Talking with John Kerschbaum earlier this month, we ended up on the subject of cold-weather rowing.  This is a natural topic of conversation with John,
as he owns and operates Gondola Romantica in Stillwater, Minnesota. 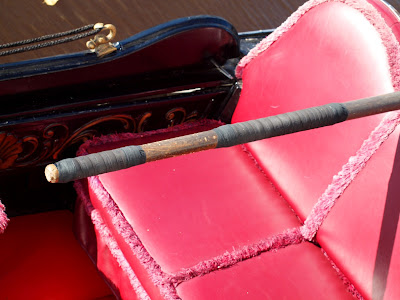 Keeping your feet warm isn't too tough, and finding warm clothes you can row in probably comes naturally for a Minnesotan, but what does a cold-weather gondolier do about his hands?
After all, grip is important - throw on heavy gloves and you lose that tactile connection with the remo. It can make a huge difference while rowing.
Add too much padding, and you stand to lose that connection. 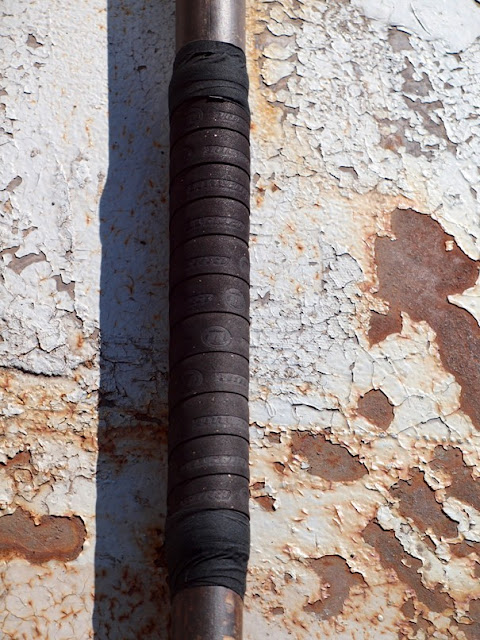 Most of the gondoliers in Stillwater have great tolerance for the lower temperatures of the North, but gripping a cold, wooden remo can chill your hands to the bone.
So John started thinking about ways to insulate the remo, and padded handlebar tape for bicycles came to mind. He walked into REI one day and asked for the thickest handlebar tape they had.
Wrapping the areas most often gripped while rowing, he created a barrier to the wood.
Here in Orange County, California, we've actually got snow in the forecast, and this week I can agree with John's words about how a cold remo "can suck the heat right out of your hands".
This gives him the ability to row longer before reaching for his gloves, and on marginal days, he doesn't have to go for the gloves at all.
John said "It takes a little while to get used to the different thickness of the remo, but the padded tape is worth it".
This was the first season a remo was wrapped in Minnesota.
They only put the tape on one this year, but it worked out well - because John was often the only gondolier rowing in cold weather. 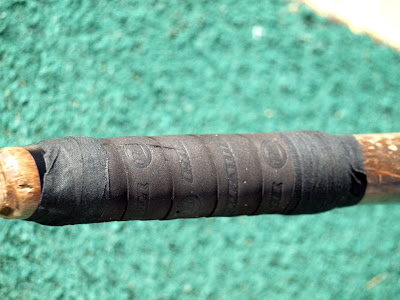 Someone else out there may have wrapped a remo with padded tape for bicycle handlebars prior to this year, but as far as I'm concerned, John Kerschbaum deserves some credit here, and until I see compelling evidence, this will go down in my book as the "Kerschbaum Remo-Wrap".

If it does snow here in Newport, Heck, I might just try it.


In closing, I asked John if he was glad he'd wrapped the remo the way he did, and he said:
"It was a good thing and I'll do it again".

I wonder if one could make money inventing a heated remo? The electrical connection could be made via contact with the forcola, so no need for unsightly wires. Maybe make it a heated/cooled/ventillated remo to please southern operators?

After all, some cars nowdays come with a heated/cooled steering wheel.