Forcola in the Spotlight 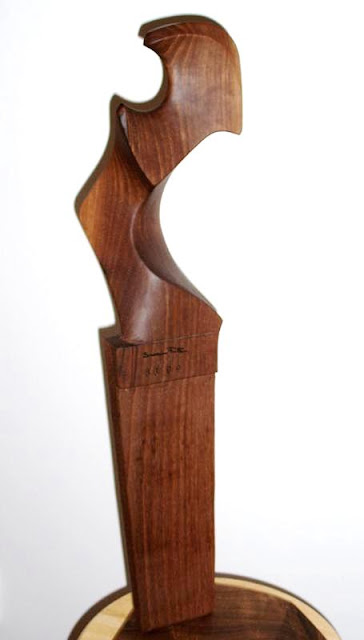 Here are a few images of a forcola carved by Saverio Pastor for the photographer Garrett Budwine.
The piece is a for a sandolo, but in this case it was bought for it's beauty, and will be the center of many conversations in the Budwine home as guests admire Pastor's handiwork. 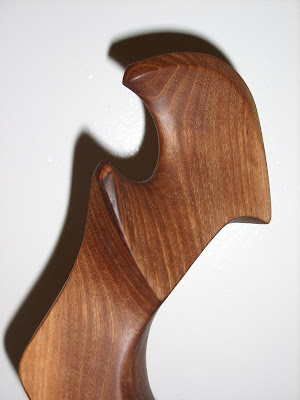 a close-up of the top half of the forcola,
with a testa resembling the one I row with on my gondola,
but on the other side. 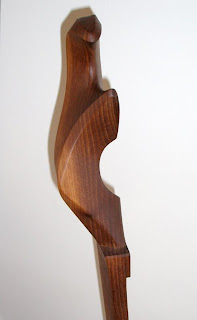 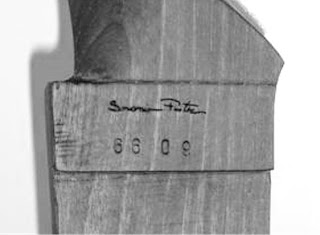 Like almost all works of art, forcolas made by Venice's three recognized remers are signed by the artists who create them.
Saverio Pastor also gives his forcolas serial numbers.
My understand is that the number on the right represents the year the piece was completed.  This forcola was finished in 2009.  Based on the number on the left, Garrett's forcola was the 66th one to be produced that year.
Posted by Gondola Greg at 11:32 PM