The Red Remo under the Oyster Bridge

Standing on the Ponte de le Ostreghe in San Marco, looking toward the Canale Grande, I noticed this gondola heading my way.
I snapped the first photo as the gondolier ducked under what I believe is a private bridge. 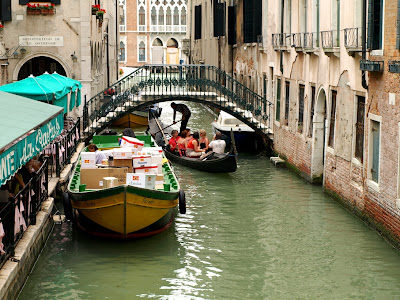 To the left, behind the bridge, is the Sotoportego de le Ostreghe.
"Ostreghe" is a word common to this particular spot in Venezia.
I'm told it means "oyster", and that in the past it was a place where fishermen (or more correctly "oystermen") would sell their catches.
Maybe it's an assumption, but I'll bet they serve oysters in the ristorante with the green awnings on the left. 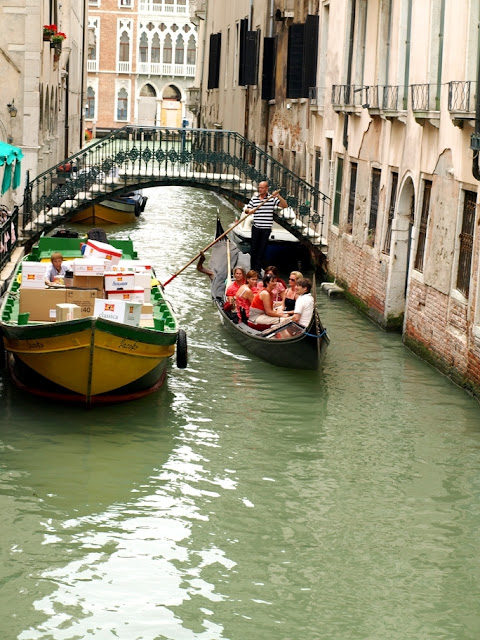 The gondolier looks to his right at the large delivery boat parked in front of the ristorante. 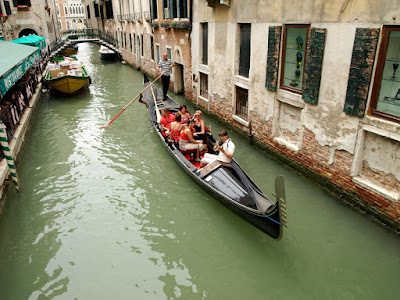 As the gondola got closer, I noticed some details:
The trasto da prua was varnished wood,
the gondolier's remo was painted red (not sure why),
and almost everyone in the boat was wearing red (probably had nothing to do with the color of the remo, but I had to wonder a little bit). 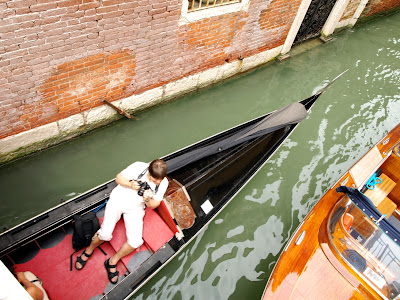 Passing under the bridge, I observed the red floorboards (definitely a red theme here).  I also noticed the canvas.  Many gondoliers have blue canvas pieces they use to cover the bow and stern decks of their boats.
Many don't remove the canvas when they are cruising.
While I haven't walked in their moccasins, I'll go on record as saying that I'm not a fan of this, and it seems to me that gondoliers ought to remove the canvas and stow it for paying passengers.
This gondolier has black canvas pieces, and while I still think stowing is the better choice, I prefer the black ones as they blend in a lot better than blue. 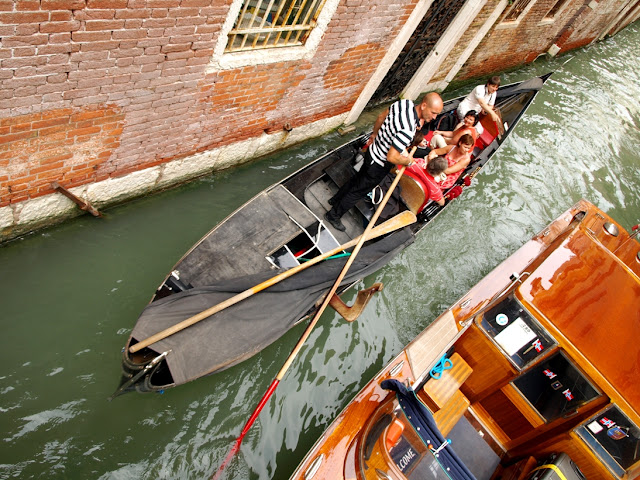 The gondola passed by an immaculate water taxi - with all the varnished wood you'd expect to see. 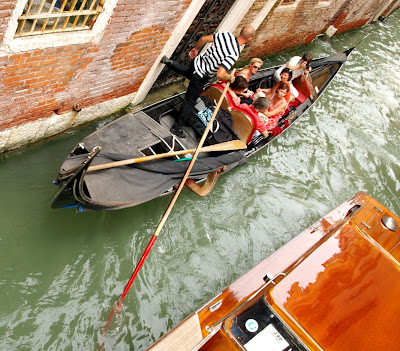 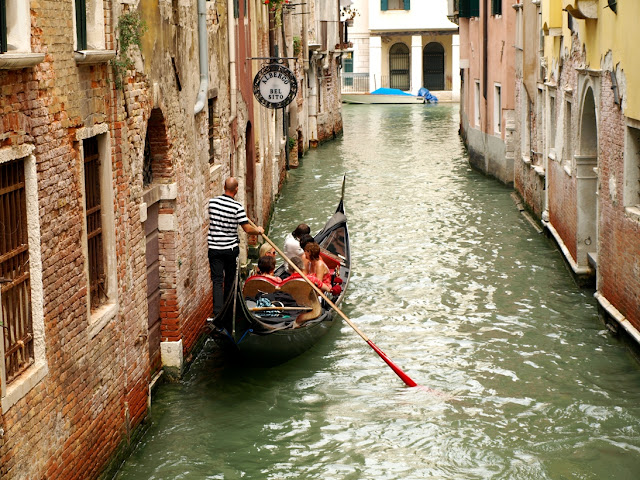 As he continued on, the gondolier rowed his boat toward the historic La Fenice theatre.
Just another gondola cruise in Venice?
Sure.  Maybe for the guy rowing the boat, who has the lucky job of doing it every day, But I'll bet the passengers will never forget it.
Posted by Gondola Greg at 11:46 PM

But you didn't tell us about whatever happened inside that shiny water taxi! It must have been notable: one passenger points it out and another one, as well as the gondolier, pay attention in that photo. Maybe there was a celebrity (dis)embarking?

I don't know what they were all looking at, but clearly there was something going on.
Maybe someone famous was doing something stupid.
Everybody loves that.