A Day at the Races - the Caorlina Regata 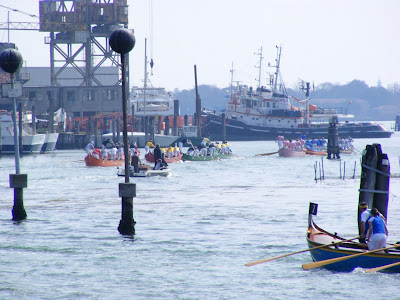 A while ago Tamás was in Venice to watch a regata off the tip of La Giudecca.  I posted some photos he took of the women's race in my post "A Day at the Races - the Women's Regata".
Now here are some great images of the caorlinas squaring off.
I was originally going to break this collection up, and post them in two or three posts, but they just seem to flow better all in a row. 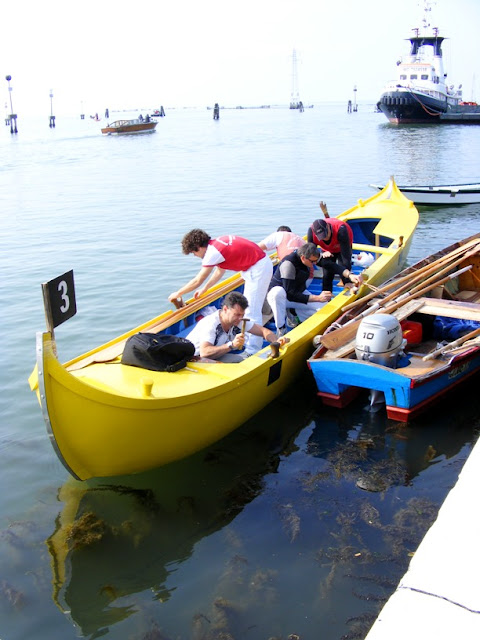 For a rower in the voga-alla-Veneta style,
forcola mounting is a very serious thing. 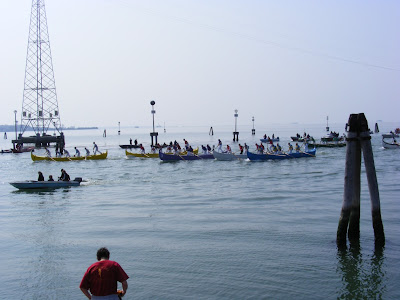 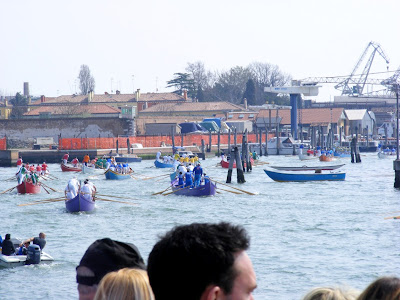 Spectators watch as the boats go by.
Another image from this series can be seen in my post "Lone Photographer" from April 19th. 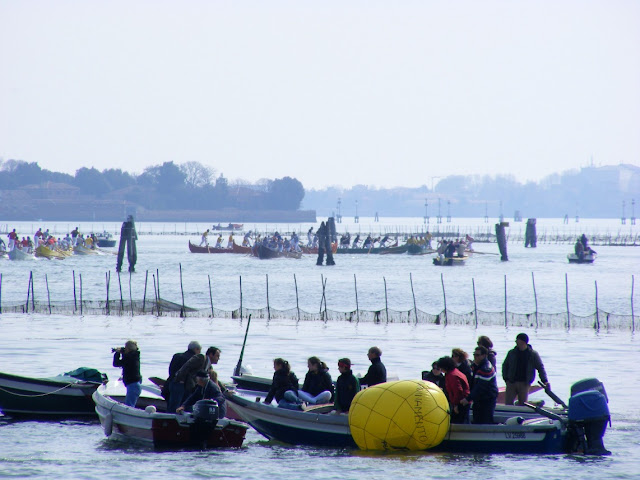 While the boats make a turn in the distance,
race committee officials deal with a big yellow marker bouy closer to shore. 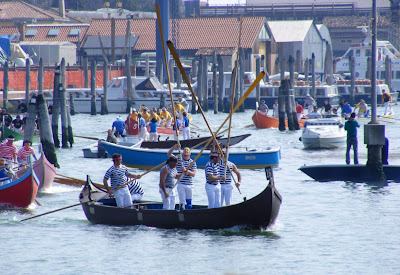 As the first caorlina crosses the finish line,
the men on board raise their remi in the customary salute. 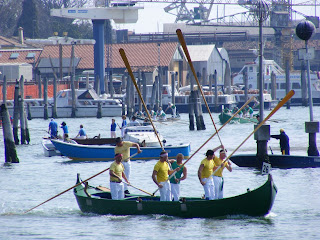 Another raised-oar salute, this one not as effective as the last (I think these guys were pretty tired). 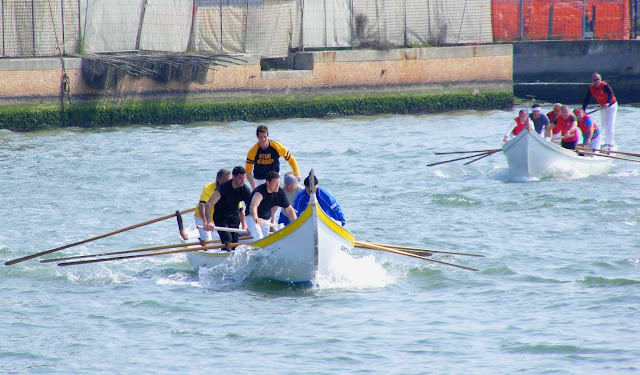 More boats approach the finish line,
jockeying for position and doing their best to finish well. 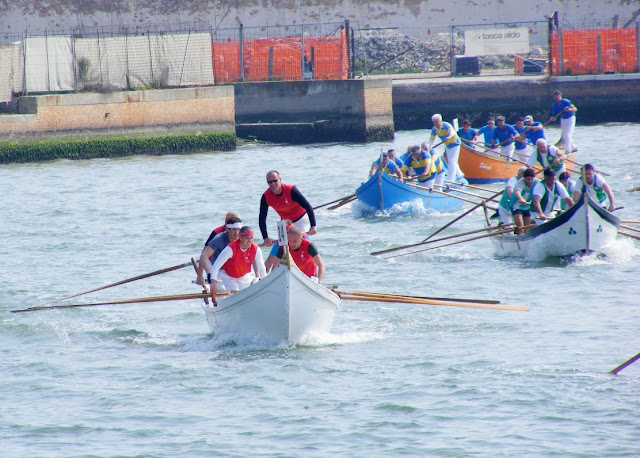 Other Venetian boats may be more streamlined,
but the shear power of a six-man caorlina plowing
through the water is an impressive thing to see. 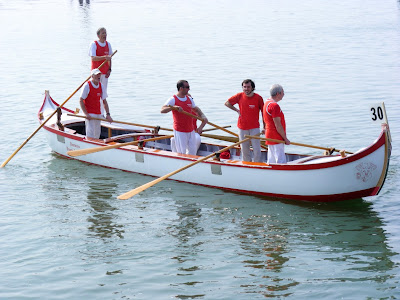 Rowers take a moment to recoup after the race. 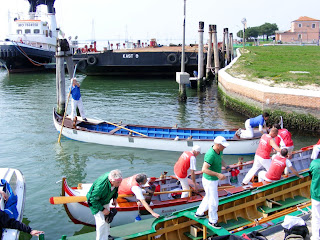 Boats come in to shore for the post-race festivities. 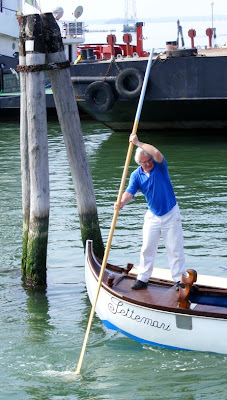 A good example of tirare-acqua can be seen here. 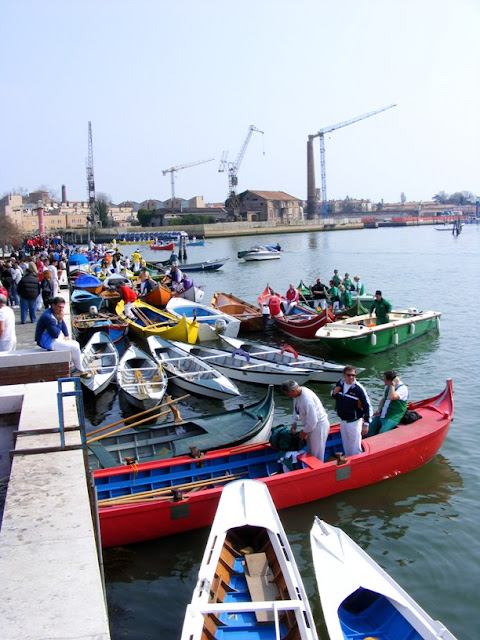 Parking is a premium. 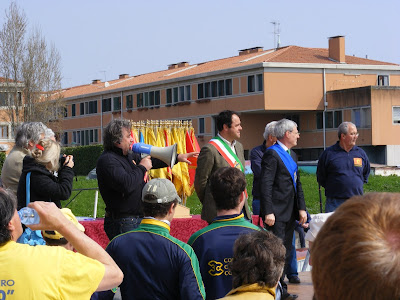 And after everyone has arrived, the award ceremony begins.
Many thanks to Tamás for sharing his images with us.
Posted by Gondola Greg at 11:39 PM