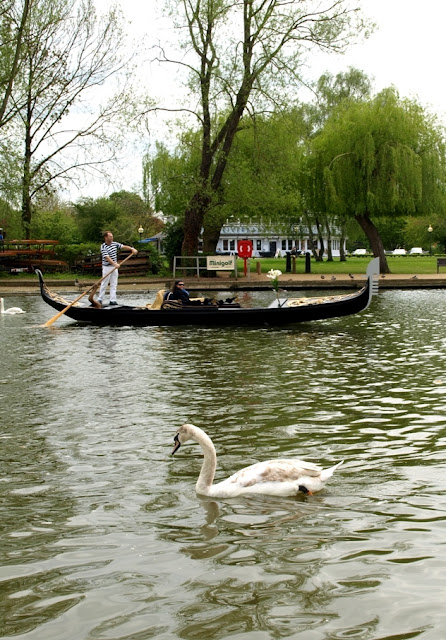 On a slightly overcast day in May, I had the opportunity to row a remarkable little gondola in England with my wife Elisa as my passenger.
It was something I'd wanted to do for the longest time, having traded
e-mails with the boat's owner for several years.
Finally I managed to get out to the historic town of Stratford-Upon-Avon.

The hospitality of Nick Birch was beyond what I'd expected,
and before I knew it the boat was launched and dressed for a row.

Elisa stepped on board and took a seat, I released and stowed the lines, and away we went on a journey that lasted only about an hour,
but provided memories that will be with us forever.

The Corelli Gondola is unique in many ways, but the most prominent is that she's a scaled down version that was built in Venice.
No, she's not a "half-size", (those boats are impressive in their perfect mathematics of measurement) this boat was built with a more practical approach, and she's a dream to row. 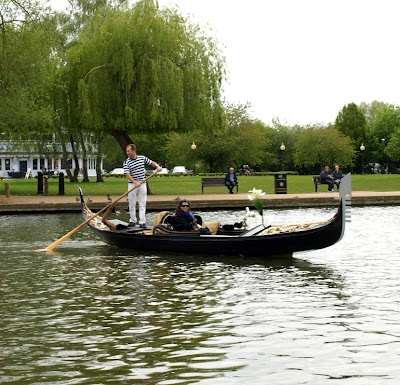 I pushed a few gentle strokes and we were moving easily through the waters of the Avon.
I was pleasantly surprised at how nimble the boat was.
All was tranquil, all was perfect, until I heard a buzzing from behind me. 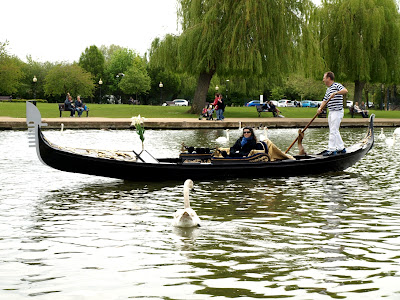 I turned around to see Nick motoring toward me at quick clip. 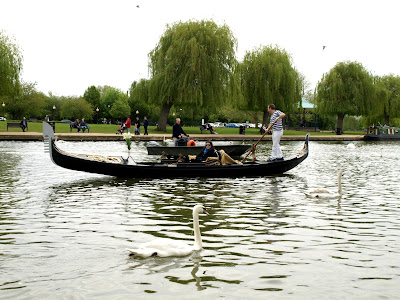 Nick had a determined look on his face and I began to worry that I'd done something wrong. 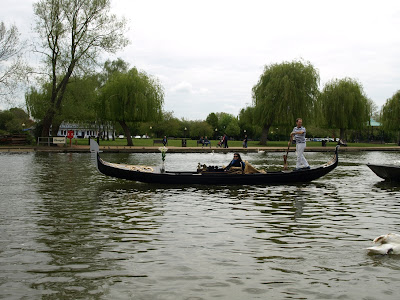 Nick pulled up alongside us and said
"I thought you might want to borrow my hat". 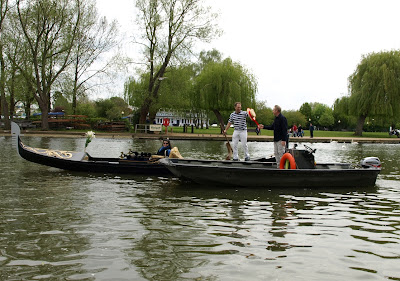 I was so relieved, and laughed at the situation. 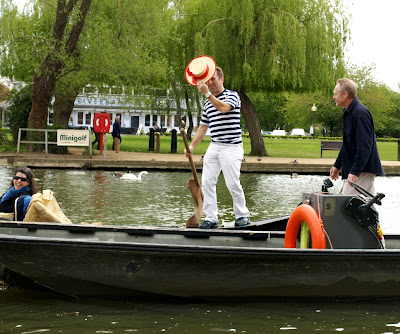 Like I said earlier, The hospitality of Nick Birch was beyond what I'd expected. Here was a guy who'd let me use his boat (even launched it for me), and then he chased me down with one last detail - his own hat! 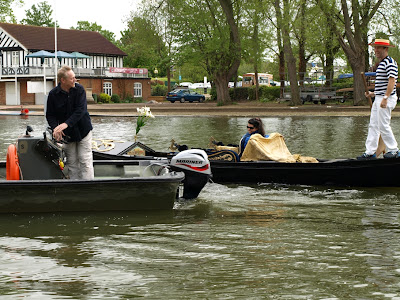 The hat fit nicely, I put it on and I thanked Nick again. 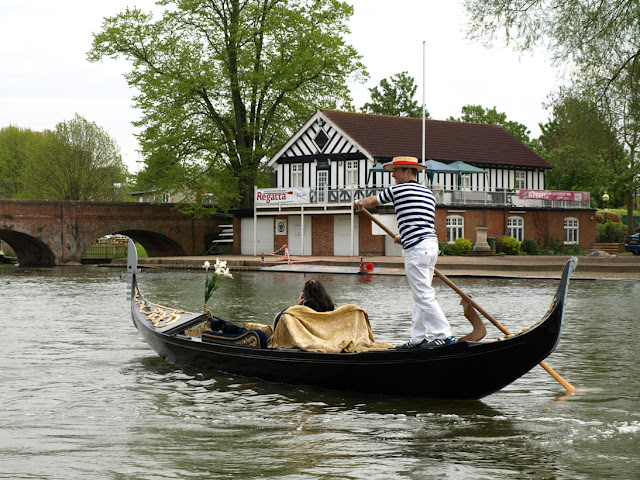 It was an honor to row such an historic vessel.
We had a great time and we owe it all to Nick (and his hat).
Posted by Gondola Greg at 11:13 PM