Venice has many names.
In English speaking circles we call her "Venice".
She is known as "Venedig" to those who speak German,
"Venise" to the French,
and "Venezia" to anyone who speaks Italian.

But this incredible place has another name,
one that dates back to her days as a republic:
"La Serenissima".
The most serene.

This is not just some marginal new nickname, it dates back to the days when Venice was not part of Italy, but the Republic of Venice.
During that time she came to be known as "La Serenissima".
I'm not an expert on this etymology, but I'm told that the name was as common as New York's "Big Apple" or Ireland's "Emerald Isle".

Serene has more than one definition, but Martina has this natural ability to capure the city's "serene side". 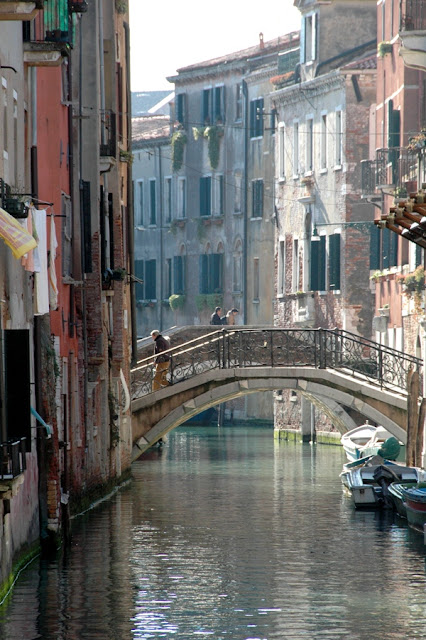 In describing the above image, Martina wrote:

Every time I look at this photo, I feel like I’m there, again and again, like an impressionist picture. A thin and loose fog in the background makes the buidings a little blue, the same blue decadent mood of Venice. Simply unique. 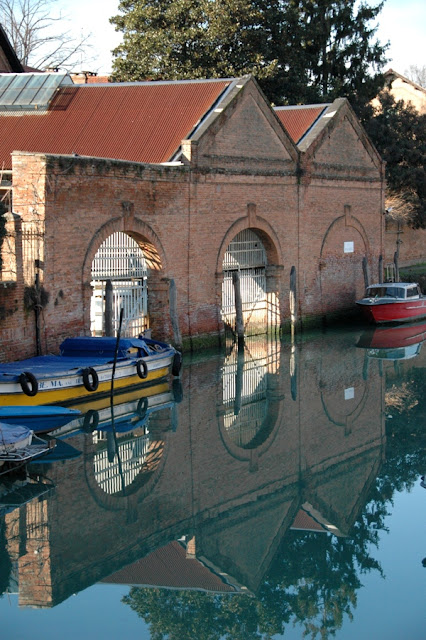 Here's a perfect smooth water reflection of a boatyard gateway. 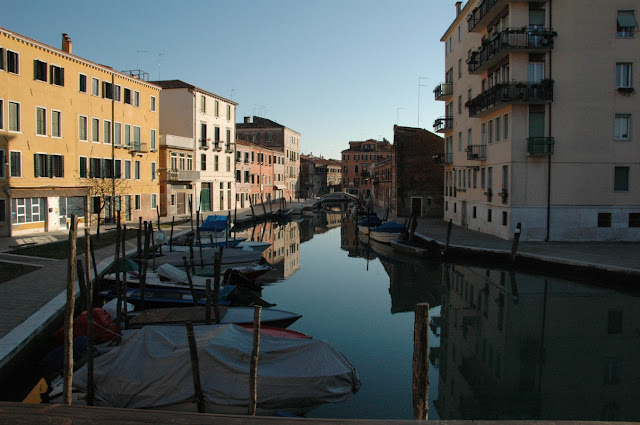 Martina knows the quiet places, and shoots at the best times.
Here's how she described this one:
The sun going down and the sky reflecting on the water. There was nobody around, the only “noise” was the water flowing slowly. 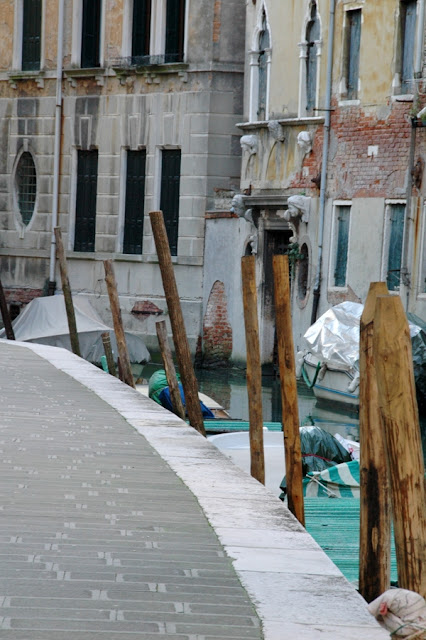 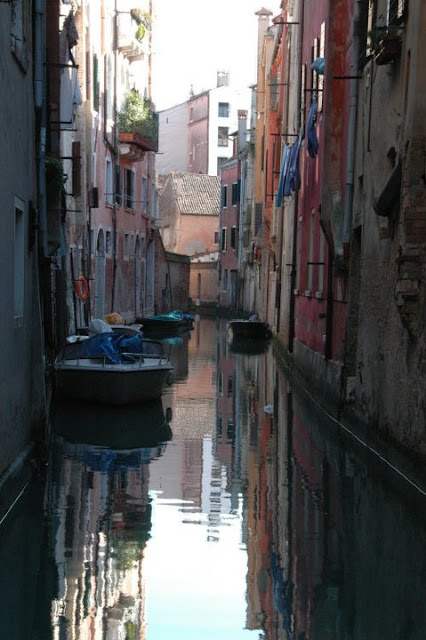 A cool, quiet passageway - just waiting for someone to row it's serene waters.
To see more of Martina's calm scenes of Venice, see my January post "Laundry, the Sun, and Quiet Places".
One of my favorite images from Martina was featured in my post "Serene Reflection" last month.  That photo should have been included in this collection, but I felt it deserved it's own post.
Posted by Gondola Greg at 11:17 PM