Comings and Goings in Coronado 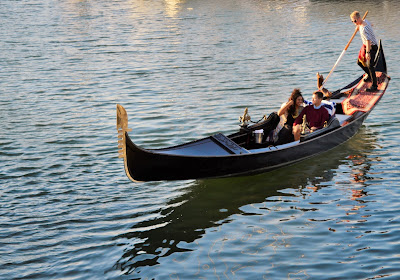 I stopped by The Gondola Company in Coronado, California today to visit
with Sean and watch his boats come and go.
It was my first time seeing their new office and dock facility.
Just like the boats - nicely put together and very well-kept.
As luck would have it, I showed up on a day when the gondoliers on duty were Cole Hanson and Eric Bender - last year's tandem sprint gold medal winners at Nationals.
Jackie Molino was there too, running the office and helping the two gondoliers board and depart with their passengers seamlessly.
As Sean and I sipped a little Pinot Grigio, and talked about:
traditional regatta starts,
the pros and cons of having cell phones on board,
and how we both hate iron nails,
I caught some nice snaps of Cole and Eric working their magic on the water. 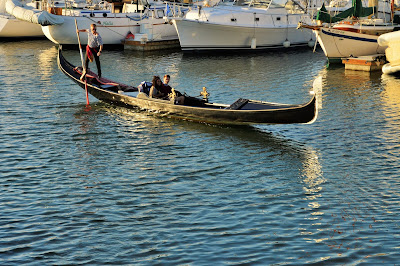 At the end of a long indietro, Cole gets the boat at just the right angle... 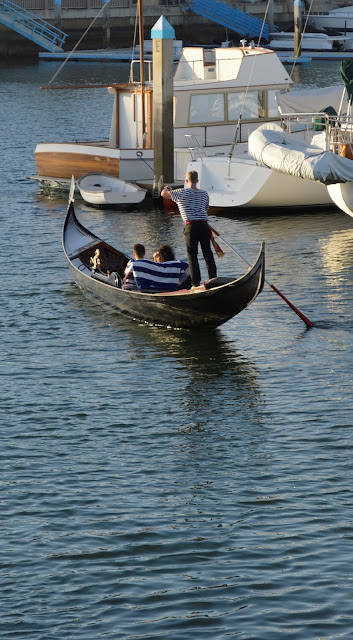 ...to spin her around and row off into the canals. 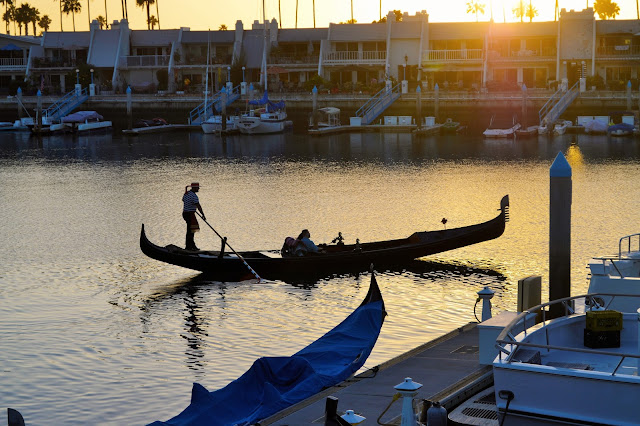 Eric stands on the back, with golden rays peering over the rooftops behind. 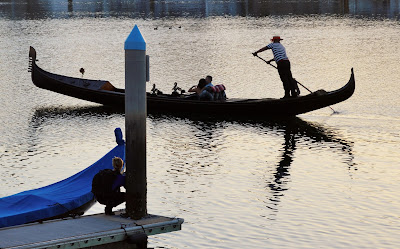 If it seems like perfect conditions for photography, it's no coincidence.
But I wasn't the photographer who set it up - no, she's the one down there on the tip of the dock (probably snagging a much better photo than mine). 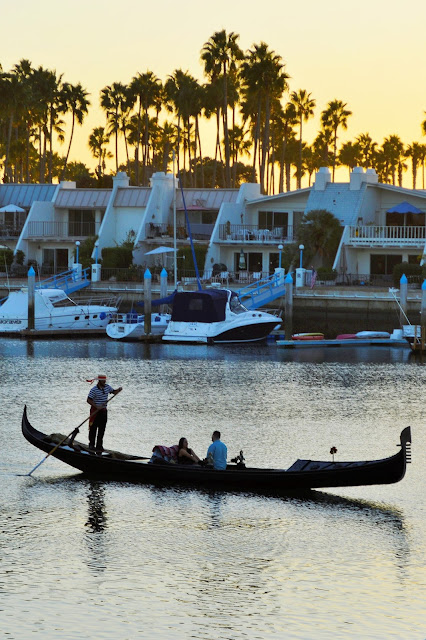 many times this week, I've walked down onto my docks in Newport with another gondolier and remarked "I can't believe we get to live here".
I'll bet they say the same thing down there in Coronado.
Posted by Gondola Greg at 11:00 PM