Attention to the Details of the Tramontin Sandolo 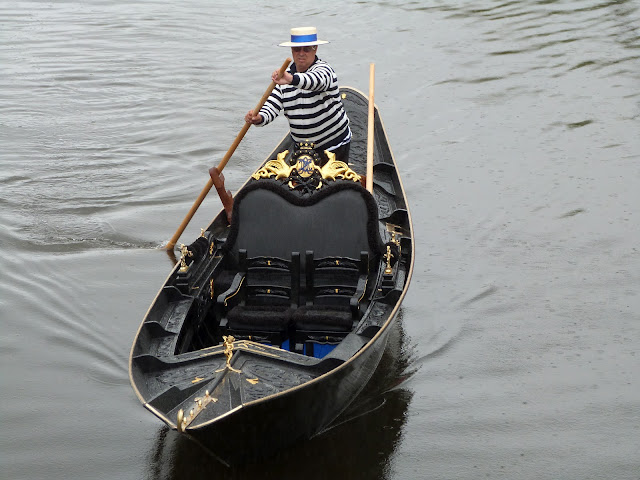 A while back I posted about a beautiful new passenger sandolo in Canada (see "Carved Boat in Canada").
The owner of that exceptional boat just sent me these images, which give us an idea of how hands-on the Squero Tramontin was with this sandolo. 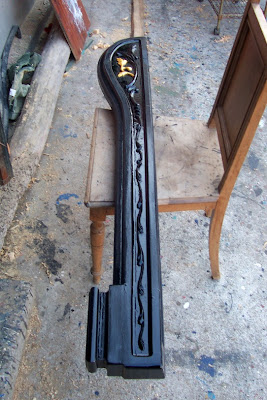 As she is a full fledged passenger vessel, she has all the parecio,
including the "pusiol" armpieces like the one above. 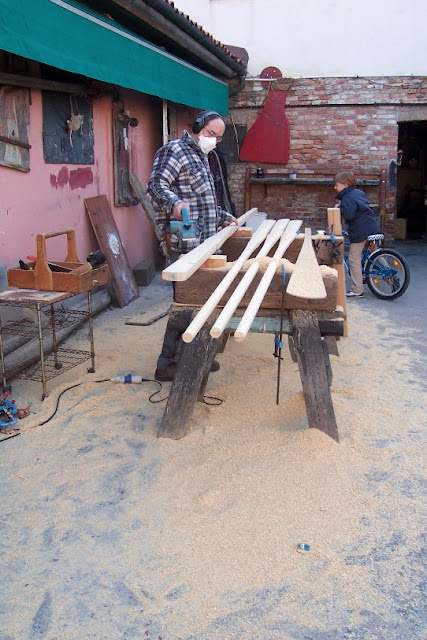 The oars for this boat were made in Squero Tramontin. 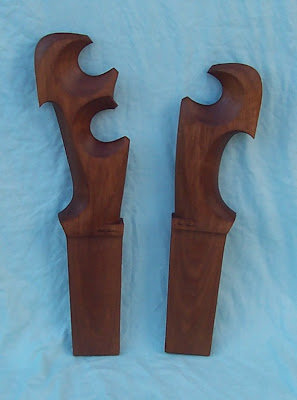 These beautiful forcole were also reportedly crafted by the men who built the boat.
Often these pieces of rowing hardware are made by a separate craftsman known as a remer, but as you can see, Tramontin tended to every single detail.
Including the chairs. 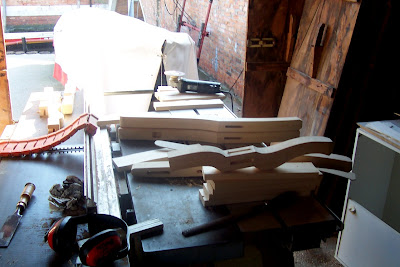 The chairs begin as a stack of wood, which is trimmed down into specific pieces that fit together like a puzzle. 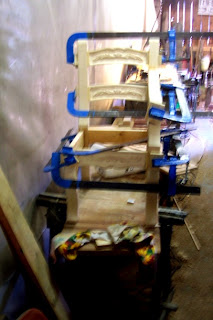 All those pieces are put together with a special glue, and then the whole thing is clamped together from what looks like just about every angle. 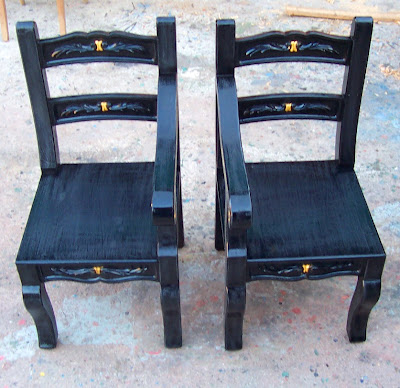 The end result is a pair of chairs that are specially built to fit next to each other with an arm on each side.  I was told that they arms were meant to be on the outsides so the whole thing is like a love seat, but I can see how swapping sides can be a better choice if the two passengers seated aren't a couple (or aren't on speaking terms).
As the first sandolo to come out of the Tramontin yard in fifty years, clearly they were determined to dictate every single detail.
The boat is beautiful, and I understand that the owner, Lorne, has taken over one hundred cruises since he launched her earlier this year - lucky couples, all of them.
Posted by Gondola Greg at 11:55 AM