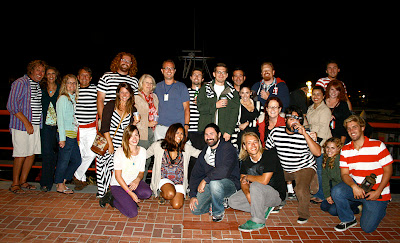 Last night a bunch of us California gondoliers and friends got together to give a proper send-off to John Synco and his wife "Trish the Dish".
The Synco family will be moving to the Seattle area soon - a great loss for So Cal as far as I'm concerned.
I was unable to get there until halfway through, but fortunately John had his camera and tripod, so a "usual suspects" photo was taken. 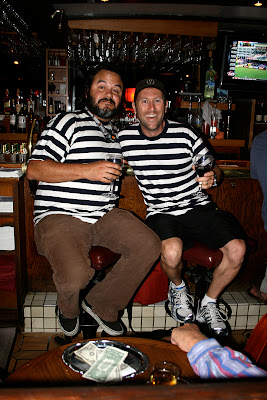 By the time I met up with everyone, they'd already rowed to Captani Jacks, and everyone was already well-marinated.
It was a great, and noisy time, with lots of singing (rarely on key).
Next, evryone jumped on the boats.
I swiped the boat that John had rowed over,
and made him sit as a passenger. 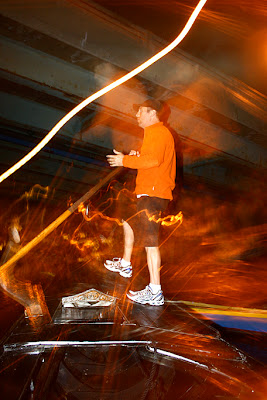 More photos are sure to come, maybe some video too - although last night's recordings were a lot less, um, professional than ones we've captured at past get-togethers.
Posted by Gondola Greg at 11:16 PM