I always get a kick out of walking through a grocery store
in my gondolier's uniform.

The looks you get are priceless.

There are the people who try not to stare
(or try not to let you see them staring),
then there's the guy who cracks a "Where's Waldo" joke.
Folks ask if you're on your way to a costume party,
or if you do singing telegrams. 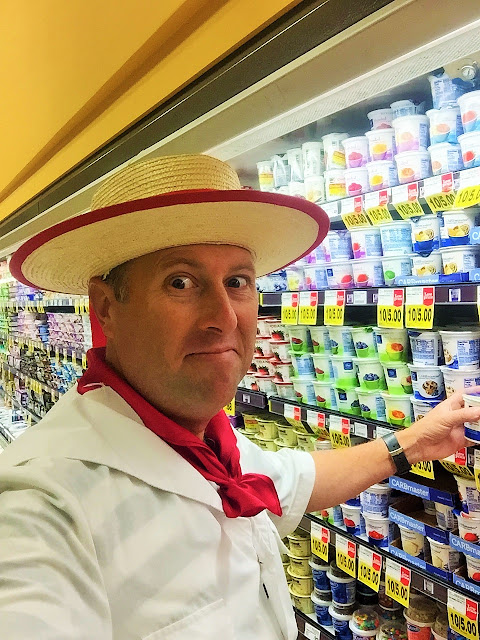 "Clean-up on aisle five, and it looks like we've got another gondolier
in the yogurt section.  Get a mop and some pesticide."

I like to tell them:
"Lots of people have work uniforms - mine is just a bit more festive".
It can be fun going out in public dressed as a gondolier.

Ah, but there's another side to it:
What about when you're not having a good day?
The truth is that if you can be identified as a member of a "group"
then you are a representative of that group.
It doesn't matter if you're wearing a work uniform or a team jersey.
Even an accent can tell people that you're from a particular place.

Some of you might not like this,
but I'm not a fan of the Oakland Raiders football team.
It has nothing to do with the team...and everything to do with their fans.
The ones driving - with the big window stickers on their vehicles - do not represent their favorite team in a civilized way.
The ones walking around in Raiders jackets and jerseys are often
either gang members or they act like they are.

Sorry Oakland.
You might have a great football team,
but some of your fans need a lesson in manners.

I could go into a similar rant about owners of black BMWs,
but there's not enough room for it in this post
(and their behavior speaks for itself).

I knew a guy who ran an auto parts delivery service.
One of his drivers cut off a nice old lady on the road a while back.
The nice old lady had a cell phone, and dialed the number on his bumper
(you know, the "how am I driving?" number)
When the driver got back to the shop, he didn't know what hit him,
and was summarily fired (after all the yelling was over). 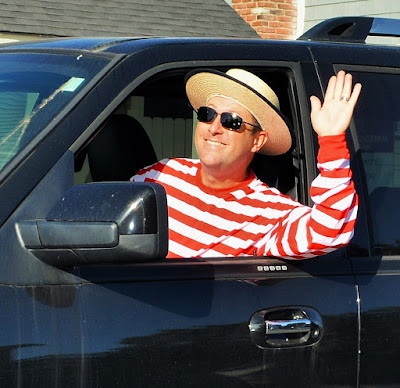 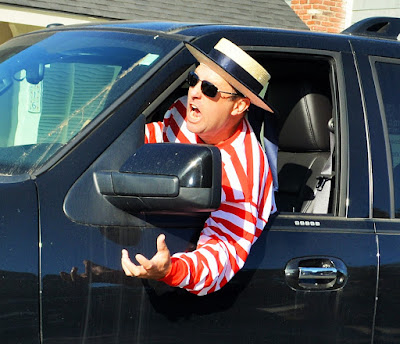 And whatever you do, DON'T do this:
Photos and video by Isabella Mohr.
Special thanks to Steve Atkins for helping me with video editing.

No matter where you go, and what you do,
you are a representative of someone.
Sorry to say that many of my American brothers and sisters have given
the rest of us a less-than-stellar reputation as they've traveled the world
(often in an loud and entitled way).
Our white socks and loud voices alone give us away.
Expecting people on the other side of the world to speak our language
and serve us food the way we like it makes us all look bad.

All of us gondoliers, when we are wearing our stripes, are representatives
of the company we row for, and gondoliers in general.

So be nice on the dock, but be nice in the parking lot too.
We are all "striped shirt ambassadors"

This also goes for your social media presence.
If you choose to make your online presence crass, dirty, or even overtly political, you'll want to make sure it doesn't also represent your place of employment in some way.

Several years ago I had an employee who expressed his own personal opinion on a political issue on an internet chat platform.
No problem there - we are all entitled to our own beliefs,
and I am a big believer in honest conversations on issues that affect us.
The problem arose when someone got very angry with what he said,
and then called my office to yell at someone.
How did they know to call us?
This employee had my company as his listed place of employment and had gondolier photos as well.
To make matters worse, his comment got picked up by the local newspaper's online discussion of the issue.

This graphic started popping up in various places, and it shows how athletic programs are checking potential recruits.
Some guys just don't get it. 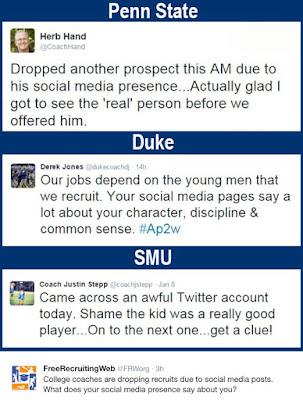 In person, on the road, and even online...manners matter.
So the next time you're running late for work, and you're flying down the road in your striped shirt, think about how you might be representing the company you row for, the gondola business in general, and our beloved Venezia.
Not everyone you annoy on the road or in other places will draw conclusions, but some of them will.
And remember that the closer you get to the docks,
the more likely it is that the people in the car in front of you...
might just be your passengers.
Posted by Gondola Greg at 8:54 PM

Labels: issues that may concern the gondola business

I love this! Well said. Always try to be of good cheer wherever I am