photos by Mark Mohr
It's been under wraps for some time, but now, with all of the arrangements in place, Gondola Greg is officially announcing Southern California's newest servizio:
Salton Sea Gondola Cruises
"Real estate is key out here in the desert" , says Greg.
"You gotta secure an office - a headquarters - for your operation,
so I scored this sweet desert domicile to build my fortune-making gondola business here on the Salton Sea.  I'm totally stoked!" 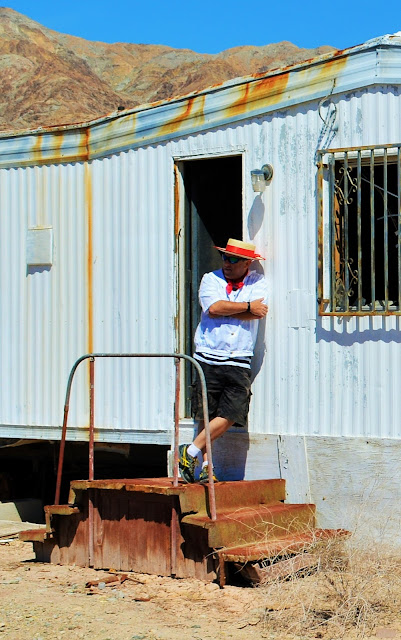 Dressed and ready!
The Salton Sea is an unusual body of water.
It's the largest lake in California, but it started as an accident.
Water was diverted from the Colorado River in 1905 when work was being done to build irrigation canals for agriculture in the basin.
After water had spilled into a salt flat for two years, the Salton Sea was born.
Canal engineers finally caught the overflow leak and brought the flow of fresh water to an end.
The water was already salty from previous deposits, but the Salton Sea has continued to increase in salinity by one percentage point each year.
Currently it has a higher salinity than the Pacific Ocean, but not as much as the Great Salt Lake in Utah.
In its heyday, the Salton Sea was wildly popular - the Lake Tahoe of Southern California.  People flocked to her shores to sun and picnic.
Boating and waterskiing was huge, and the fishing was great.
Unfortunately the combination of increasing salinity, no drainage, and much of the water flowing into the basin coming from agricultural runoff - the water quality has gotten increasingly worse.
But Gondola Greg doesn't care.
He sees that as a welcome challenge.
"Fish are dying? Hey, cool. It's the circle of life, man.
I see each dead floating fish as a teachable moment.
Smells like an old tuna can?  Makes me hungry.  I think I'll make a sandwich."
Winds that top 30mph at peak cruising time also don't seem to deter him.
He claims to be ready for the challenge.
Currently there are no boats offering passenger cruises,
so naturally Greg sees this as a fantastic opportunity
to have a corner on the market. 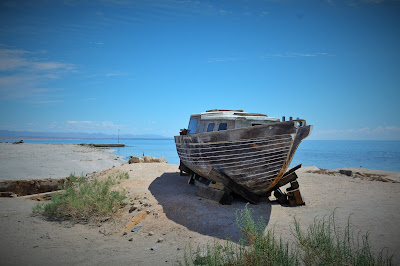 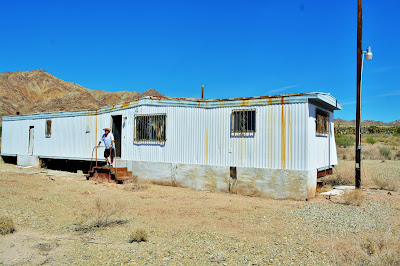 
Sometime in the early 70's, after two hurricanes pushed the corrosive lake water up and into the towns on the shore,
Sonny Bono and members of The Beach Boys pulled out,
leaving the inland Riviera with no more star power.
Gondola Greg has the solution:
"I'm gonna bring out a bunch of last year's reality show stars, along with some failed former political candidates,
and we'll make a new reality show - maybe about fishing." 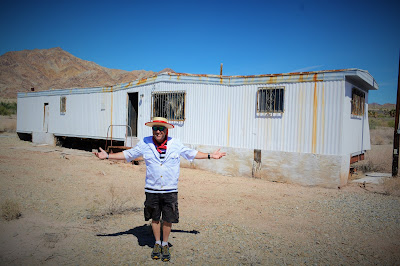 The office headquarters is in place, and a fleet of twenty-six gondolas is being launched at this very moment.
These special boats are made of recycled styrofoam and all-natural hemp fiber, pressed together and popped out of fiberglass molds.
Each gondola will be 39 feet long (because bigger is better, right?).