Two of a Kind 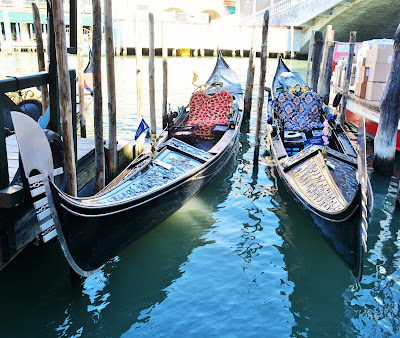 I spotted these two beauties next to the Rialto Bridge
in Venezia last September.

It was one of those stop-what-you're-doing moments.

Gondolas like this deserve reverent admiration.
Both were wedding gondolas (with carved decks).
Both had tapestry cloth seating,
and both were nicely appointed and well cared for. 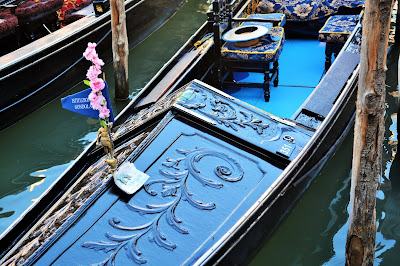 I noticed that the deck carvings were of very different style. 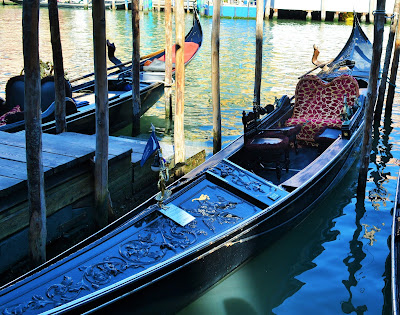 I'm sure that the gondoliers who row these boats do well with such a key location.
It's important to mention, though, that while all of Venice's gondoliers
are skilled and capable of getting out of trouble, the ones who row
in this spot work in what might best be described as a
"maritime bottleneck on a freeway".
These gondoliers have to be the best of the best to work here,
because the vaporetto traffic is fierce near the Rialto.
And yet they do it in such a way that it looks easy. 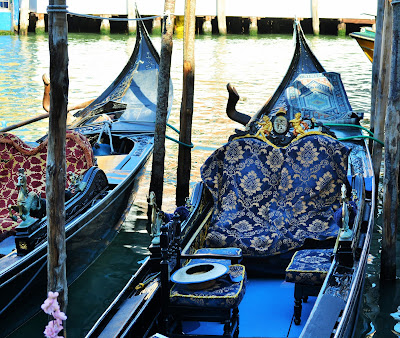