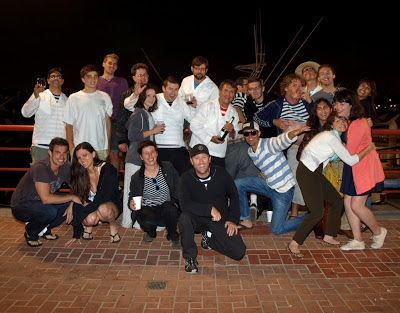 After dinner and socializing, announcements were made.
As is often the case, a couple of Tim's gondoliers were inducted into the Order of the Marinere - gondoliers who have reached a level of ability that they are worthy of wearing the traditional white overshirt known as a "marinera". 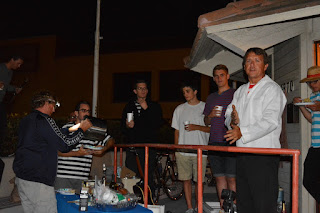 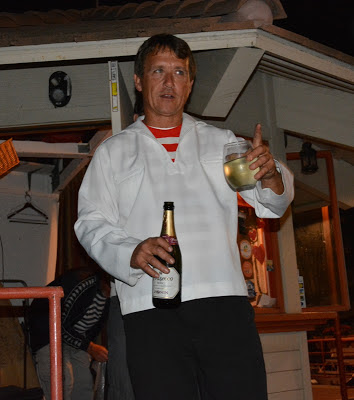 Toasting is an important component, of course. 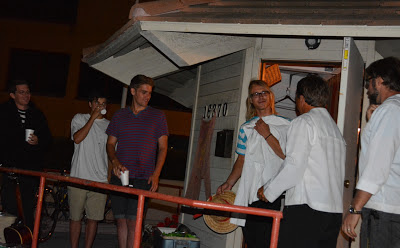 "Ricardo di Montagna" is presented with a crisp white marinera. 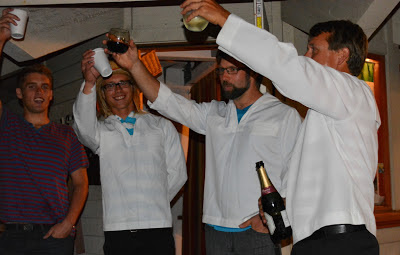 It fits well, and the new inductee raises a toast with Tim and Stefano. 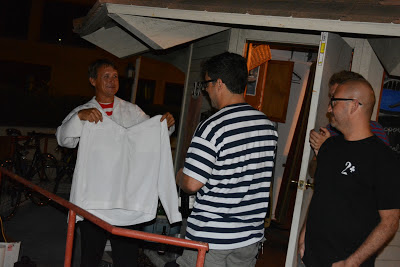 Nico is the next one to be tapped in. 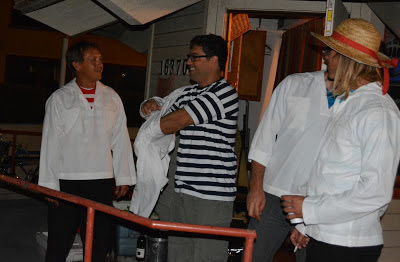 All smiles as the shirt goes on. 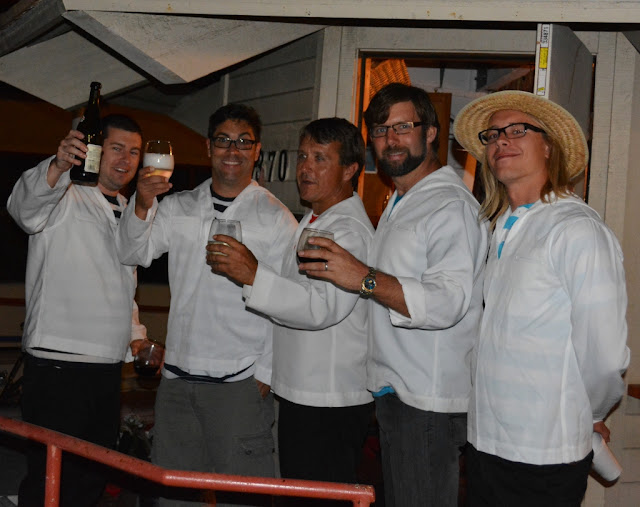 Great photos Greg. Thanks for coming.

I miss you guys.

Cinque, we miss you too.

We all did a tribute to you in one of the Group Shots.