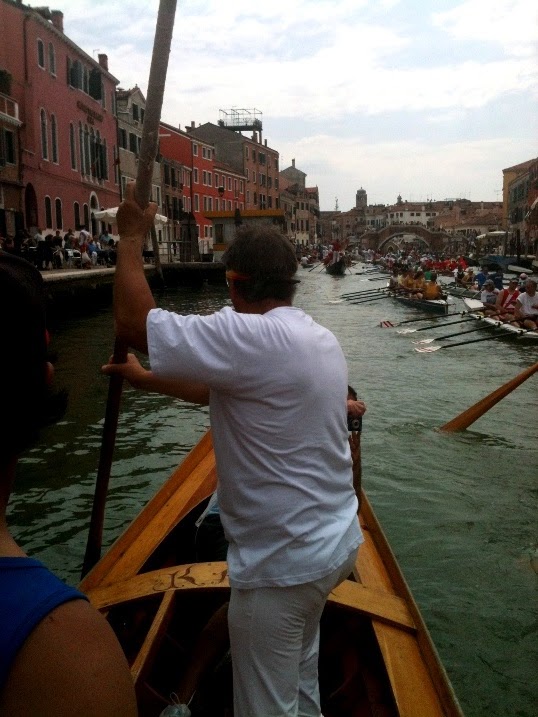 Every year, people from all over the world participate in the famous Vogalonga, and every year for quite some time, a contingent from Gondola Getaway in Alamitos Bay is there.
I have to give credit here - it's not a short trip to get there from the West Coast. Unless you're really clever or have amazing connections,
it's not cheap either.
But every year there's someone there to fly the California flag. 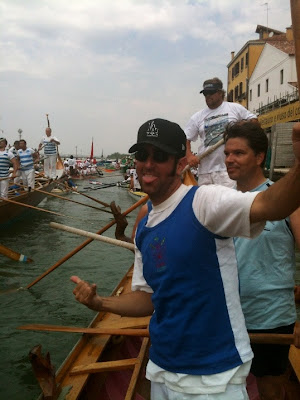 Peter - hanging loose in a Dodger hat.
This year, thanks to peter Dever, we also have visual proof that some folks were there wearing Angels and Dodgers hats.
Having grown up in L.A., and being a resident of Orange County,
I got a kick out of seeing both logos - so far from home. 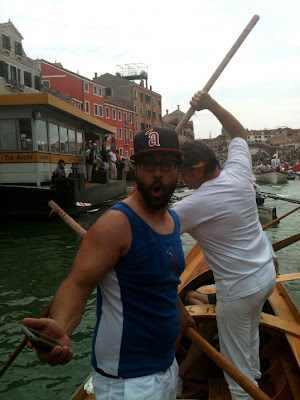 Angels fans will love this shot of Nico as the boat approaches the Tre Archi bridge.
This year the rowers from Alamitos Bay were on a beautiful "balotina" from the Remiera Casteo, along with some local rowers. 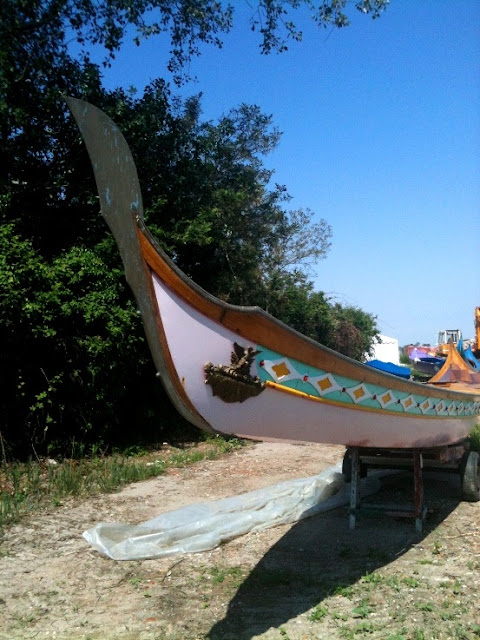 Balotina.
The balotina is a nice, big boat; but she appears to cut nicely through the water. They had her rigged for six oars, with eight people on board. 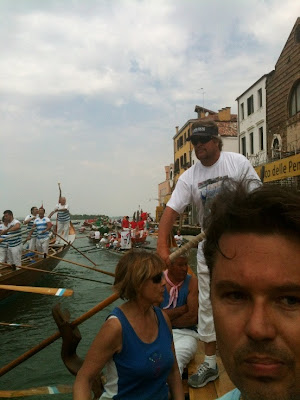 Mike O'Toole of Gondola Getaway at the helm. 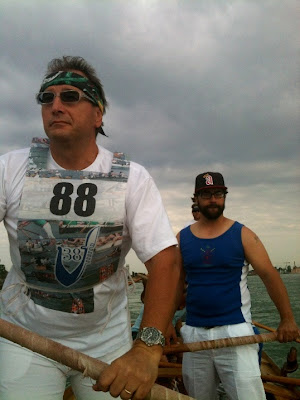 Venetian rower "Sandro" wears the bib.
Human powered boats of all types can be seen in the lagoon for Vogalonga, and if you can pick up a camera while rowing (not easy to do when rowing with Venetians), you can snap some great pictures.
One of the more impressive vessels is the 18-oared boat from Società Canottieri Francesco Querini. 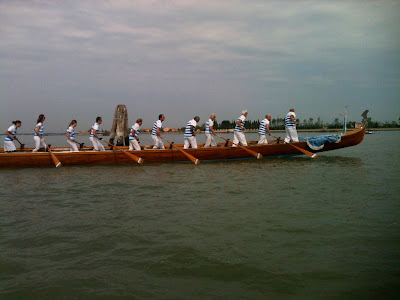 Eleven of the eighteen in the frame.
Getting a good shot of this boat is no easy task - after all, she is said to be twenty-four meters long! 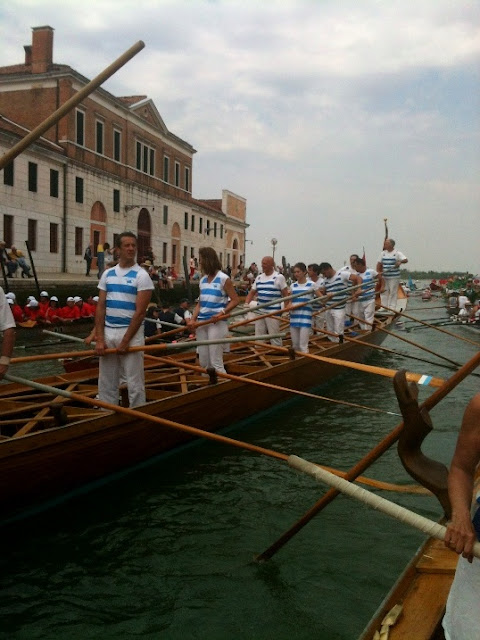 Imagine how maddening it must be to try and squeeze that big "desona" through the Canale di Cannaregio. 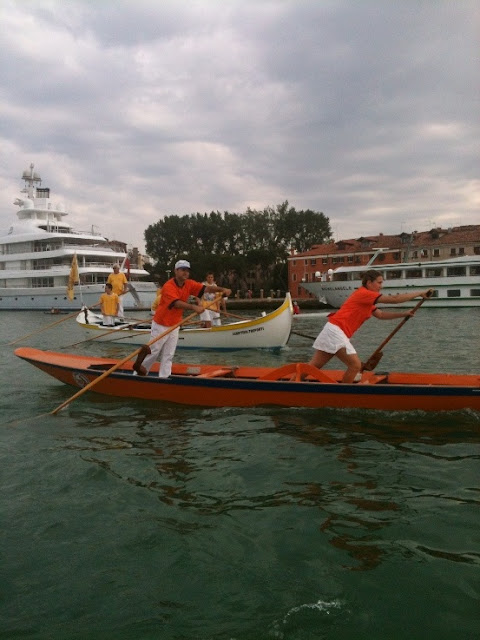 Some of my fellow club members from the GSVVM rowing tandem while a caorlina from another club rows with a bigger group.
With a team of determined rowers, the balotina managed to make it to the finish line in about three and a half hours -  not bad, especially since Peter estimates that they spent about twenty minutes to get through the mess in Cannaregio.

Once across the line, they had to get the boat back to the club, and Peter tells me that conditions were challenging, saying:
"Getting back to the club in Casteo was harder rowing than anything we faced during the whole vogalonga."

Of course no club event would be complete without food - especially after building an appetite with all that rowing. 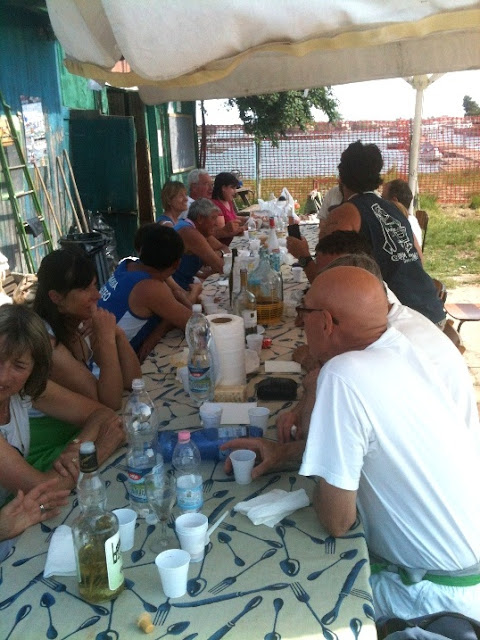 If you happen to live in or near Seal Beach,
you've probably already noticed it:
the dark, sleeveless shirt on the right is from the Katin Surf Shop.
Cangrats to the rowers of the balotina this year,
and thanks for the photos, Peter.
Posted by Gondola Greg at 2:26 AM