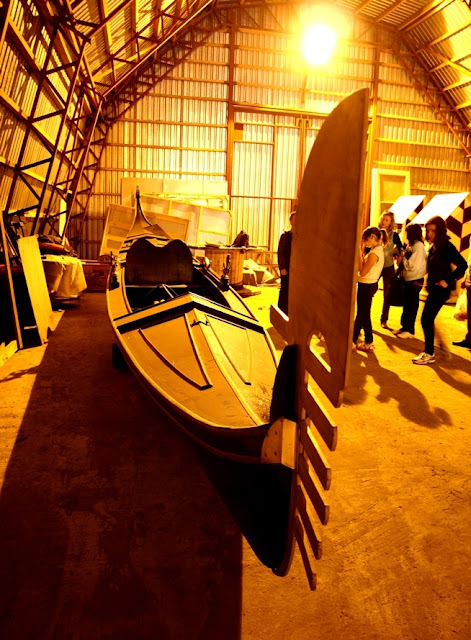 Two days ago in St. Petersburg,
I stood in the presence of a Venetian painting.
Yesterday I saw a Russian gondola and made friends with the man who cares for her.

Outside the city of St. Petersburg,
on the grounds of the famous Catherine’s Palace,
there's a very unique gondola.

St. Petersburg has long been known as "the Venice of the North", and while there are, and have been other cities that have compared themselves to Venice, traversing this city for the last two days has brought me to a better appreciation of the moniker.
She may not have some of the things that Venice has, but the similarities are many - including a lot of canals and bridges. Oh, and then there’s the gondola.

Because St. Petersburg is so far north, their gondola season doesn't begin until about the 20th of May.  When I arrived, the boat was still out of the water.
I'd made arrangements months in advance of this visit, and was well-received by the staff there at Catherine's Palace.
My family and I were greeted warmly by Dmitry Rdabyevsky and his son Ilya, who showed me to the storage building where the gondola was being kept until her scheduled launch later in the month.

I was impressed with Dmitry’s ability with the English language (impressed and quite thankful, because my Russian is very weak).
There are many gondolas I’ve wanted to see first-hand for a long time, but this one was high on my list – unlike many gondolas in Europe, this boat was not just hoisted out of the water in La Serenissima and trucked to her new home.  I must confess that I’m still trying to solve the mystery of the origins of the gondola at Catherine’s Palace.
This article in the St. Petersburg Times from June of 2004 gives us some idea, at least of how the press saw the original operation coming together - they got some things wrong (like the whole "pushing with a pole" misconception, but that happens in the U.S. a lot too), and it sounds like the fleet count of six was not the final count.
Dmitry explained to us that a total of five of these unique vessels were produced in St. Petersburg, and that they were assembled using parts that had been shipped from Italy.
Originally they were all afloat in a waterway closer to the city center, and after a few years, the owner sold them off. Four of them ended up in or near Moscow – I’m told that two are on display and two are afloat.  The remaining gondola was bought by the museum there at Catherine’s Palace,
and she fits neatly on the lake.

I shot a series of photos without a flash,
and I’ve posted some of them here.
In the future I may also post some that I shot using a flash unit, and more that were shot by my daughter Cassandra. 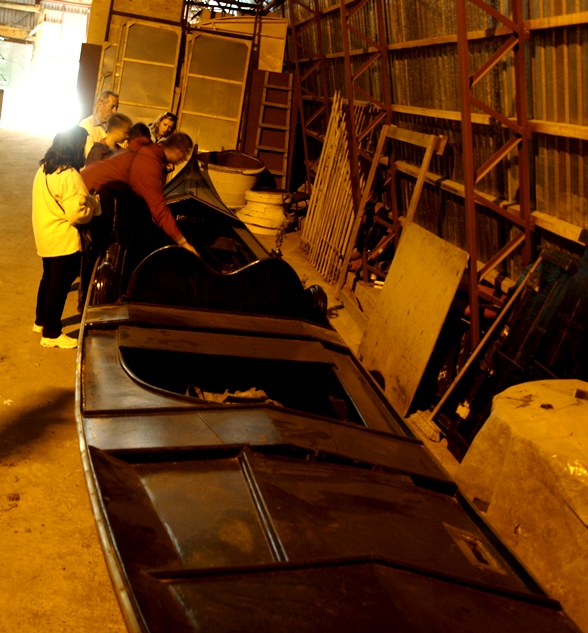 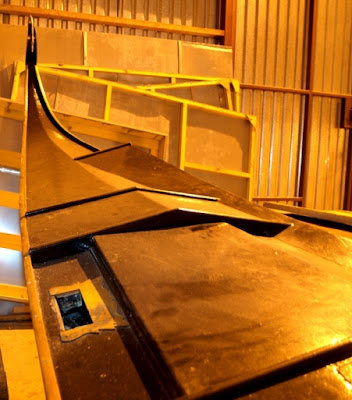 As you examine the images of the boat, you’ll notice some details that set her apart from other gondolas.
One such design feature is that this gondola seems to be a bit lower on both ends – my guess is that she was originally built to operate in a waterway with low bridges.

Here are some of the tight shots of fixtures and inner structure. 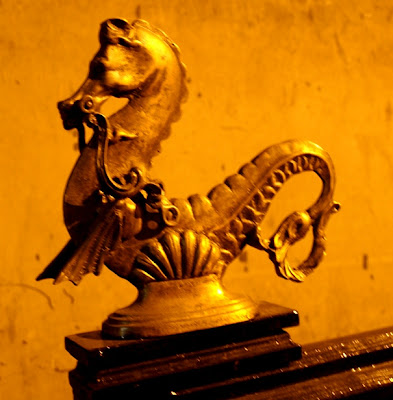 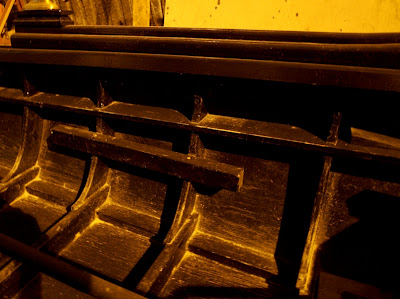 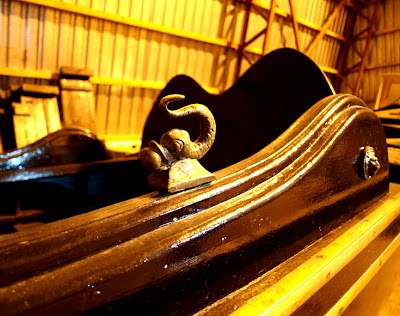 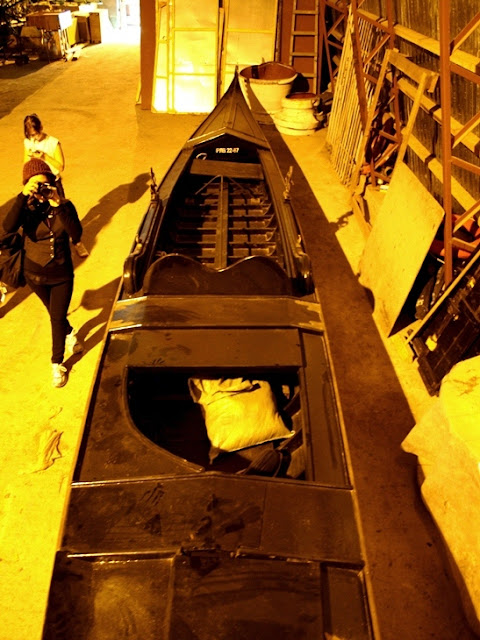 From the poppa, you can see some asymmetry.

Listening to Dmitry, it became clear that the staff there who operate and maintain the gondola have a great love for her.  She is very special to them and I can tell that she has been well cared for. 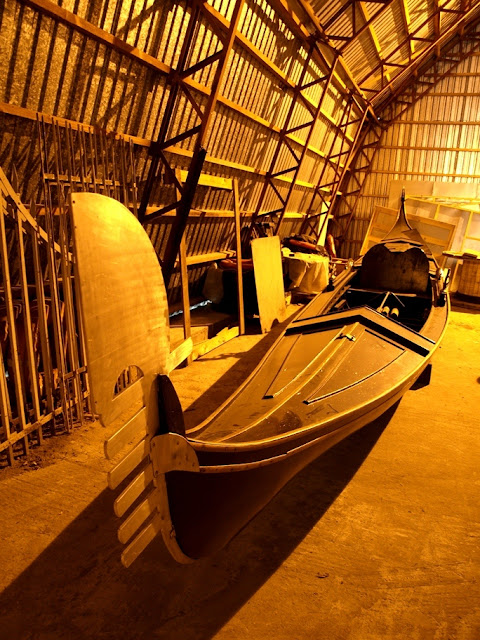 A great image of the gondola doing what she does best can be seen at this link.

The official internet page for the gondola at Catherine’s Palace is at http://www.tzar.ru/info/services/gondola

in Russian, and if you search the site you can also find it in English.

My thanks go out to Dmitry and his son Ilya for their hospitality and to our tour guide Maria Sigaeva of SPb Tours for helping to make sure that this meeting took place and for lending a hand in translation when it was necessary.
Posted by Gondola Greg at 11:47 PM