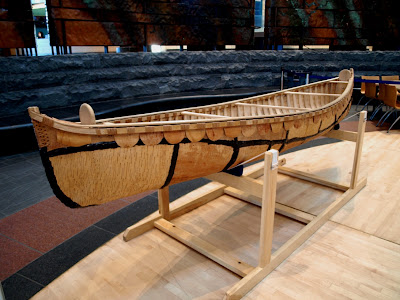 While visiting Washington D.C. last winter, My family went from one incredible place to another.  It was all very interesting and educational.  Seeing the White House, the Capitol Building, and the Vietnam Memorial were amazing. DC is full of museums as well, and it seemed that there was one museum that was most interesting to each of us - for me it was the National Museum of the American Indian. 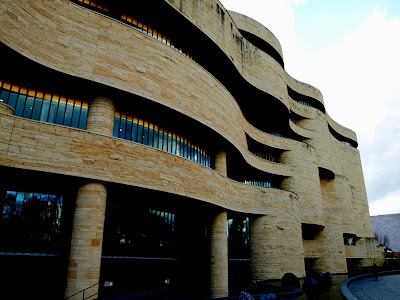 I knew everyone else would find it interesting, but that not everyone would want to linger as long as I would in front of the many displays.
My brother had raved about it, so I knew the National Museum of the American Indian was the kind of place I could happily get lost in for a whole day.  I slipped away from the rest of the family for a while to move at my own pace.  My decision was a good one as I was able to slow down and absorb so much more - learning new things about some tribes and cultures, and warming myself by a few familiar fires as well.

North America is full of people of different cultures from all corners of the globe.  The US and Canada are both "melting pots".
I don't know the exact numbers, but I'll make a bold statement that most families, if they've been on this continent for more than a few generations, have at least a little bit of native blood.

My family is no exception; somewhere way down towards the trunk of my family tree (between the Mayflower and my parents' exodus from Minnesota), there was a mother with Chippewa DNA,
and while her name is lost, and most of us look pretty darn Nordic,
all of us feel a connection through her.

"Chippewa" is only one version of the name.
You'll also see "Ojibwe" and slightly modified versions of it.
This nation of people is the largest group of native Americans north of Mexico - equally divided between the US and Canada where they are sometimes called "Saulteurs".

Enough about my family, let's talk about boats.
Before there were planes, railroads, automobiles, and before there were even horses on this continent, there were boats. Most, if not all tribes had some sort of floating craft to move about in.
Rivers, lakes, and coastal waters served as roads, and the first people to live here hunted, fished, transported goods, and moved about on water.

Some tribes hollowed out heavy logs, making their vessels tough to move around out of the water, but "my people", (yes, I know I'm the whitest guy you've ever seen, but I'm still hangin' on to my slight roots), as I was saying, my people were known for their birchbark canoes.
They weren't as durable as the hollowed out logs, but they were lightweight and fast.

From a boatbuilding standpoint, these canoes were also more advanced - requiring a higher level of craftsmanship, and involving pine pitch for waterproofing purposes. 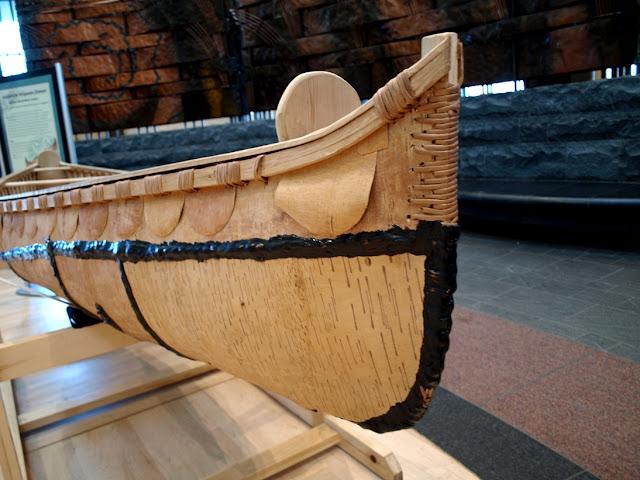 That pitch you see is covering a line of "stitching" that holds together segments of birch bark.
There were no nails used in constructing these boats, instead, joints and other fastening areas were bound in a way that reminds me of wicker furniture.  In our modern mindset, it's hard to imagine building a boat without screws or nails, but the flexible roots of a tree can be employed to literally "stitch" things together.
My understanding is that no measuring devices are used in the traditional building process of a birch bark canoe.
Clearly, a boat of this type wasn't something thrown together.  Meticulous craftsmanship was required to make sure all the ribs were bent properly and everything fit together well. 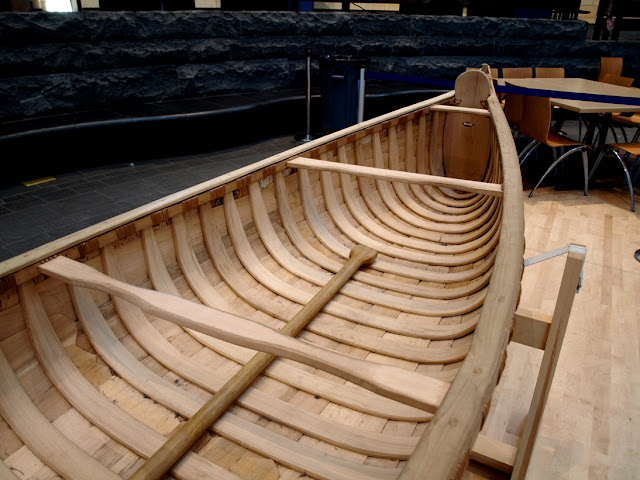 When I said "they weren't as durable as the hollowed out logs",
I didn't mean they were disposable.
Most of these canoes were maintained by their owners until they died.
In fact the description in the photo below states that the canoe will last for "one lifetime with proper care". 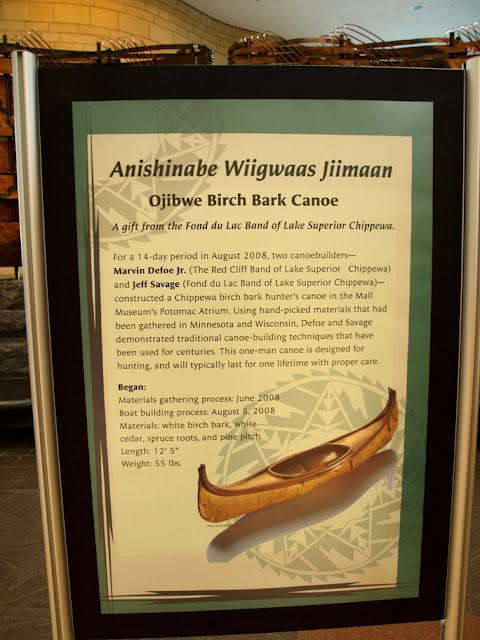 I can think of no better phrase to use here than the tried and true
"they don't make them like this anymore." 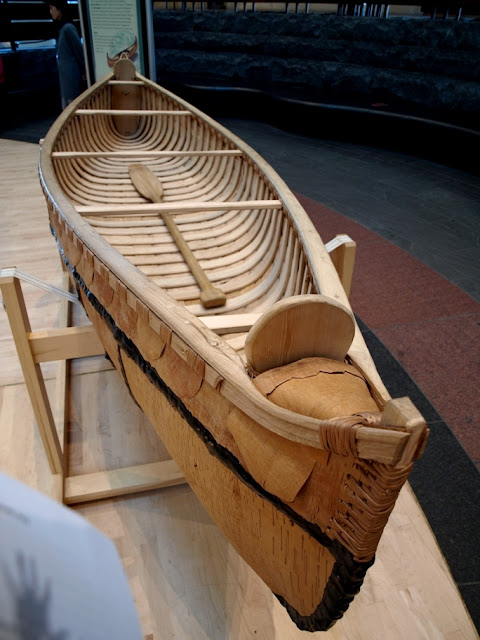 For those of you who are fans of the birch bark canoe, there's a great segment of Ray Mears' program "Bushcraft" that follows the construction of one of these vessels.
In this episode he works with a Canadian canoe builder who isn't of native heritage, but who has a great reverence for the art and is fun to listen to.
Set aside some time to watch the program and enjoy watching a method of boatbuilding that is older than, well, just about everything.
"Ray Mears - Birch bark canoe 1/7"
It's spread out over seven brief segments so it's easy to get through as long as you have a good connection.
I do have to take issue with one thing Mr. Mears says though:
He says the birch bark canoe is
"The finest craft people have ever created".
I'd have to give the Venetian gondola a slight edge there.
But hey, maybe I'm biased.
Posted by Gondola Greg at 12:04 AM

Actually nail-less boat and ship construction was pretty standard in the antiquity even in Europe.

However, nails do help tremendously, with them one can build a birch canoe in just 6 minutes: