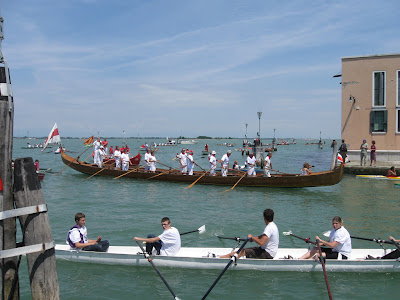 This year's Vogalonga saw every type of rowing boat in the Veneto.
Our friend Kathleen Gonzalez was there as many of them entered the Canale di Cannaregio in a procession that makes for some fantastic photos. 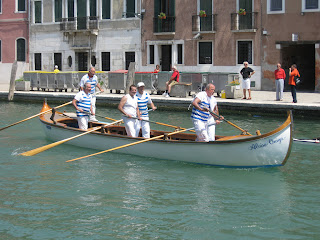 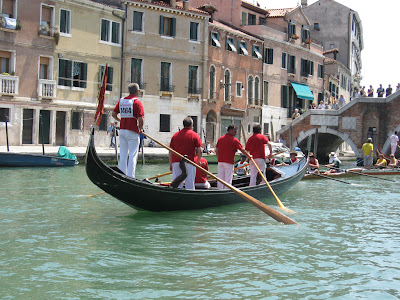 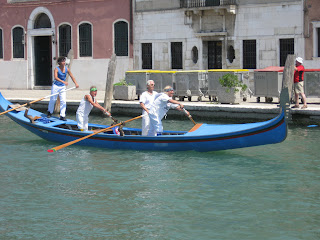 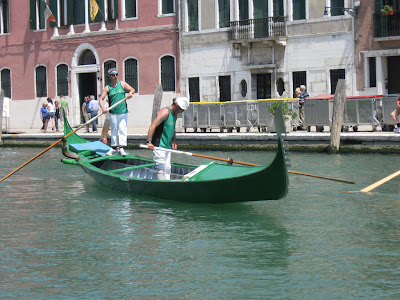 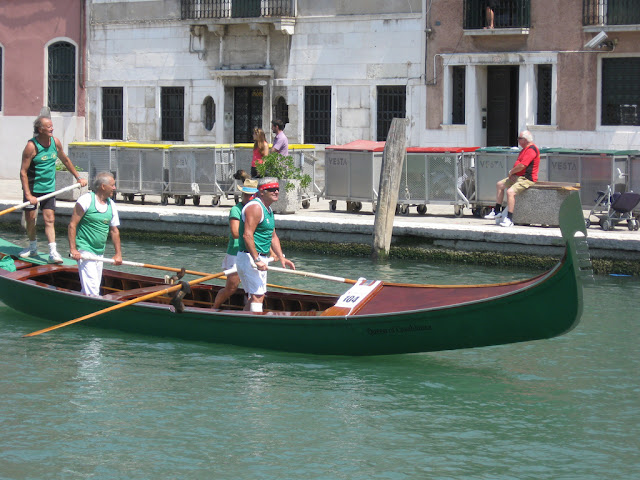 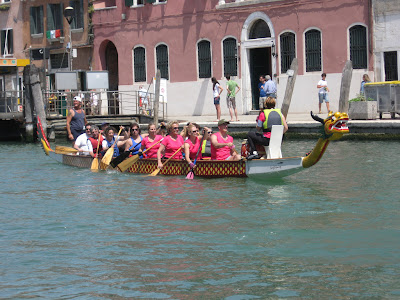 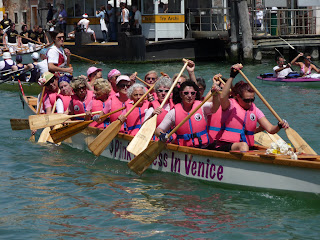 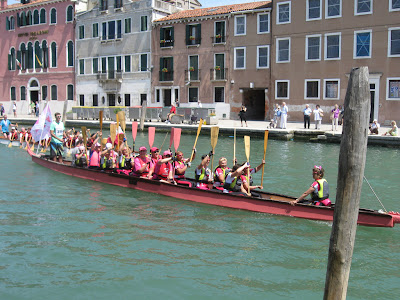 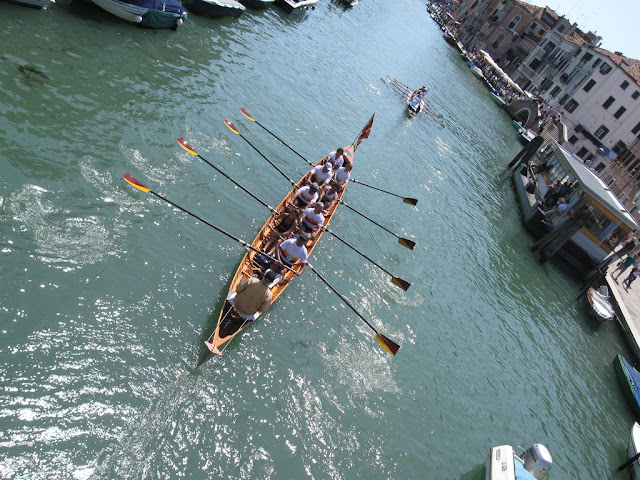 There were English style rowing vessels. 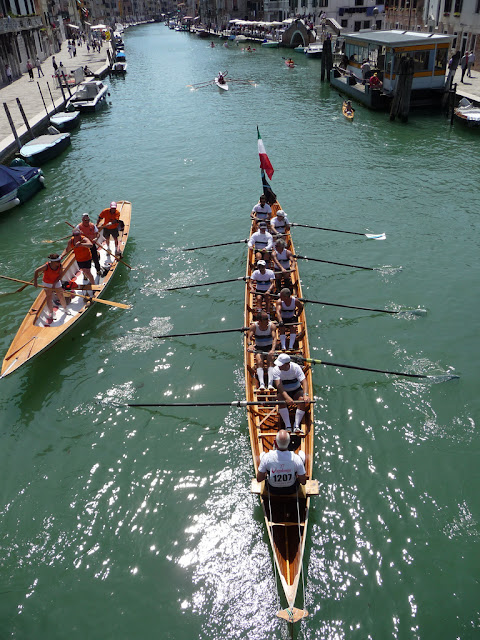 Here's a nice overhead of an English rower alongside some of my friends from the GSVVM in one of their club boats.
There was even a stand-up-paddler seen, paddling with a Vogalonga number on his shirt. 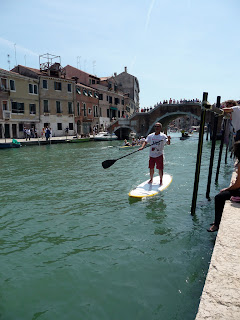 I'm not sure if he managed to paddle the whole course,
but I do admire his dedication.
It seems like everyone was there, including: 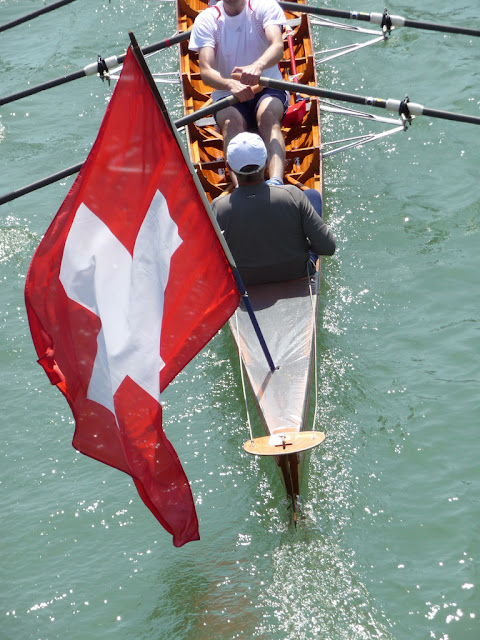 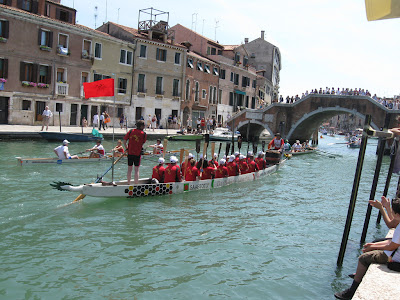 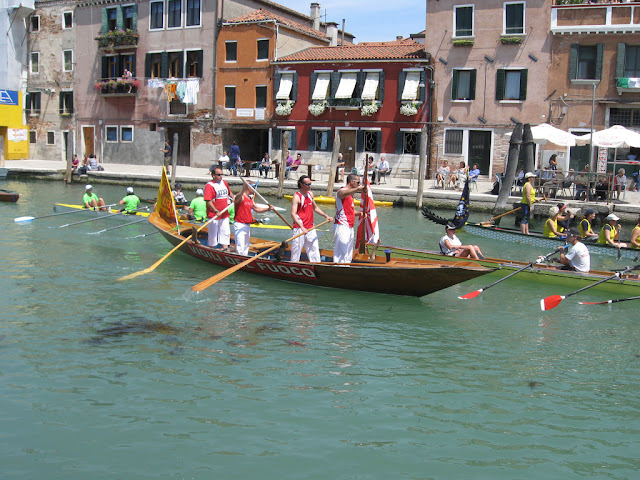 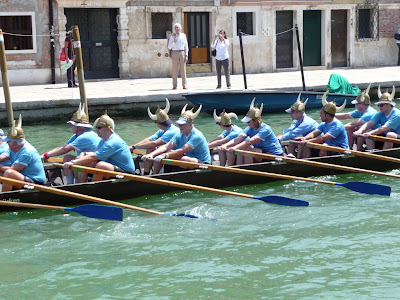 Vikings,
Heck, there was even a boat there representing... 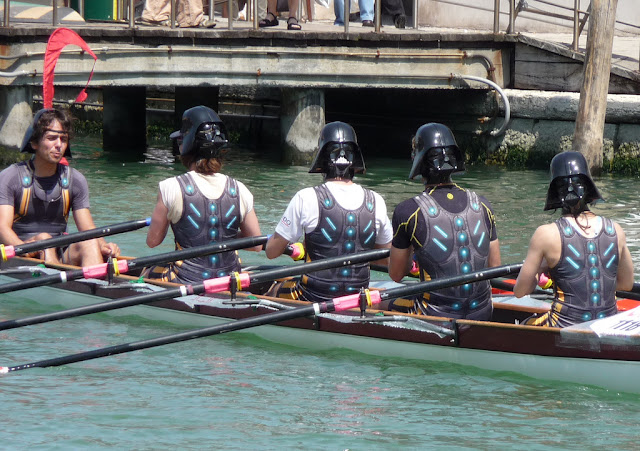 the "Empire".
Everyone gave their salute as they made their way into the city,
and closer to the finish. 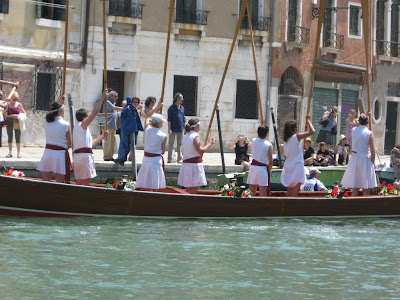 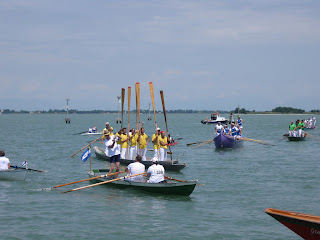 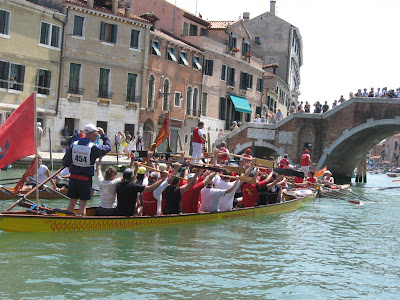 even dragon-boaters "raised their oars" and saluted.
And as each and every boat passed under the ever-so recognizable
Tre Archi bridge, they got cheers from the folks on the bridge and
along the fondamenta, and many of them also got their pictures taken by our friend Kathleen Gonzalez. 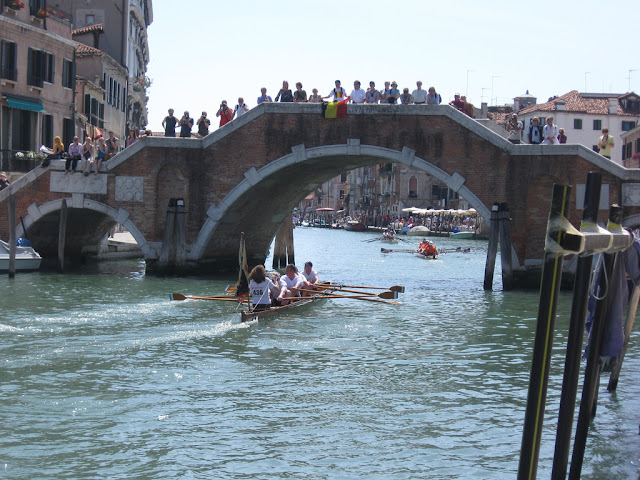 Thanks Kathy!
Posted by Gondola Greg at 1:11 AM

very nice race and very nice pictures.
btw. i've seen two stand-up-paddlers paddling all the race. and with the same speed as us on a k2 ;-)