The Week in Review

PREPARATION
People are not surprised when I tell them that Valentine's Day is the
busiest day of our year in the gondola business.
And it makes sense to them when I explain that the week surrounding it
is the busiest week as well.
What most folks don't realize - is that it's not just a day,
and it's not just a week.

For me, Valentine's Day begins about three months early - when I decide which boat or boats will need to be hauled out for service and whether or not that work can be done in time for the big rush of cruises.
Like training for a competition, planning a vacation, or preparing for wedding, the success of the event depends on how you use your time in the weeks and months leading up to it.

I would love to post a bunch of pretty pictures of my staff and I sanding, painting, and doing other tasks on the fleet of gondolas we have here in Newport, but, well, we were too busy doing those tasks.  And besides, I'm sure they wouldn't be "pretty pictures".

I suppose it's also like a stage production:
lot's of set building and rehearsing before the curtain opens.

My friend John Kerschbaum comes out from his operation Gondola Romantica, in Minnesota each year to row with us.
For over a decade he's shown up about a week prior to the 14th.
John has seen varying levels of preparedness...and different levels of stress on my face.

This year was a good one.
All boats were in the water before John showed up, and while there was still plenty to do, most of the tasks remaining were secondary or ones I like to call "bonus points" items. 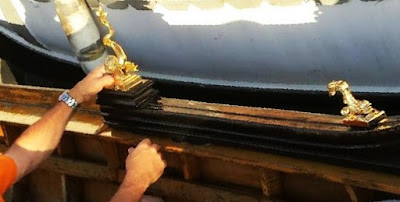 THE CONDITIONS
We never know what the weather will look like as we come into January and February.
Quite often we need to wait a week or so before we can paint a boat.
Things got rolling earlier this year because we were told that it would be an El Niño year.
Much to everyone's surprise, it was more like summer,
and so there was no need to delay varnish and paint projects.

I realize each time I write about our beautiful weather, that some folks in other regions might be quietly loathing me
(as they receive yet another dose of snow or pouring rain).
Although it's important to note that we need rain here. 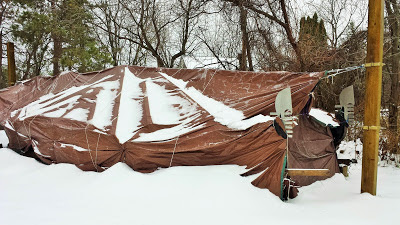 We're living in a sort of careful-what-you-wish-for situation.
California has been in drought for many years.
We love the sunshine, love our "beach weather",
but we really need some water around here, stat.

I think there was a collective sigh of relief when we first started hearing that it would be a rainy winter this time around.

So if you're reading my posts in wet or snowed-in places,
and jealously observing sunshine and summer-like scapes,
just know that if it doesn't rain some more,
we'll get it big time on the karma index.

THE CRUISING
With the 14th falling on a Sunday this year, and Monday being a holiday,
we had folks booking cruises from Friday through Monday.
Wind was light nearly all of the time,
and it was one of those weekends that you pray for in this business. 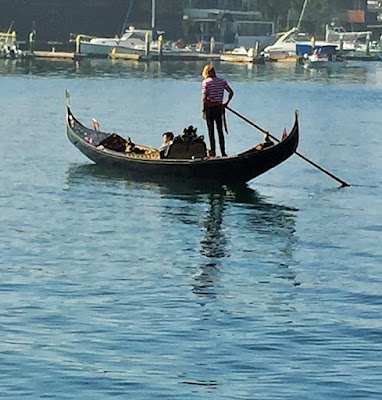 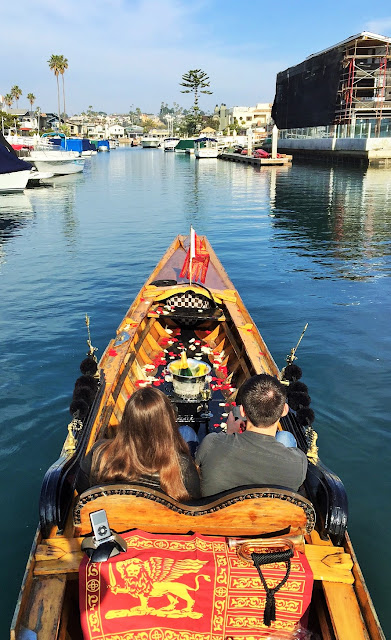 Digital and analog options:
iPod on one side, bugle on the other. 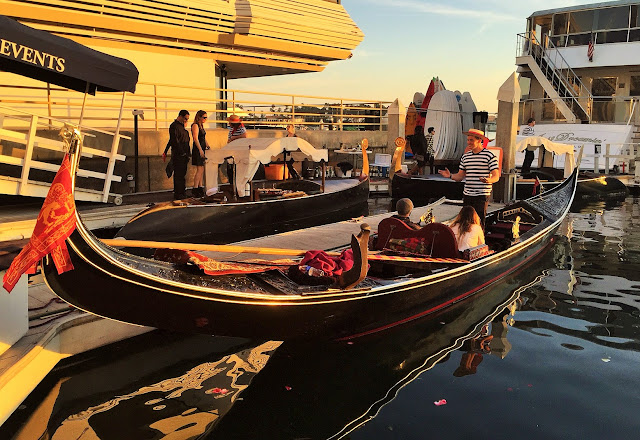 Jakob talks to his passengers before their cruise on the "Lucia".

I've had my fair share of awful V-Days, but this wasn't one of them.
My gondoliers, office staff, and dock/operations staff were totally on point.
I could not be happier with all of them. 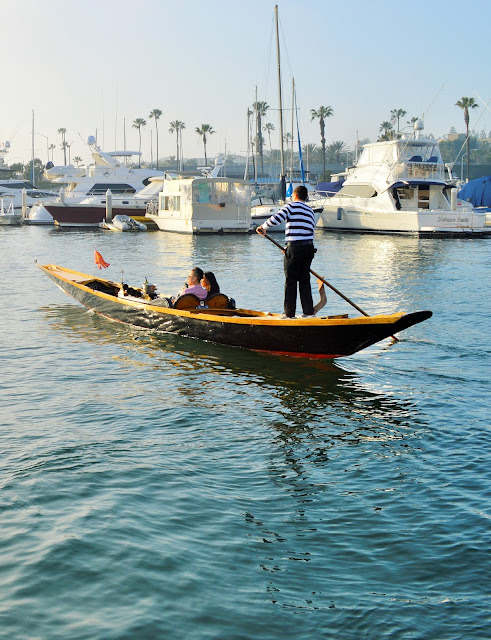 Out on the water we had the usual yearly occurrence of "gondola traffic" in the canals north of the Newport Blvd. bridge.

Not only did we have all of our boats gliding to and fro, our friends at the Gondola Company of Newport were also out in full force.

Lots of boat-to-boat greetings and fist-bumps were exchanged throughout the day and into the night. 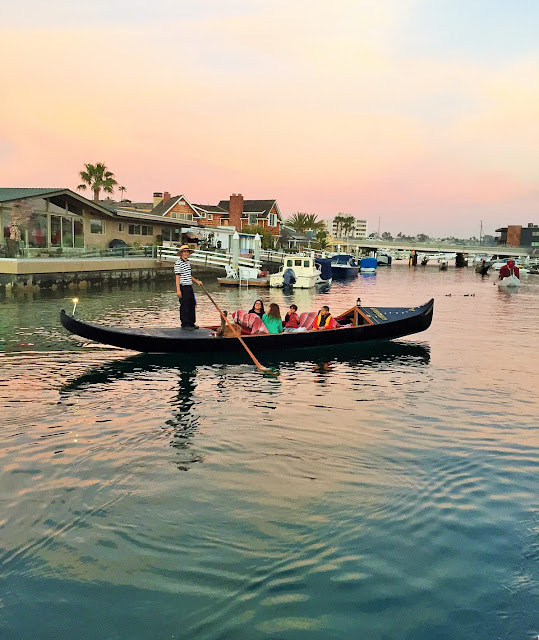 Eddie of Gondola Company of Newport
with four passengers and traffic in the background. 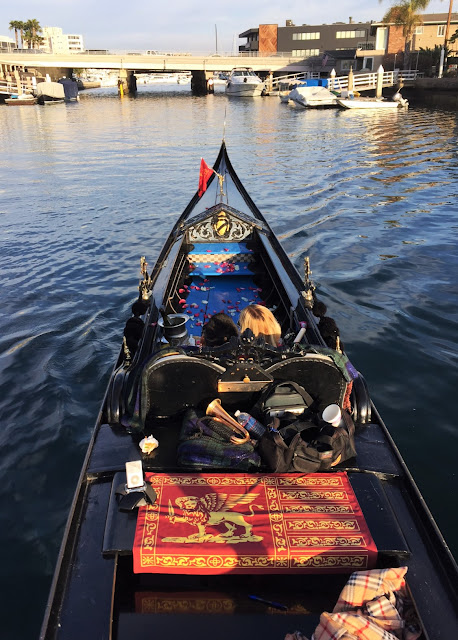 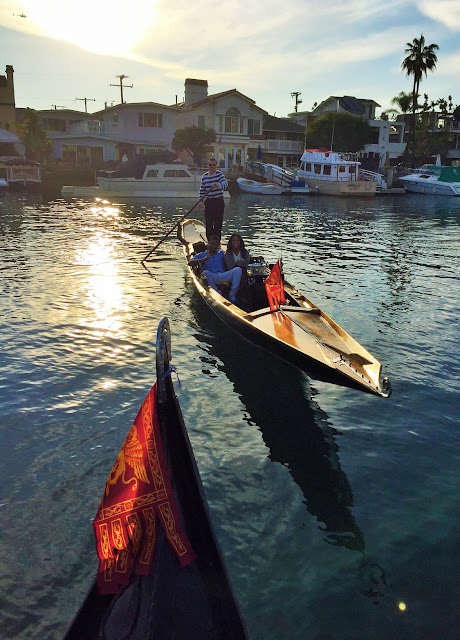 Being followed by a pupparin. 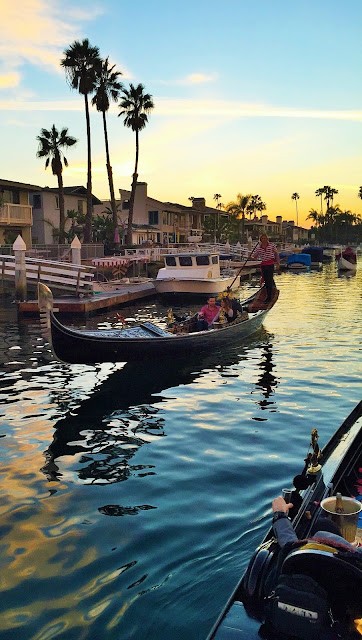 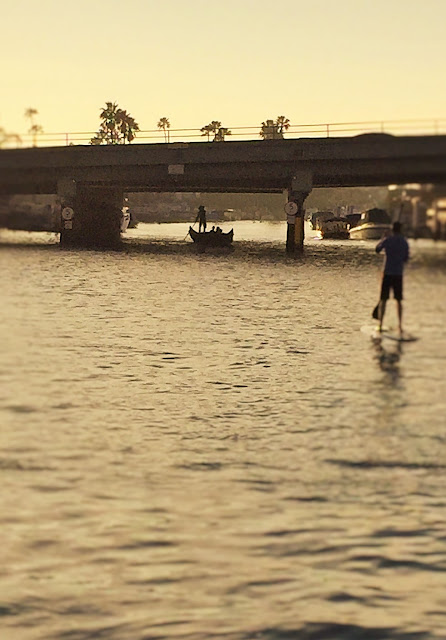 A rare sight on Valentine's Day:
Only one boat under the bridge.
This one was from Gondola Company of Newport.

AFTER CRUISING
Seven or eight of us hung out until the last boat returned from the final cruise of the night.  As Simon rowed into the lagoon, turned and backed his gondola into the side-tie, we all clapped and cheered.
Simon looked over at us like a guy who didn't realize he'd won something.

Most nights I found myself in the Jacuzzi before turning in for evening.
On the night of the 14th (ok, really it was the morning of the 15th) my backyard was a rather loud place, with a bunch of my gondoliers splashing and sharing crazy stories.
I'm sure my neighbors enjoyed it all at 3am. 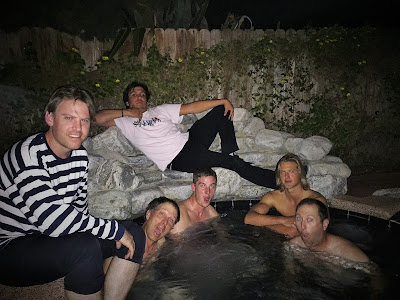 As we don't offer any kind of food service cruises on Valentine's Day,
the day after is often when we get a lot of them.
On this 15th of February, I think just about every cruise went out with dinner, appetizers, or dessert.

THE SUMMIT
While John comes out each year from Minnesota to row here at Gondola Adventures, Marcello from La Gondola in Providence, RI has been joining Tim at Sunset Gondola in Huntington Harbour the last couple of years to do the same.

This coming October the US Gondola Nationals will be hosted by John in his Stillwater, Minnesota location.
Seeing this as an opportunity to get all previous hosts together at one table with the upcoming host, we gathered at my house for a summit meeting of sorts. 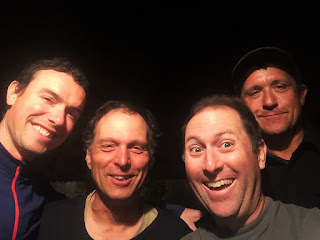 Grilling, eating, drinking and talking were all on the docket.
Tim had just taken Marcello on his first surfing trip to San Onofre,
so we had plenty to talk about
(in addition of course, to the whole "so, how was your week?" stuff).

We had a great time going over the various ways things can be done,
and John came away with lots more to think about,
and more support than he'd realized he'd have.

As much as I love gondolas, I sometimes think I love the people in the gondola world just as much, if not more so.

TODAY
This morning I woke up,
thought about all the things I didn't have to get done,
and went back to sleep.

I woke up several hours later, thankful to have gotten a full night's sleep,
and ever so thankful for the great week behind me. 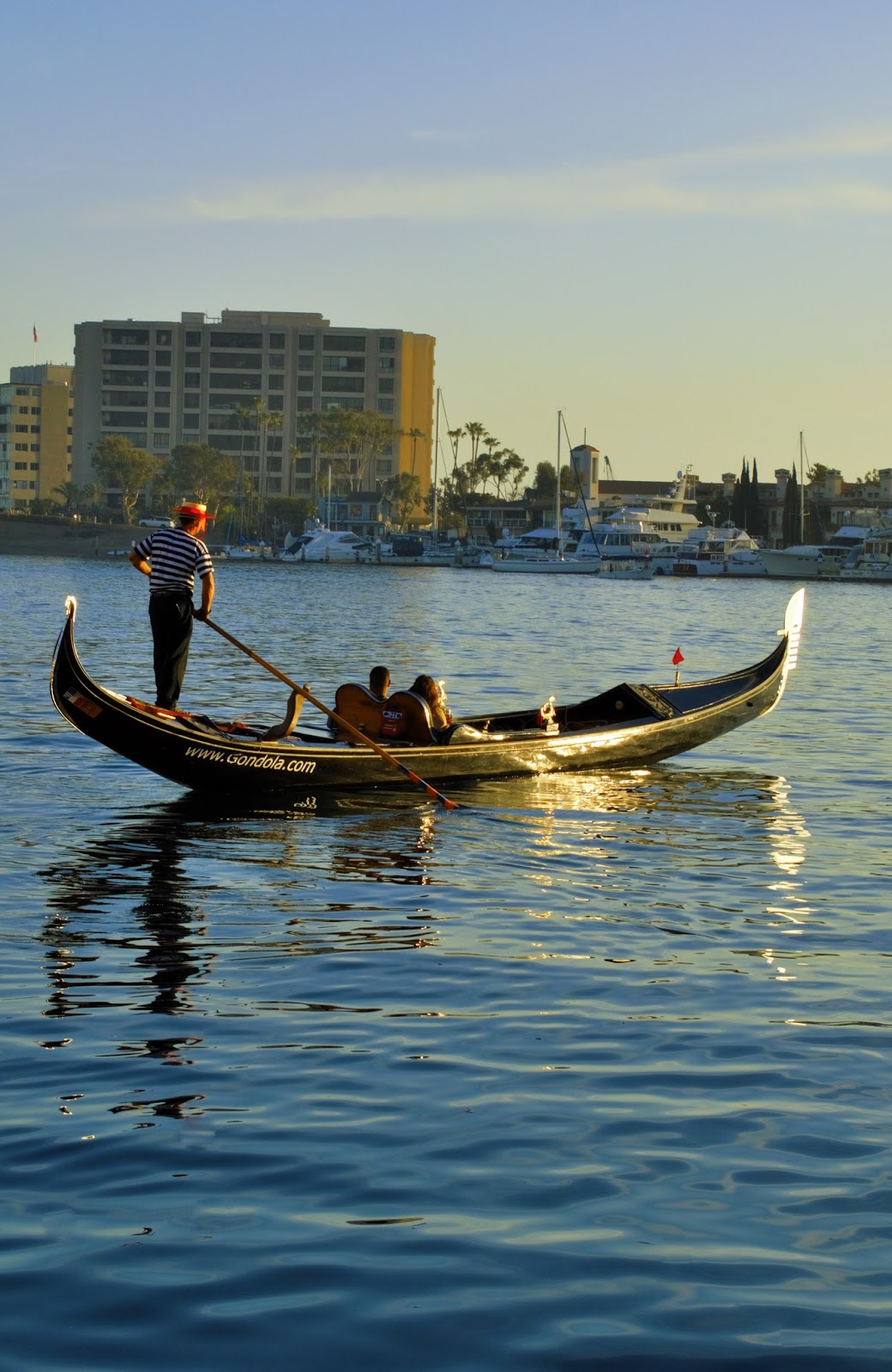