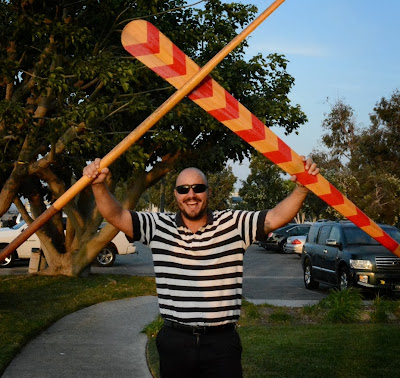 On Friday afternoon at the U.S. Gondola Nationals, while all the gondoliers were taking turns rowing their qualifying runs, people gradually stopped focusing their full attention on every second of every heat.
Sure, it was fascinating at first, but after a while folks began thinking about other things.
At around 5:30, Eric Bender - the guy known as "Enrico" of The Gondola Company in Coronado, California made his way out on one of the gondolas. 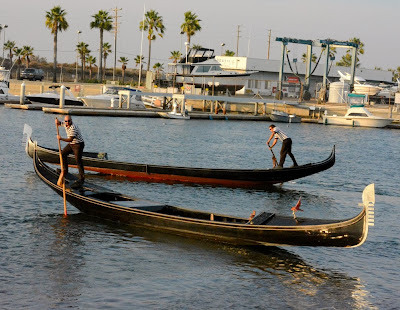 Two gondolas heading out for the sprinting area.

Enrico took his position with the other guy in his heat, the whistle blew,
and they gripped their oars, pushing as hard as they could to force their
boats down the course as fast as possible.
It mattered quite a lot to them, but few people were watching...until we all heard a loud "crack" coming from the direction of his gondola.

About five strokes into it, Enrico had snapped the oar in two.

Every head turned, and we all watched as the gondolier reacted to this unexpected event.
His reflexes were excellent; Enrico managed to stay on his feet as he was heaved forward onto the uneven footing ahead of where he'd been standing just a second ago.

The crowd reacted with surprise and concern.
We were all relieved and impressed that he was still standing.
Immediately someone rowed out with another oar for the guy with strong arms and fast reflexes.

He may have been shaken from the experience, but if so, we couldn't tell.
He probably rowed a little more carefully after that.
I KNOW he took a good long look at the fresh oar that was given to him after that.
Even so, Enrico managed to qualify with his run and came ashore with one good oar, and one broken oar. 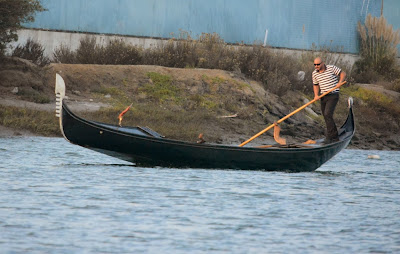 On that day, on that shore, with two broken pieces of an oar.
Enrico became known as:
the "Oar Snapper".

Great nicknames are given.
Truly great ones are earned.

We all got together and posed with him.
It was a great memory for everyone. 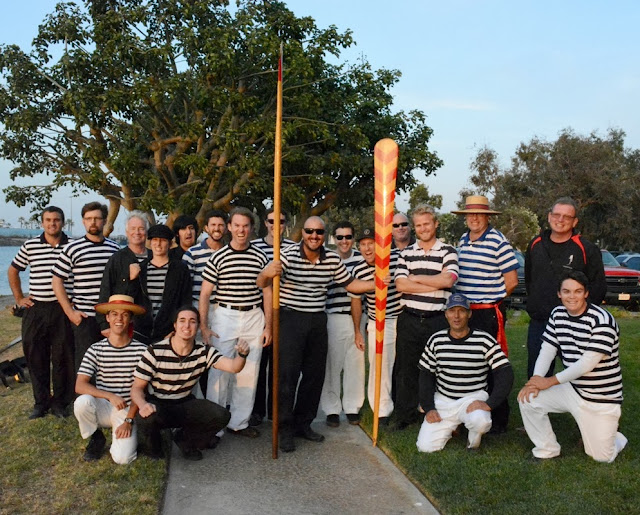 Everyone doing their very best "This is Sparta!" face
while posing with the "Oar Snapper". 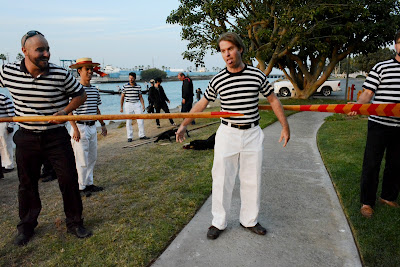 And what do you do with an oar that's broken in half?
Well, if you're a bunch of crazy gondoliers - you create a photo
of a gondolier with the oar magically going through his midsection.
(Thanks to Steve Elkins for modeling and pretending to endure great pain)

Throughout the weekend he became known by the name.
His power stroke (or "premi") is an explosive one - just the kind of movement that can break an oar.
Not surprisingly, the "Oar Snapper" went on to win or place well in every event he rowed in. 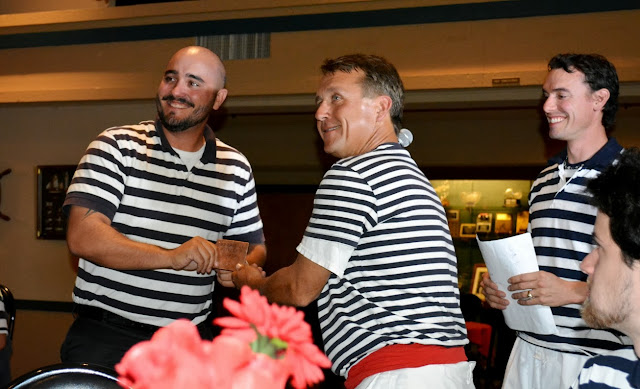 Receiving yet another medal.
Some have tried to modify the name,

but as the guy who gave him that name,

I'm not willing to change it, because after all...

It was my oar that he snapped. 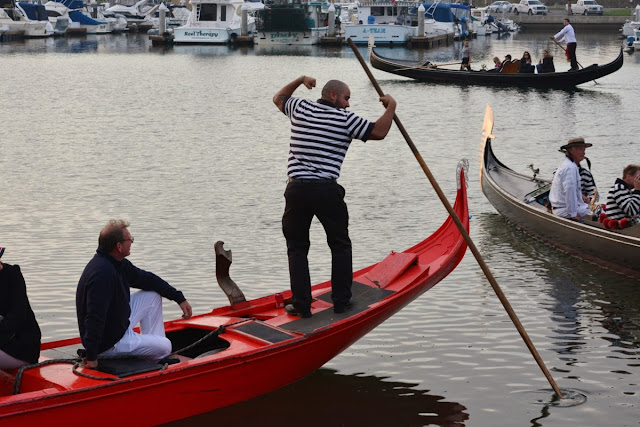 The "Oar Snapper", may his name be known
from Huntington Harbour to the Grand Canal.
Posted by Gondola Greg at 11:47 PM

I'm just so happy it wasn't me. My reputation can only handle so many of those moments. :)

I thought it was "Don't ever use one of my oars again" Bender.