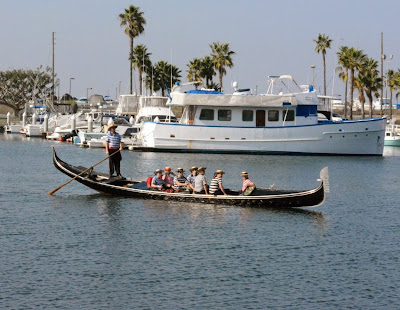 For our metric friends, that's 4,145 kilometers.


From New England to Surf City, there are plenty of differences,
but there's one thing they have in common: gondolas.


Nine gondoliers traveled 2,575 miles from their operation in Providence
to compete in the U.S. Gondola Nationals.


Arriving at the office of Sunset Gondola, I met a couple guys from Providence. One of them had just gotten finished surfing with gondolier Ricardo.
They were nice guys, but I knew there were more of them.
It wasn't until I was standing on the shore near the starting line for the qualifiers, that I witnessed the true "Providence arrival".
The gondola came into view, and all I saw was a boat full of stripes and crisp hats.  A lot of us had been waiting to see this group, to meet the people who had put on the first national competition just last year. 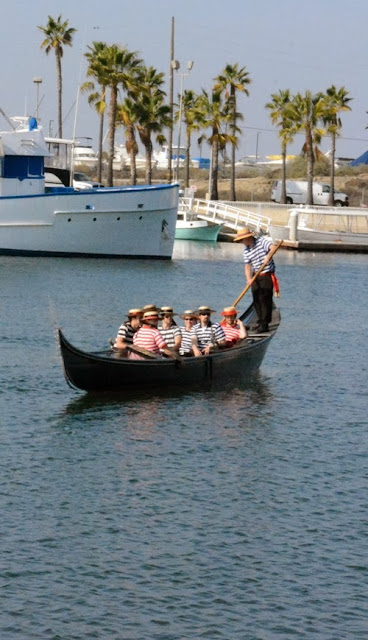 More than anyone else in the country, these guys knew how to row a race.
We were sure that if they came this far, they came ready. 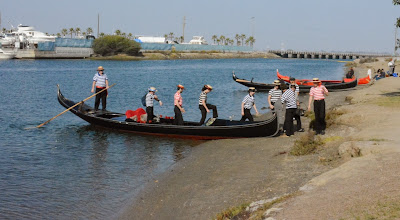 They stepped ashore.
Each one standing tall, and walking with confidence.
I'd been looking forward to meeting these guys for quite some time.
When they arrived, I found myself not looking forward to competing with them.
Just as you might expect, in short order they mixed with the rest of the people on shore - everybody wearing stripes, and many with hats.
Then finally, I had a face-to-face encounter with...
their leader. 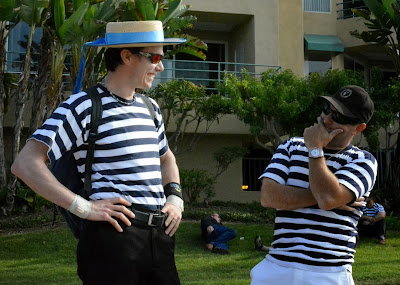 At first I wasn't quite sure what to think. 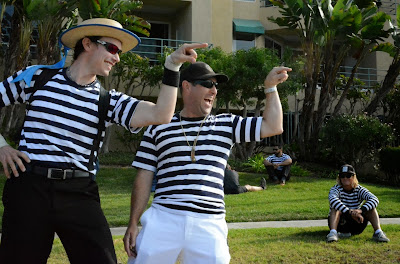 but getting to know him, I realized that he was a lot like me.
Yep, just as strange. 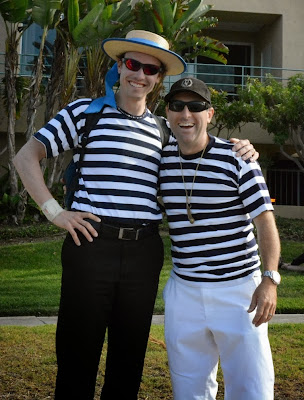 And soon after that we were fast friends.

We all wear stripes.
we all love to row.

We all sing for our suppers,
make our living on the water,
and count our tips at the end of the night.

And really, I think we would all do it for free if it wasn't a paying gig.

Not long after, the Providence guys were out on the water,
rowing against gondoliers from Boston, Minnesota,
and several operations in California...and giving them some stiff competition. 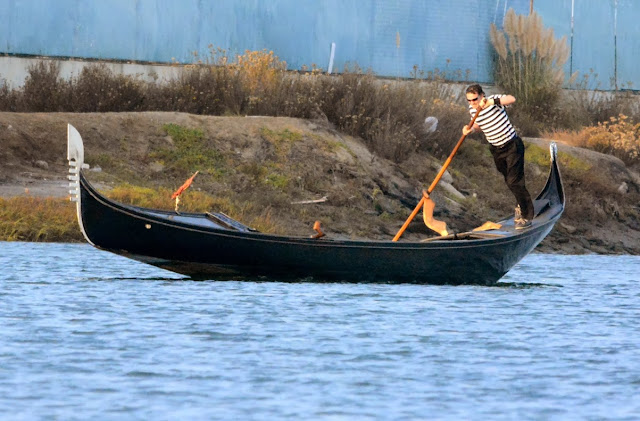 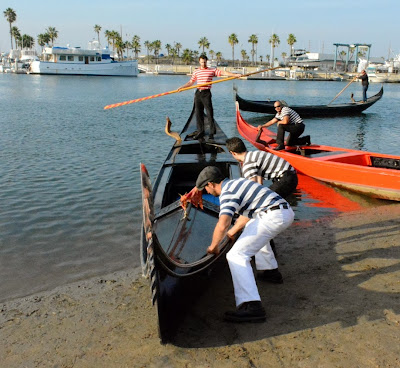 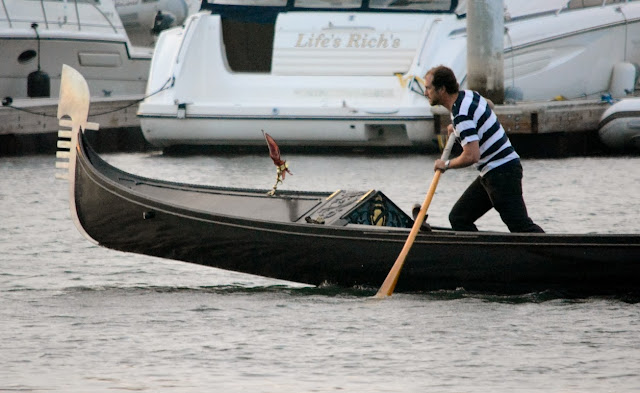 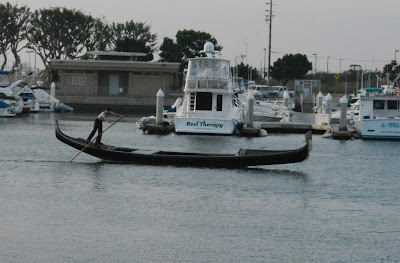 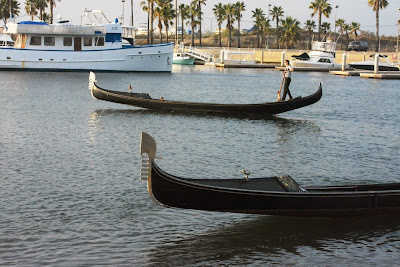 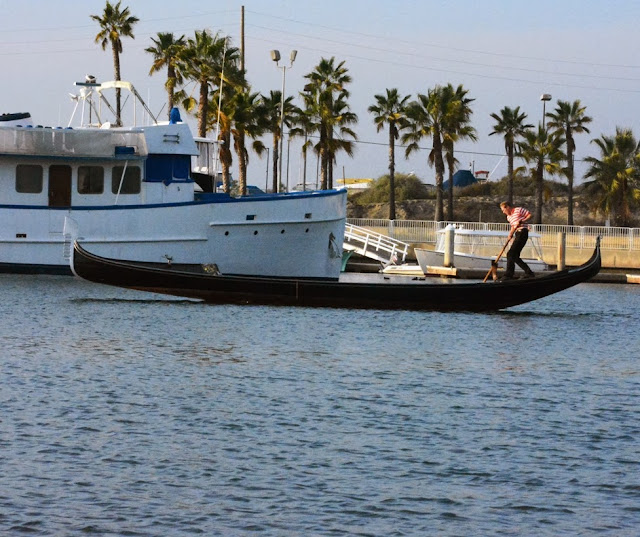 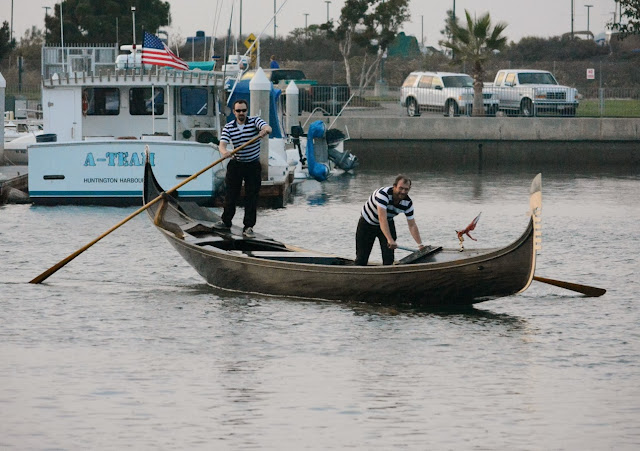 Bravo PVD!
Thanks for traveling so far.
You've got family in California now.
Posted by Gondola Greg at 10:30 PM

Awesome! So great to meet these guys!

Gondola Greg,
I don't even know what to say. I am still excited from the events of the weekend, AND by thinking about what this could become for our community (and beyond!) I am humbled by the reception that we received at all quarters; I truly appreciate you, Bepi, and every one of the gondoliers out there who made the weekend what it was for us. And I am so proud of our guys, not just mine, but yours, all of ours, contributing their skill, stories, and singing to create a more authentic of an experience than I had even imagined. Tante grazie a tutti, dei gondolieri di Providence!
Ciao for now!
Marcello
(and Rafaello, Rosario, Luciano, Ivano, Dantino, Amadeo, Alberto, and Fabrizio)
La Gondola Providence

P.S. You have family in Providence now too :)