This is the third and final set of "before the start" photos taken by Tamás prior to the kickoff of the 2012 Vogalonga. 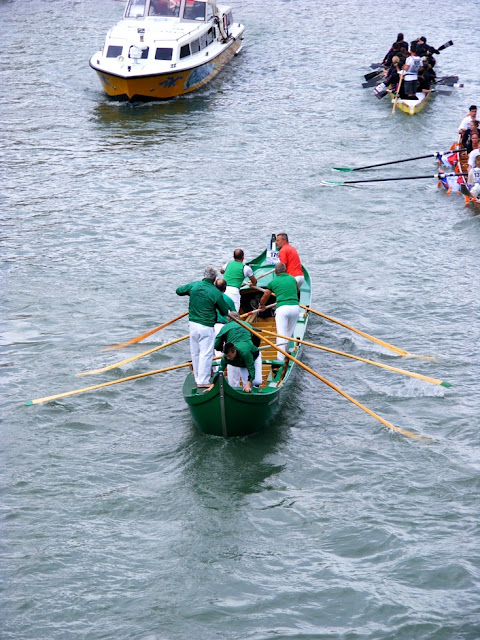 A green caorlina as seen from the Rialto. 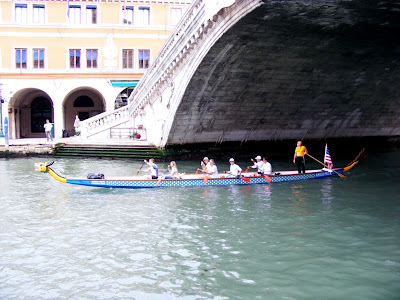 One of the many dragon boats in the event,
this one flew the American flag. 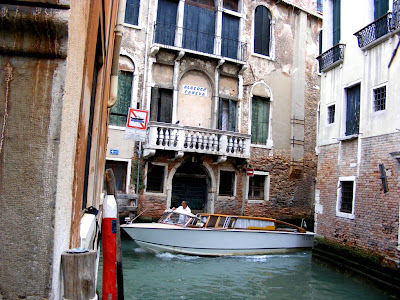 Um, not sure if that guy should be in that canal on that boat. 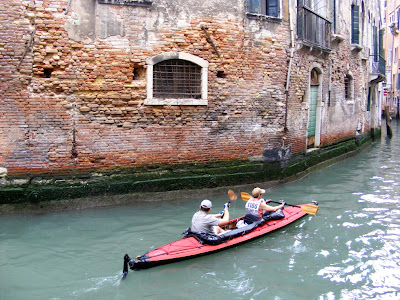 Kayakers - hurrying to get there. Activity builds in the basin. 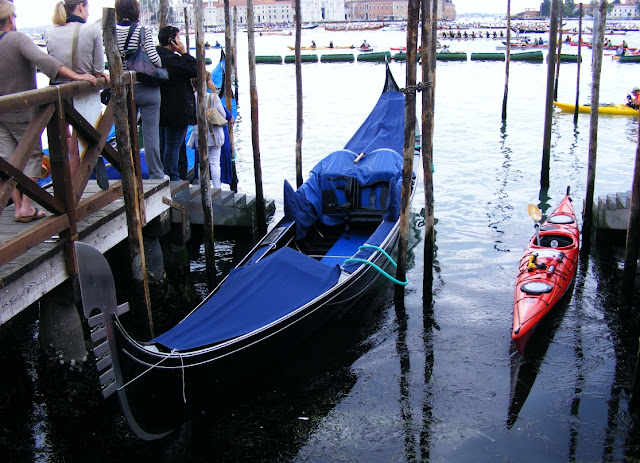 Venetians line up to board a traghetto, wondering how much the event might delay them. 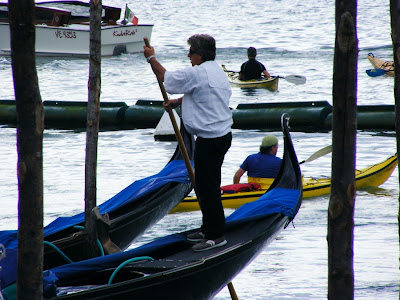 A gondolier begins his day. 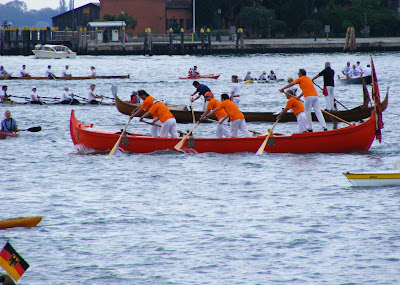 A red caorlina joins the crowd, 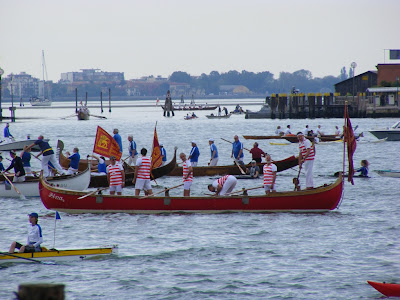 ...followed by another red caorlina. 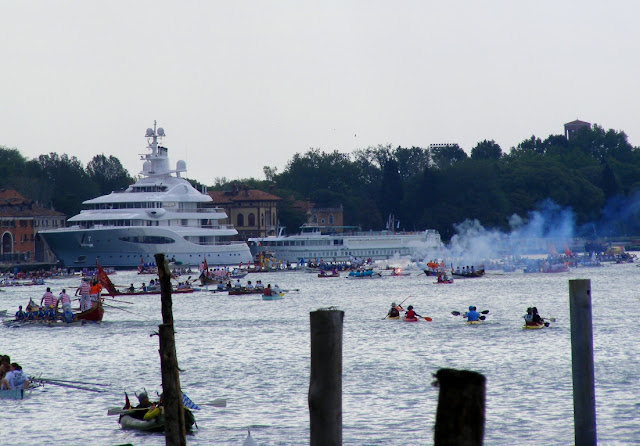 Some sort of signal-flare appears in the basin. 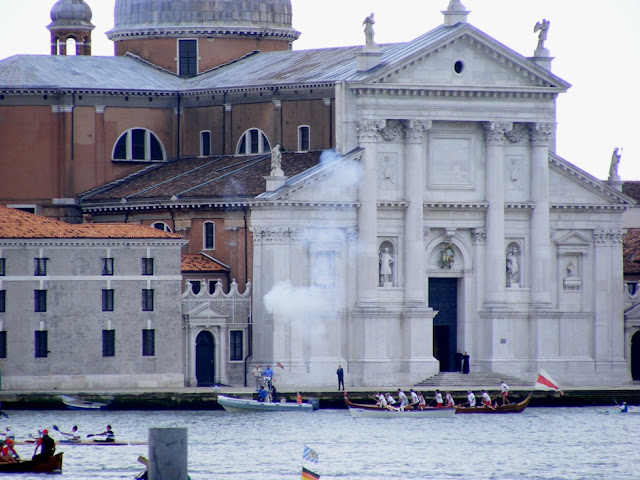 And finally, with a basin full of human-powered boats of just about every type, the cannon fires, and the "long row" begins.
Posted by Gondola Greg at 10:25 PM