Four in the Morning 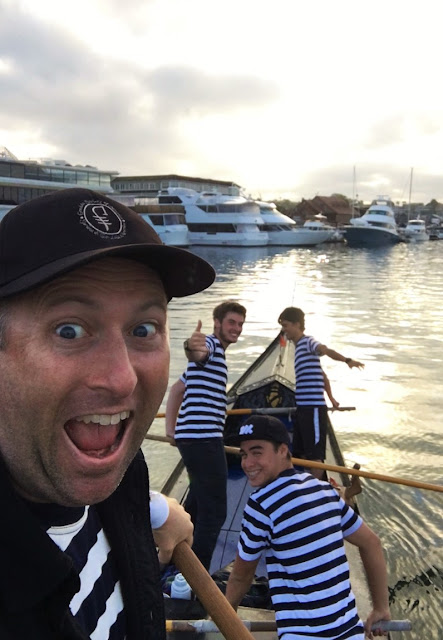 After much failure and frustration, I realized that all three of the other guys in my four-man team had schedules with classes and other commitments at conflicting hours.
Last night, in mad desperation I bit the bullet and texted that I would be willing to do an early morning row.
If you know me, then you know that I'm prone to 3am and even 5am bedtimes.
Mornings are not my strong suit.
But desperate times call for such sacrifices.
SO I talked them all into an early morning jaunt around Lido Island.
I brought the coffee and granola bars,
and even stood outside Kalev's bedroom window and hollered up,
waking him and his dog (and probably annoying the neighbors.
As the sun was rising, we prepared the gondola.
A thermos of coffee later and we were off and rowing.
Everyone laughing and cracking jokes as we fell into rhythm.
Four guys, on a gondola, rowing in the early morning light. 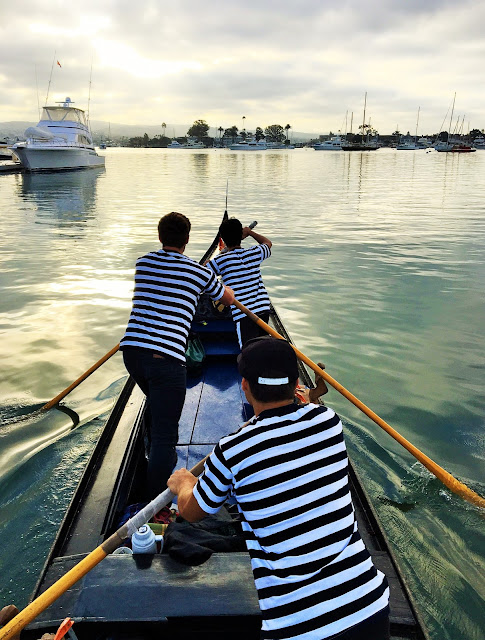 "Forte, forte!"
It was a glorious morning, with glassy waters, curious birds and sea lions, and lots of traditional crew boats skimming by. 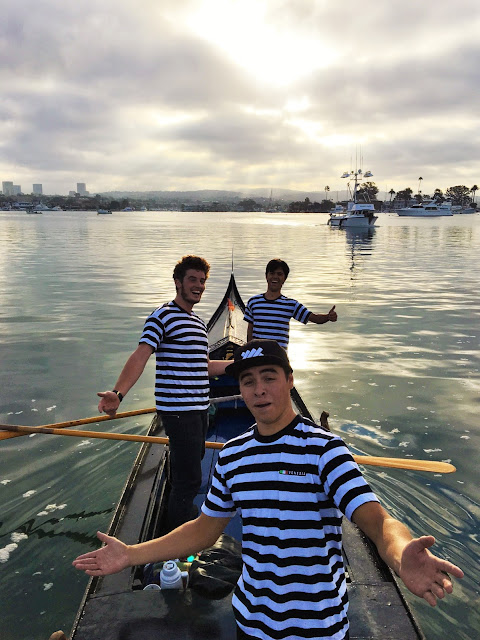 "Hey, Greg, wanna stop taking pictures and row a little?"
We had a fantastic time, got an excellent workout, and I got a better understanding of why so many people like getting up in the early morning.
Then we wrapped up the boat,
and I went home and crawled back into bed.
Posted by Gondola Greg at 10:22 PM