Blue Boat in the Lead 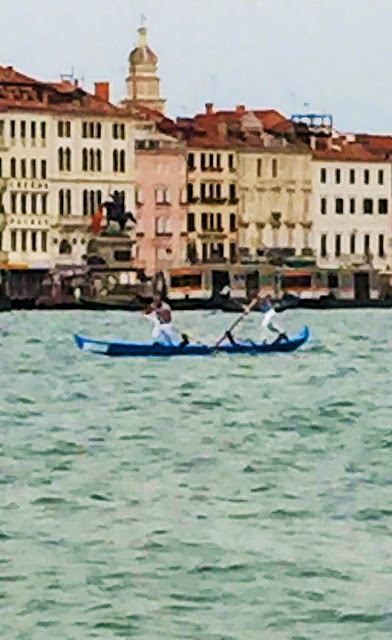 Our man on the street (well, really, "canal"), Andrew,
arrived in Venezia a few days ago.
He adjusted his body clock to the nine hour difference,
using a genius technique involving espresso and grappa. 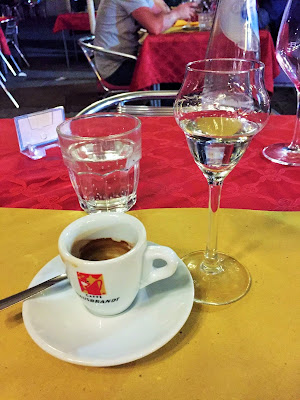 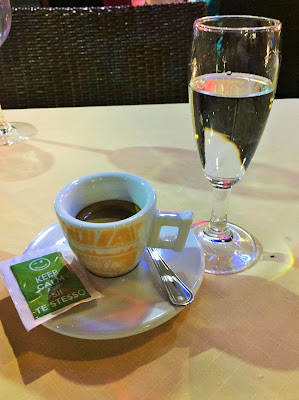 Second treatment.
To get into the right mind frame, he absorbed Venetian gossip,
and slept in a room with a 60 year old portela on the wall. 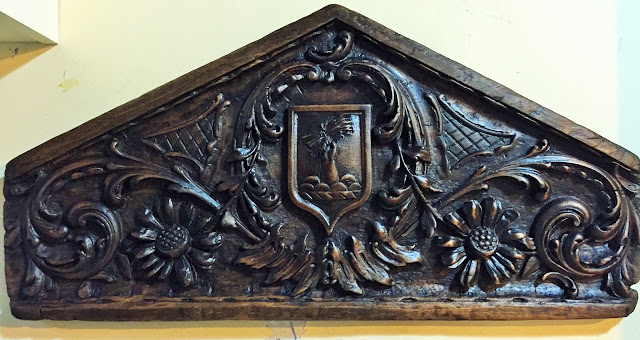 Then, when everyone was warming up for the Regata Storica Andrew grabbed fellow So Cal gondolier Peter Dever and they headed out on the water on a friend's boat.
Peter managed to snap some fantastic images from the "corteo" or parade portion of Venice's "historic regatta". 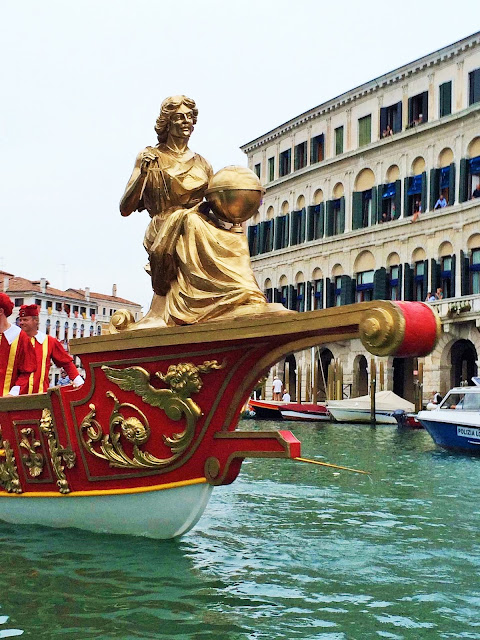 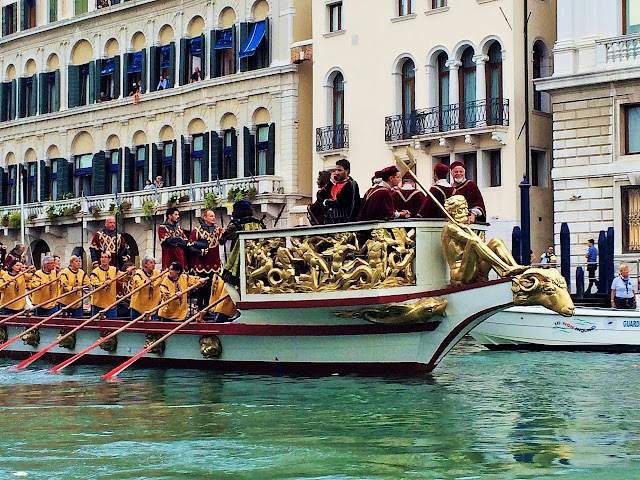 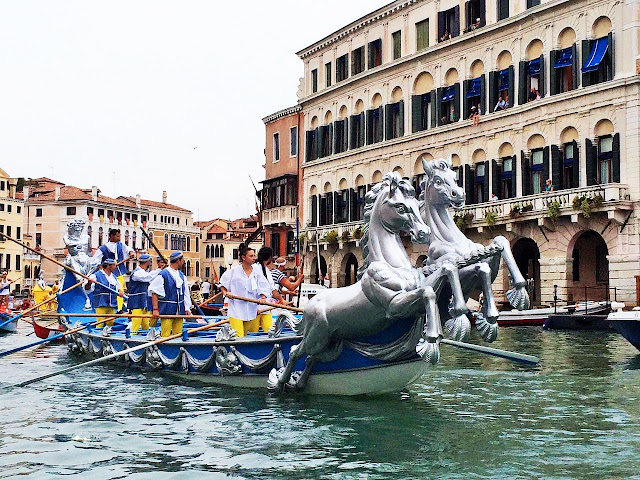 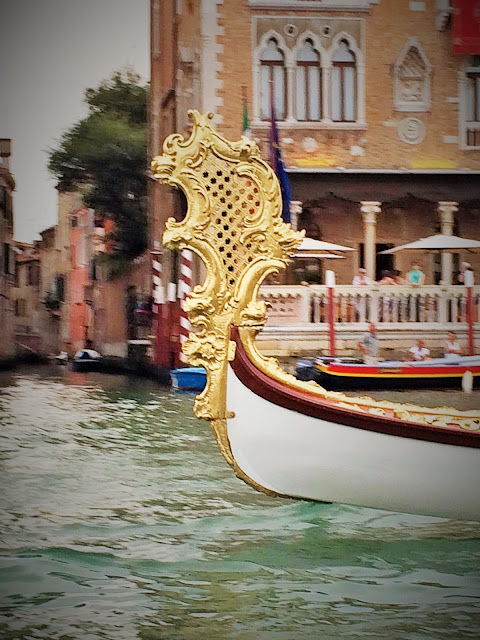 After the official parade vessels pass by,
they are followed by boats from rowing clubs as well as private boats. 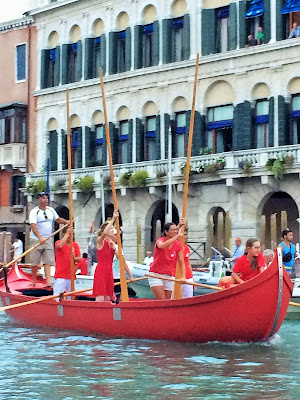 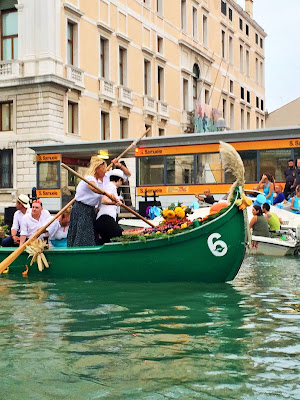 Once the pageantry comes to a close, the racing begins.
There are contests between men, women, guys under 18.
One of the more exhilarating races this year was the contest between six-man caorlina boats.
Two boats finished so close that a photo-finish was required. 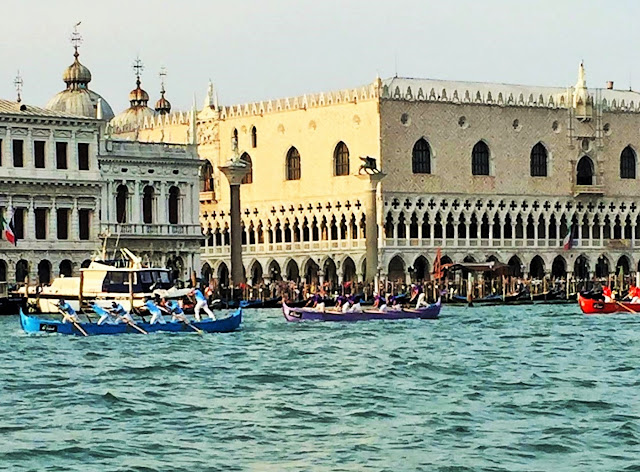 
the final race of the day is between two-man teams on the gondolini.
You may recall the drama earlier on in my posts:
Cowardly Sabotage
and Come Together!
In those posts you can read about how the gondolino boats were brutally vandalized.
Three expert boatbuilders got together and repaired those gondolini,
and the race went on.
No matter who's in the race, it's a great race.
But because Paolo D'Este announced his retirement from the Regata,
word around town was that this year it would be a "one horse race".
for the last I-don't-know-how-the-heck-long, there have been two
heavy-hitting teams that have traded punches and fought over first place.
Nearly every race has finished with those two teams in the top two spots.
The teams being Paolo D'Este and Ivo Tezzat, and two cousins from Sant'Erasmo known as the "Cugini".
This year the other team, "the Cugini", were the favorites.
They took off in their blue boat, put some distance between them and the other competitors, and kept it that way. 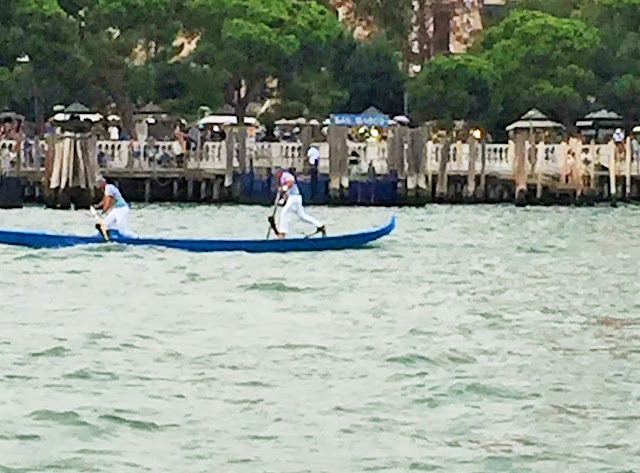 The Cugini taking off... 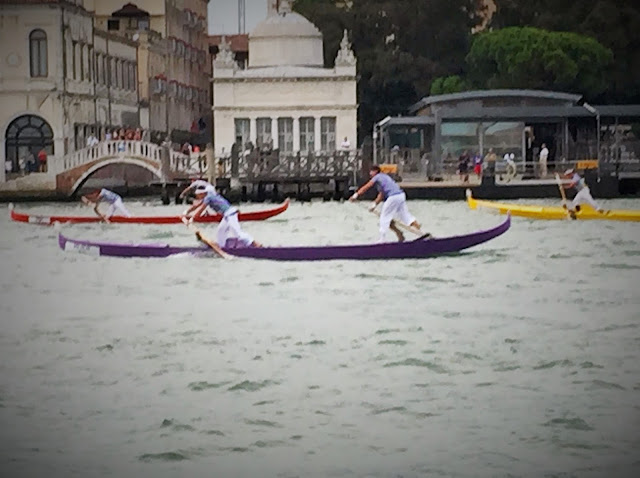 ...other boats chasing.
Everybody rowed fast.
It's just that the two cousins ("Cugini" in Italiano) were rowing a little faster.
The crowds cheered, perhaps louder than usual.
It was, after all, the first time they'd seen seven of the nine racing boats fly by after having been drastically repaired only days earlier.
As the gondolini crossed the line, the Cugini had won it,
and were seen shortly afterwards on the judges platform. 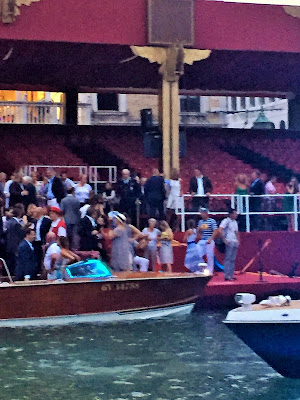 They're somewhere in there.
All in all it was a fantastic Regata Storica.
Some of the boats passed by Andrew and Peter close enough to touch. 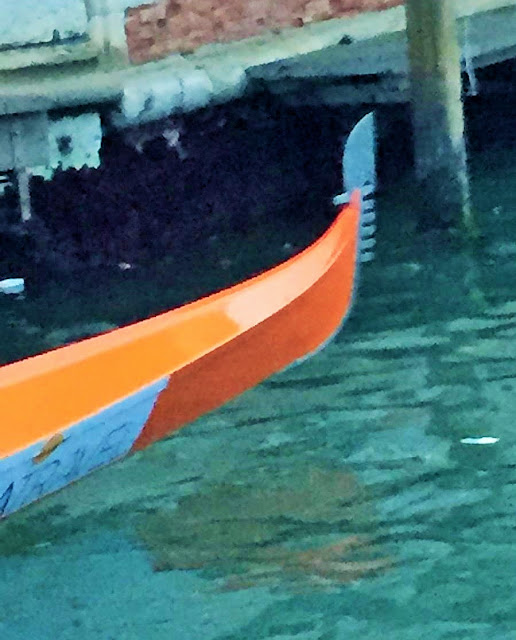 Congrats to all who competed in the 2016 Regata Storica,
especially the two cousins known as "the Cugini".
Posted by Gondola Greg at 10:00 PM