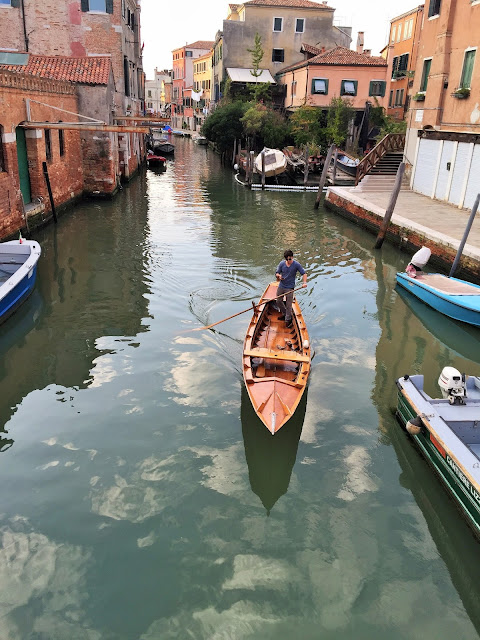 Crossing a bridge in the Cannaregio district of Venice,
I looked over to see a little hidden gem of history:
an old squero, which is privately owned now and still has boats in it
(but not gondolas).
Coming up the canal was a beautiful fully varnished rowing boat.
I had to stop and watch. 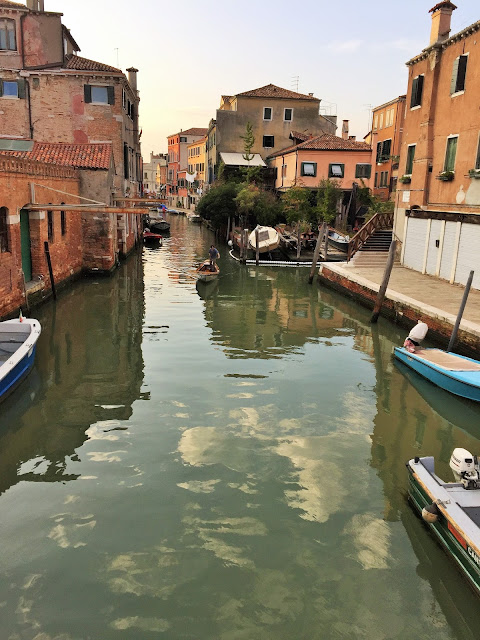 The bridge spans the Rio della Sensa - one of several long canals
that make up Cannaregio's long and organized grid-like layout
(noticeably less chaotic, compared to many of the canals in the city). 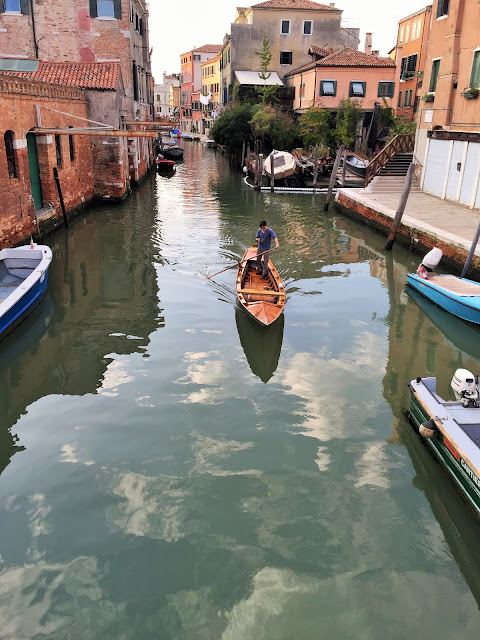 So there he was, a solo rower on what may have been
his own personal boat, rowing along.
I don't know where he was going or where he'd been. 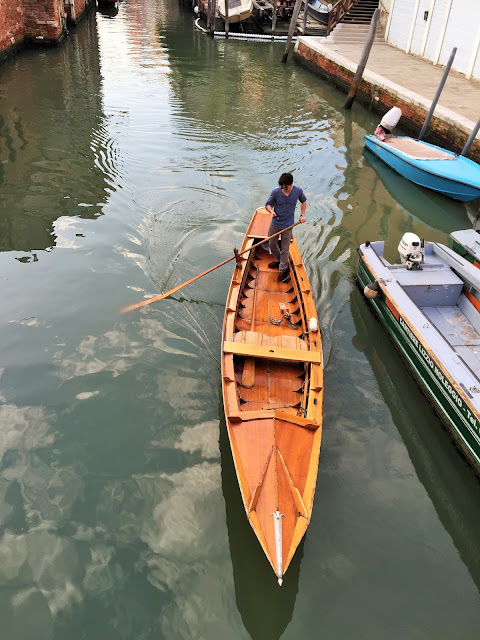 Of course, like many true Venetians - he's got a special bond with his phone.  For most of the time I observed him, he was either on it or fiddling with it.
But then it is his boat, and his time,
No passengers to complain,
and you really only need one hand to row. 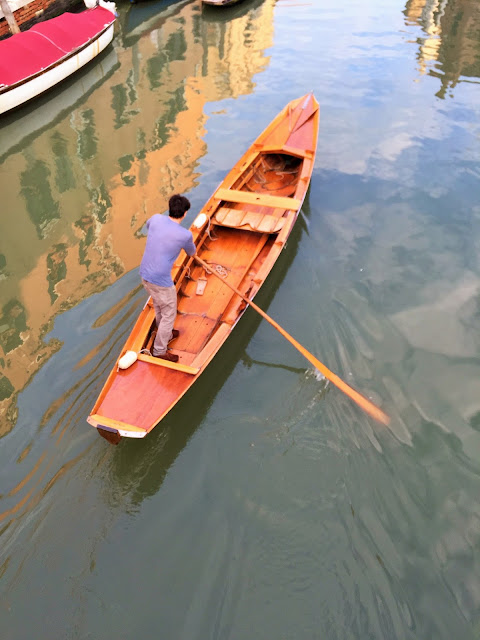 Just another beautiful boat in Venice.
Looked like a sandolo to me,
but there may have been some mascareta-hybrid traits in there.
Either way - a boat I'd sure like to row if I lived there. 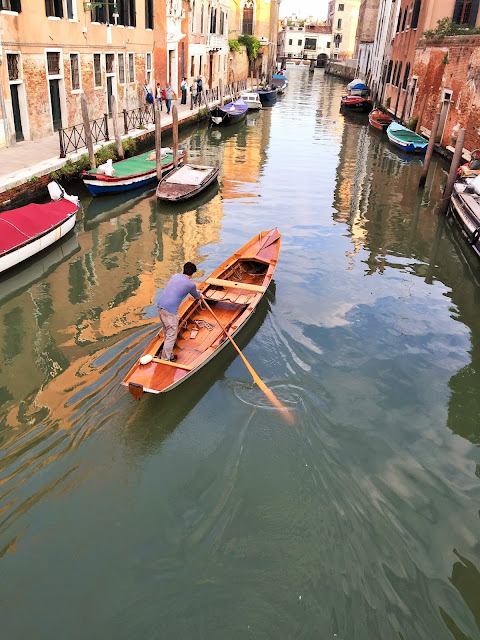 And just as quickly and quietly as he arrived,
he and his well-cared-for craft were gone,
rowing of to who-knows-where. 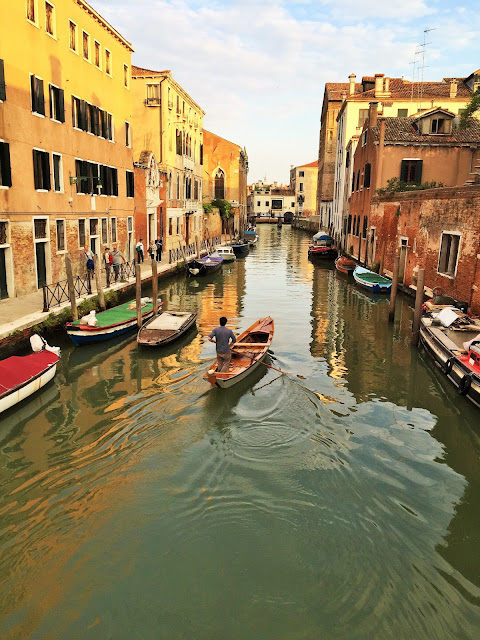