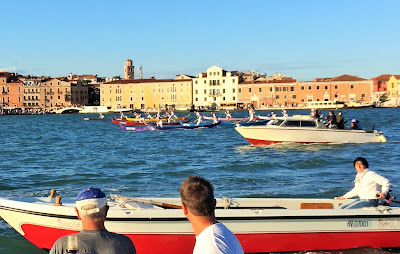 Our friend Andrew is in Venice.
He went there to see the Regata Storica (and to make us all jealous).

I received a message from him a couple days ago with photos that I featured in "Swingin' by San Trovaso".

"Typical local motor boat....fiberglass hull...Yamaha 40hp.
I've been here 48hrs and I've already been all over town it seems.
I love it here."

Andrew tells me the boat is a common craft in the Veneto,
made by Brube in Mestre.

Andrew's friend, a retired gondolier named Sandro, owns the boat and obviously knows his way around the city.
Here is Andrew's report on the race of the gondolini:

This was the 3rd Regata Storica that I have spectated, and it was my favourite to date as I got to see the three most exciting parts.


The race starts in front of the Giardini so we settled in among the other spectators and waited for the fleet to pass by. I believe this is the most technically demanding part of the race as the water is rough and the boats must maintain their line until the second set of buoys, after which they can pick their own lines. Typically, whoever is leading going into the Canale Grande will win the race. 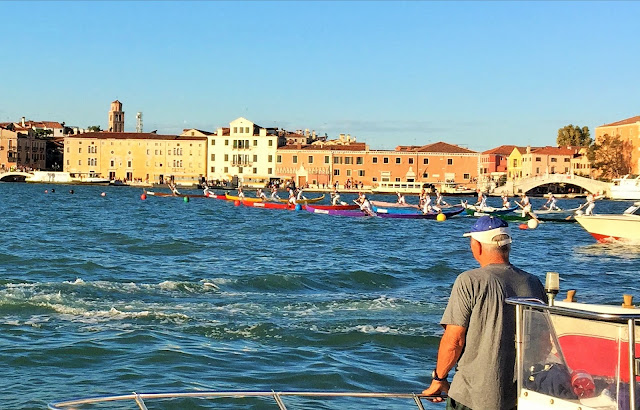 Lined up to start. 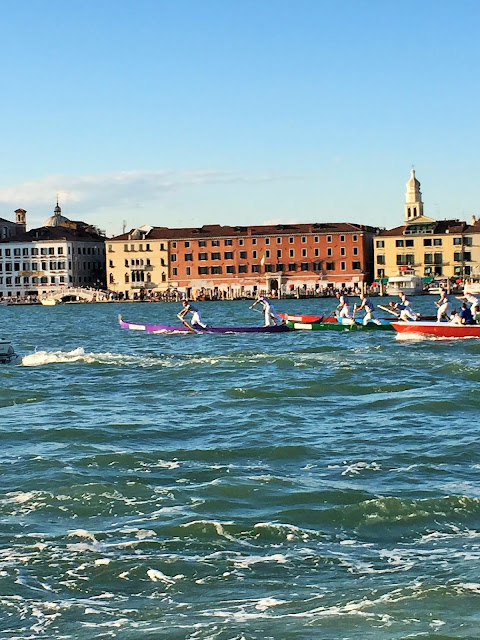 And they're off!
Here are a pair of videos:
Starting in the lanes.
Picking up speed and heading toward the Canalazzo.
After they passed us we blasted down the Giudecca to make it to the paleto (the pole where they turn in front of the Ferrovia train station). 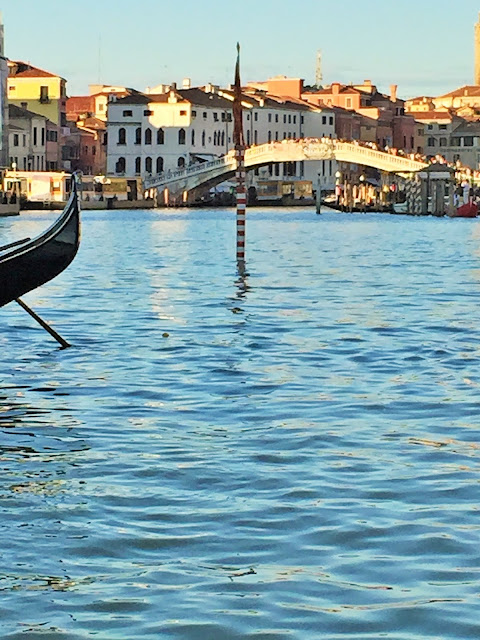 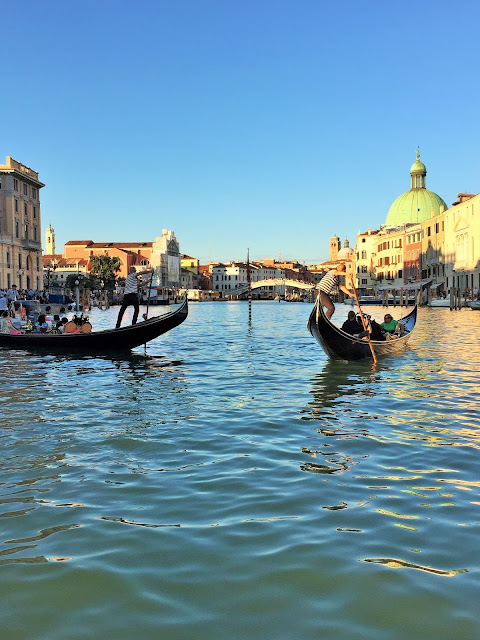 Gondoliers jockey for position so their passengers get a good view. 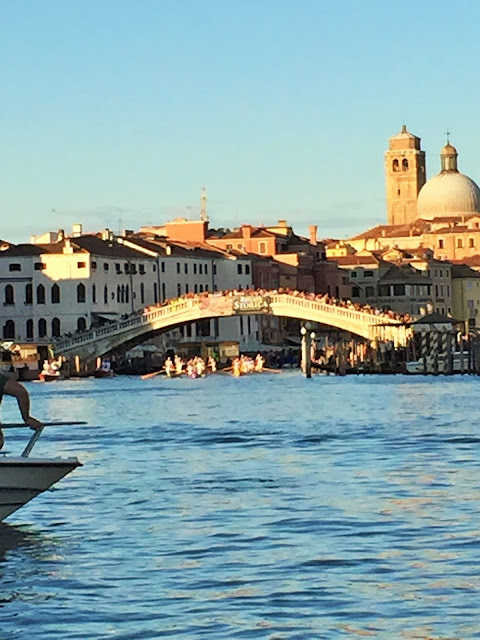 The gondolini appear beneath the Ponte Scalzi.
Here's the turn at the paleto:
By this stage the race is getting down to the business end.


After the fleet turned and raced off to the finish, we headed off again to try and get as close as we could. The spot we made it to was the Rio de la Frescada....The finish line was about 50 metres to the left. 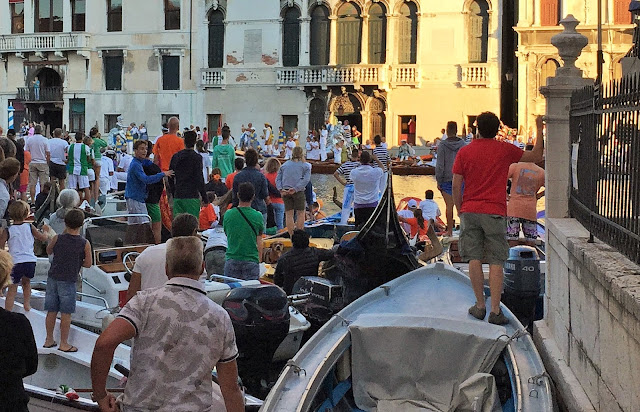 If you look closely you can see the eventual winner, the purple boat, pass between all the heads and boats. 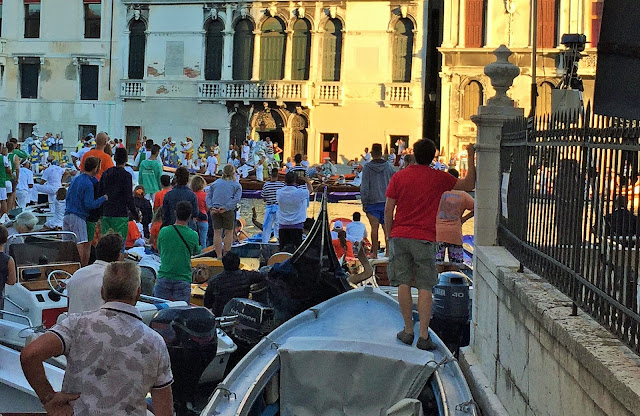 Thanks must go to my dear amico Sandro for being my captain and guide for the afternoon.


Anyone who is into voga alla veneta has to check this regata out! It's really impressive.
-Andrew
For the longest time the front of the fleet has been occupied and fought over by two teams:
Paolo D'este and Ivo Redolfi Tezzat in one boat,
and two cousins named Rudi and Igor Vignotto
(often simply referred to the "Cugini").
These two teams have been duking it out for years,
sometimes with a "photo finish".
Whatever happens, when they are in the race,
you can be sure it will be interesting.
As it turns out, there was another "interesting moment" involving the two rival pairs on Sunday afternoon.
During the race, the boats got too close and a race official disqualified the D'este-Tezzat boat.

Here is a snap of two photos in a local newspaper showing:
1. The alleged infraction - the orange gondolino attempted a passing maneuver that was unauthorized and the forward oar of the orange boat was under the bow of the light purple boat.
2. The raised hand of one of the Cugini on the light purple boat - this is a rower's way of alerting judges to something.

I'm certain that Venetians are debating this disqualification as much
as NFL fans are still arguing over the level of inflation of Patriots footballs.

Honestly, I don't know enough of the details to posit an opinion - just
reporting what I know thus far.
Another boat was also disqualified.

Many thanks to Andrew McHardy and his friend Sandro for the great photos and information.