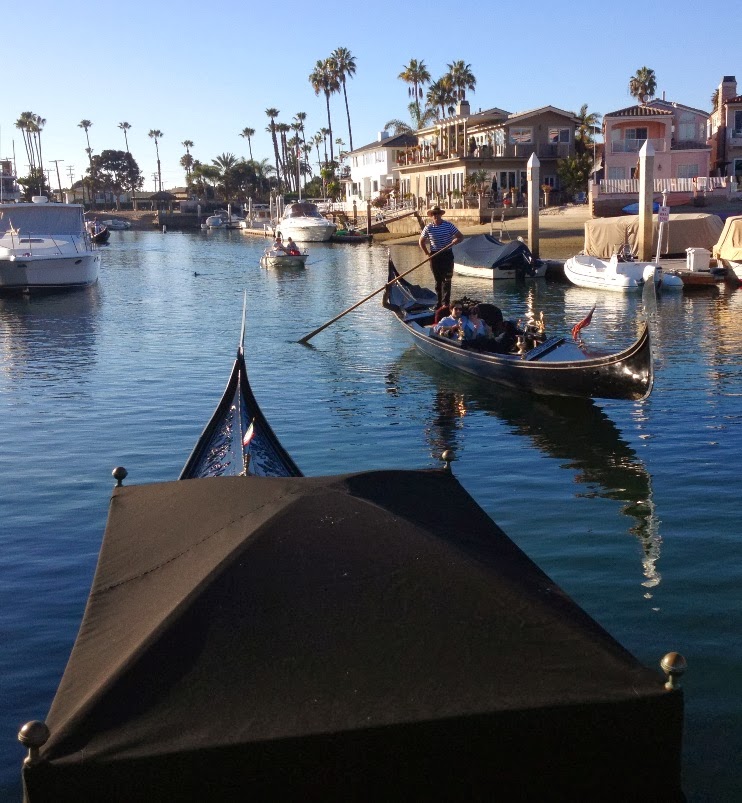 A week after the busiest day of the year for those of us who operate gondolas in Southern California, I've finally gotten a chance to download some of the photos I snapped with my phone from the back of the boat. 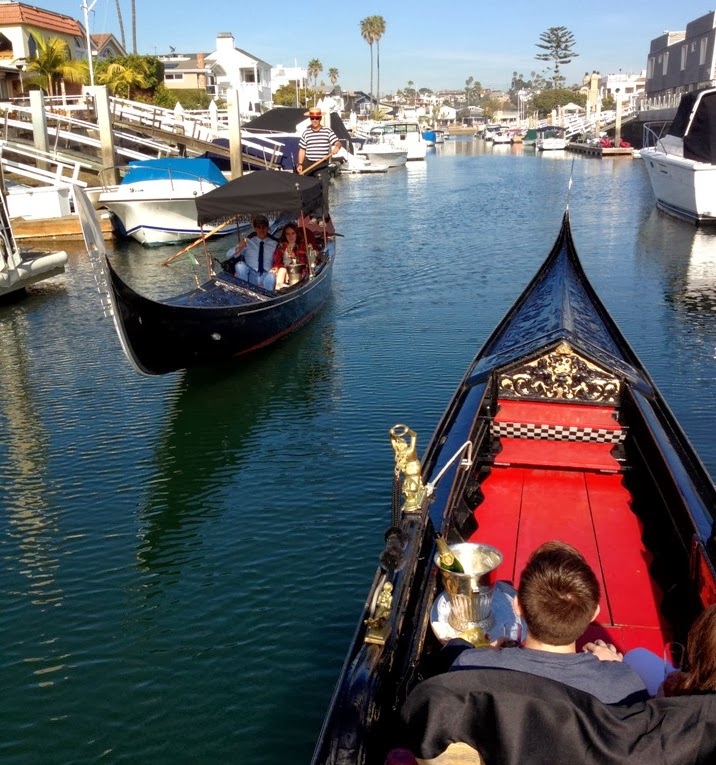 John Kerschbaum and I traded boats a few times, so you may notice that some of the shots are from the Wedding Gondola while others were shot from the back of the Lucia. 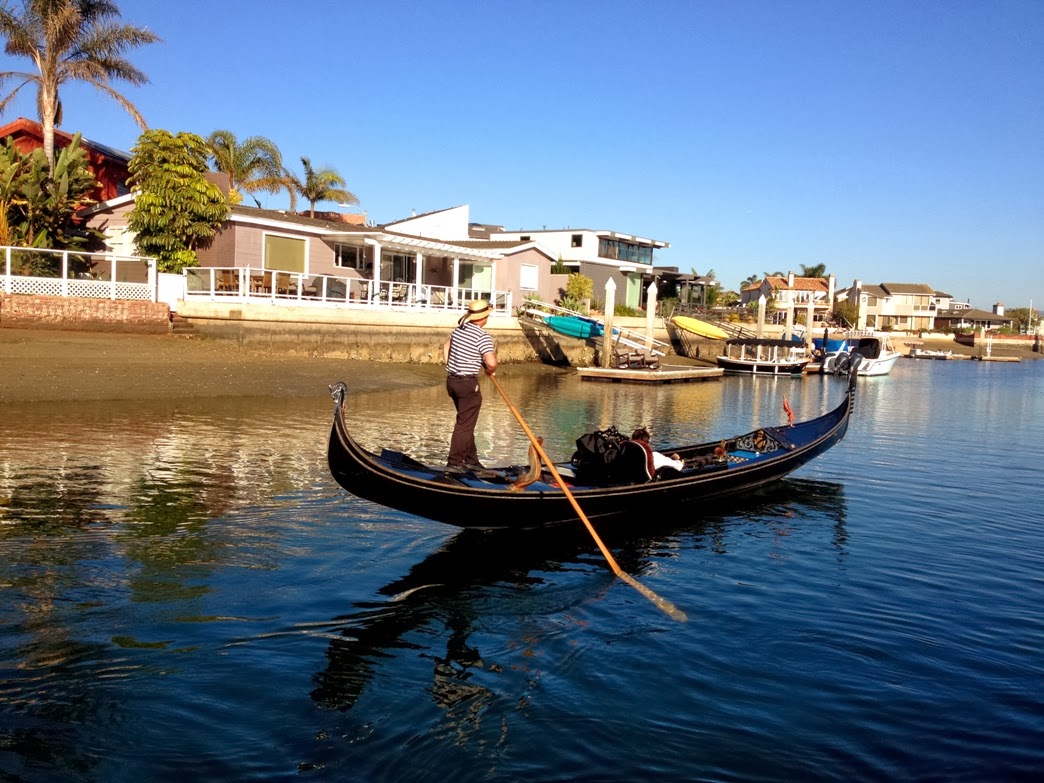 Bob passes by on the Phoenix. 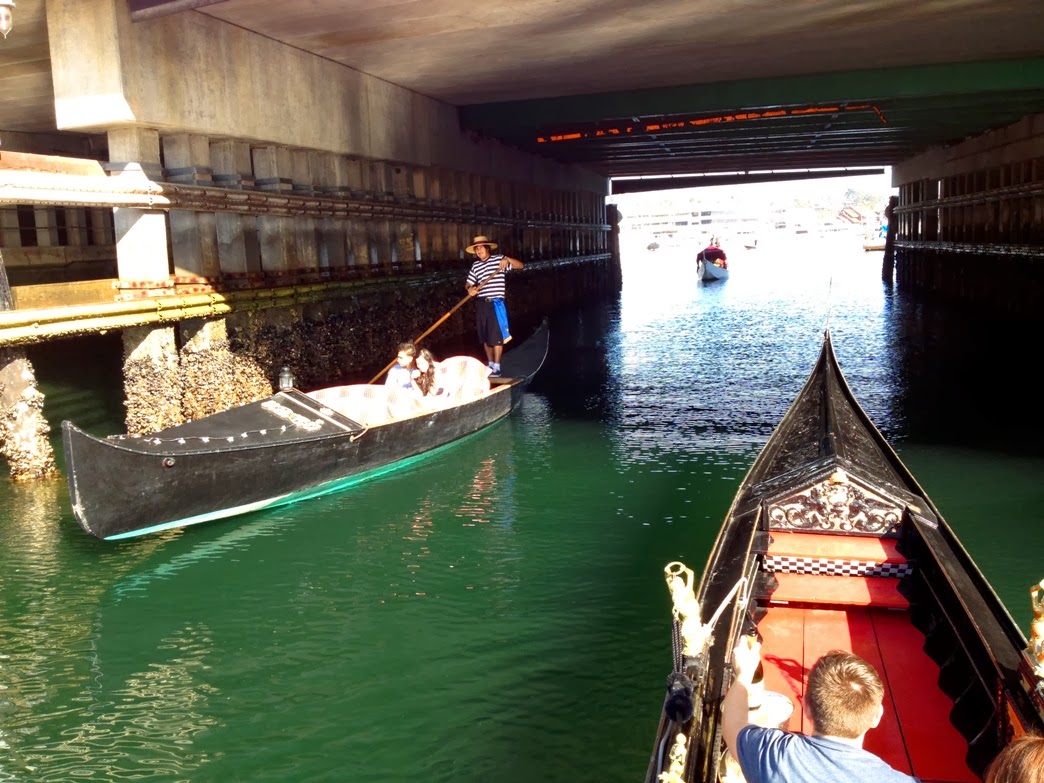 Eddie from the Gondola Co. of Newport smiles as his boat emerges from under the Newport Blvd. bridge on a sunny day in February. 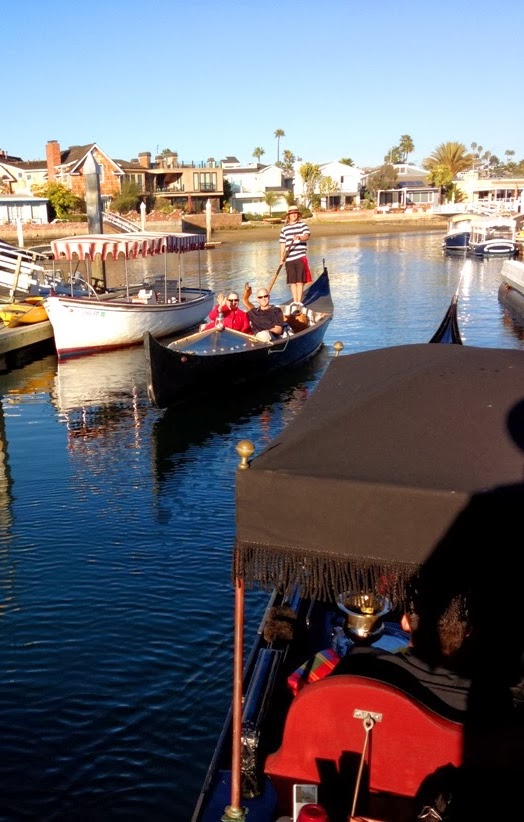 Parker (also from the Gondola Co. of Newport) approaches
with happy passengers... 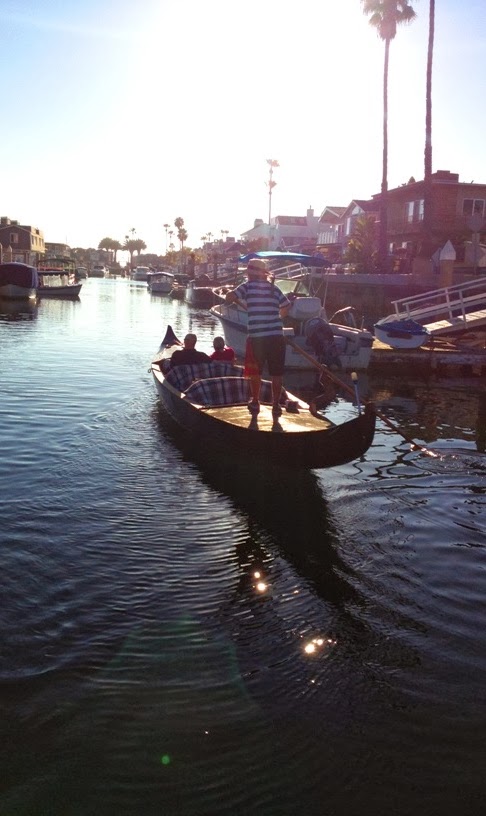 ...and glides off in the sunshine.

The weather in mid February is usually unpredictable, and while it's nothing compared to what our friends in the North East face, the threat of rain is usually enough to keep some folks from booking cruises.  This year we had consistently pleasant conditions, and it showed in our bookings.  Valentine's Day is vital to our operation - allowing us to survive through til spring.
We were blessed this year, and thankful for the sunshine.

Although it wasn't all sunshine; in the late afternoon, we had some ocean fog roll in a few times - it wasn't enough to affect visibility, but it did create a mystic mood on the water. 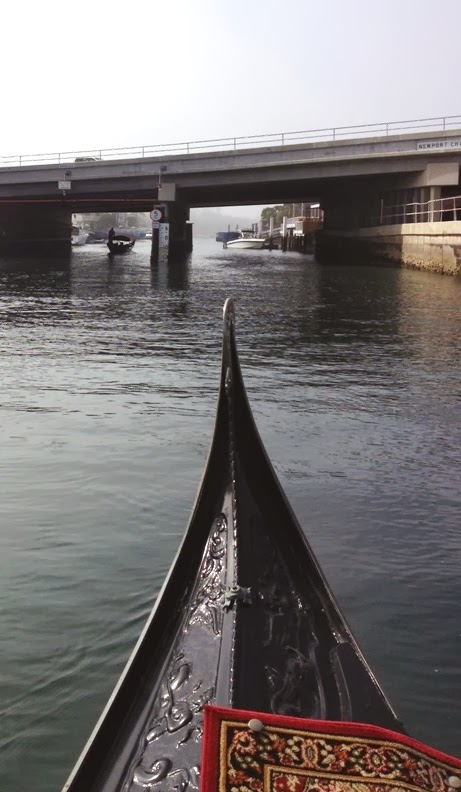