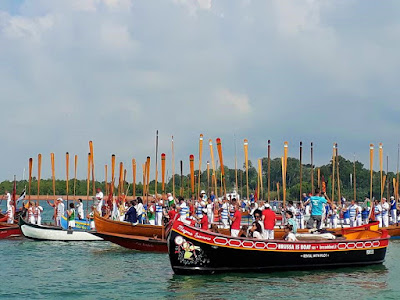 This past Sunday the people of Venezia took part once again,
in the age-old traditional ceremony known as La Sensa.

Last weekend many of us here in California observed a similar ceremony in Long Beach, which was inspired by the one in the Venetian lagoon.

It all begins with lots of people heading out on boats. 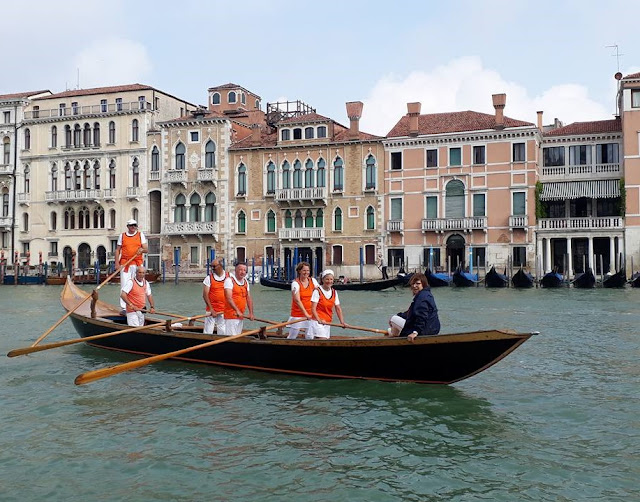 One of the GSVVM's batelas makes it's way through the Grand Canal.
photo by Moitza Nicolini 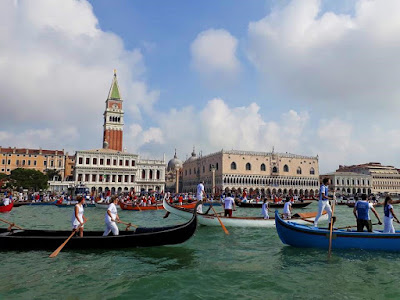 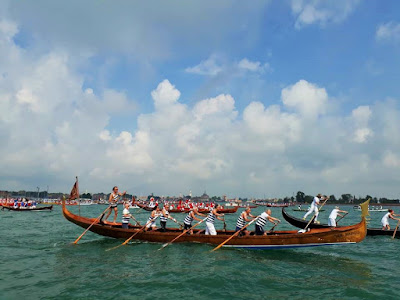 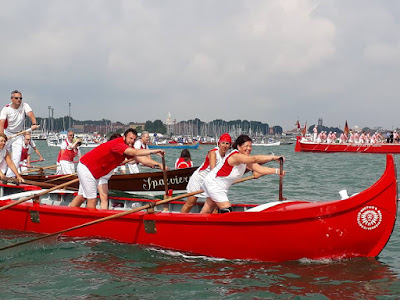 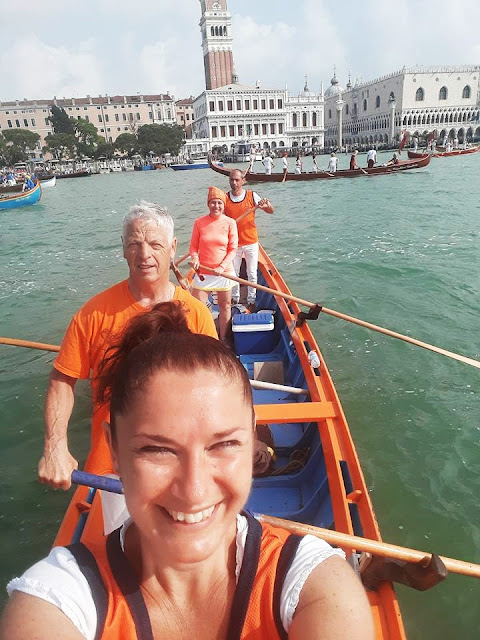 A GSVVM sandolo rowed by four of my friends.
photo by Moitza Nicolini 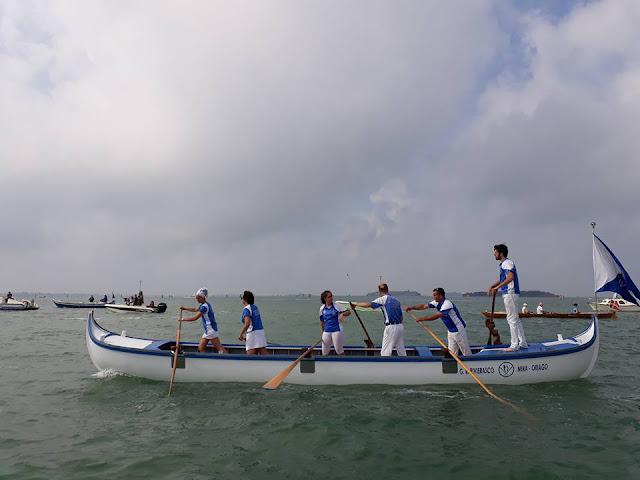 All of the boats follow a grand vessel, carrying several dignitaries,
out to a designated spot.
A church official delivers profound words of blessing,
along with those of a wedding ceremony.
The wedding takes place between Venezia and the sea.
At the height of it, the reigning leader
(it used to be the Doge, now it's the Mayor)
tosses a gold ring into the sea, sealing that marriage. 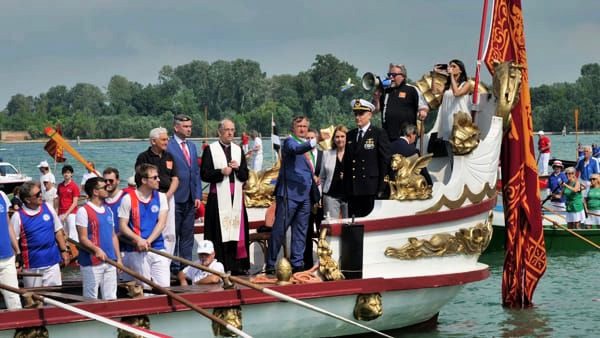 The tossing of the ring.
Special thanks to Ruggero Zannini for this great shot 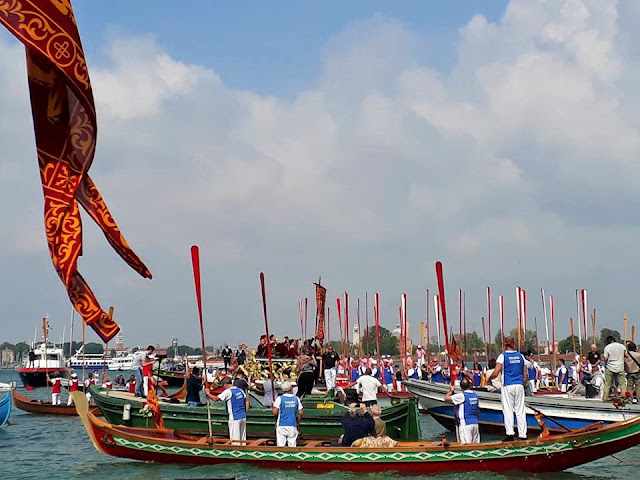 And in solemn reverence, everyone, on every boat, raises their remi.
photo by Moitza Nicolini

My sincere thanks to both Moitza Nicolini and Ruggero Zannini for the photos that made this post possible.
Posted by Gondola Greg at 1:05 AM