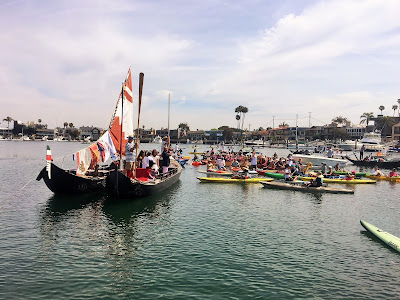 Known as the "Sensa", this ancient annual gathering has gone on in Venice to commemorate the city's marriage to the sea.
Yesterday a few of us Newport gondoliers joined the ranks of Long Beach gondoliers to celebrate the second annual Long Beach Sensa.

I wrote a fairly in-depth account of last year's event in my post:
"The Long Beach Sensa 2017"

Last year I brought my own boat.
This year we were lucky enough to jump on board another out-of-town boat, as Drew from Tahoe Amore had one of his gondolas in the water.
We set her up with my clamp-on forcole and broke out my four-man set of oars.  Rowing her in "four wheel drive" was a blast.

At the last minute one of our four had to row another boat, so we recruited Tyson Davis - who grew up rowing in Long Beach, and was also co-founder of Sunset Gondola.  With a fourth guy on board we were back in business. 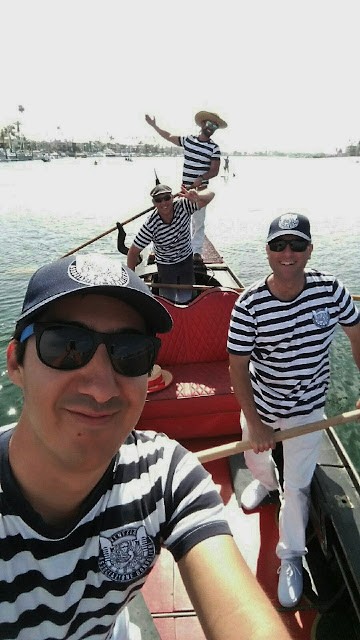 Before the ceremony, all boats made their way slowly around the inner canal loop of Naples - where most passenger cruises go.
It was part parade, part warmup, and a good chance for us to work the bugs out of our system, as the four of us hadn't rowed together like this, and the boat had never been rowed by four oars.

Next we were back in the basin of Alamitos Bay, getting ready for the official ceremony. 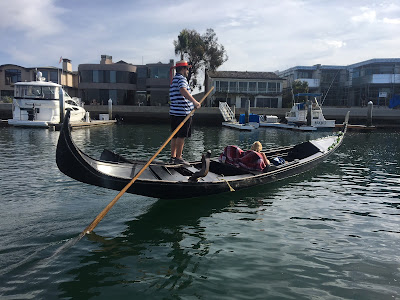 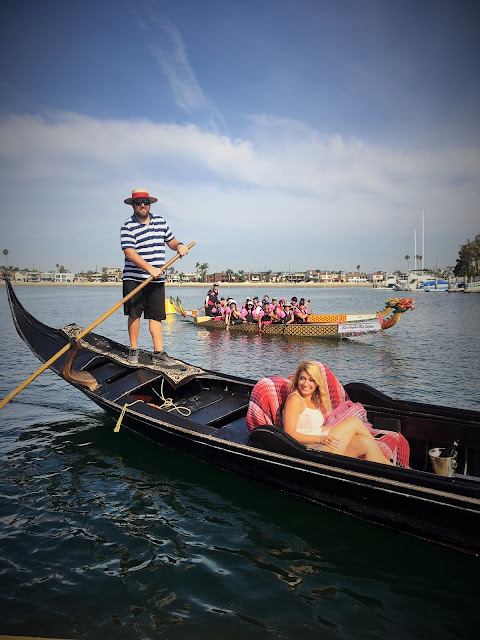 I swear, these two are still on their honeymoon. 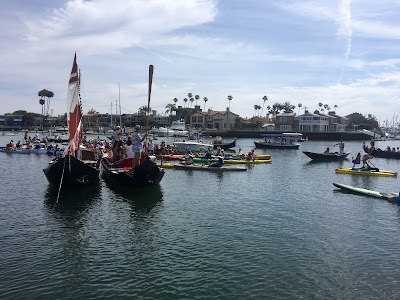 The ceremony gets underway. 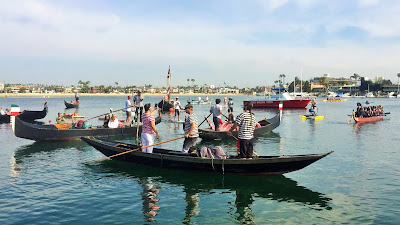 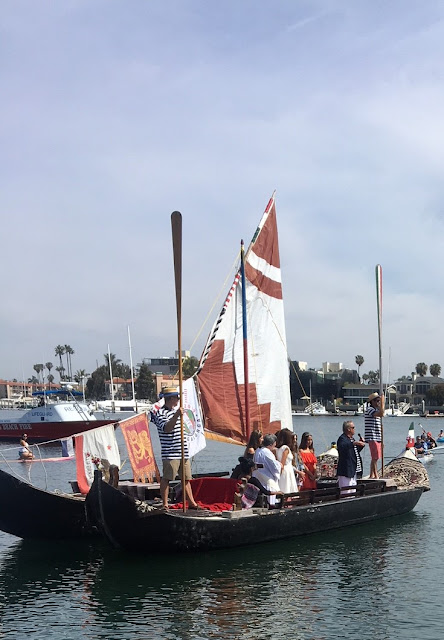 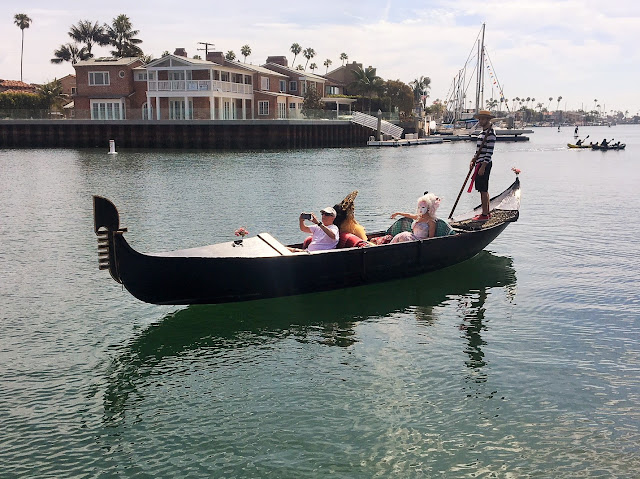 Some passengers even came in costume. 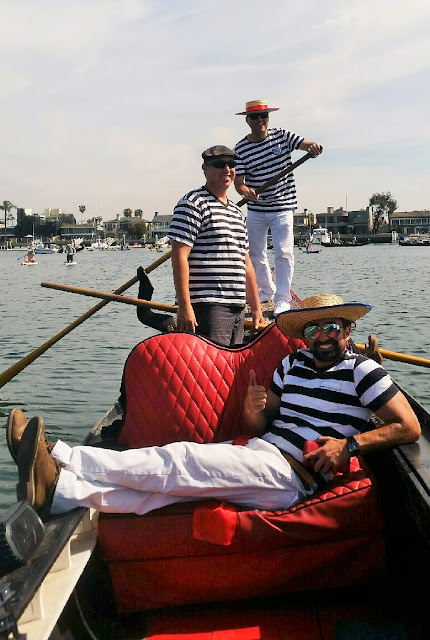 Drew - enjoying his cushioned seat for a change. 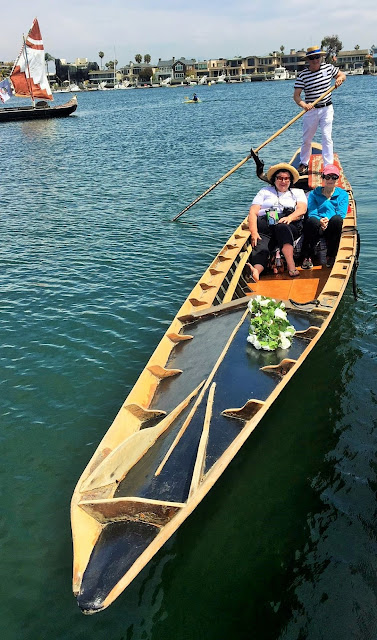 After the ceremony, all the boats took off on a more spirited row
around the whole of Naples Island.
Returning, we all made our way ashore for a feast prepared by Michael O'toole and his staff. 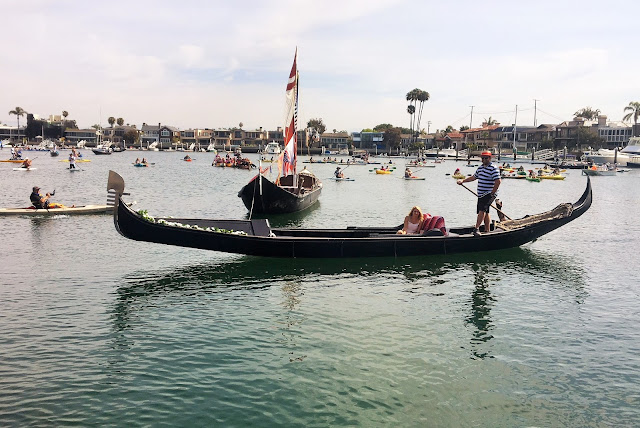 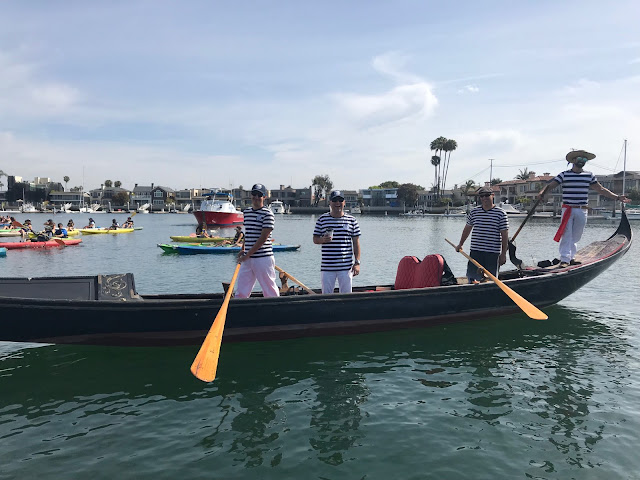 As a nice surprise, John Synco of Gig Harbor Gondola made an appearance.
He grew up rowing at Gondola Getaway,
so it was a bit of a homecoming for him. 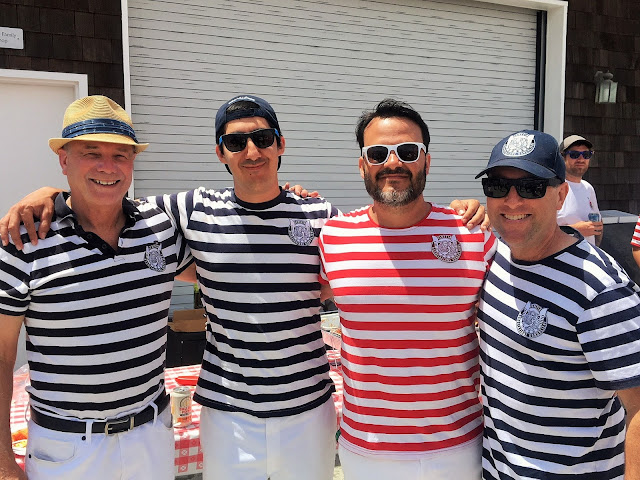 
Mille grazie to Gondola Getaway, for inviting us to join in such a fun event.
I'm already looking forward to next year. 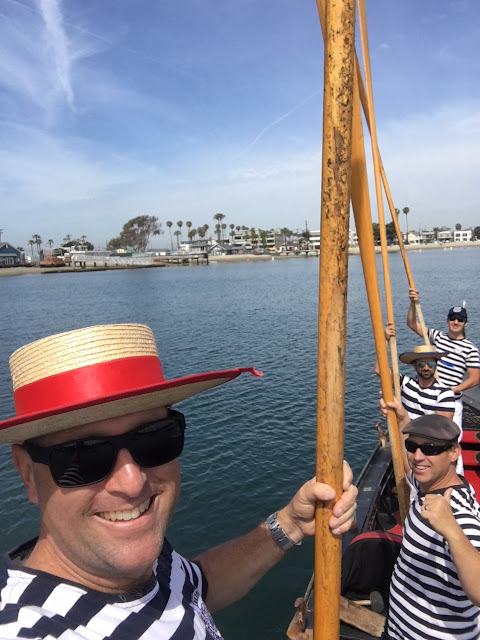