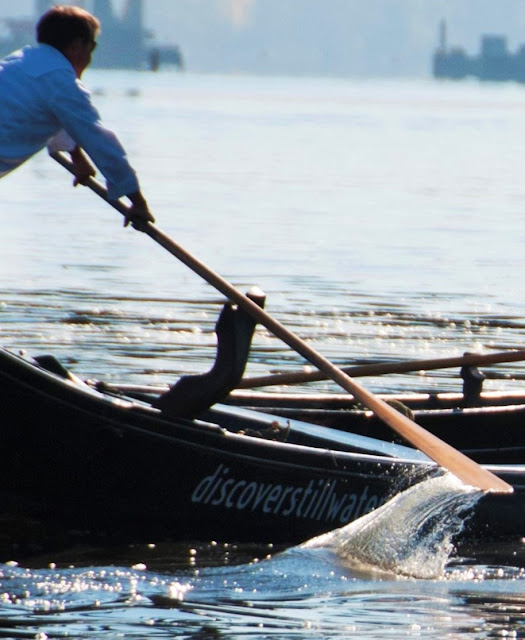 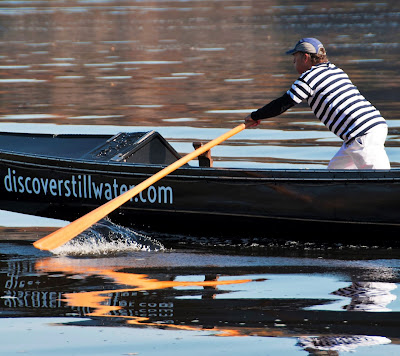 The Sprint events this year at the US Gondola Nationals
were among the most popular races on the docket.
In fact more two-man teams entered the Tandem Sprint
than any other two-man event.
If you wanted to place, you had to row fast.
And because it was a short course, the top four or five finishers
in both Solo and Tandem, were all within a second or two of each other.
Most of the teams were pairings of guys from the same servizio,
But the duo that pulled in the bronze medal time was two guys from
different states, who had little to no time to train together,
and who seemed to just step on the gondola for the fun of it that day. 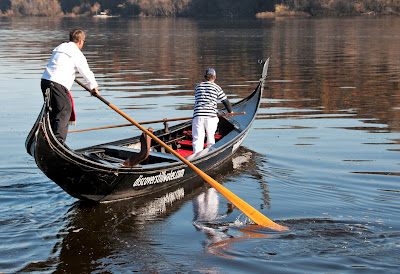 They rowed out to the starting line, 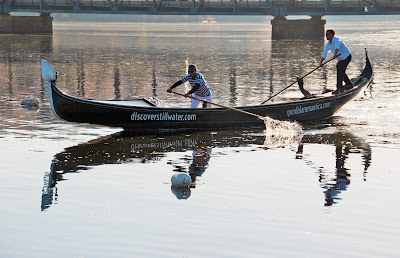 and went about the business of kicking ass.
John Kerschbaum of Gondola Romantica
and Tim "Bepi" Reinard of Sunset Gondola
are certainly not new to the sport.
Tim hosted Nationals three years ago,
John hosted the event this year.
Both guys have rowed in Venice.
Both guys own gondola operations,
and have been in the business a long time.
They are among the oldest regular competitors,
in fact they are old enough to be the fathers of
some of the younger entrants at the USGN
(something I can fully identify with)
And yet with age comes experience - something that can
really make a difference in a sport that's more than just brute force.
Technique and timing are of great importance in Venetian rowing. 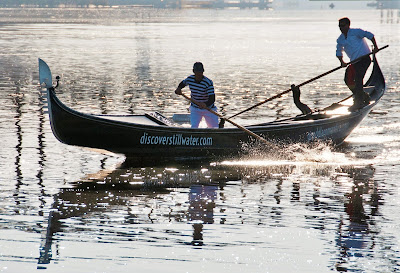 Quickness off the line is important. 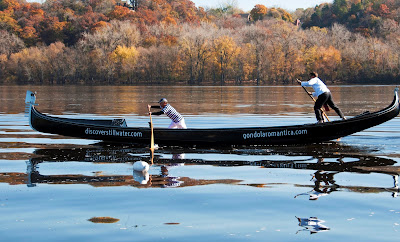 Rowing in perfect synchronization is key. 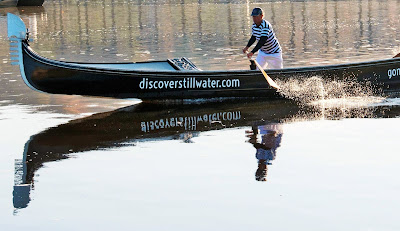 Next thing you know, that gondola is really moving.
The surface rushes by rapidly.
Everything becomes a blur.
In the Sprint events it's full throttle all the way.
There's no holding back at all. 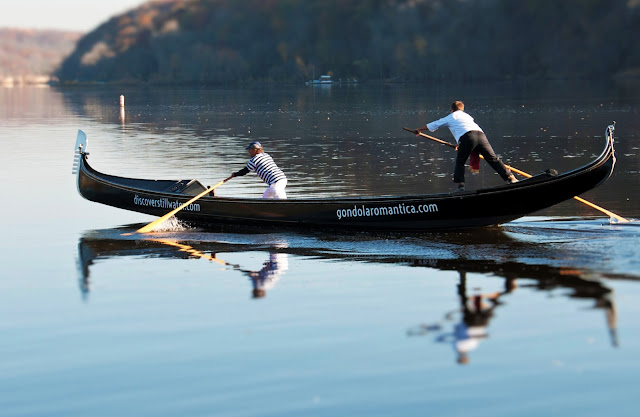 You turn at the buoy, and head back at breakneck speed. 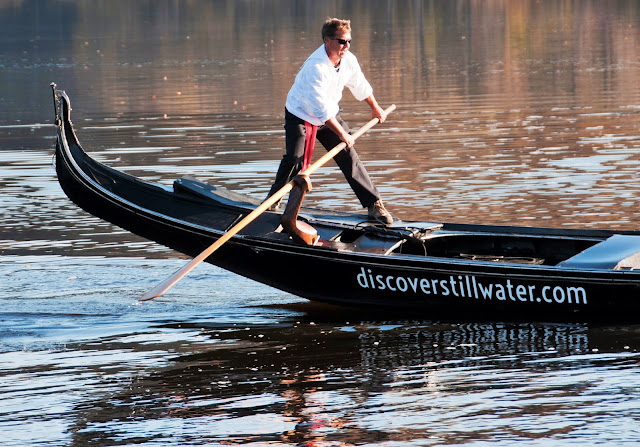 The guy on the back has to keep the boat going in the right direction,
and keep up with the guy in the front... 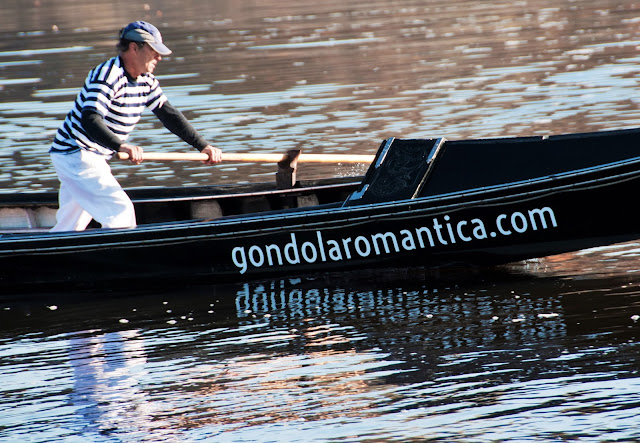 ...who is blasting away as fast as he can. 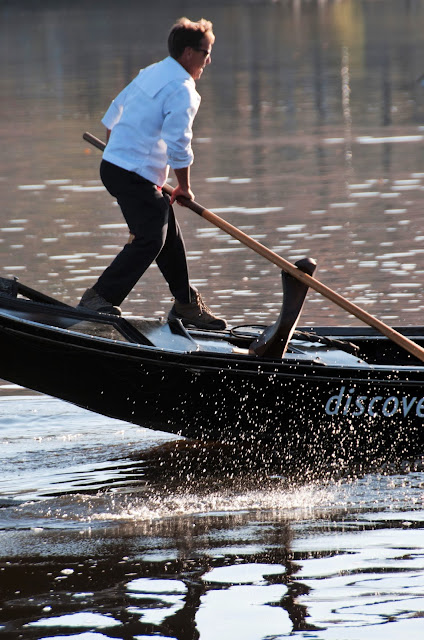 All that speed, all that power,
all that technique, timing, and experience
brought Tim and John across the line fast enough to capture medals. 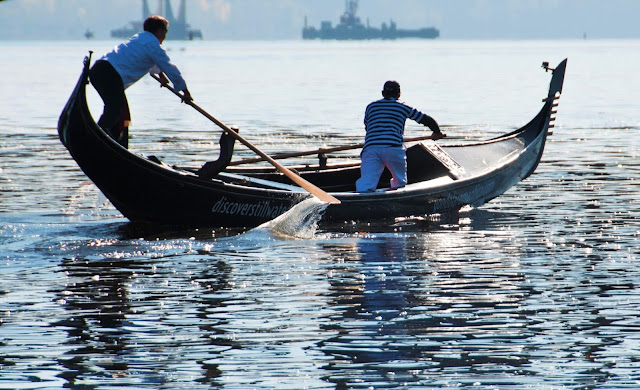 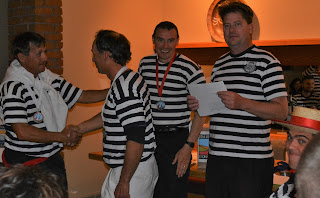 I told this same story last month with different photos,
in my post "Tim and John Take Off",
but when I saw Richard Sonnen's collection,
and got his permission to use them, I had to post these as well.