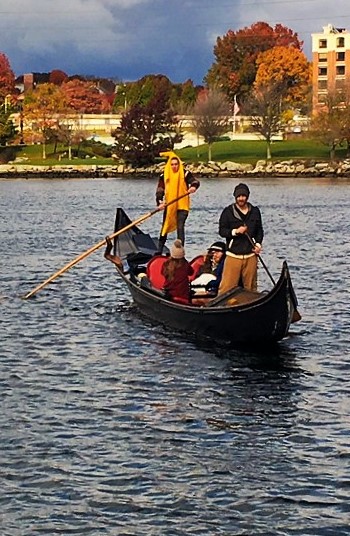 It's haulout time in the northern latitudes.
Our friends in New York, New England and Minnesota have all been putting on extra layers and dragging their boats out on trailers for Winter.
Lately, in Providence, Rhode Island, somebody at La Gondola has been
showing up for the row-to-haul...wearing a banana costume!
I have to say, that this level of randomness warms my heart.
The gondoliers, staff, and friends there make a celebration of haulout day.
Owner Marcello told me it's one of the happiest days of the year for him,
because haulout signals the end of the season.
So after a long, exciting, and yet draining season,
this final day on the boats is a last hurrah, and a rare opportunity to get crazy because the only passengers are spouses and girlfriends. 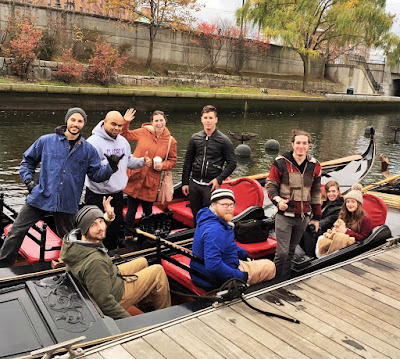 The crew of people who showed up for haulout this week:
In somewhat organized order,
Ivano, Alberto, Succo in the nearer boat.
Rosario, Mariano, and Francesco on the outside gondola.
Also pictured are the fair Sarah, Jackie, and Shawna.
The yearly ritual of hauling out the gondolas in Providence
involves a rowing trek down the Woonasquatucket River
(where they take passenger cruises).
They go past the hurricane barriers, and take a left up the larger
Seekonk River - where there's more current, and sometimes strong winds.
Heading upriver, they work their way to the launch ramp across the water from India Point Park, and then marshal all of their skills to stick the landing - delivering each of their gondolas in the sweet spot of a trailer
(with crosswinds conspiring against them).
Enter Ivano - a guy with the type of random craziness that makes me hope he'll one day move to California and ask for a job.
I asked him about the banana costume and here's what he told me:
When I started this tradition my car was a mess
and I wanted to do something that we would never
be allowed to do during the season.
As we were about to leave the dock I just so happened
to see a banana costume that I had bought at a yard sale
a few months back so I figured what the heck.
I made sure I left the dock with the costume in my bag
so Marcello would not see it
(I did not think he was going to approve)
then while rowing I put it on and was sure to finish the season in a banana costume.
Thats how I did it this year as well,
"I found that putting on a banana costume is far more difficult while rowing a gondola than you would expect"
especially in open water with tides and wind.
Its been fun doing it and it always brings a smile
to everyone's face. I guess it is my tempt of fate
but the river has yet to claim me!​
Here's Mr. Banana Suit piloting his gondola expertly in the wind,
right into place on the trailer:
Next, we see the Solo Slalom gold medalist - Mariano,
bringing his boat in as the wind rips.
Here's part one:
And here's part two, with Rosario tending
to the perfect placement of the bow:


Northern port haulouts can be bittersweet
for the gondoliers who row the boats.
On the one hand it's the end of the season,
so there won't be any more cruises until spring.
On the other hand it's a finale of a great year
for many of them in Providence, Minnesota, and other locations. 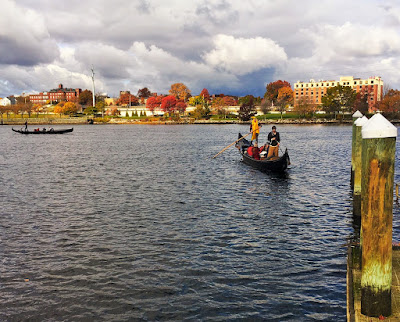 Once the gondolas are on their trailers at the end of the season,
it's actually the beginning of another season - one that involves tools,
sanding, varnish and paint - so they look perfect for launch in the spring. 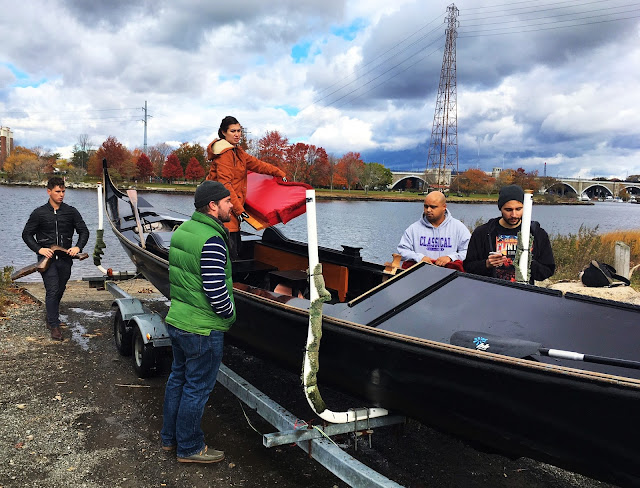 Stripping the gondola of all those things that
would surely fly off somewhere down the road.
In an effort to capture the true essence of Mr. Banana Suit,
Shawna Joly convinced him to pose for a few shots,
so we can all appreciate the style and substance. 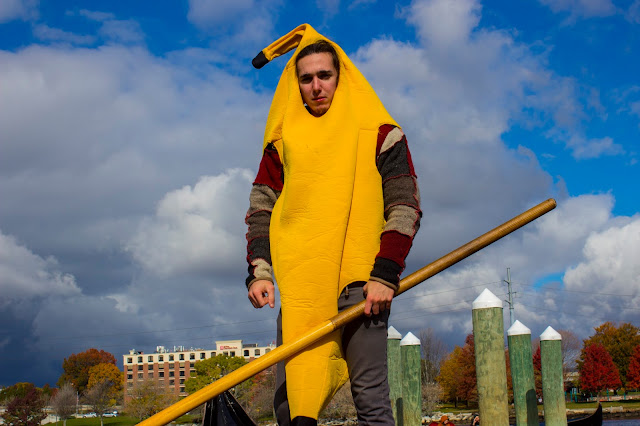 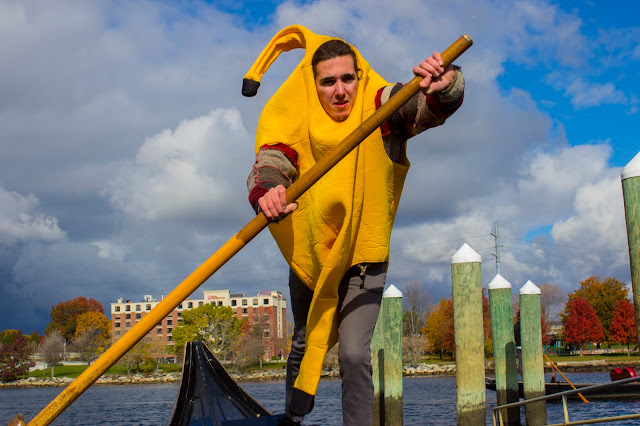 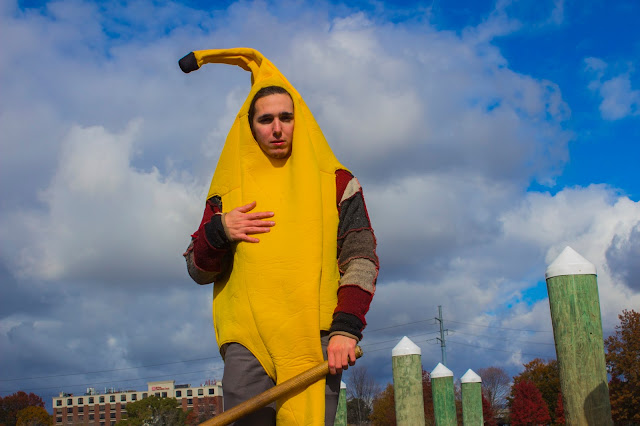 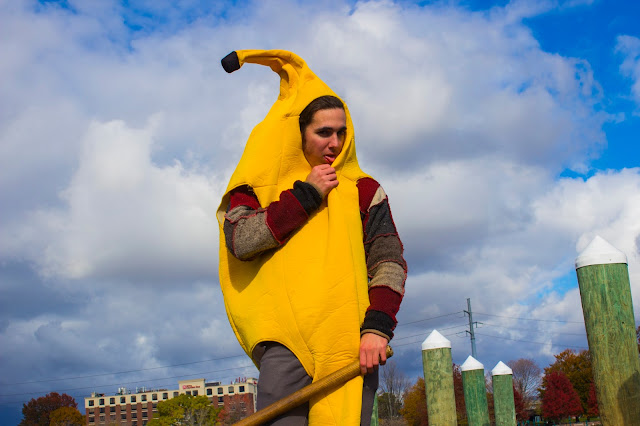 Sexy Banana.
Thanks to Shawna Joly for the four photos above,
and to Marcello for the rest of the images in this post.
Posted by Gondola Greg at 1:00 AM