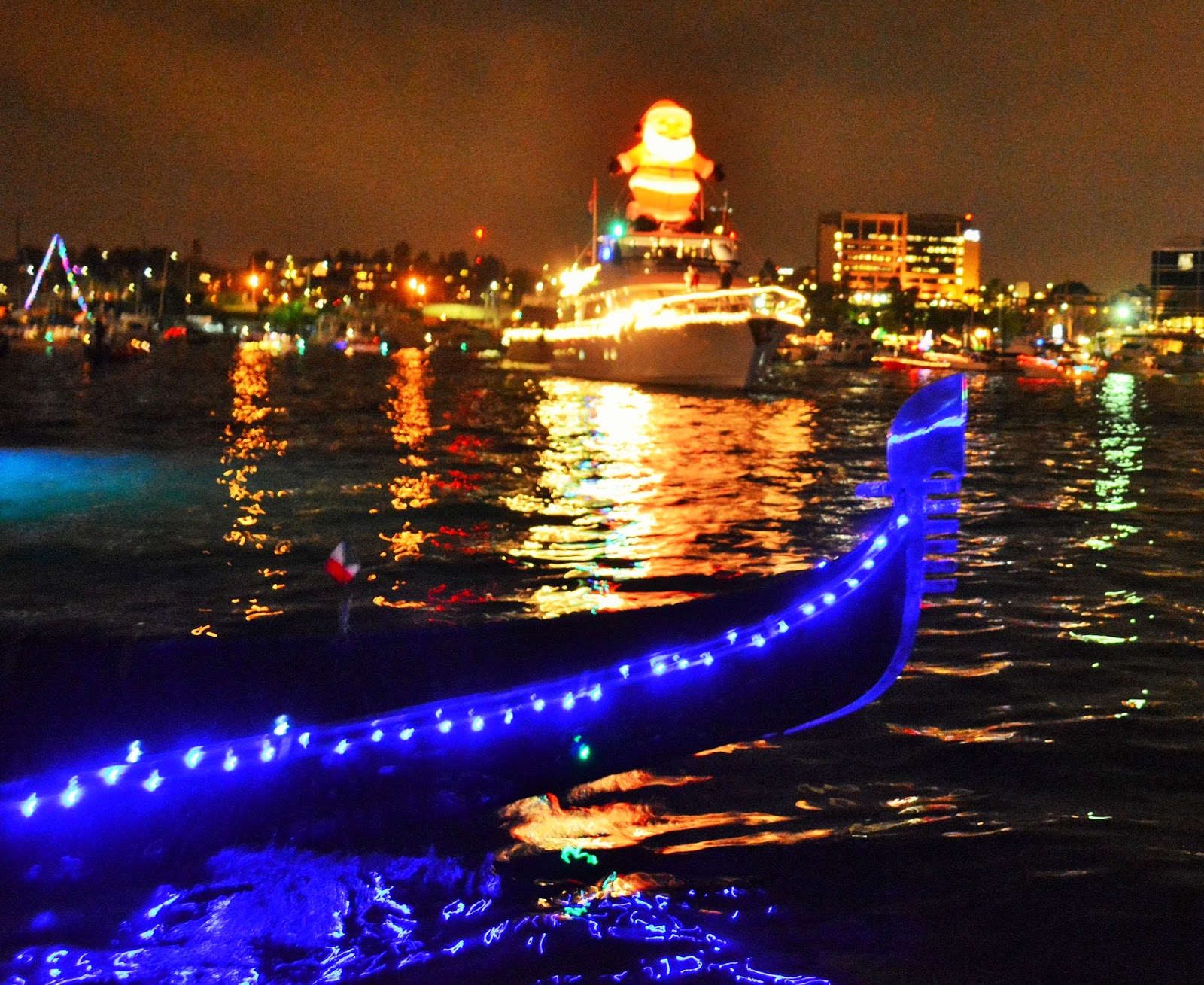 Here in Newport Beach, the Christmas Boat Parade is upon us once again.
At the last minute we had some friends in the area who hadn't seen the
parade from a gondola and we felt the need to remedy that, so off we went
in two gondolas.  Simon jumped aboard to row the second boat, and ended
up filling the foreground of some pretty decent photos and video clips. 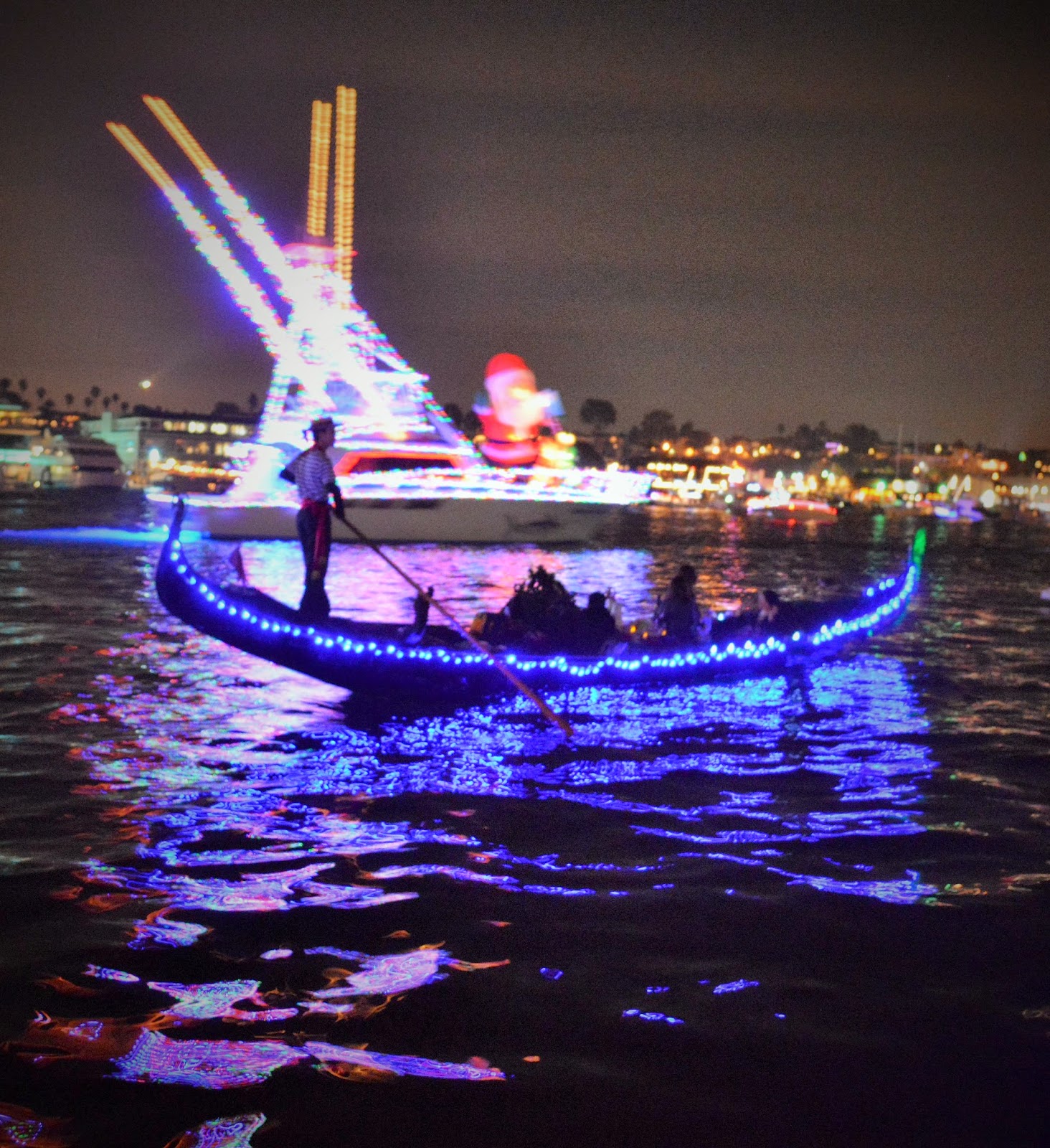 Spend enough time on a gondola, and you will
be serenaded with a bad version of this song: 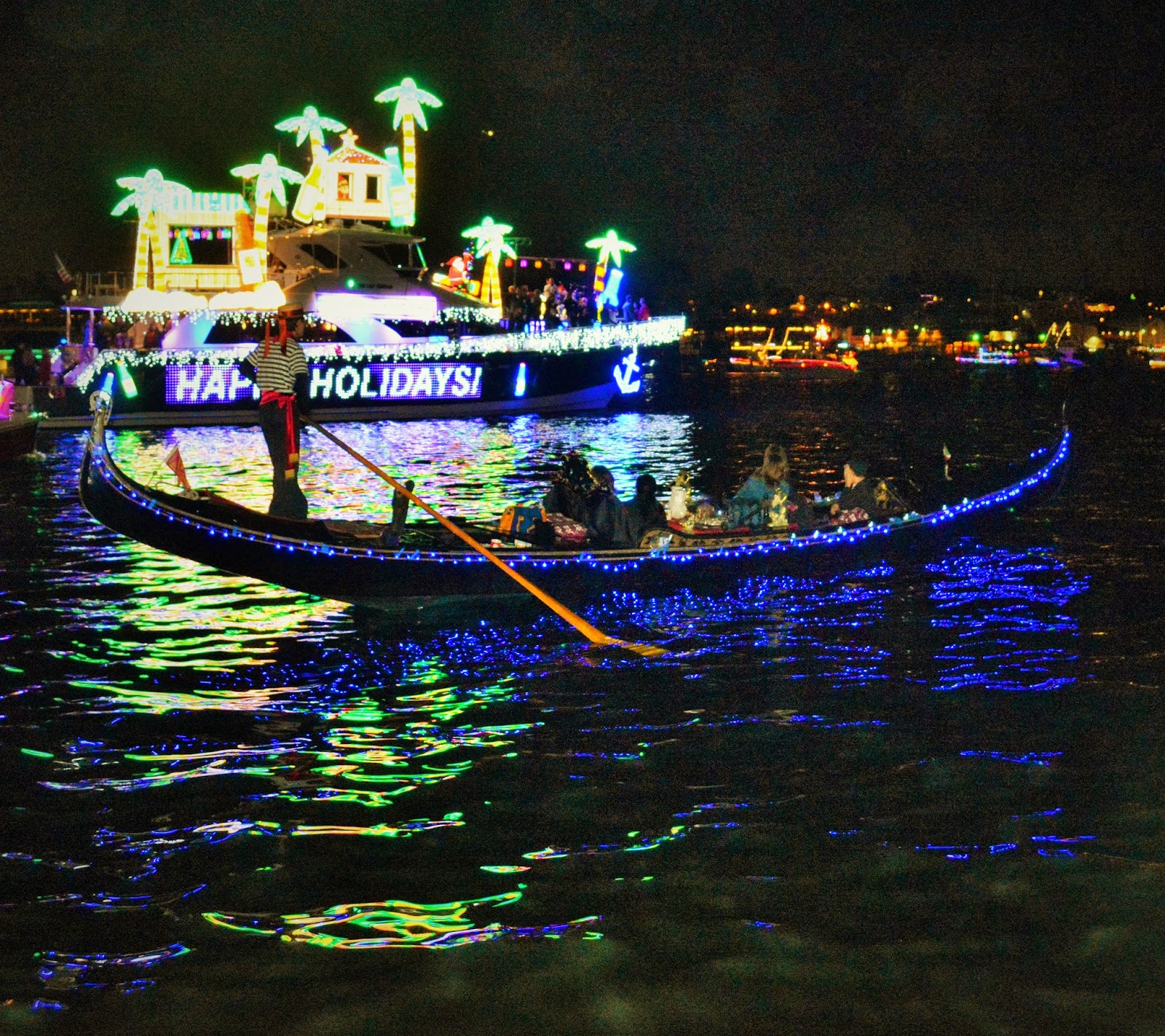 After watching the whole parade spin through the turning basin
in front of our docks, we ducked under the Lido bridge to catch it again.
It's a neat trick: go under a bridge, and get a second helping of parade. 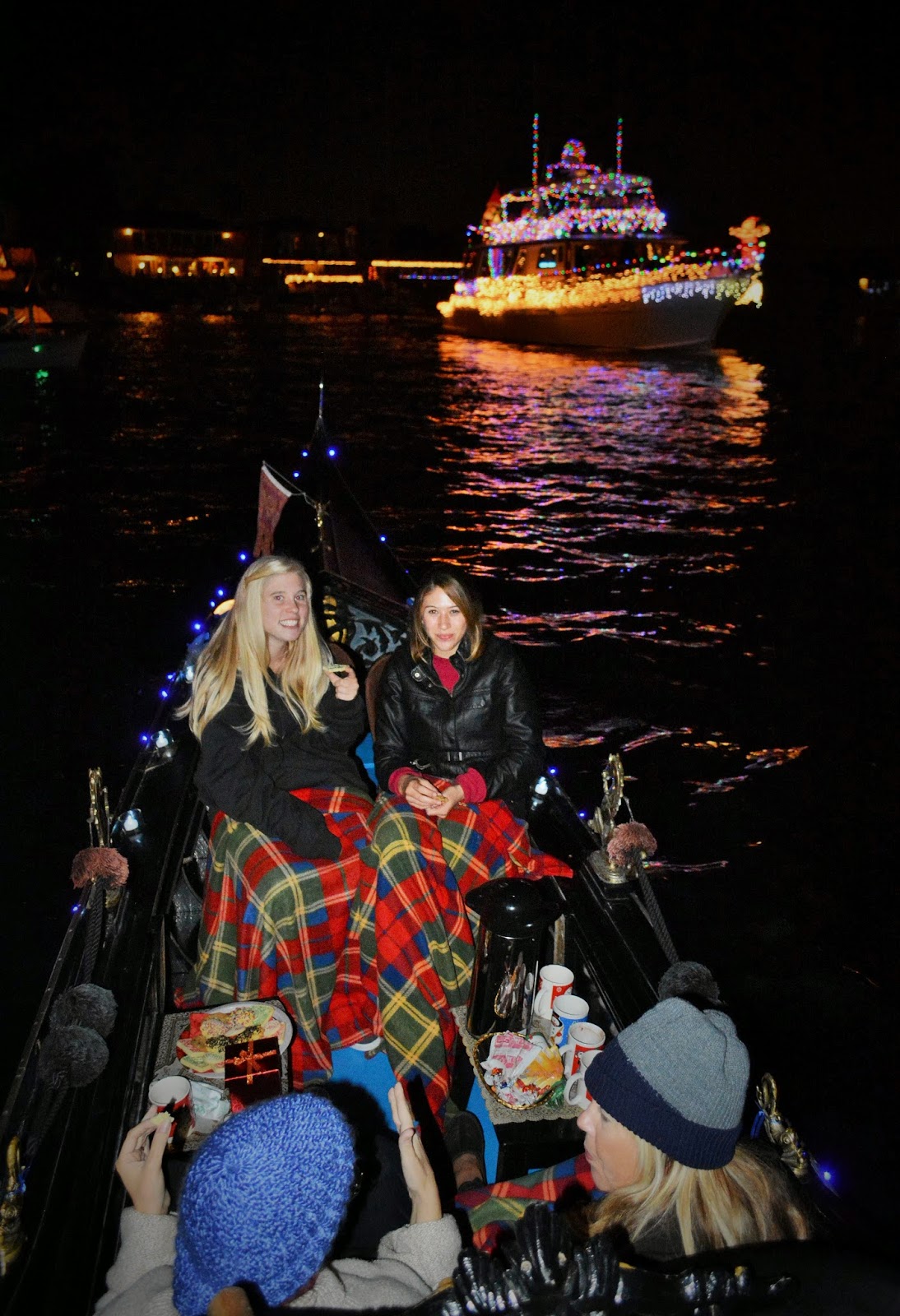 During our second viewing, we got a closer look at the
boat that wowed us earlier: the "Sea Dragon". 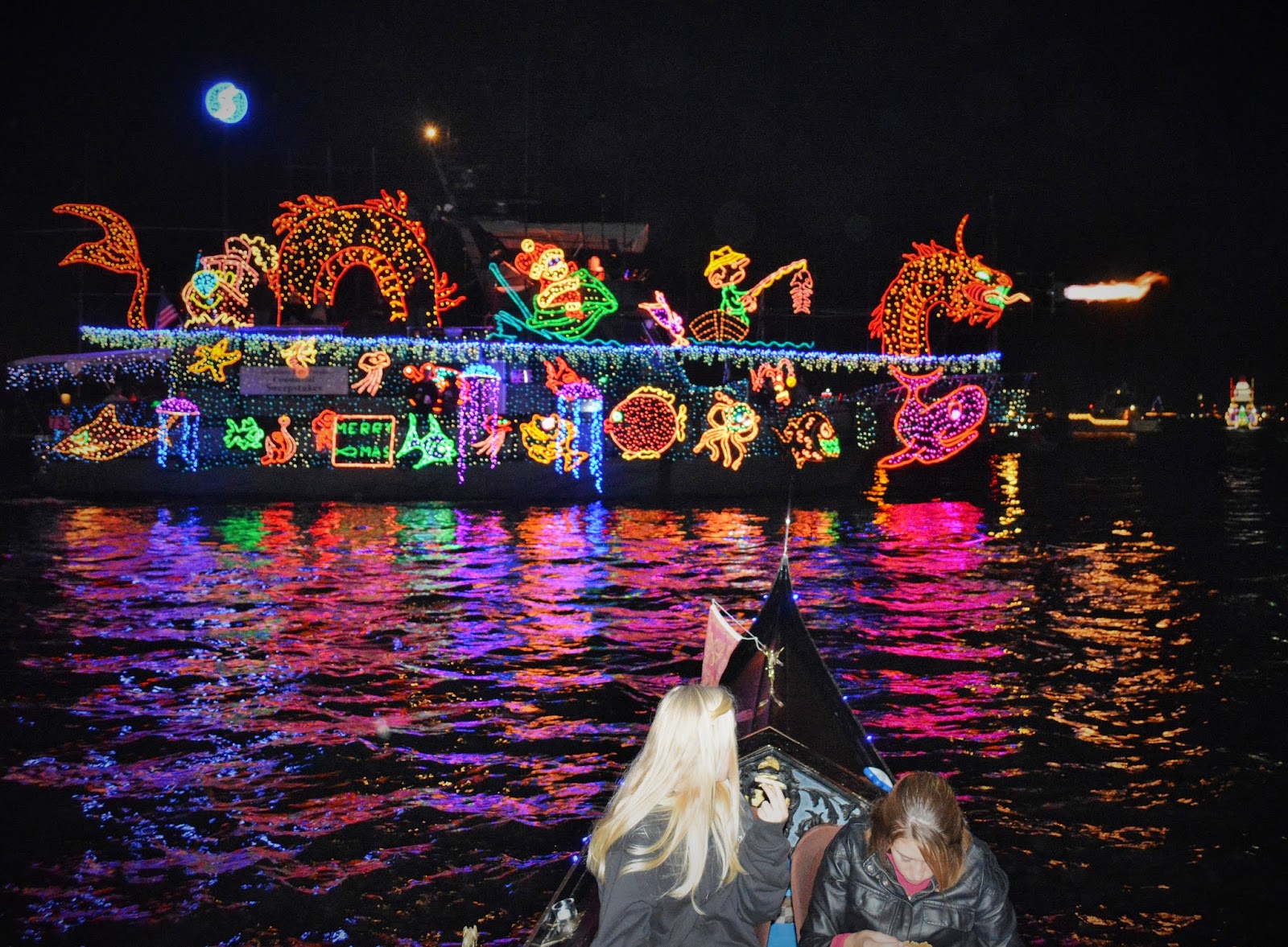 Each year someone comes up with a clever way to incorporate a hot-air-
balloon burner into their design.  Here's the Sea Dragon in action:
Posted by Gondola Greg at 11:00 PM