Rowing the Route in Oxnard 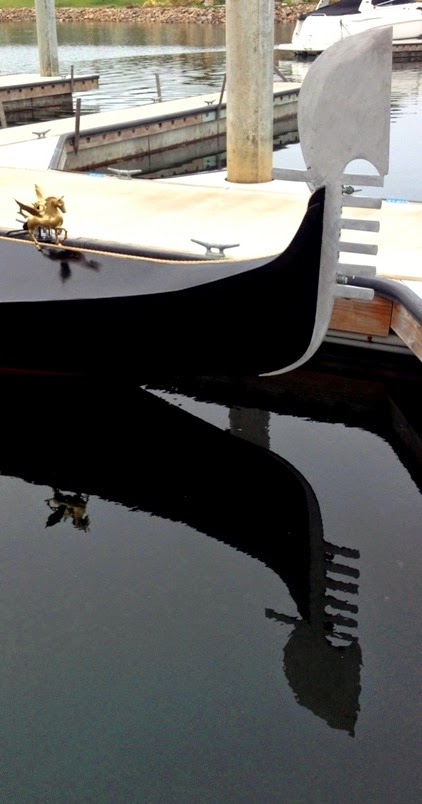 A few days ago I was up in Ventura and managed to spend some time
on the water with Mark Schooling at his gondola operation in Oxnard.

In his first year of operating, Mark has nothing to compare his monthly
numbers with yet, but his recounting of things so far was encouraging. 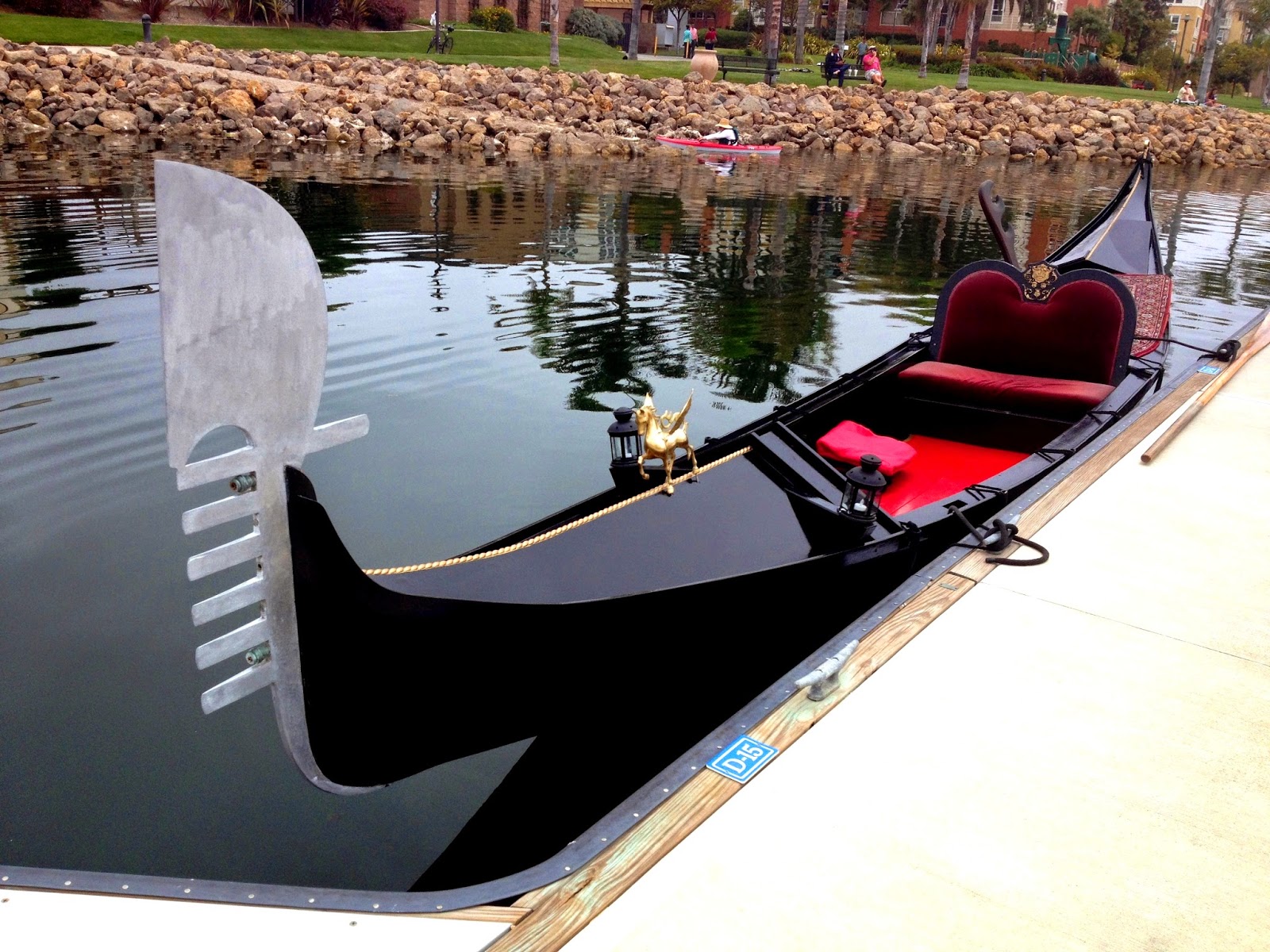 This unique gondola was launched about six months ago in Oxnard
and despite the elements and the foot traffic, she looks great today. 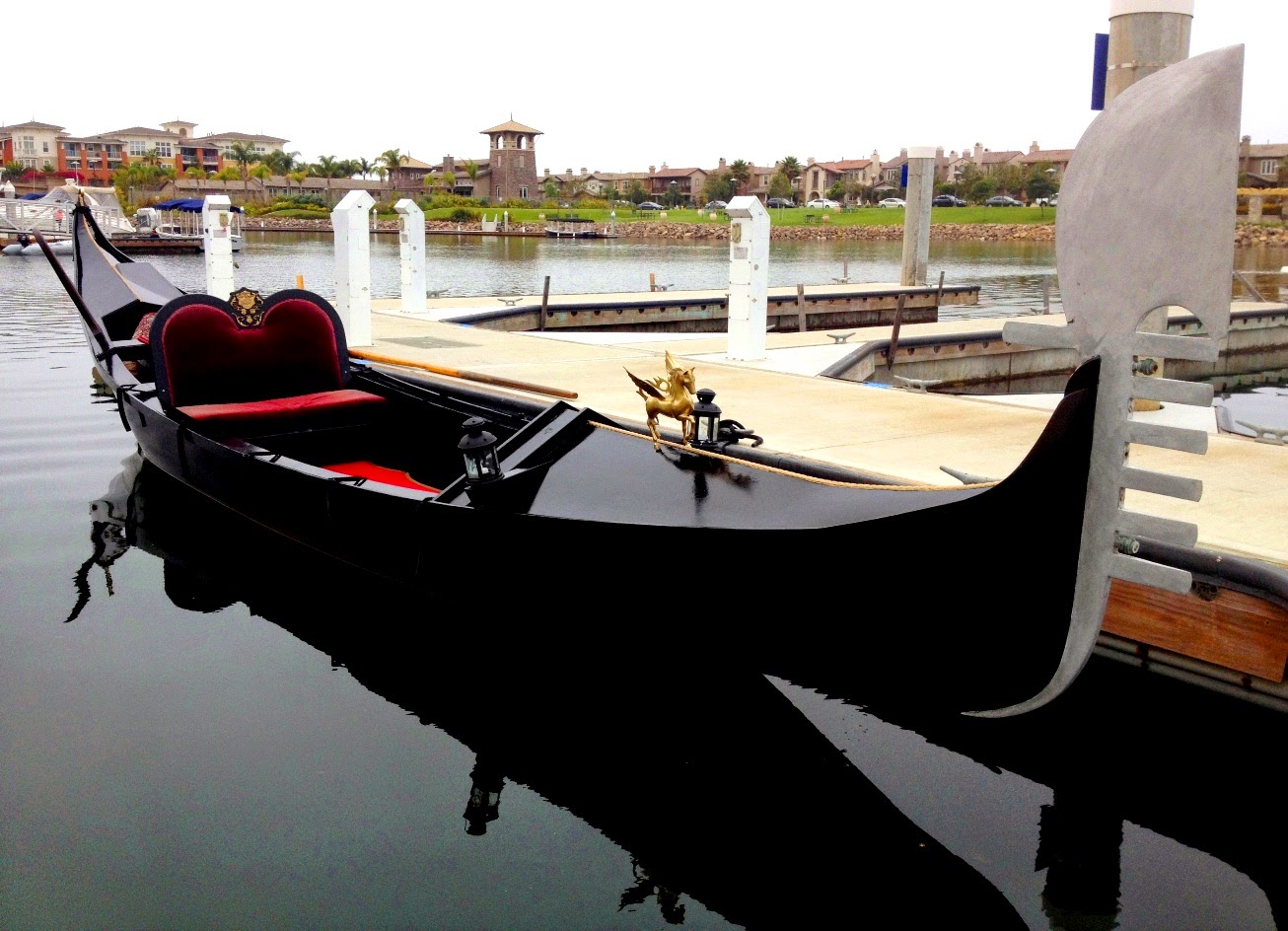 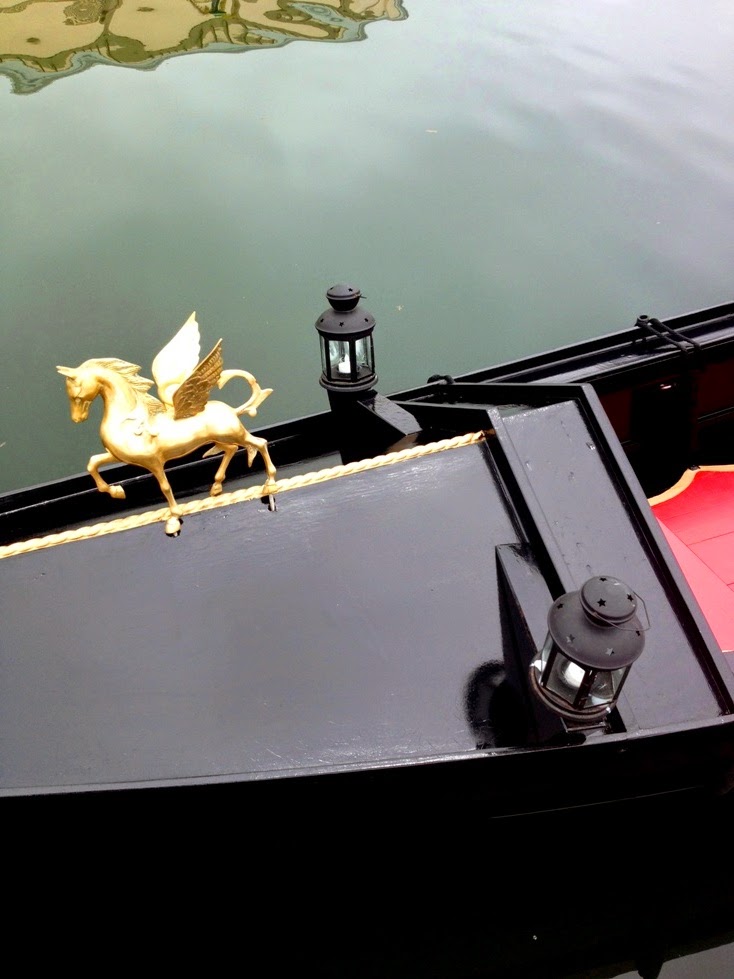 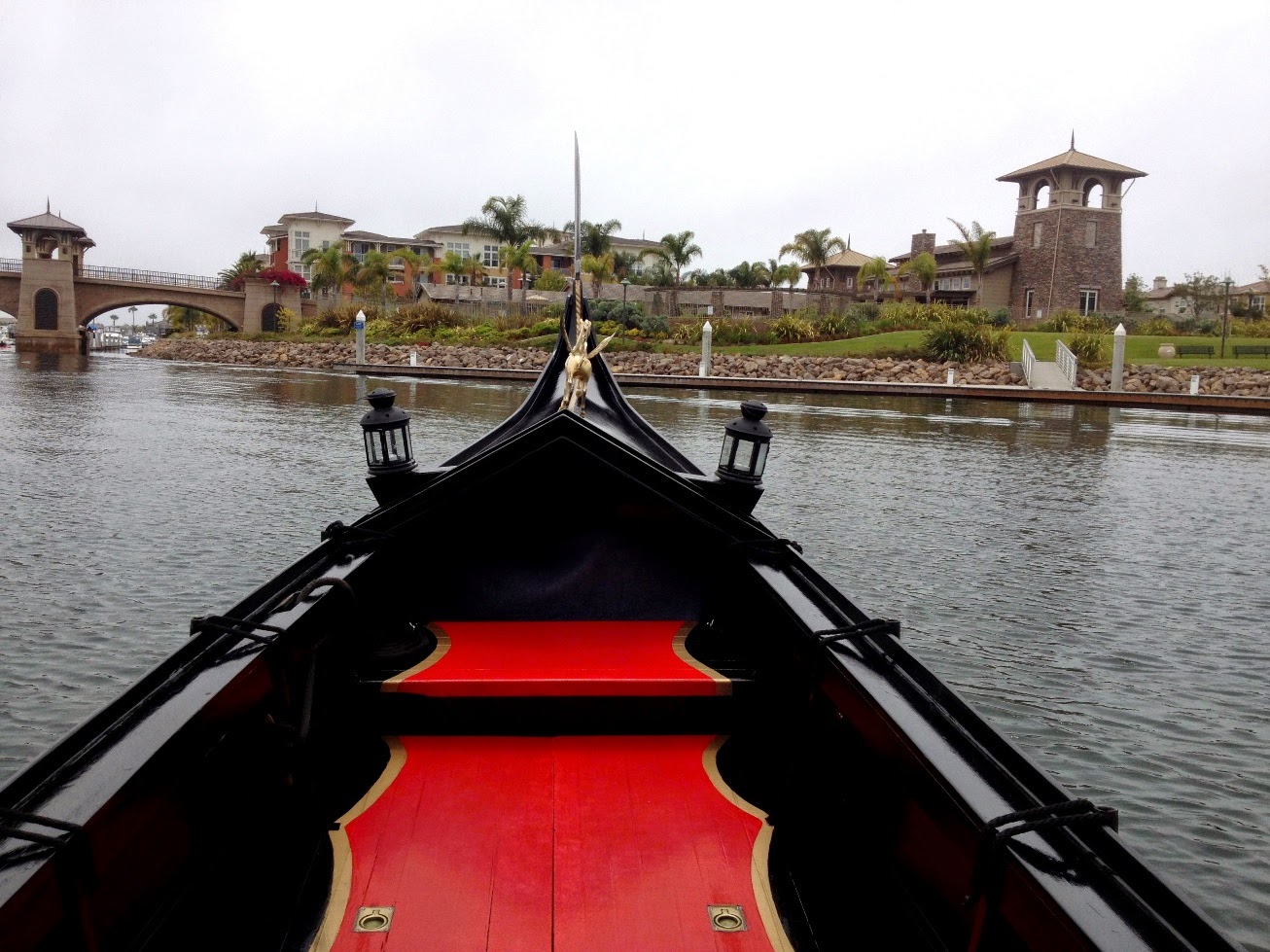 The canal waterway there is in a great residential area of the harbor.
Mark's route begins and ends with impressive bridges. 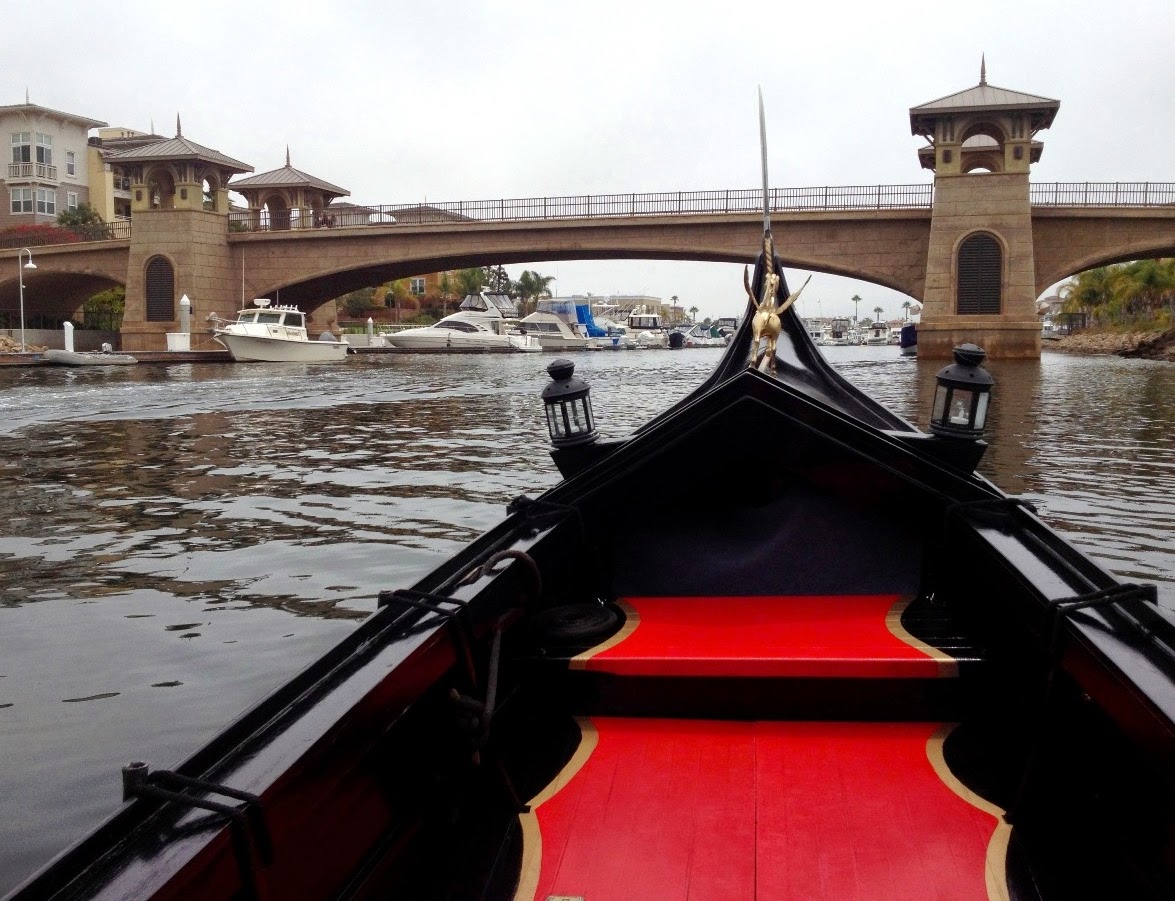 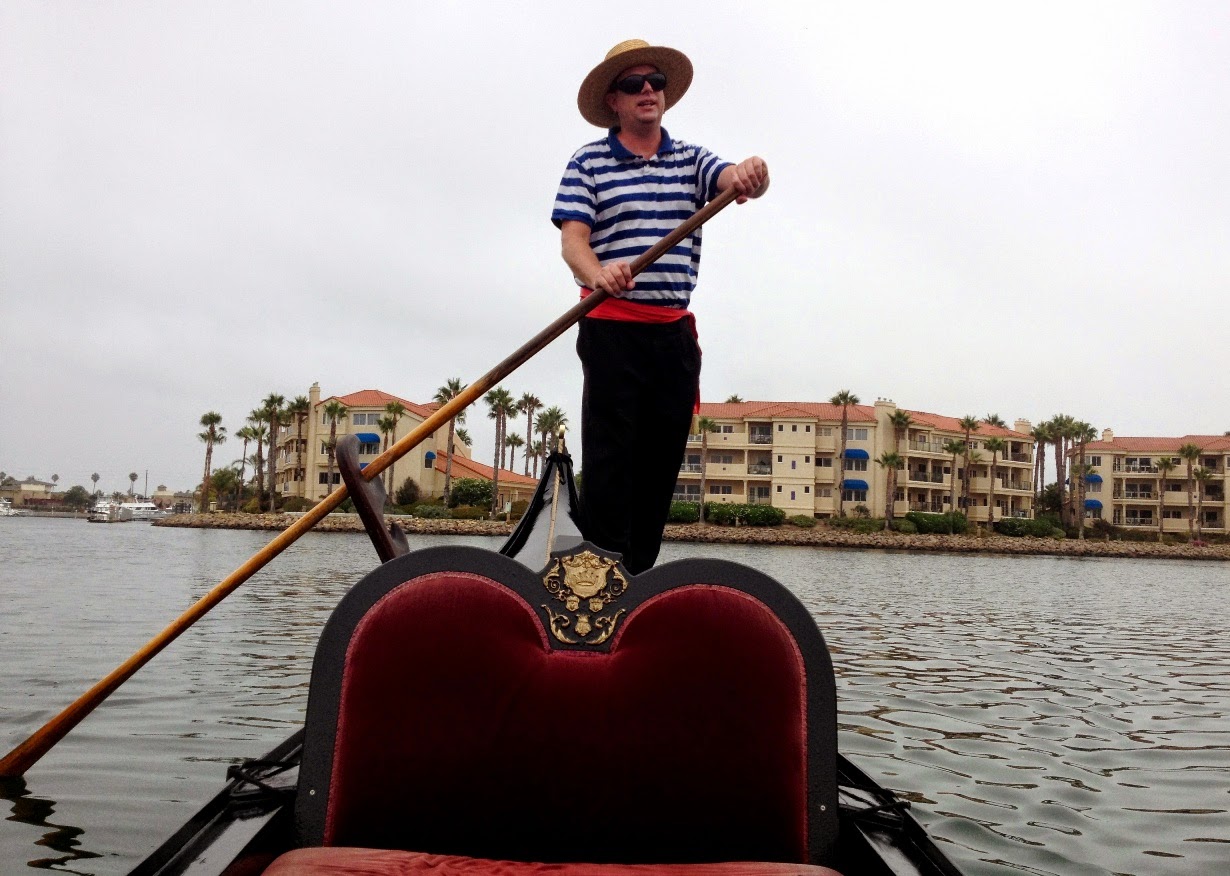 For the first half of the route, Mark rowed and talked,
telling me about some points of interest. 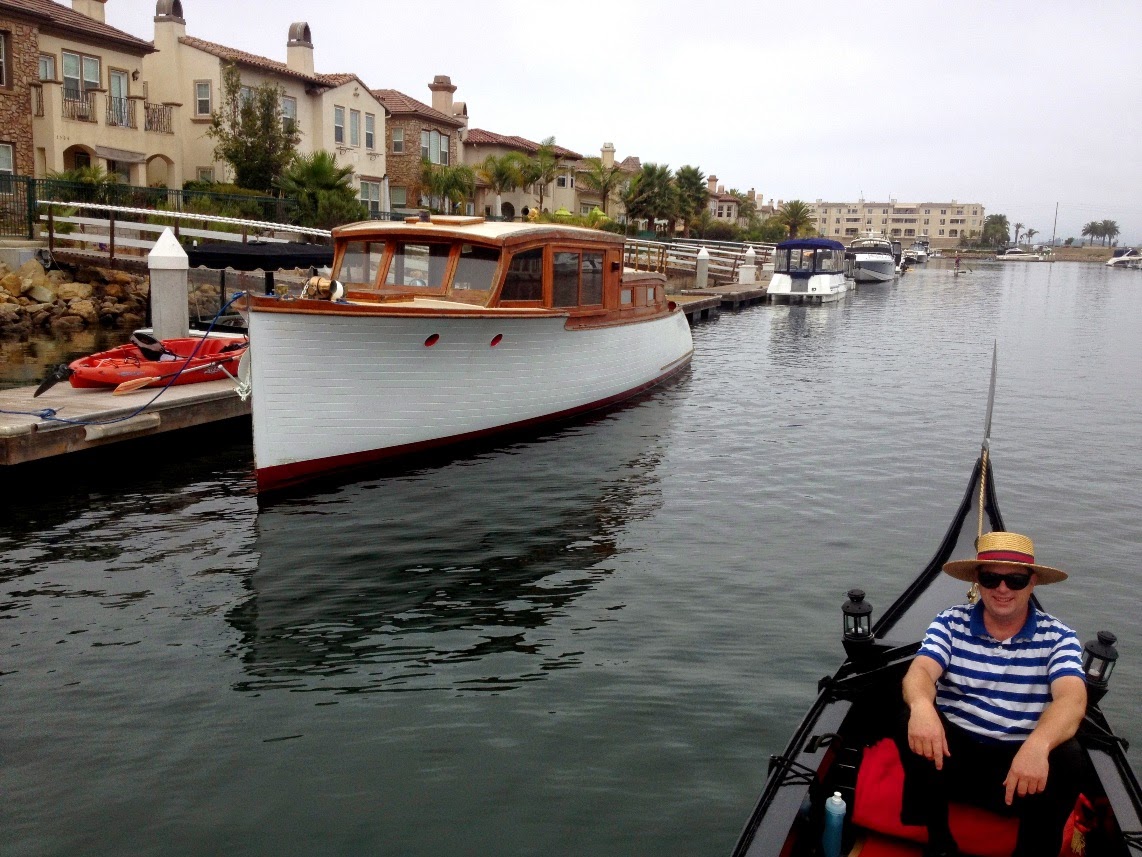 Next, I stepped on the back and did some rowing of my own
while Mark told me about one of the interesting boats along the canal. 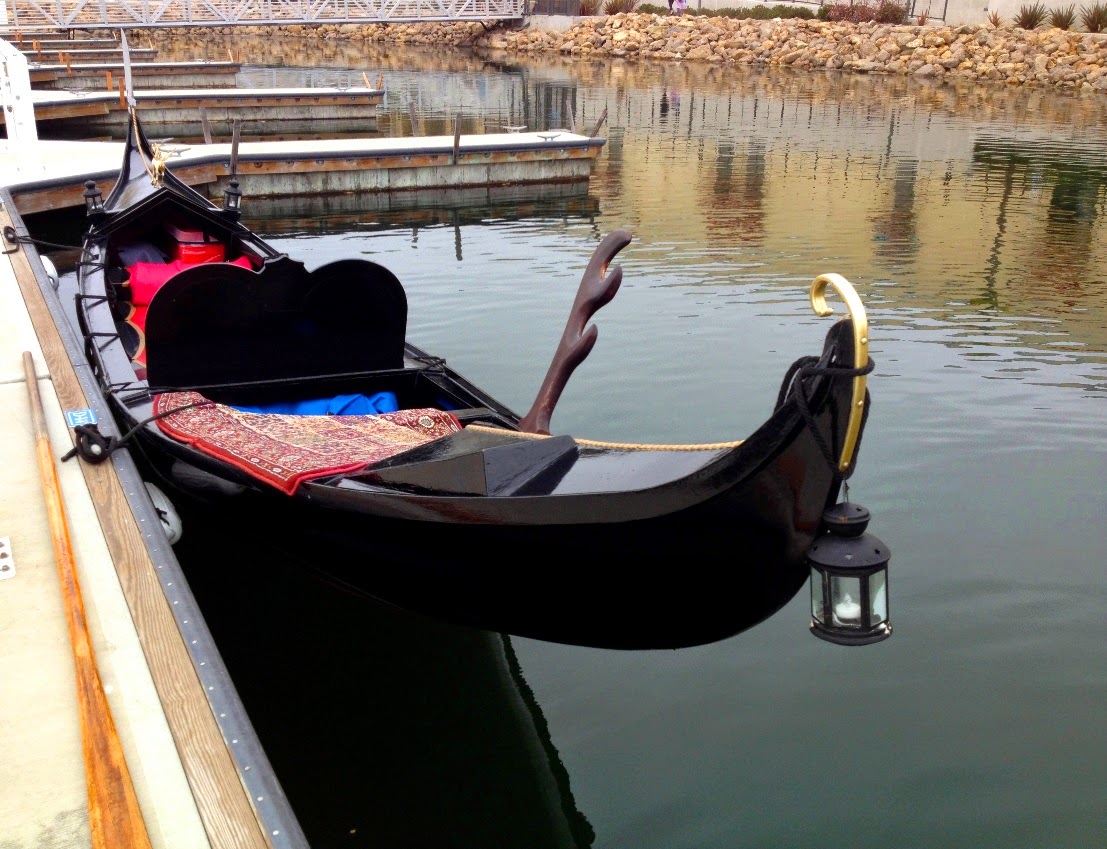 For over fifteen years Mark has been a fixture in Newport - rowing for the Gondola Company of Newport.
Seeing him on the water was pretty much a "given".
If anyone was out on the water - it would be Mark.
But for the last six months he's been missing, and while he was rowing for a competing company, we are all friends and I looked forward to seeing him whenever I'd push off the dock.
While Mark is missed in Newport, I am so glad to see him doing well with his own operation up north.
The company name is Gondola Paradiso
( www.gondolaparadiso.com )
and he's got a pretty cool piece of advertising on the back of his car too! 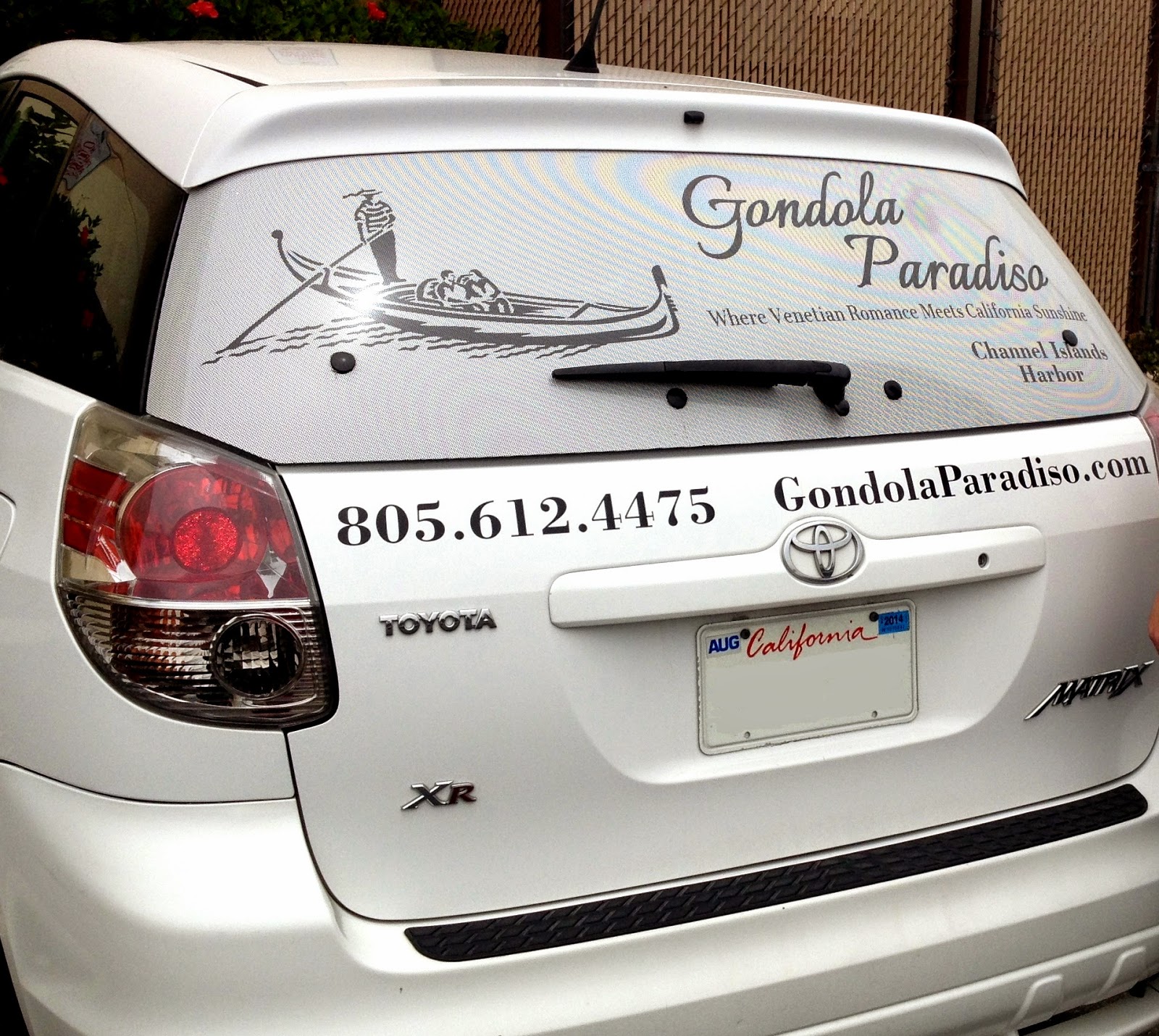