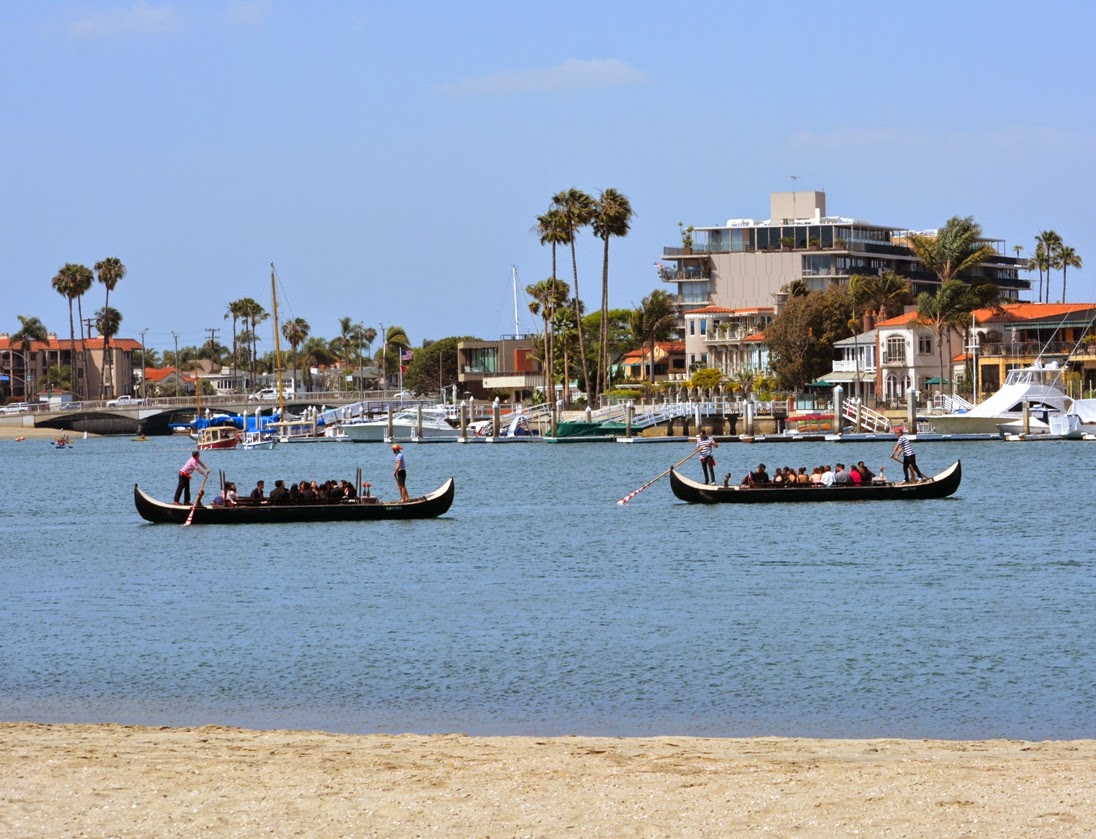 I stopped by the docks of Gondola Getaway this afternoon and took in the spectacle of things.  As I arrived, I noticed three full-sized motor coaches parked near the facility.  walking towards the dock I navigated through the crowds of people who'd ridden in those busses - high schoolers and their chaperones enjoying a whole day of pre-prom adventures, which included gondola rides. 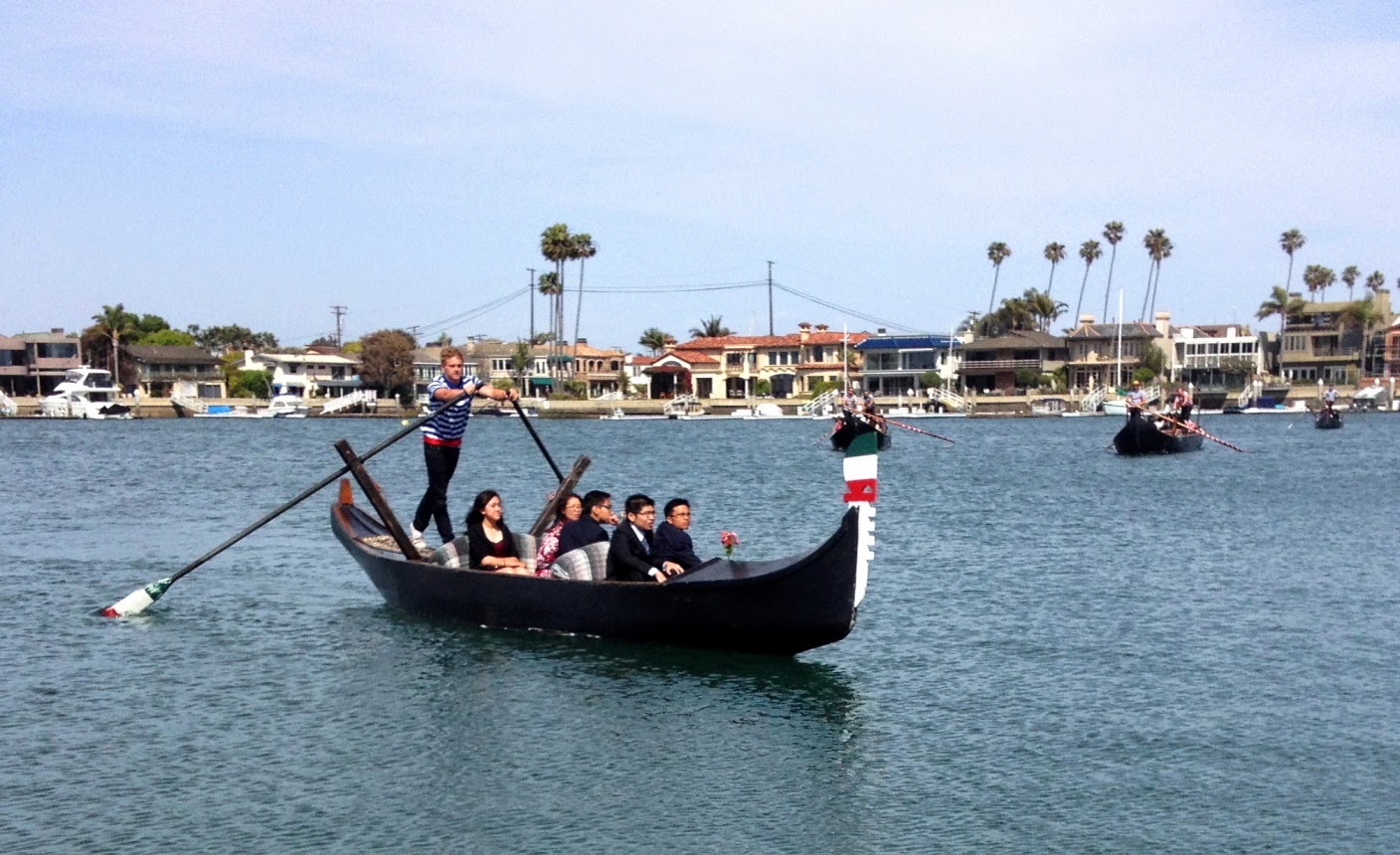 There's so much history in this waterway.
The first gondoliers in Alamitos Bay date back about a hundred years - those were Venetians who'd traveled to California.
The guys rowing these waters today are Californians who travel to Venice, regularly, for Vogalonga among other reasons.
The real history here is Gondola Getaway itself, which has hosted romantic couples on their boats for over thirty years now.
To be clear, the waterway is Alamitos Bay, but the area of canals they row through is known as Naples - a neighborhood in Long Beach. 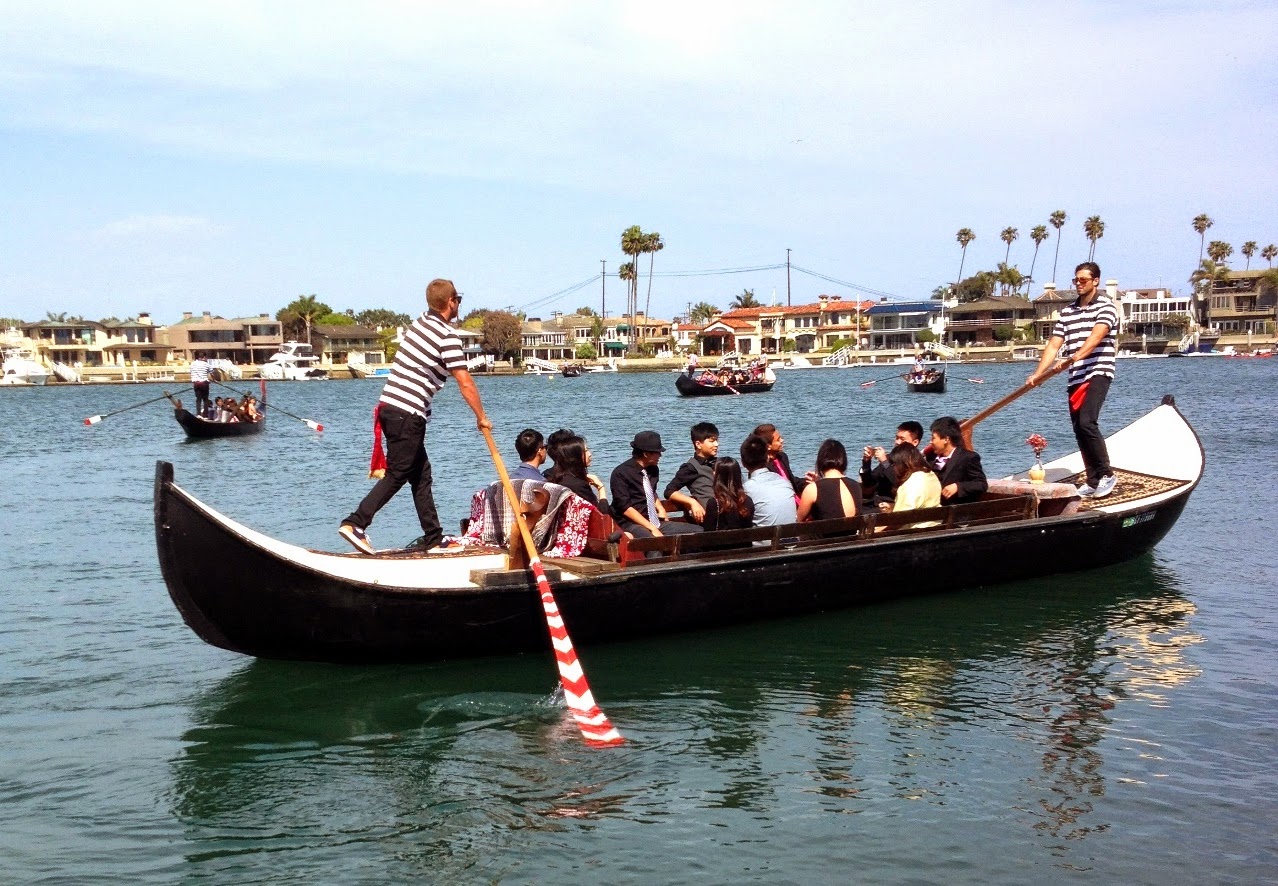 The caorlinas, rowed by two gondoliers, handled their large passenger groups with ease today, regardless of the spirited winds that Mother Nature threw at them.

While I'd rather row than watch someone else row, today I thoroughly enjoyed watching the gondoliers make their rounds, handling the winds with full boats, then returning to dock like seasoned pros. 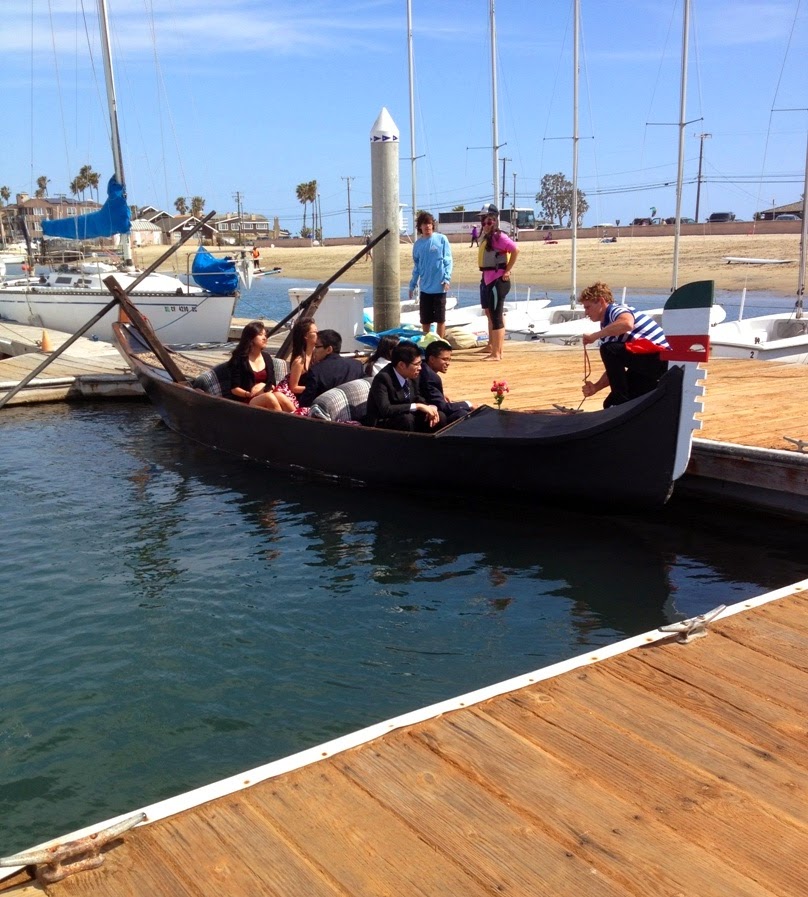 Perhaps the most iconic sight at Gondola Getaway is the office on the pier, with a black silhouette of a gondola and four flags flying.

Over the years I've noticed that the waters off the dock in Alamitos Bay have an almost Caribbean-like hue. 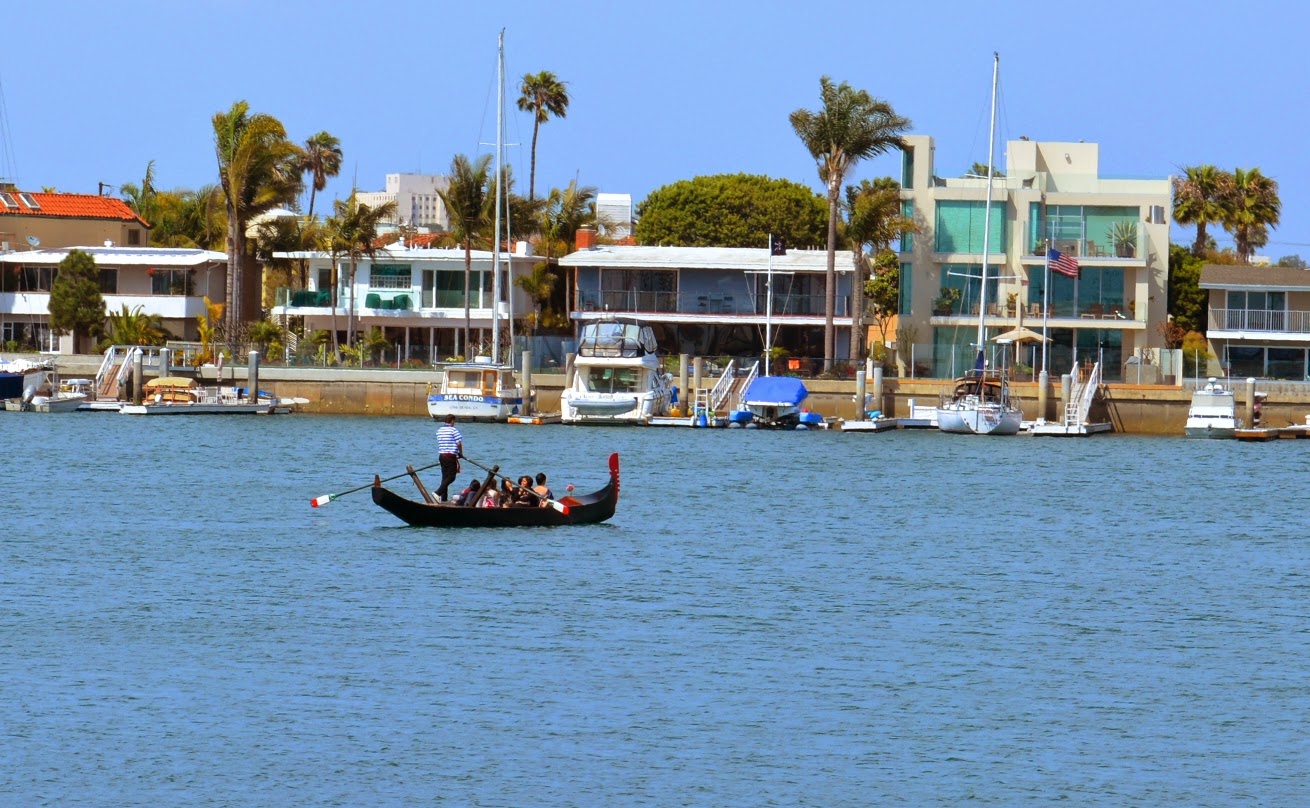 I hung out with general manager Mac for a while, swapping stories about fighting wind and the various types of boats they have in their fleet. 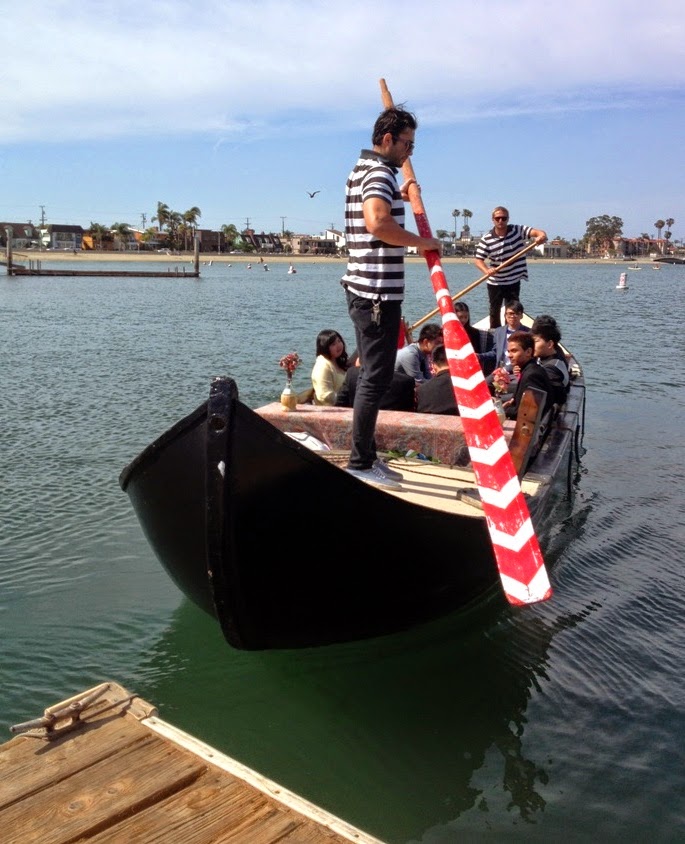 Watching the staff handle group after group was impressive.
Watching gondoliers row the big caorlinas was even more impressive.
Really, nobody in the gondola businesses handles large groups like these folks. 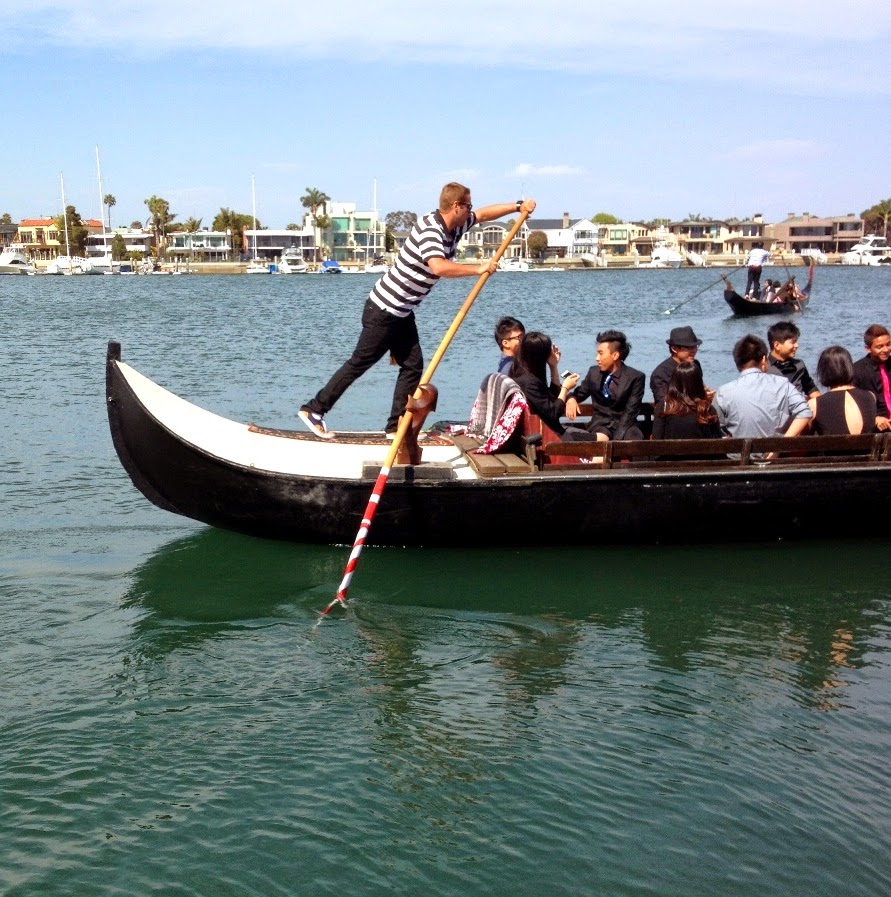 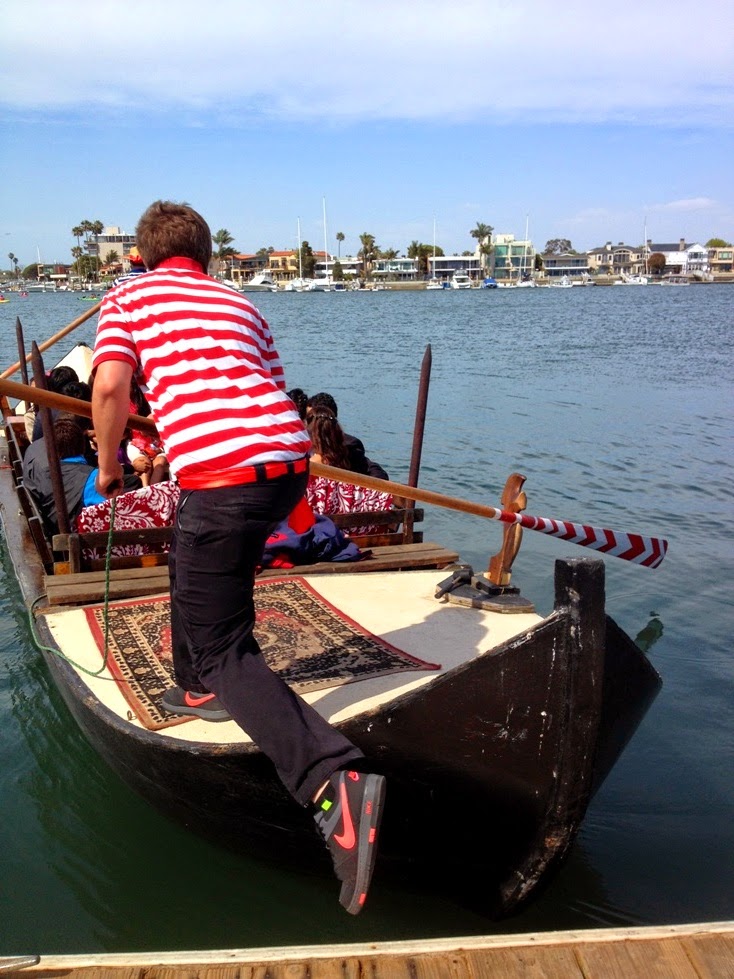 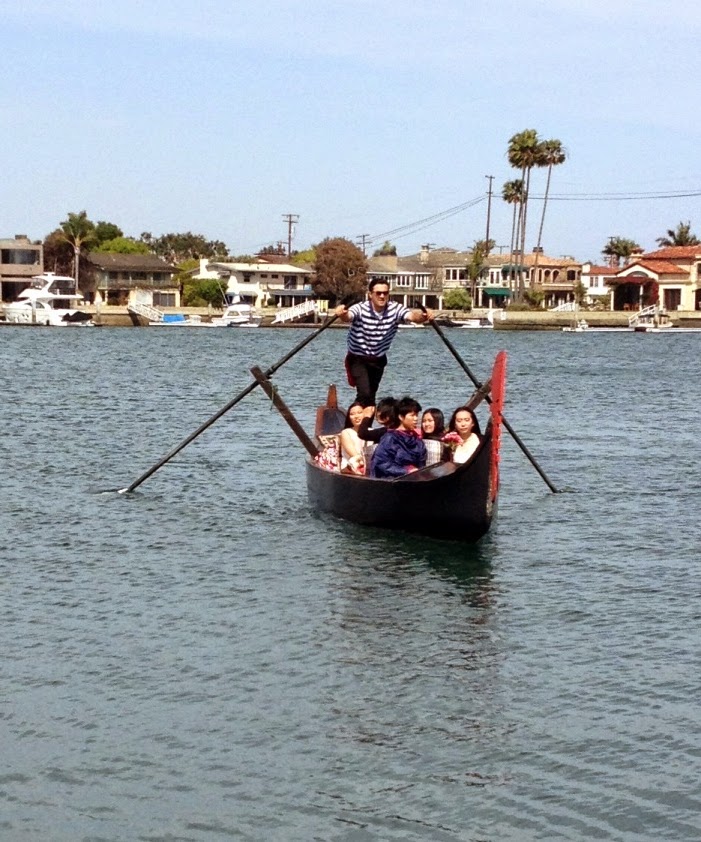 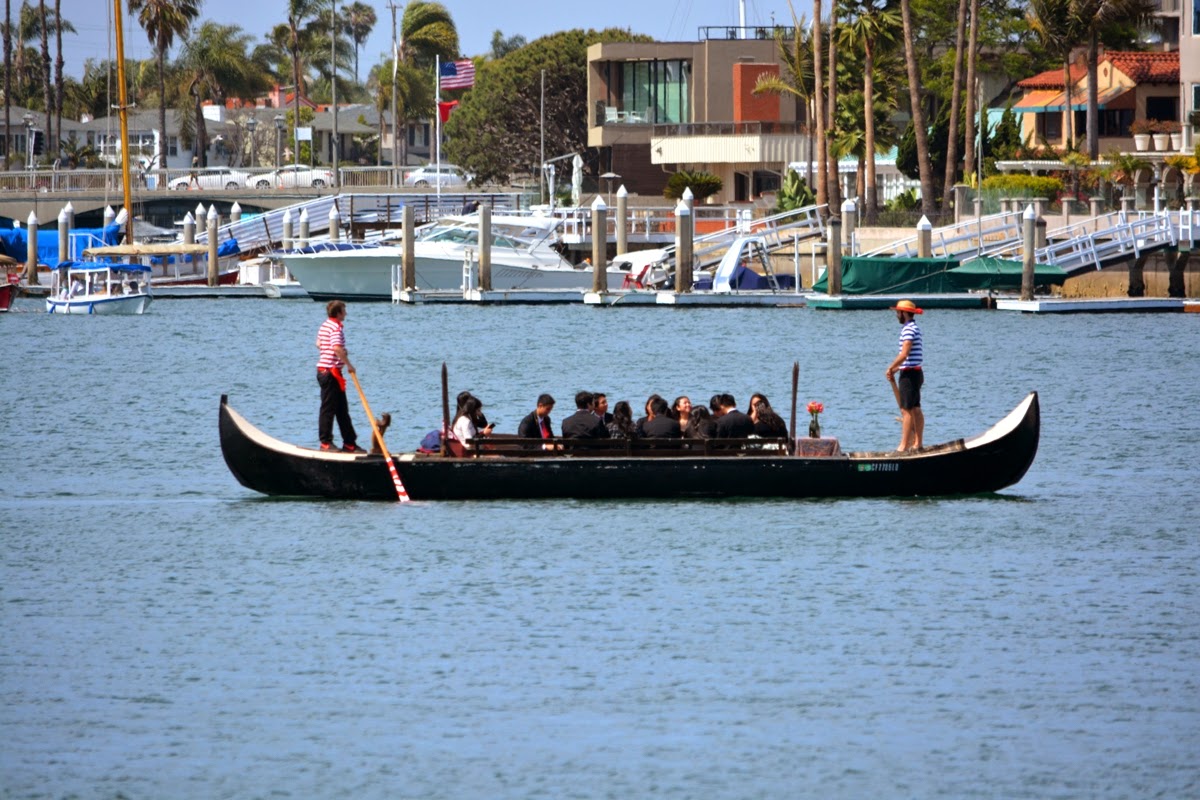 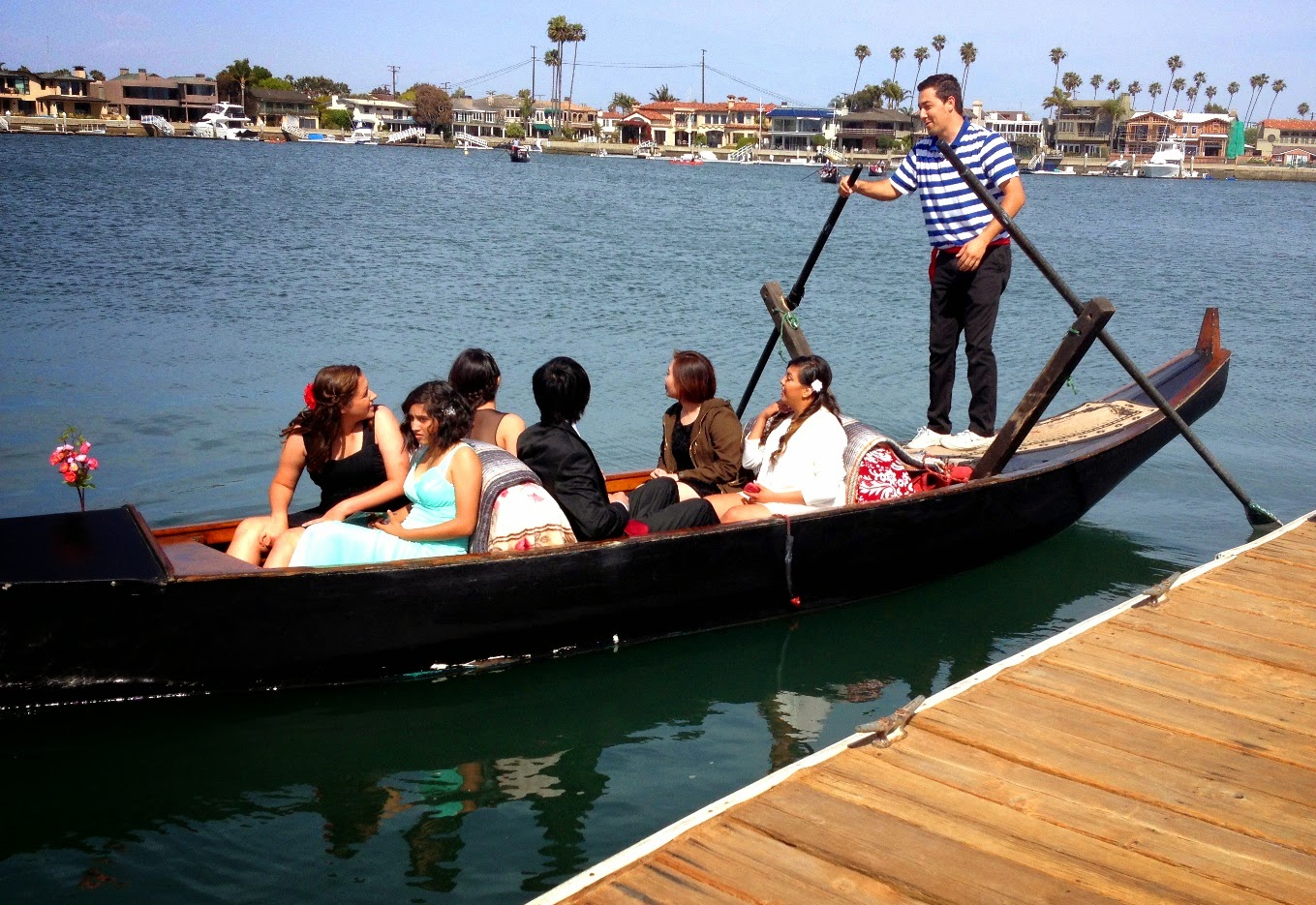 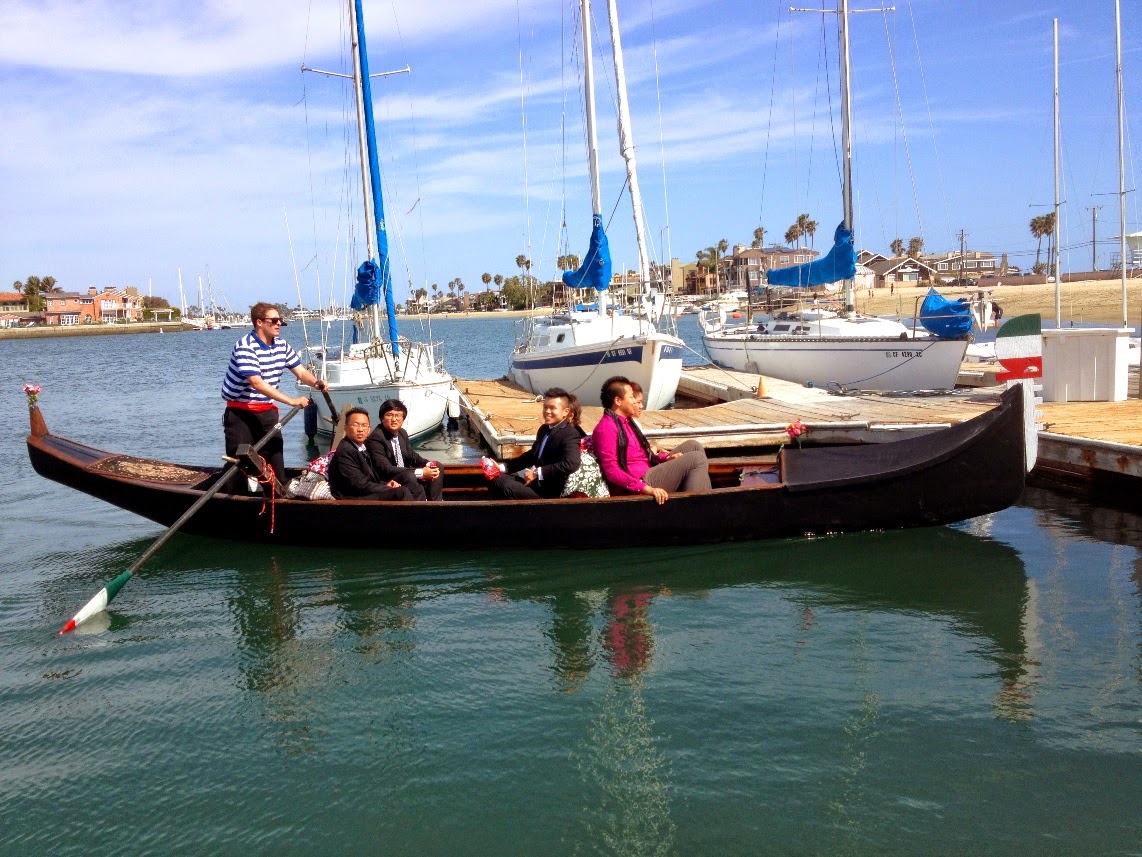 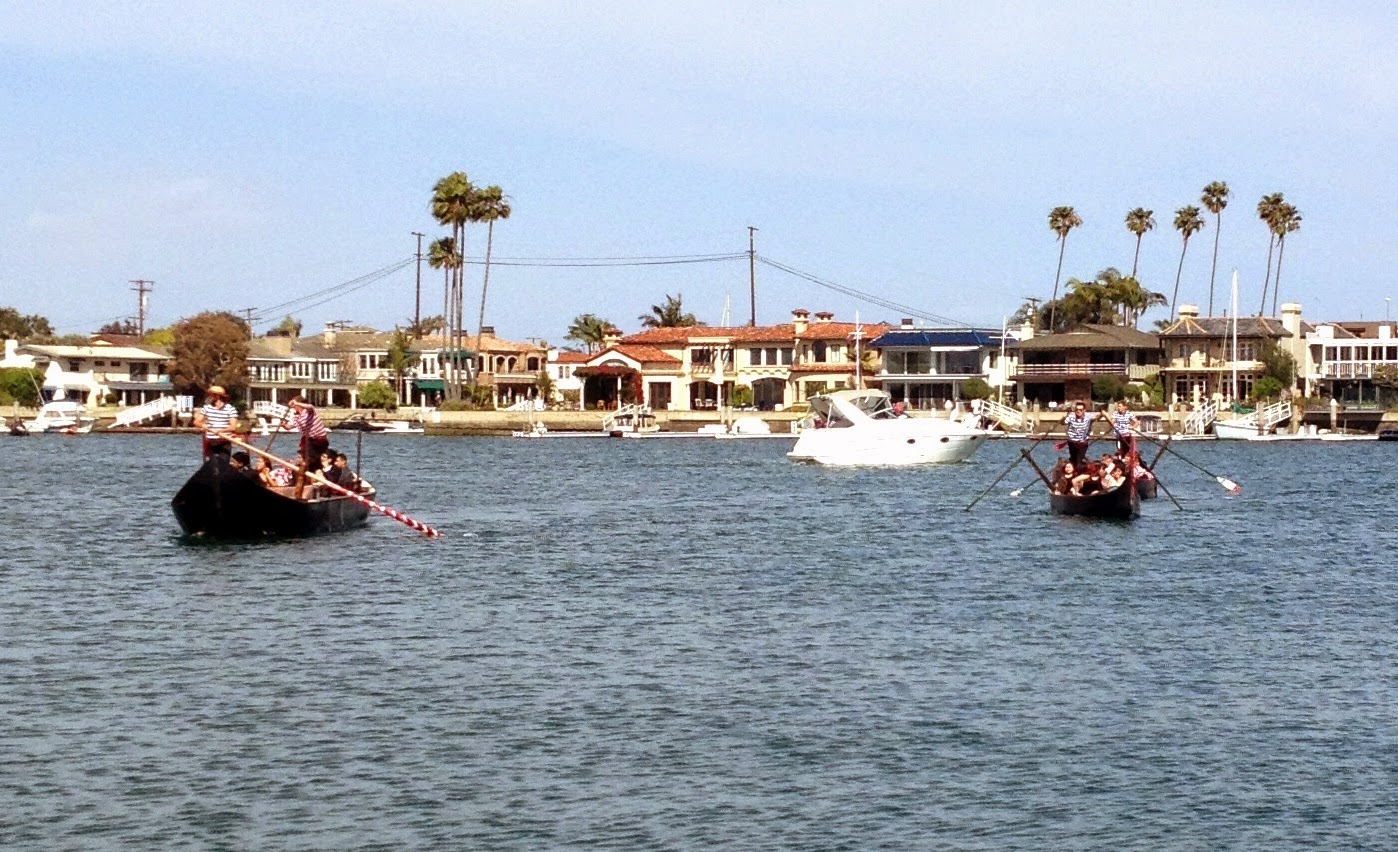 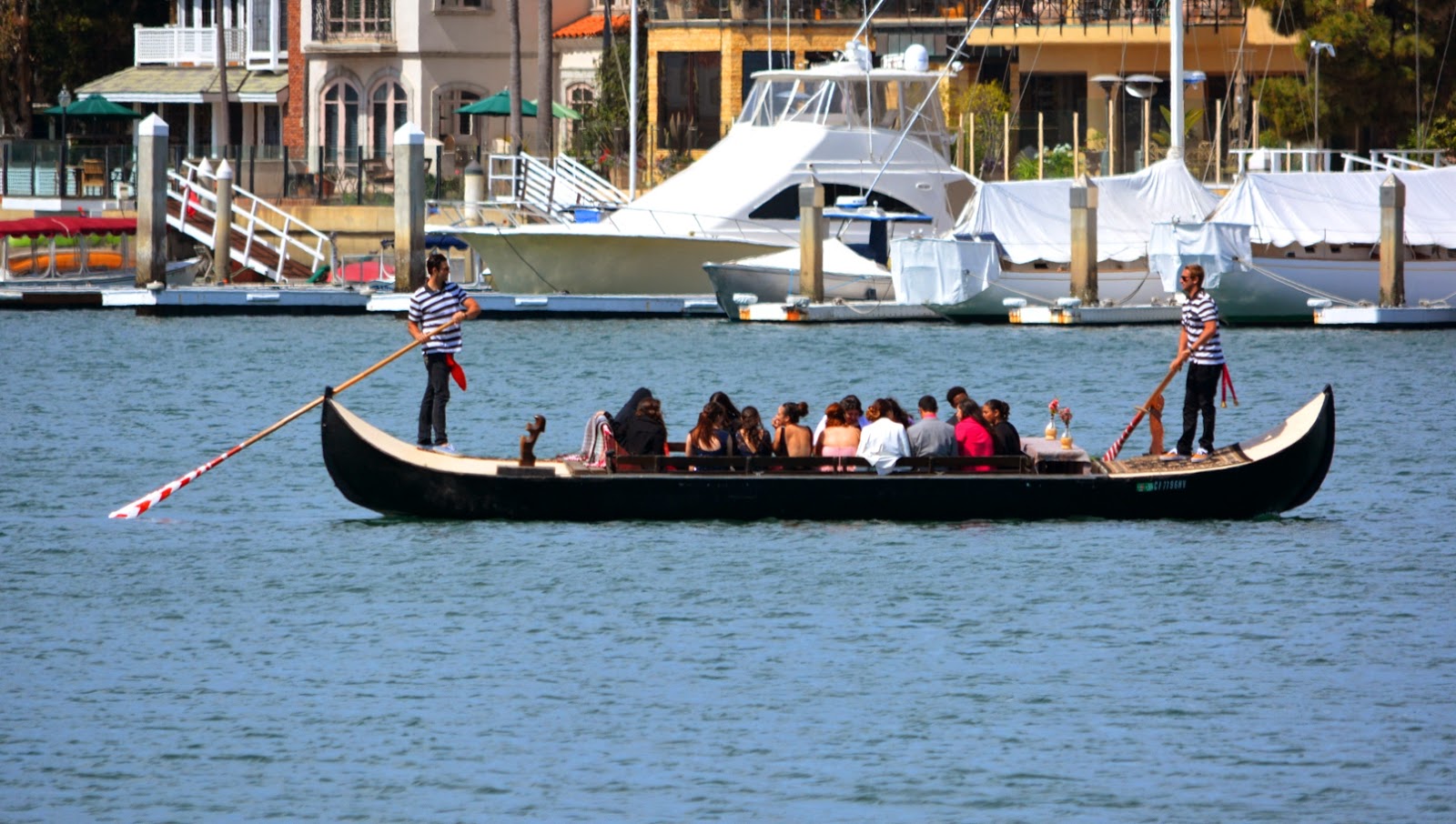 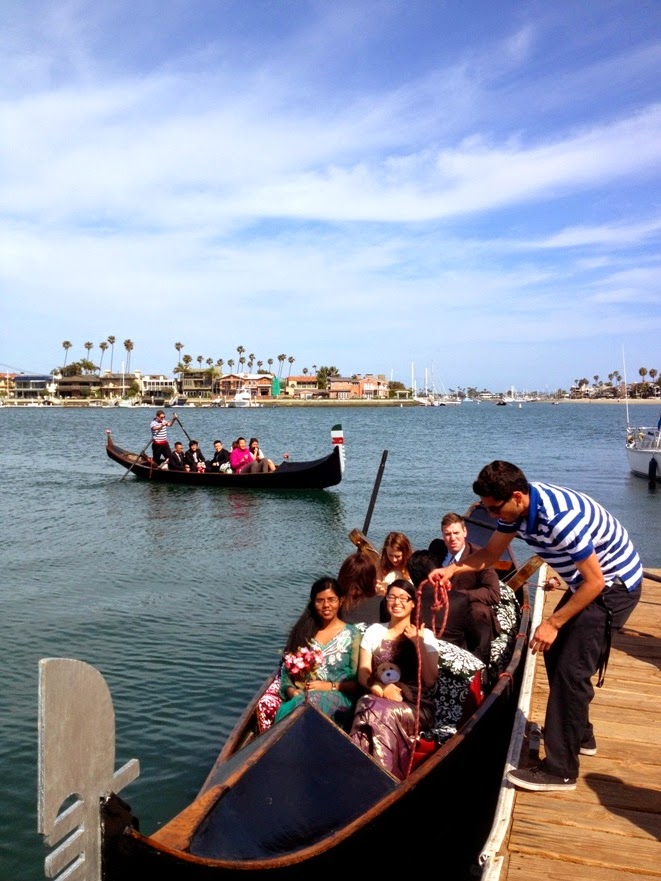 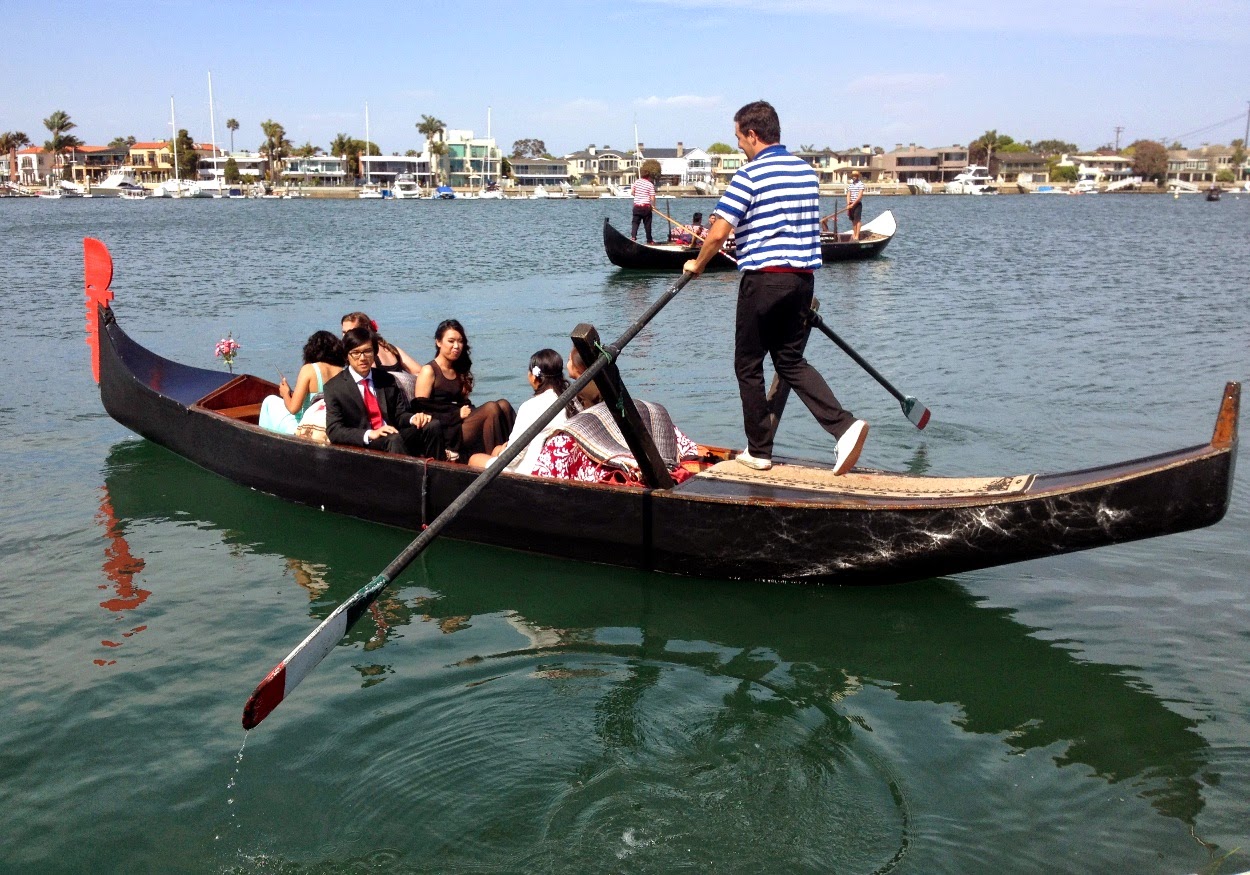