We saw some great rowing and met incredible people at the 2013
US Gondola Nationals, and while you might expect some sort of tension
between the competitors, there was no such thing among these rowers.
Here, standing on the shore before each and every one of us, was a bunch of people who understood us better than anyone else ever could.
To say that friendships were made would be to water things down.
Really, it was more like discovering family members we didn't know we had.
Some of us did know each other though,
and that is certainly true with these two guys. 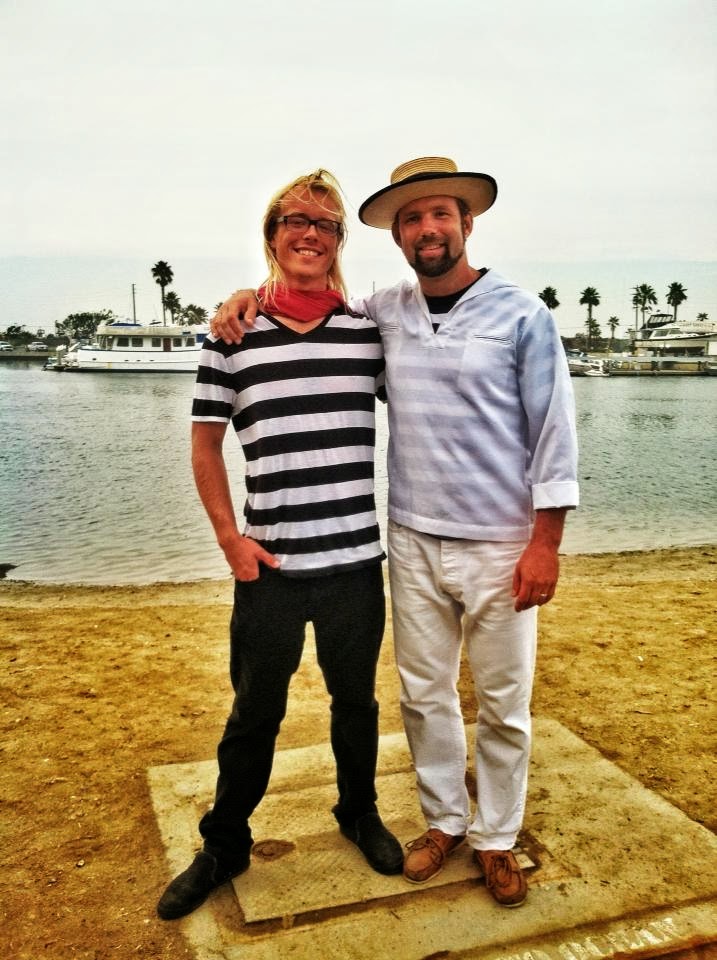 On the right (with the hat) is Stefano - he took first place in the solo distance race (see my post "Marathon Man"), and on the left is Ricardo.
Ricardo crossed the line in third place, earning him a medal and a lot of respect from his fellow gondoliers (see the post "Spent").

First and third they finished, with Enrico from Coronado grabbing second place.
These two guys have known each other for years and have rowed together in Huntington Harbour fighting wind and current carrying passengers for Sunset Gondola.

After Ricardo finished first in his heat, Stefano was there to catch his prow and pull his boat ashore.

Neither of them knew if the other had finished with a better time, they just knew that in the two heats, they were the first finishers.
Brotherly congratulations were in order. 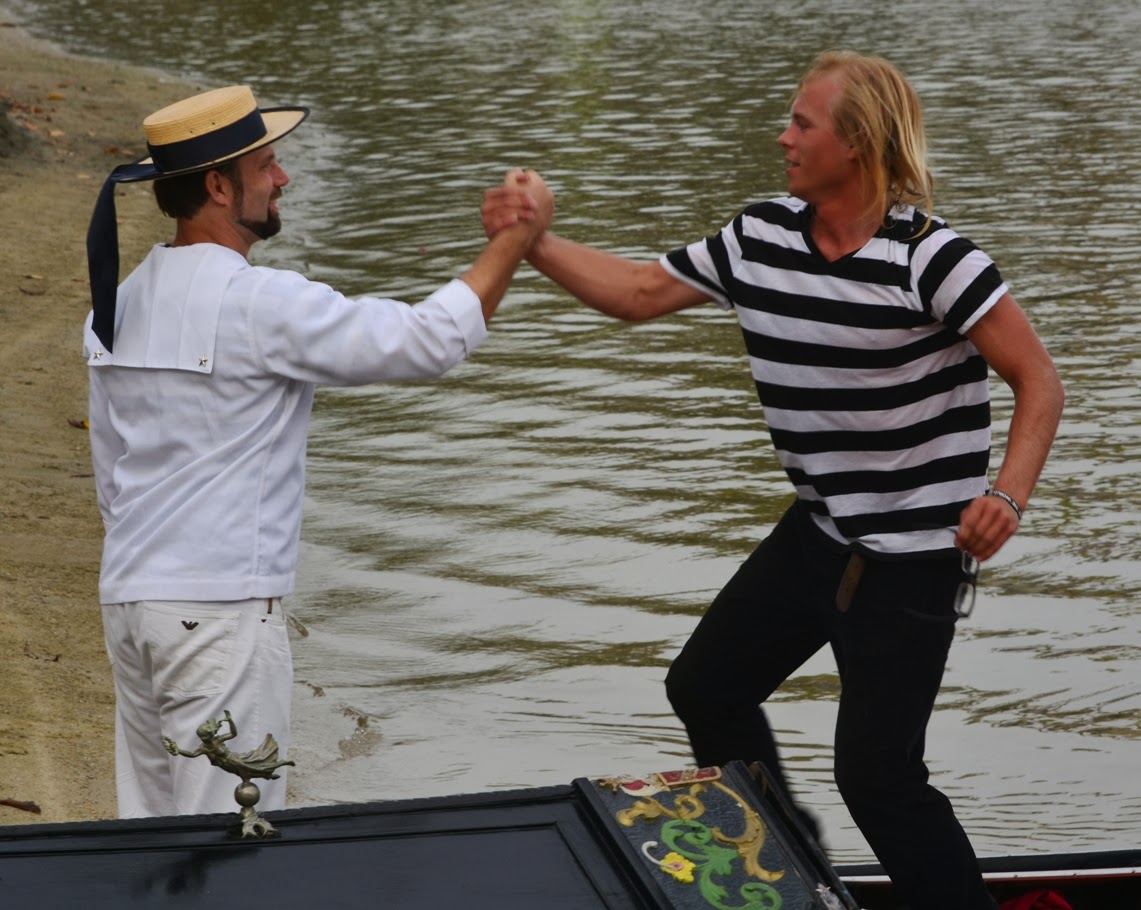 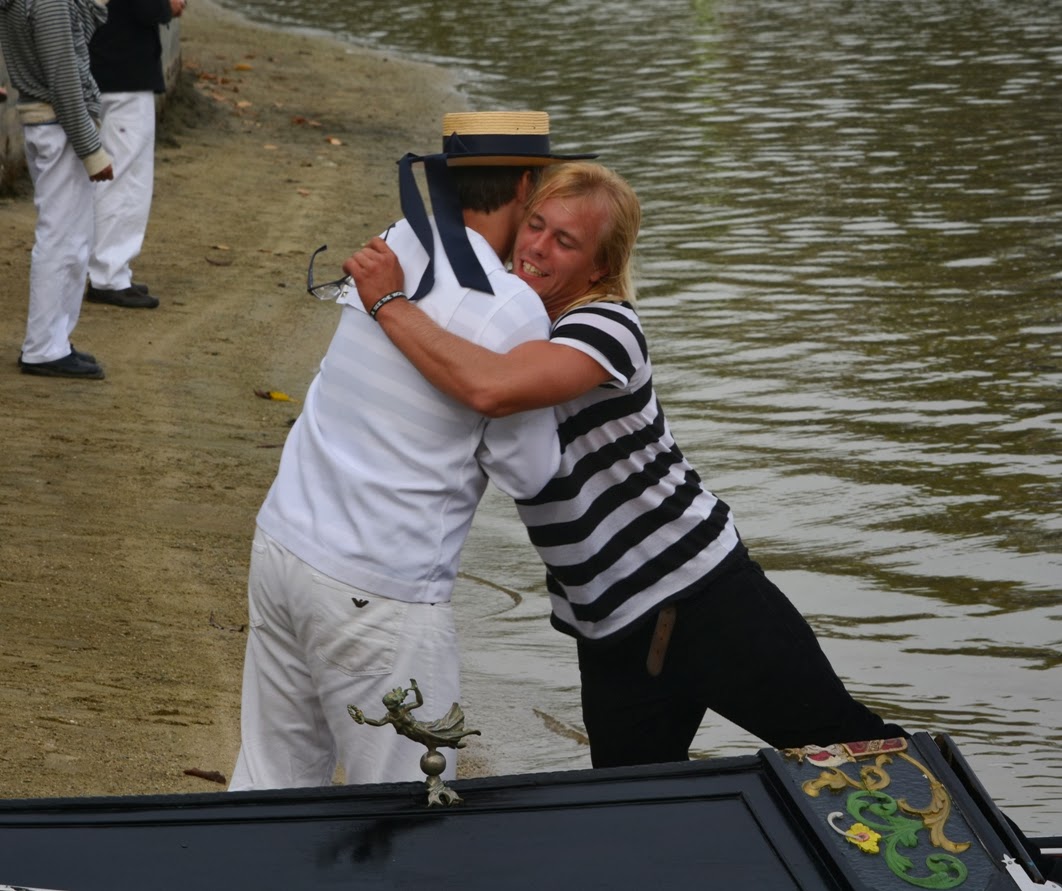 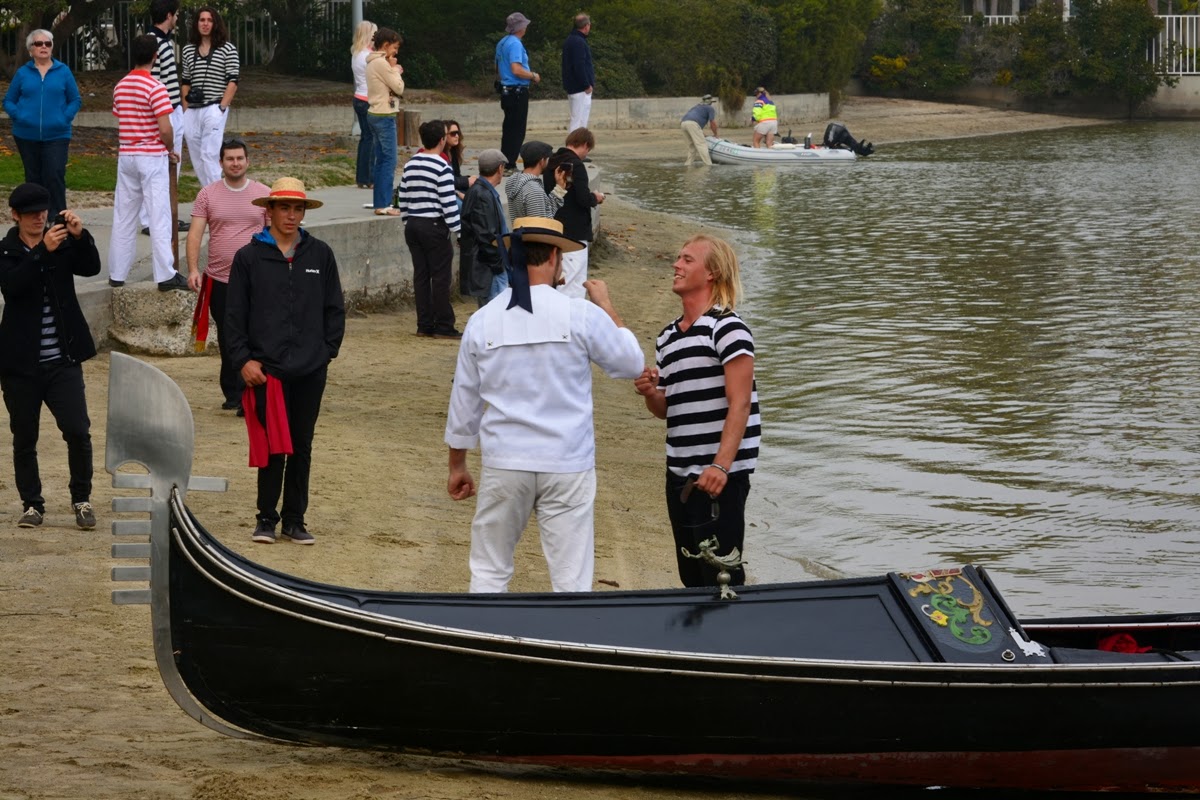 Even a fancy handshake of sorts followed.

Many years ago I rowed a few cruises for Tim at Sunset Gondola;
The route was long, the wind and current made me work to stay on schedule, and I came away with a new respect for the guys who rowed there.

Later on I was talking with Tim and I said:
"If we ever have a national competition, I wouldn't be surprised if some of the top finishers are from Sunset Gondola".

Years later in the solo distance race of the 2013 US Gondola Nationals,
Stefano and Ricardo fulfilled that prediction.

First and third - this, my friends, is voga alla Veneta in America!
Posted by Gondola Greg at 11:00 PM