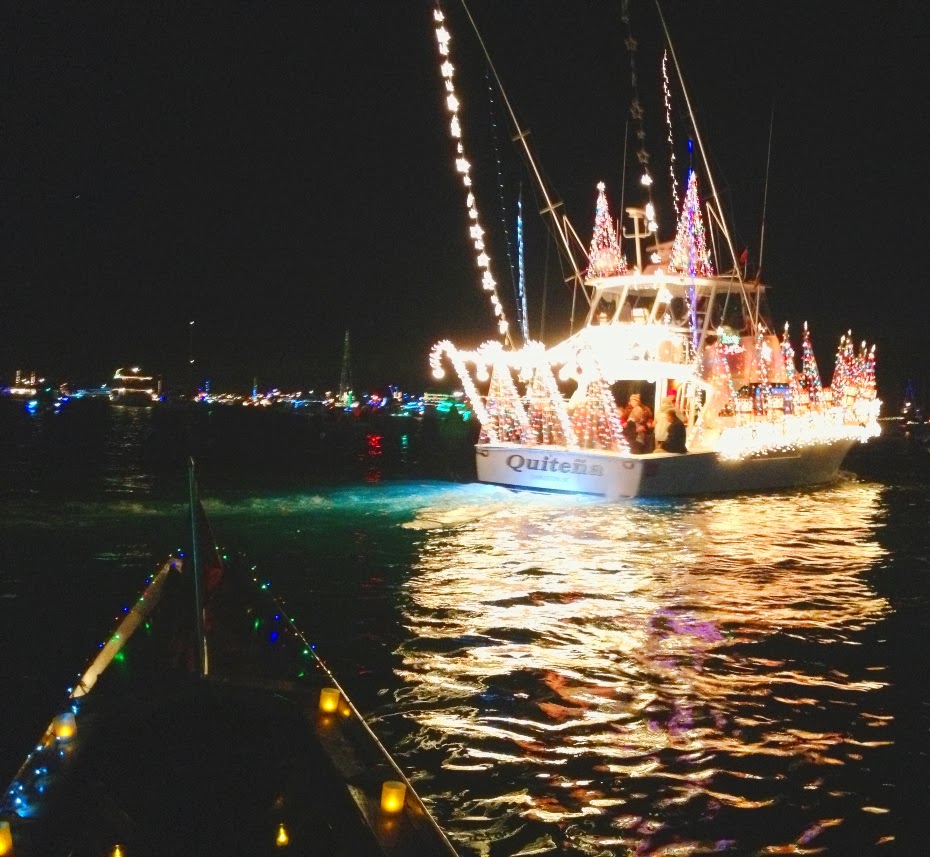 The Christmas boat parade in Newport was as lively and eye-catching tonight
as it ever is.
I was on the Contessa, a pupparin, with a fun young couple who thoroughly enjoyed front row seats to this great show.

After a short jaunt through the canals, we emerged just as the parade was making it's turn in front of our docks. A few other gondolas were already
lined up, so I pulled up alongside them.
Eventually there were at least six of us, all in a row and enjoying the spectacle.

Newport has more than one gondola operation, and I was happy to see
Mike Ruffino from the Gondola Company of Newport next to me.
A couple other guys from that operation were there, but I didn't get their names.  As the parade plowed by, someone in a small boat with a loud sound system spotted us all and exclaimed "Wow, it's gondola city here!"


There were lights - lots of lights. 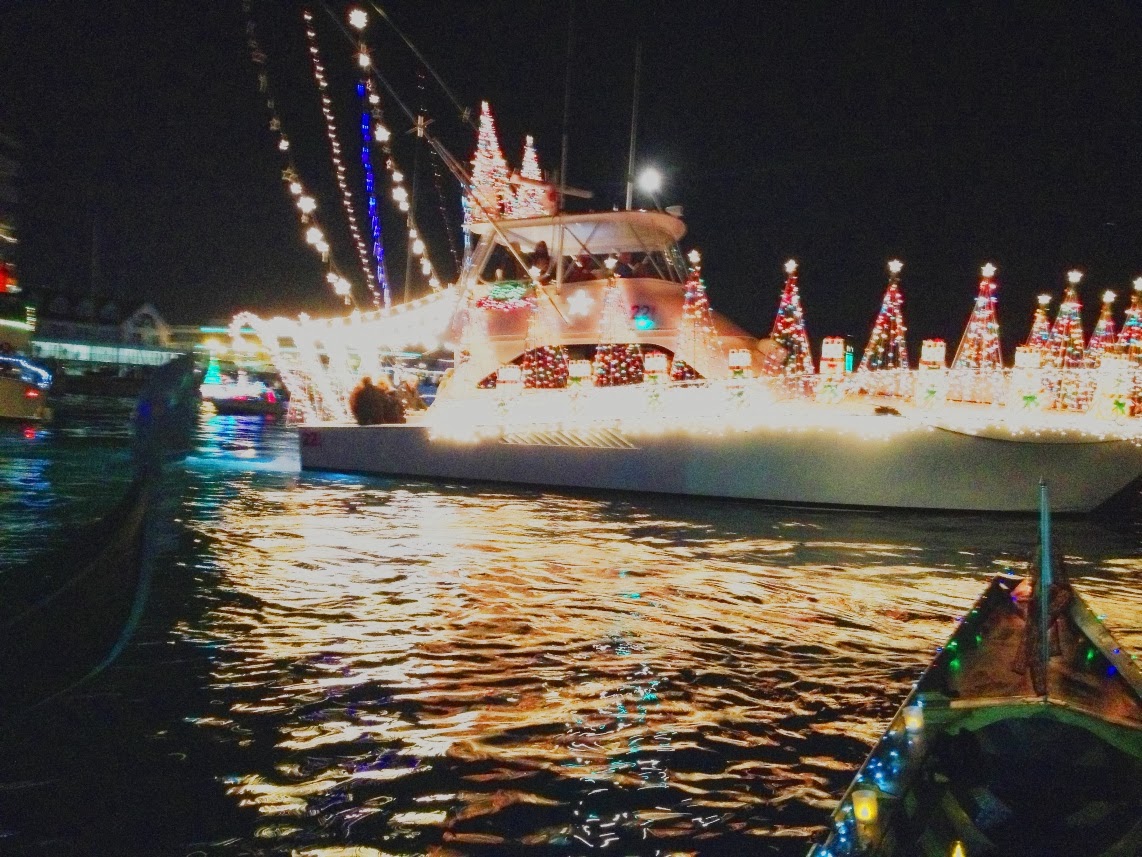 After most of the parade had passed through the basin in front of our office,
I rowed under the Lido bridge and managed to intercept the front of the procession once again, shooting video as they went by.
Many of the parade boats have someone on the microphone,
wishing everyone Merry Christmas.
When you're on a gondola, they like to talk to you.
Watch for the dragon's fire a few boats into the procession. 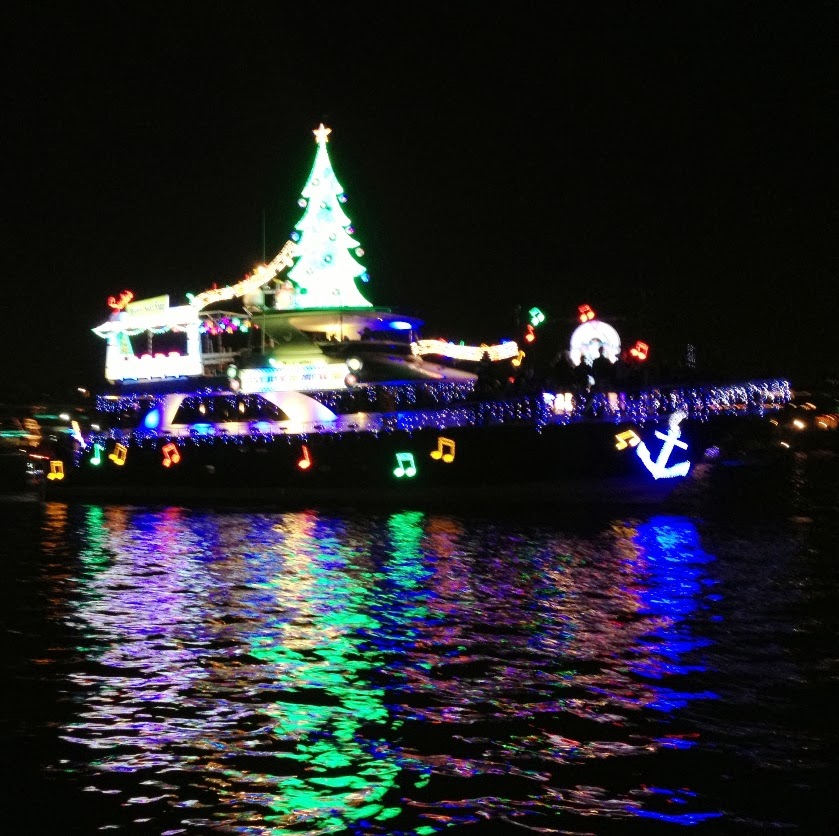 We saw this one boat (with the bright anchor and the musical notes)
a few times, and each time there was a small boat flanking it - a boat that
had a clever 50's car facade on it.


And there was music, lots of music, different types of music blasting from the various parade boats as they plowed by.

The weather was pretty much exactly what we pray for this time of year:
clear sky, mildly cool temperature, and almost no wind.