4th of July in Newport 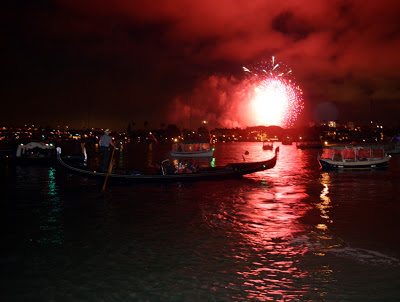 Just a few snaps I managed to take during the firework display
in Newport tonight. 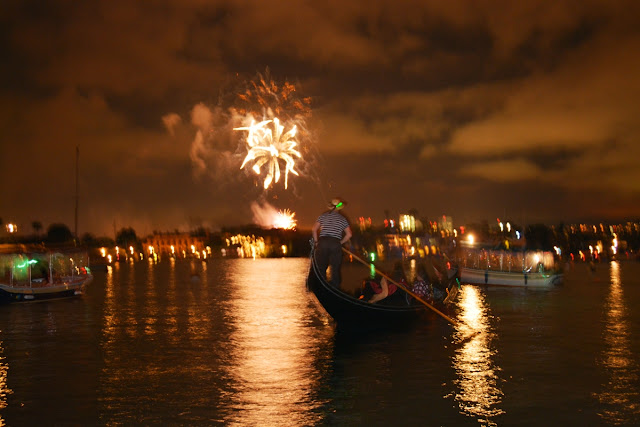 Bob and his passengers enjoying the show. 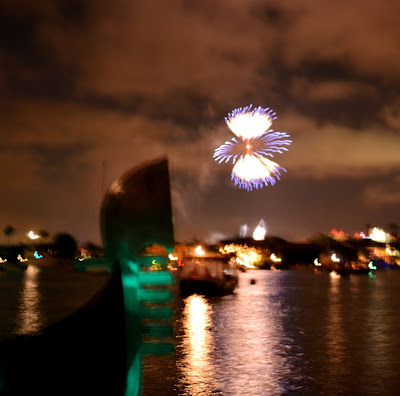 There's always something new in the arsenal, this years newcomer,
well, I think it looks like some kind of alien plant life, but it was impressive. 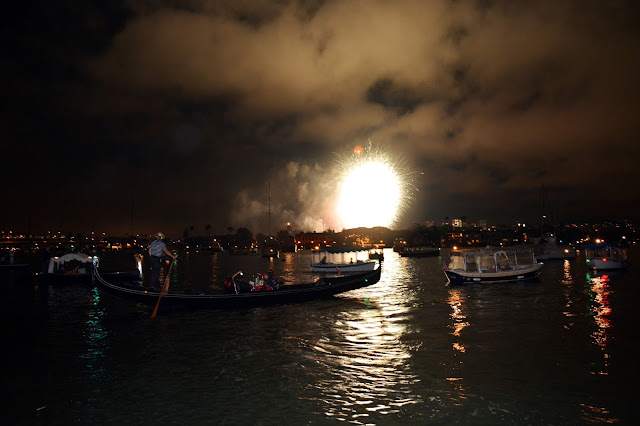 Newport Harbor has an estimated 10,000 boats - many of which are out
only a couple times a year: once for the Christmas boat parade, and once
to see the fireworks.

It gets crowded, super crowded.

Most of the people driving private boats have been drinking
(many since about 10am),
and with all those pretty sparkly things popping off in the sky above,
almost nobody is looking around to avoid collision.

For all these reasons and more, I tell my gondoliers that they are
more likely to have a boat-to-boat altercation on the night of the 4th,
and to be vigilant.

The guys were great, everything went well, no bumps or problems,
and all our passengers had a terrific time.

Aww, it almost makes me feel like I'm at Redentore!