photos by Tamás Fehér
In so many ways, things have changed over time, and this is certainly true when it comes to civil defense.  It used to be the norm that a city was built within a walled perimeter, and in many cases a moat was even added to make it even more difficult to approach that wall.  If they didn't want you coming in, you'd have to be clever, fast, and really committed.
This appears to have been the case with the ancient city of Treviso in northern Italy.
On a recent trip to the city, Tamás spotted this familiar sight on the wall of the ancient part of the city: 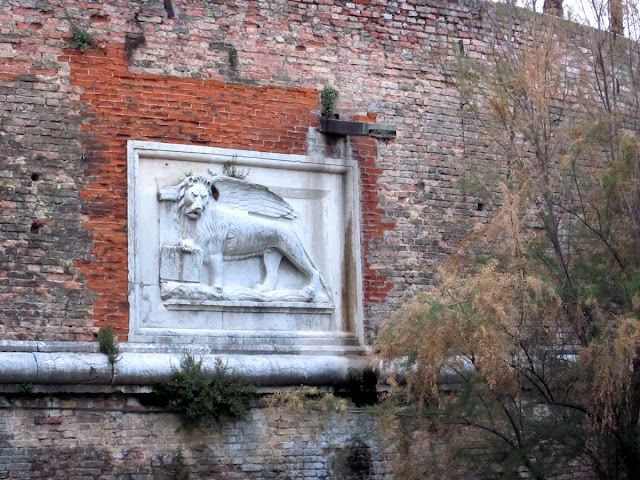 These walls were built over six hundred years ago, during a time when Venice and Austria were, or had been at war.  The city of Treviso had volunteered to join the Venetian Republic, then when Venice was at war with Austria, the city was captured and ruled for a time by the Austrian Duke.  Later, when Treviso returned to Venetian rule, these grand walls were built.
At that point, I think the Venetian fathers wanted to be sure that nobody could take the city, and that if they tried, it would be clear that they were up against Venice - winged lion and all. 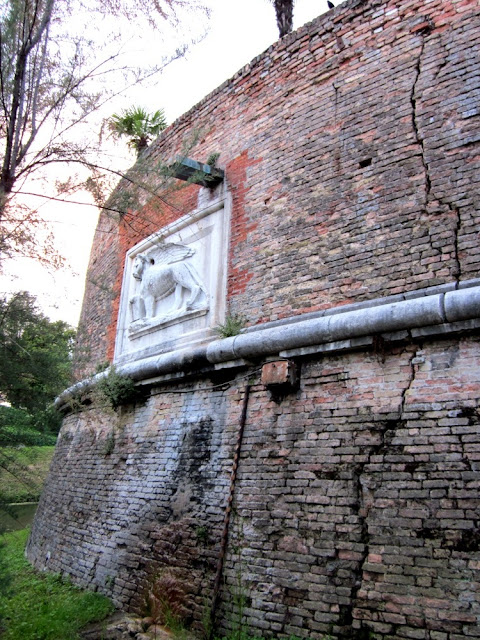