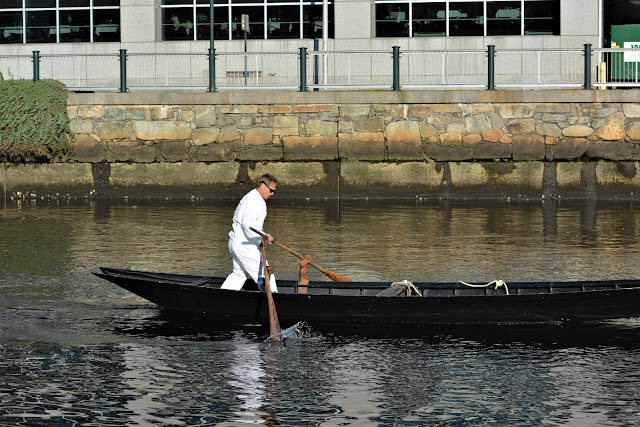 Valesana.
The art of rowing with two oars, crossed, and operated almost scissor-like.
The rowing style of valesana has been used in many instances, but is best known lately for it’s use on a smaller member of the sandolo family known as the “s’ciopon” - a duck hunting boat.
These days you can usually spot this unique rowing style employed by older men in the lagoon of Venezia, or in regatas. You won’t see a valesana race in Regata Storica, but it’s a common sighting in regatas matched between rowing clubs.


To read more about the actual methods used to row valesana, see my post:
"Left Side, Right Side, Ay-yay-yay!" 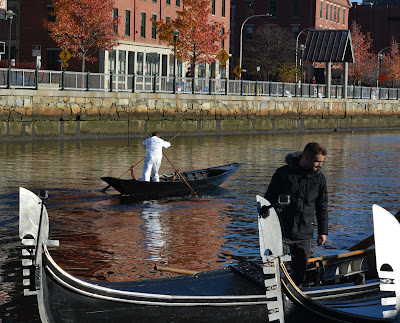 The crossed-oar event has been an official event at Nationals three times now.
The first time was in 2015 when Tim “Bepi” Reinard brought his small sandolo to Newport for the annual races.
The next time was two years later in 2016 when Tim hosted Nationals in 2017 in his home port of Huntington Harbour.
Later that year, the boat was sold, and transported to Providence, Rhode Island.
It seems that where the boat goes, the valesana goes.


As such, we had our third valesana timetrial in Providence. 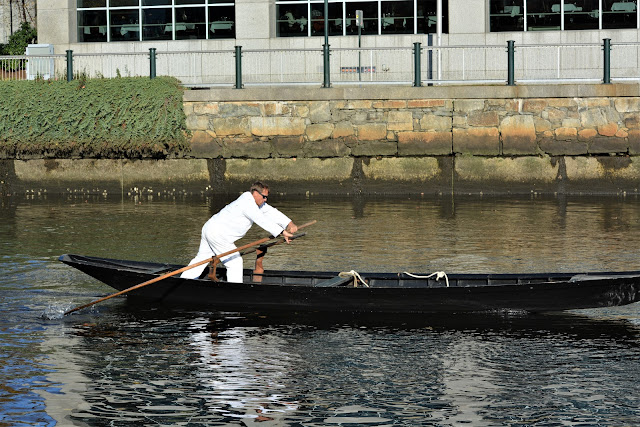 Nobody was surprised when Bepi finished first -
he’s always been the best in this event.


I was happy to see my friends Marcello and John Kerschbaum pull in the silver and bronze medals, with Michael from Minnesota pulling a solid fourth place. 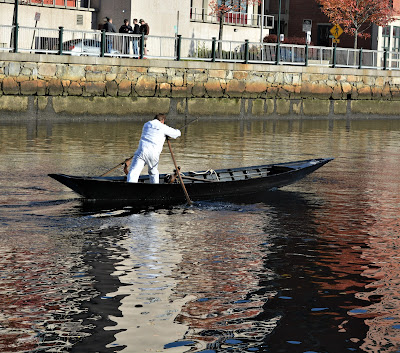 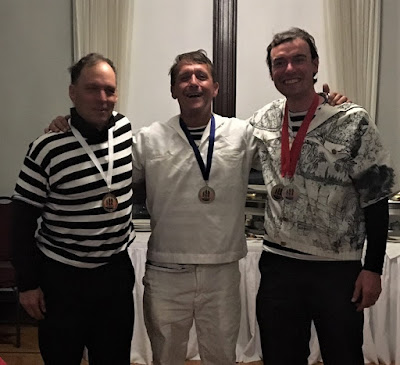 As I said in my post:
"Left Side, Right Side, Ay-yay-yay!"
"If the oar off the right side...is operated by my left hand...but the left side of the body is supposed to be controlled by the right hemisphere of my brain...AAAHHH!!! It makes both sides of my brain hurt!" 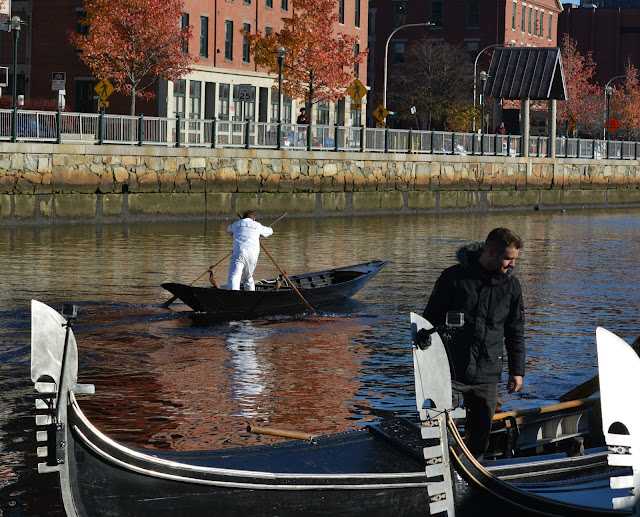