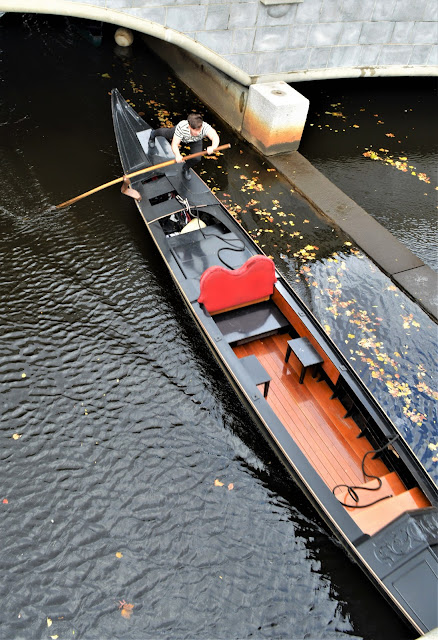 In my previous post about the Tandem Sprint,
I laid out some of the dynamics of our rather American take
on gondola racing - a good old fashioned drag race.

In Providence this year, our Solo Sprint race followed the same course as the tandem - a straight shot of 230 meters/250 yards.

The winds made appearances on the days we raced,
and while most of the time they were tolerable,
a few solo sprinters had the added challenge of fighting a crosswind.
At least one top competitor got blown off course and while they finished,
I watched their trajectory, which curved to the left a bit before efforts were made to get back on track.

Like the tandem variation of this event, the gondolier needs to get up to speed as quickly as possible, and push their body to the limit - rowing as fast as they can while maintaining control of the boat.

It happens fast.
Most of the runs clocked in at just over one minute.

With the expert timekeeping of Providence gondolier Derek "Luciano" Sabatini and Mark Schooling of Gondola Paradiso in Oxnard, CA, the challenge wasn't easy.
In fact the top seven finishers crossed the line with times that were all within seven seconds of each other. 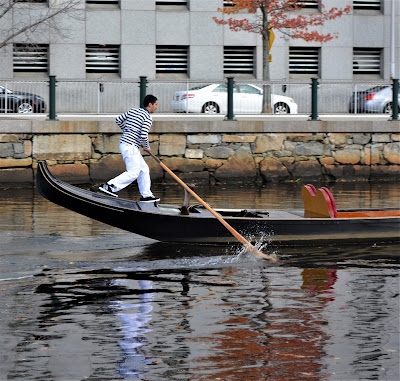 Eddie Rivera of Newport Beach  works both power and control
in his sprint run. 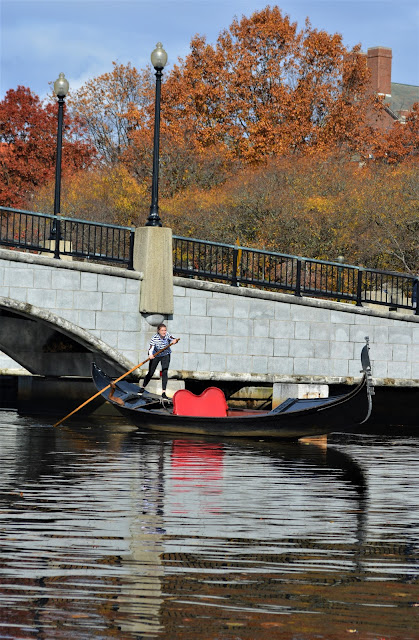 Sofia emerges from beneath the bridge to start her sprint run. 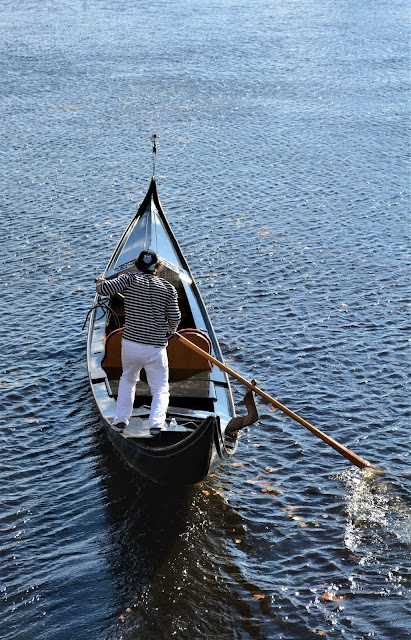 Parker Harrison of Newport Beach - keepin' it strong and straight. 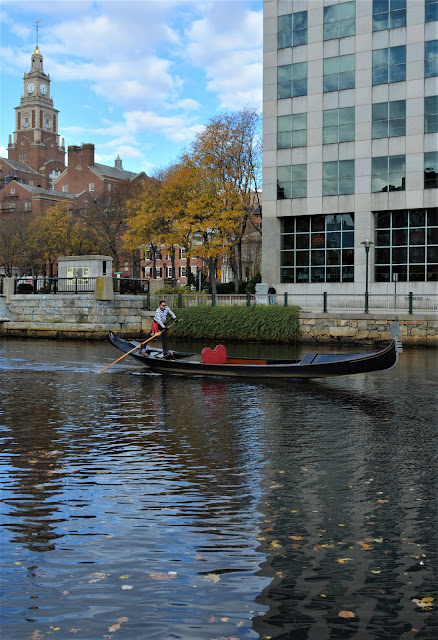 Mark Schooling rows with historic buildings in the background.

While watching competitors take their turns, I heard someone shout over for Michael Serge from Minnesota to take off his parka before he raced.
There must have been something special about that jacket, because he refused to take it off, and ended up with the second place time. 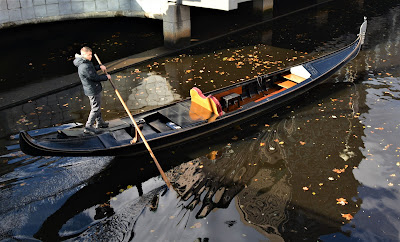 Michael sets up to begin his sprint. 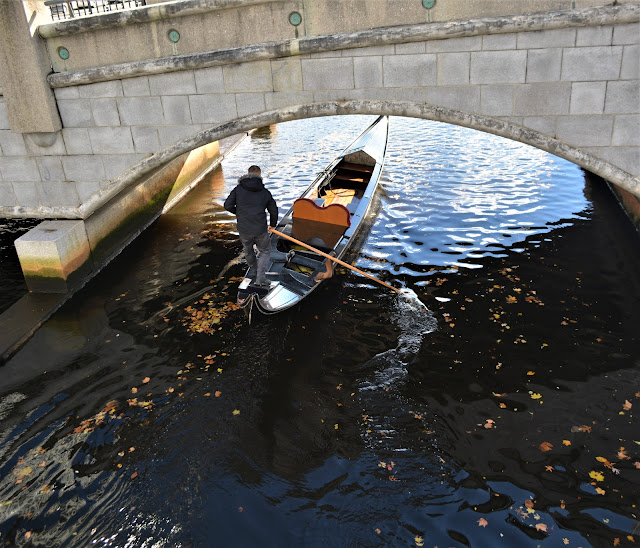 Blasting through the bridge and entering the course.

Time "Bepi" Reinard took a turn on the course... 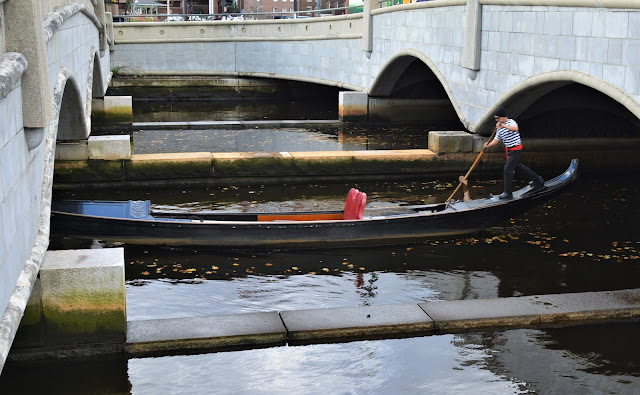 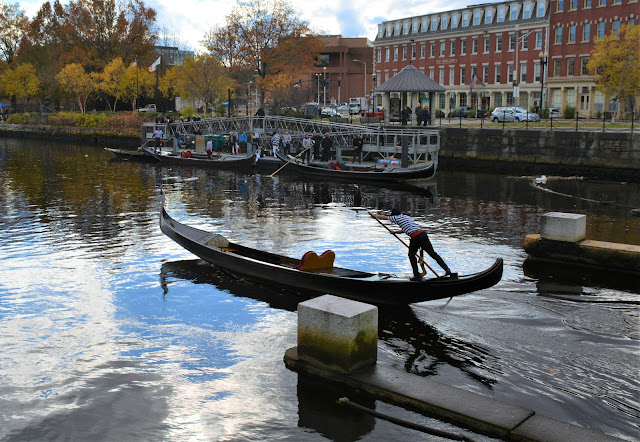 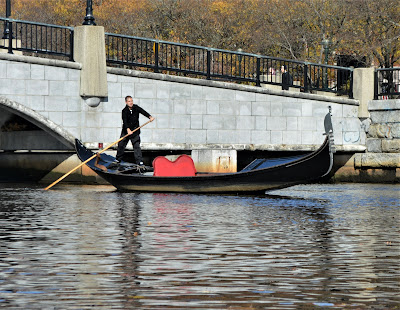 One of the guys I was most looking forward to seeing row,
was Josh Sopp - a Gondola Company of Newport alumnus
who has been rowing with Mark Schooling lately.
( see "Training in Oxnard" ) 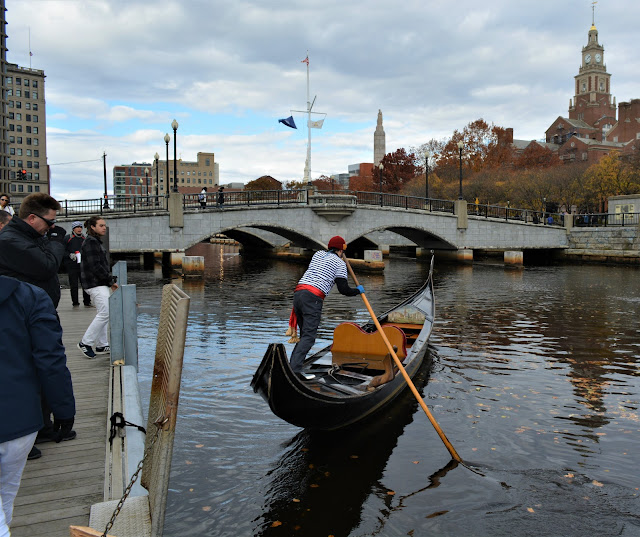 Josh heads for the course. 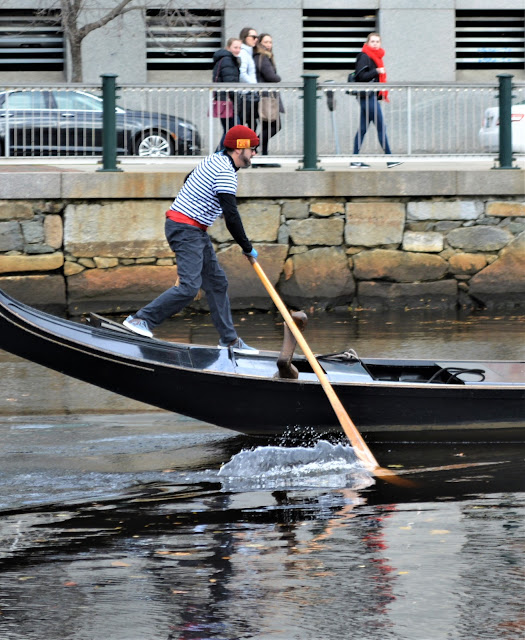 Pushing it to the limit.

Providence gondolier Mariano was one to watch the last two years,
so all eyes were on him in his home town this year. 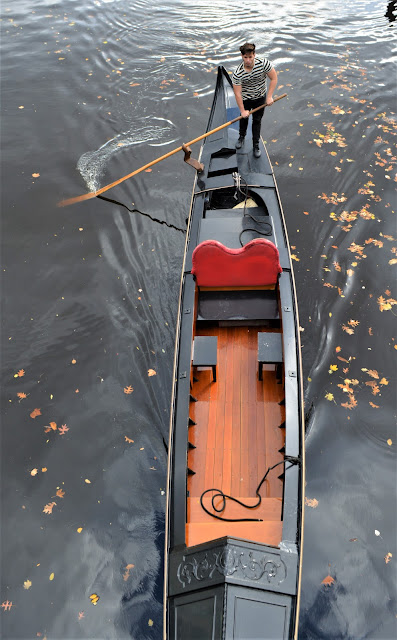 Heading up towards the starting line. 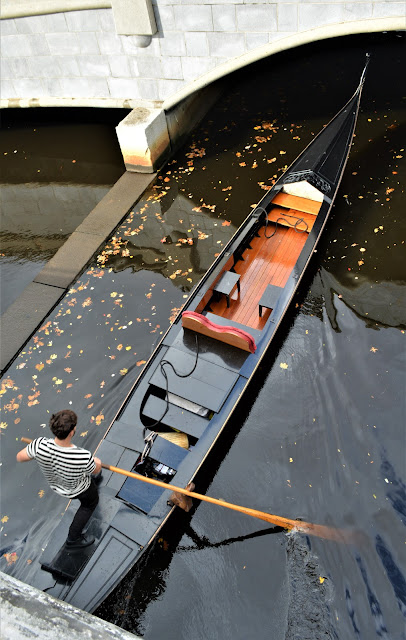 Positioning before the race.

And the winner of the Solo Sprint: 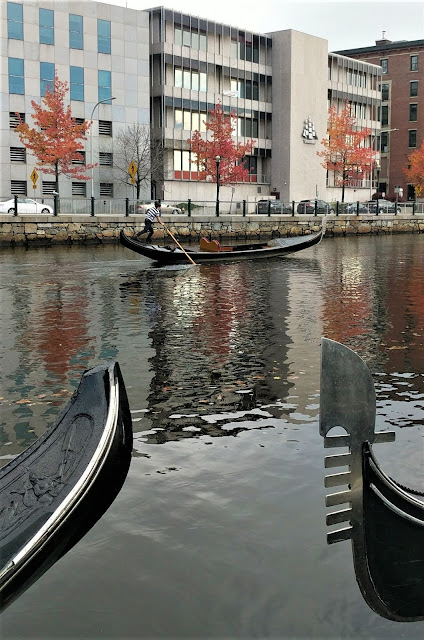 ...Adam "Ivano" Alves of Providence.
He trained a lot for this year's Nationals,
and it definitely paid off.
photo by Shawna Joly

Once again, I'm posting the top four finishers, out of reverence to our friends in the Veneto, and also to show you just how close my friend Eddie was in this race.
I feel your pain, Eddie!

Big congrats to "Ivano" for his win in this and other races this year. 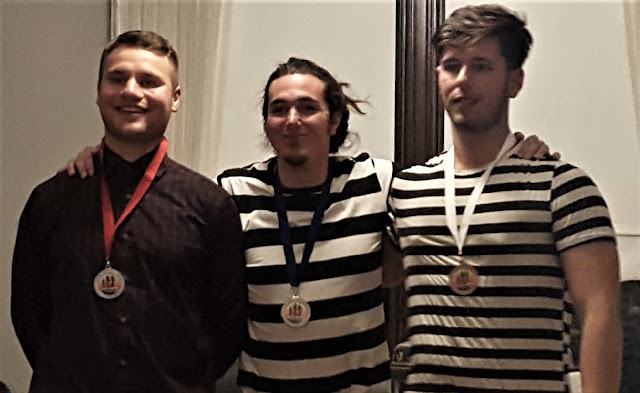 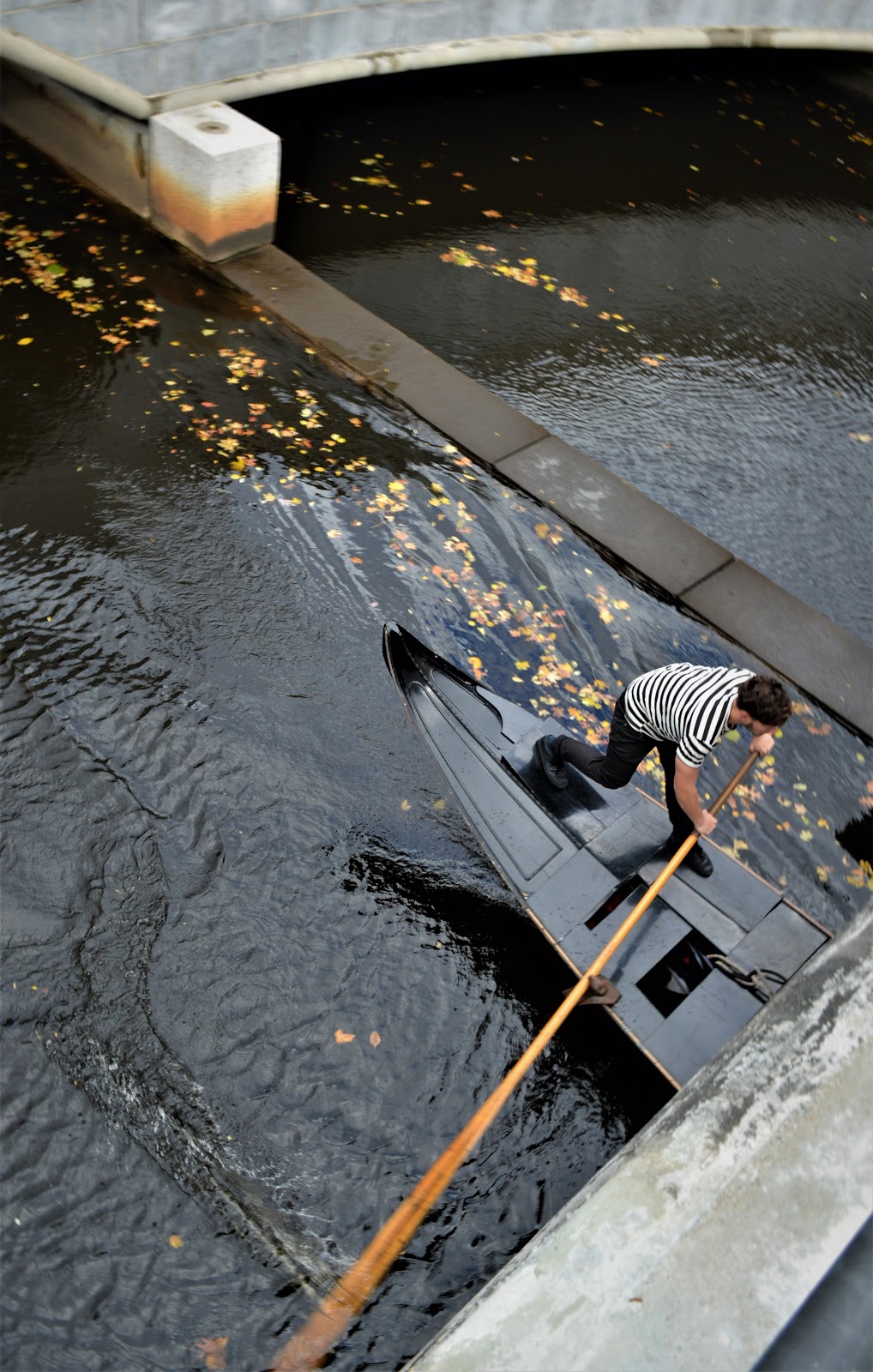