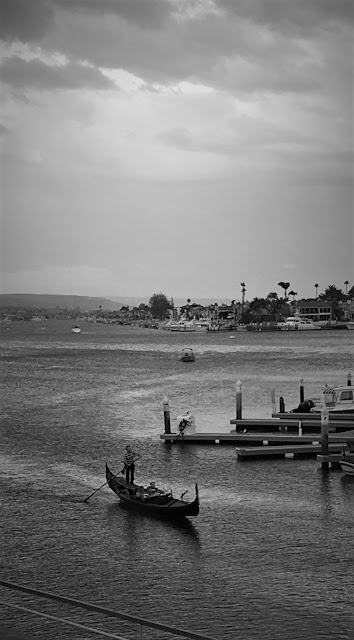 I first caught a whiff of it as I was crossing from one side of the Newport Boulevard bridge to the other.
Somewhere between dodging cars and trying not to trip over the median,
I smelled it: the aroma that emerges as soon as raindrops hit dry ground.

It's called "petrichor" - a combination of two Greek words.
Petra means "stone",
ichor is the fluid that flows through the veins of the gods.

I know this simply because I love the smell so much that I had to look it up.
Of course I was thrilled to discover that it had a cool name like "petrichor".
Turns out that while it may be rooted in Greek language and mythology,
it was actually coined in 1964 by two Australians.

The Australians have given us many great things:
Hugh Jackman, the Bee Gees, Kylie Minogue,
the Mad Max films, Vegemite (ok, maybe not Vegemite),
but I'm throwing petrichor on the list now.
You read it here first.

So, where was I?
Oh yes, I was dodging traffic on the bridge.

Why was I up there?
To take some snaps of gondolas here in Newport on an evening where the clouds were beginning to look increasingly, shall we say...unfriendly.
A few raindrops had come down - enough for the above mentioned aroma to present itself - but it didn't really rain for another thirty minutes.

From up on the bridge I watched Mike Olsen heading home
and Evan Kliewer rowing in my direction. 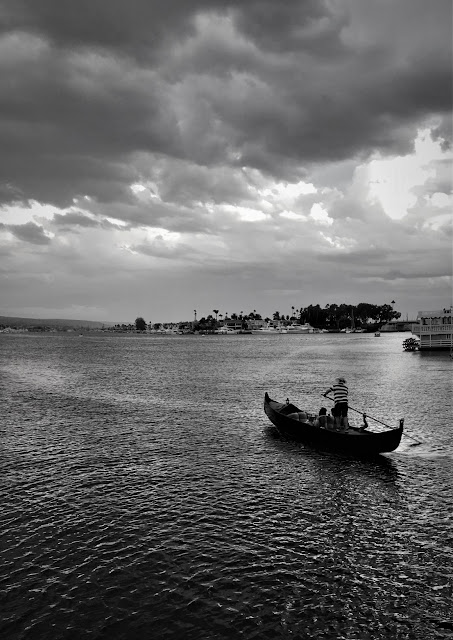 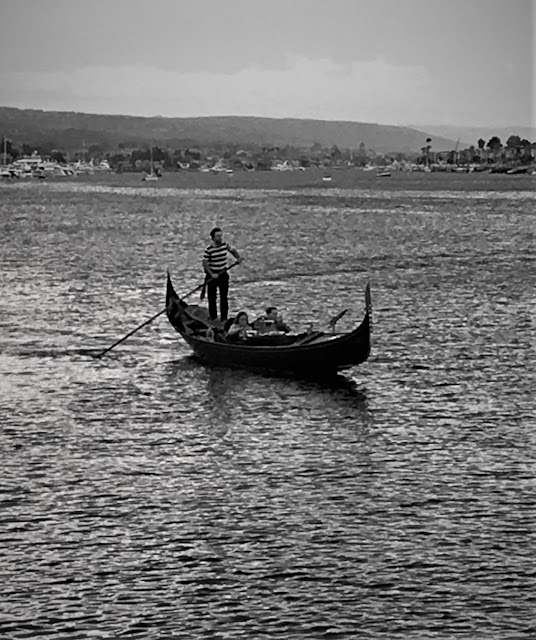 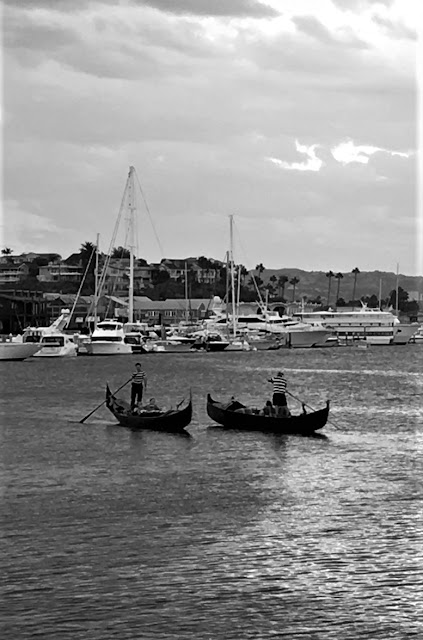 gondolier greeting on the water.

After scampering across six lanes of traffic, I was rewarded with a nice down-shot of Evan's gondola as he emerged from under the bridge. 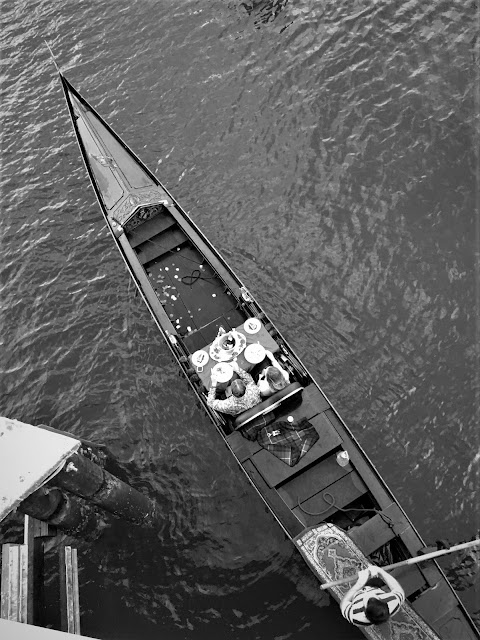 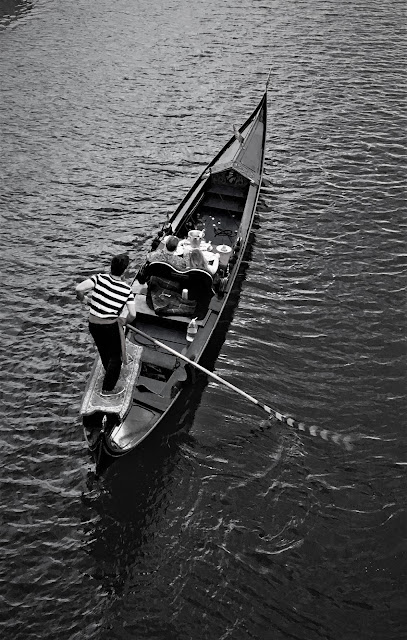 There are so many great angles to appreciate a gondola from.
This is one of my personal favorites. 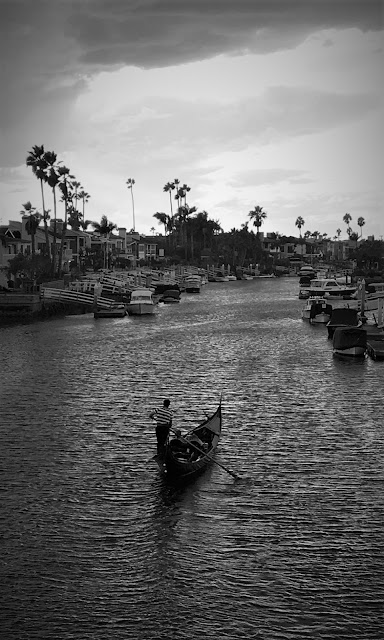 Rowing off into the canals in the west end of Newport,
under increasingly darkened skies.