I shot this in Venice, and it appeared in a post a few years ago,
but I kept seeing it again and again as I went through old images.
Eventually I decided that it deserved it's own post. 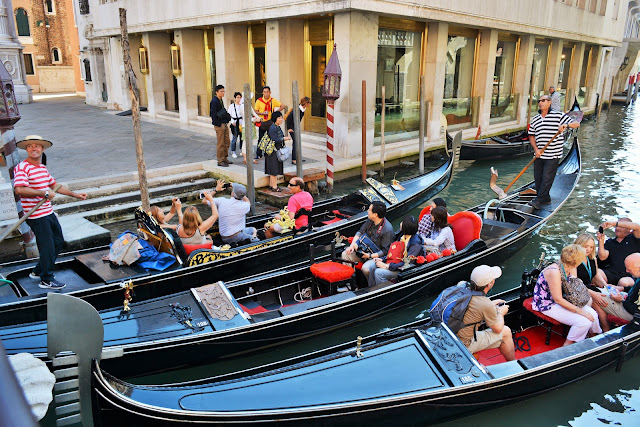 More than most people, I love photos that tell a story.
You look at the image and it tells you about something going on.

In this case there's lots going on.
So many stories.

The folks on the near boat are probably American and they're definitely
with a tour group (matching lanyards), probably came off a cruise ship. 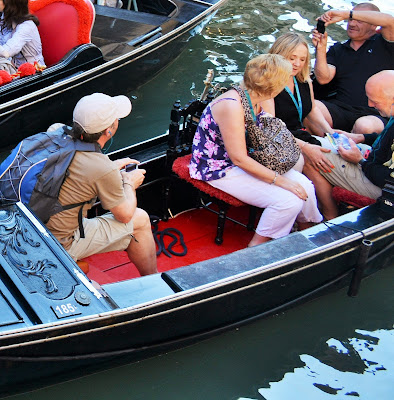 The boat in the middle has tourists from another part of the world,
but their gondolier cracks me up most - he's either tired or just "over it". 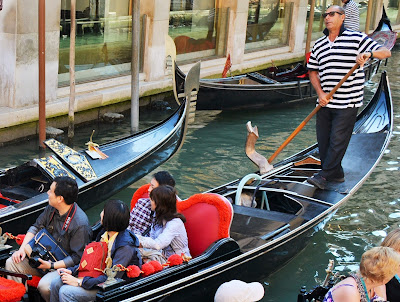 Shades on, collar popped.
He's probably heard bad versions of "That's Amore"
over a million times from tourists,
followed by "Hey, why aren't you singing?".
I have so been there.

Maybe he's annoyed by someone on the bridge ahead, but...
then there's the guy in red stripes who finds something amusing. 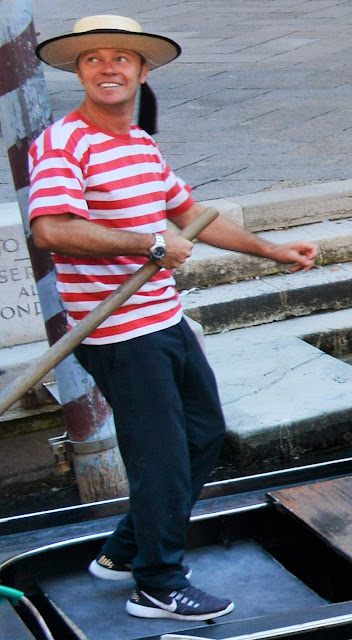 Here's a guy who loves his job.

Meanwhile the folks on the fondamenta are just trying to figure out how the heck they can get on one of those famous boats, 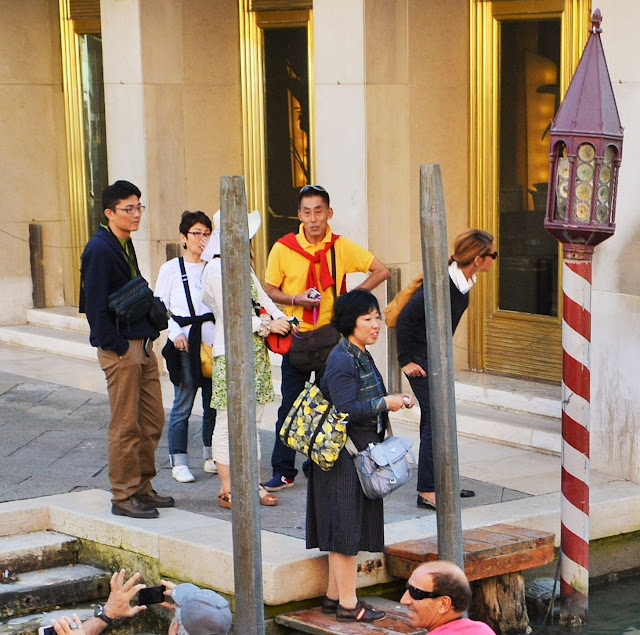 Everybody, and I mean everybody has got to check "gondola ride"
off their list of things they did in Italy.

and it looks like there's a fourth gondolier who'd like to make that happen,
if not for all the dang traffic. 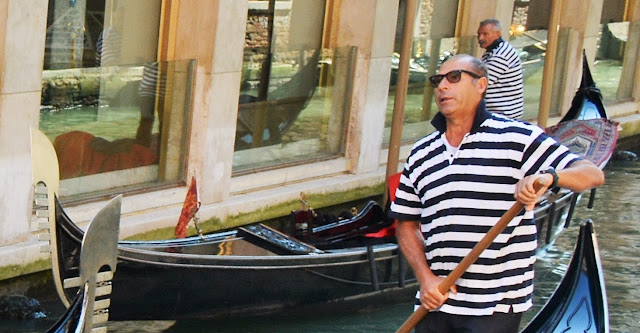 The guy in the back (with the epic mustache).

All this with the iconic Hotel Bauer in the background.

And don't even get me started on the gondolas.
Too many interesting details to mention.
I could look at this photo all night. 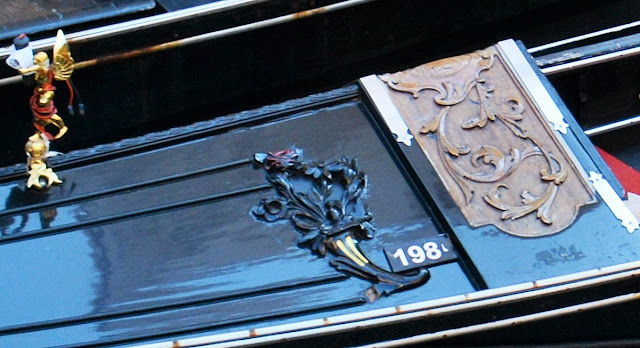 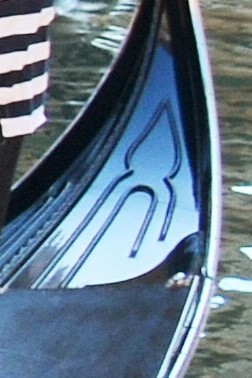 Not one, but two raised deck trim arrays. 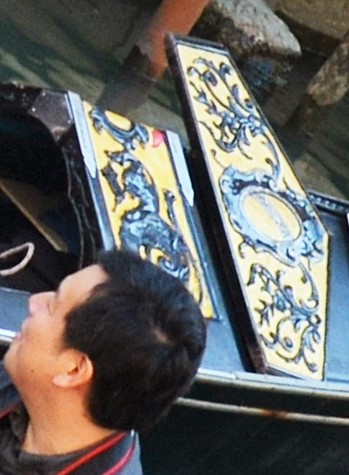 And of course, there's nothing like a pristine black gloss
paint job on the long bow of a gondola.

The photo was taken of the canal known as the Rio de San Moise
as it passes by Campo San Moise, with a servizio of the same name.