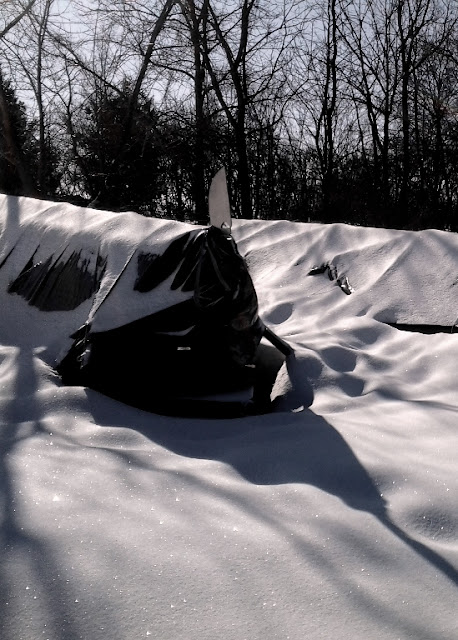 John looked out the window of his Minnesota home to discover clear blue skies and a fresh blanket of snow.  With spring approaching, the Minnesota gondolier had plans to get his boats uncovered. It was about time to start preparing them for a launch as the months warmed up, but it wasn't warm yet, and the extra four inches of snow certainly weren't going to help matters either. 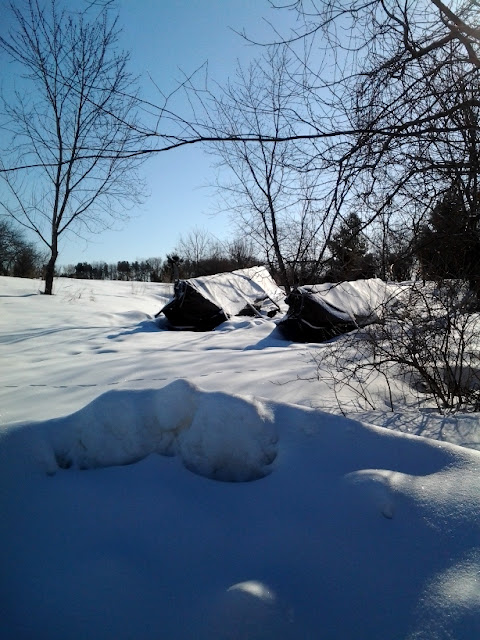 He stepped out the back door and felt a crisp winter breeze brush his face and chill the back of his neck.  The dry air echoed with the sounds of a few winter birds as the wind played music through the empty branches of trees. 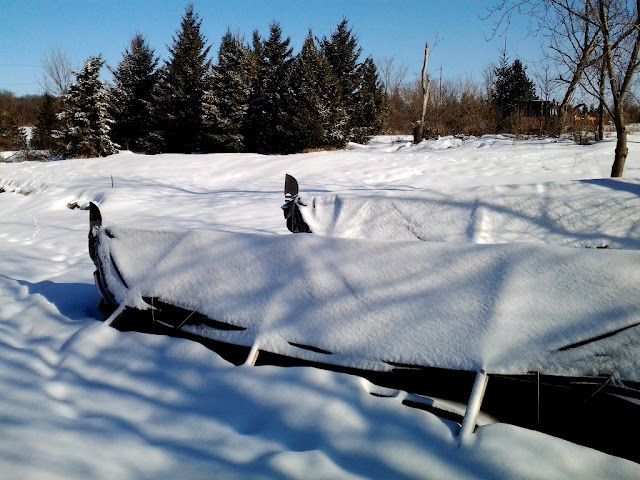 Crunching over the snow covered ground, John went to inspect his gondolas, resting quietly beneath the covers he'd so carefully built months ago.
He could see fresh animal tracks in the newly fallen snow - evidence that he wasn't the only one anxious for spring to arrive. 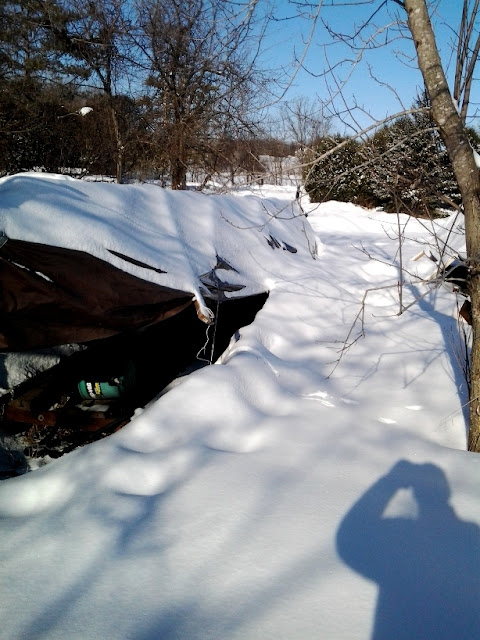 Cold storage would have to continue a while longer, and while the sunshine sparkled like a thousand diamonds on that fresh snow, the gondolier knew that it was still just a matter of time before he could uncover his boats and do the work he'd spent much of the winter preparing for.
It wouldn't be long before he could launch those beautiful boats on the water once again - water created by melted snow.  Once again he'd row his gondolas around with passengers proposing, relaxing, or celebrating things like birthdays, anniversaries, or maybe just the fact that snow eventually melts. 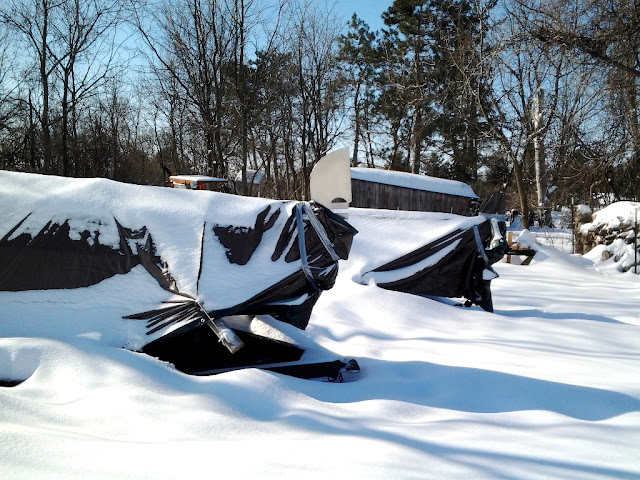 We had an unexpected snow here, in Hungary over the 14-16 March national holiday period. It was a snowstorm, resulting in chaos and thousands trapped on the autobahn.

Blame now gets directed left and right, maybe people could do with some relaxing in a gondola...

Yes, I think a lot of problems could be solved with a gondola cruise.

Turns out John (and the rest of Minnesota) got another five inches of snow last night.