Rowing and Hauling in Providence 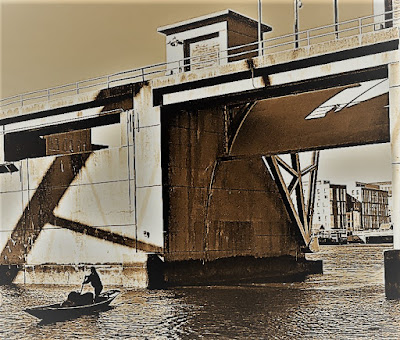 Each servizio has it's own rhythms, and it's own collection of punctuating events each year, which dot the calendar, and mark the changes of the seasons.

In Providence, Rhode Island, like some other northern port locations, one of the biggest landmarks on the calendar is the end-of-season haulout.

After the last passenger cruise is rowed, everyone gets together to move all the boats.  They row down the Woonasquatucket River - joining the Providence River, through the Fox Point Hurricane Barrier, up the Seekonk River, and to the ramp in Bold Point Park for haulout.

I've heard about this traditional row for years.
One day I'd love to be part of it.
Spouses and girlfriends sometimes come along,
and someone has a habit of doing the row wearing a banana costume.
(see the post "Going Bananas in Providence")
If I can ever attend, I'm totally bringing my collection of honking rubber chickens. 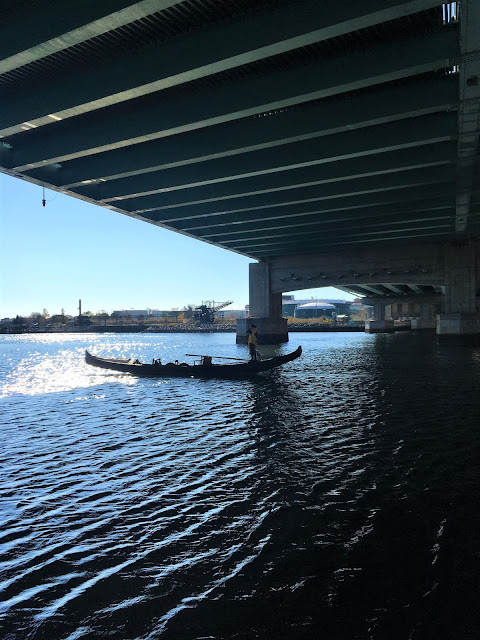 Banana man passes under the 195. 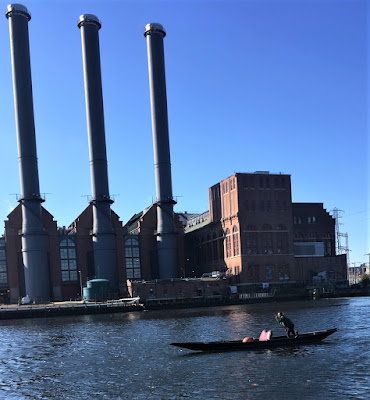 Giuliana rows the sandolo past the Manchester Street Power Station
right before reaching the hurricane barrier. 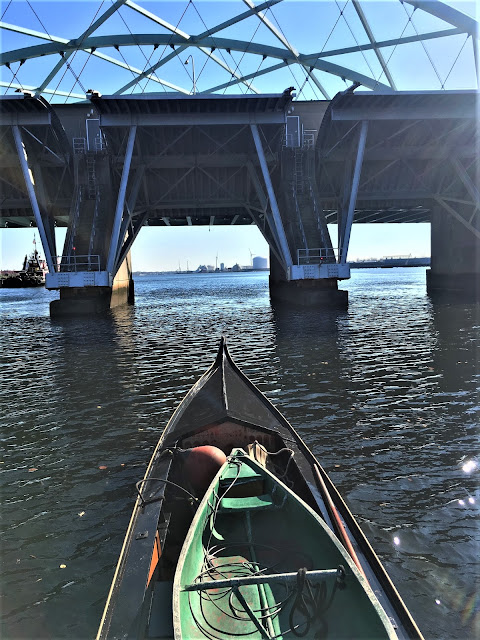 From the stern of the famous "Emerson gondola", Marcello snapped this
as he was approaching an opening in the hurricane barrier.
Looks like he brought an extra canoe along. 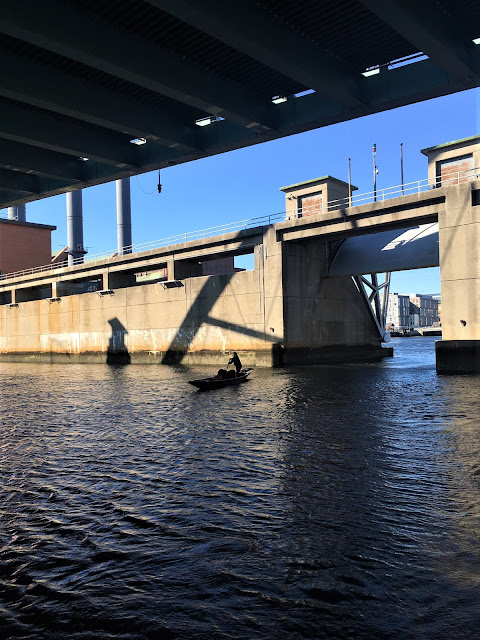 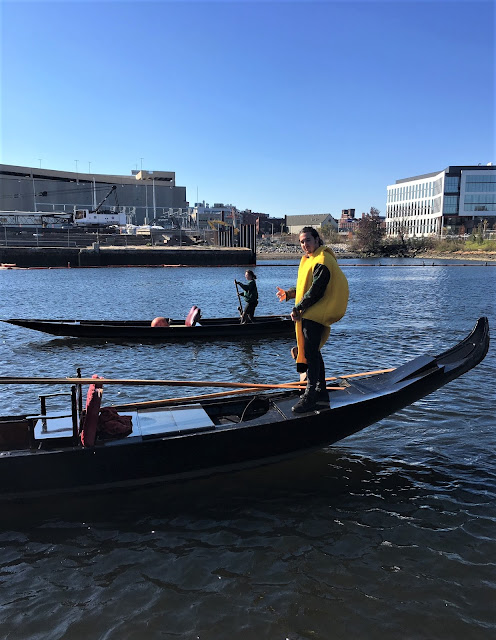 At the end of the row, all boats were hauled out and ready for their next destinations.  In past years all the boats have gone into workshops or cold storage, but this year a couple of them (and a few staff members) are slated to travel south to Florida for a winter operation in Naples. 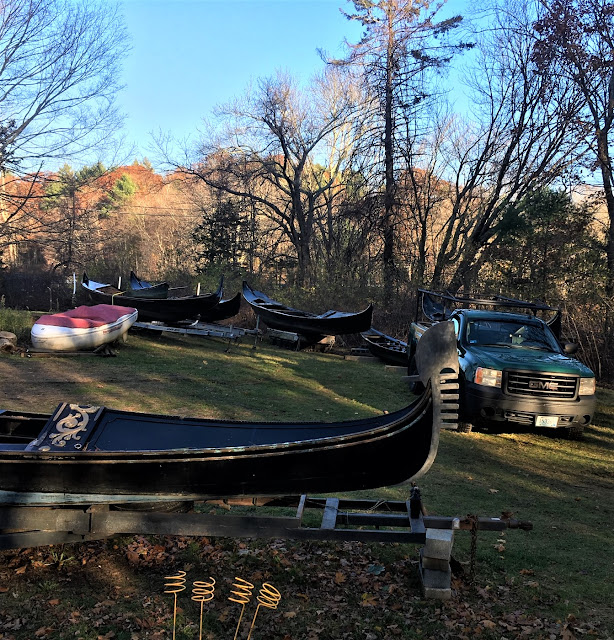 A whole season in Providence has come to an end.
Lots of cruises, numerous proposals, Waterfire nights, and great memories.
The grass is still green but fall colors can be seen in the background. 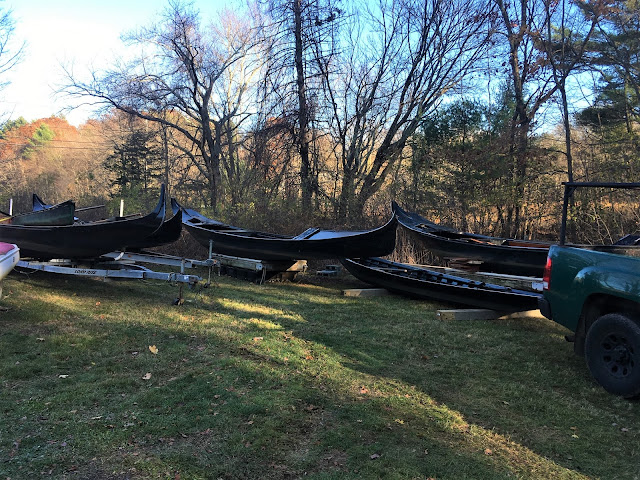 Special thanks to Matthew "Marcello" Haynes for help with text
and proper spelling of river names.
Posted by Gondola Greg at 11:24 AM