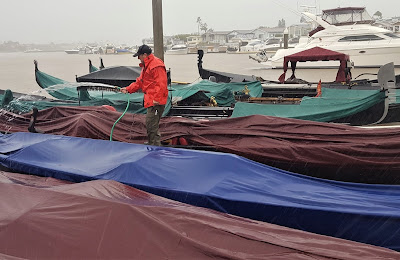 Today did not start out the way we'd hoped it would.

For weeks we've been preparing ourselves for full-capacity,
every boat on the water, total Valentine's Day madness.

You know, the kind of day that helps pay our bills through winter.
The kind of day we need to physically recover from.
It starts early and guys row cruises past midnight.

But it was not meant to be.

Instead, we listened to the rain as it pelted the roof all night,
and John and I found ourselves on the docks this morning in torrential rain,
pumping out gallons of rainwater. 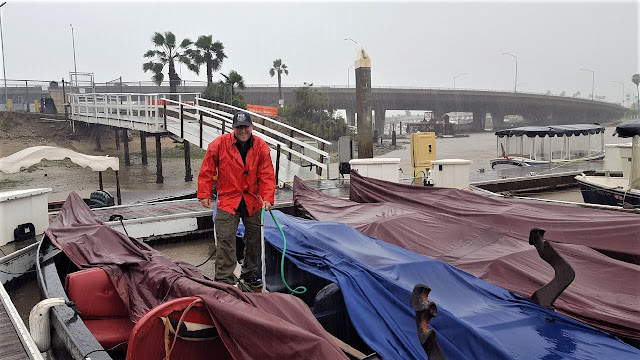 Not how I'd planned on spending the first part of Valentine's Day. 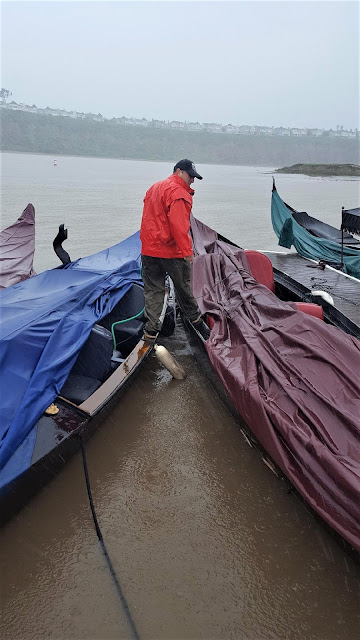 The double-balance-beam portion of this morning's program. 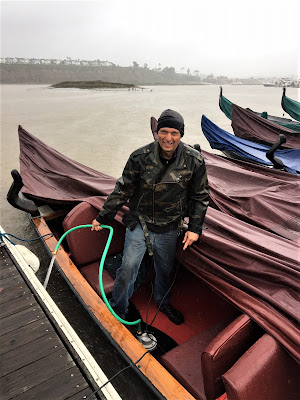 John of Minnesota is a very good sport. 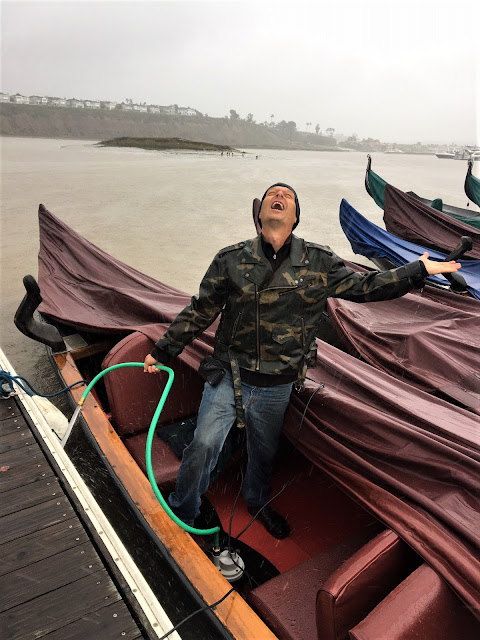 The rain comes.  Sometimes you just have to embrace it.

In the thick of it, I had rainwater trickling down into my underwear and it was coming down in sheets.  Normally I would've been swearing under my breath with a permanent scowl on my face.
But just then John shouted out "Happy Valentine's Day!"
with a goofy grin on his face, and I just started laughing.

Later I looked up to the sky and shouted "Is that the best you can do?" 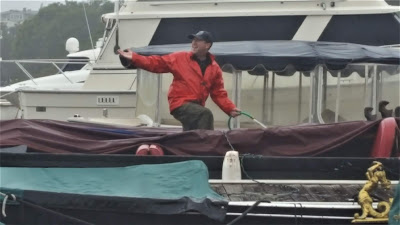 We got all the boats pumped out and headed home,
looking forward to lunch and dry clothes.

Returning to the dock a few hours later we found Eddie getting everything ready for cruises.
The sun peeked out between the clouds and all was right in the world.
(Ok, it was a bit windy, but we didn't care at that point) 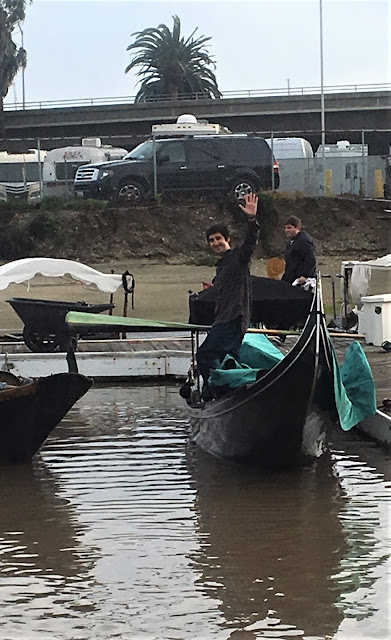 Eddie and Kyle - such awesome guys! 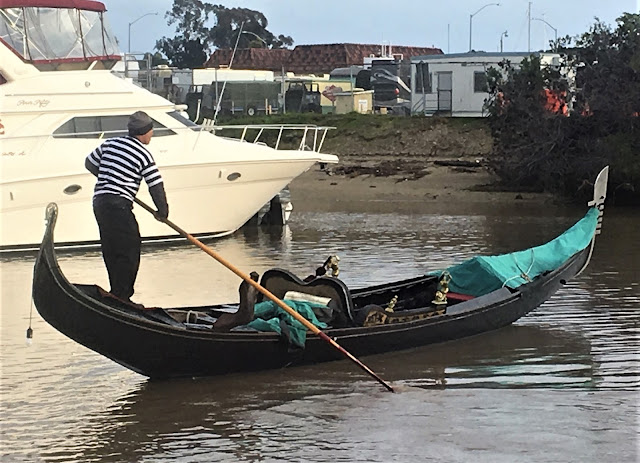 John moving a semi-covered boat into place
before prepping for his passengers.

And finally...it was time.
My clients arrived, we shoved off, and I was rowing.

No, it wasn't the 8-10 cruises I'd planned on rowing,
but I was thrilled to be on the back of the boat. 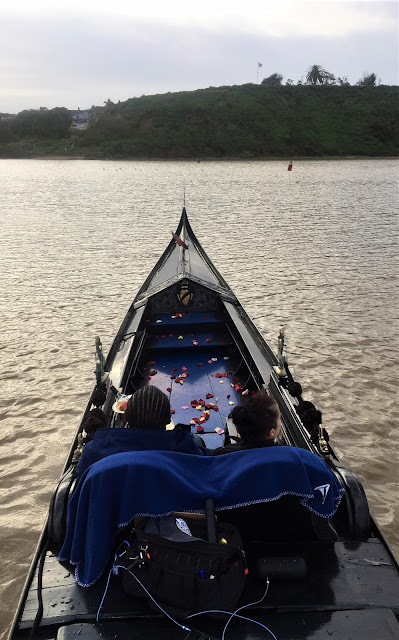 There's how it could go,
how you hoped and planned and wanted it to go,
and then there's how it actually goes. 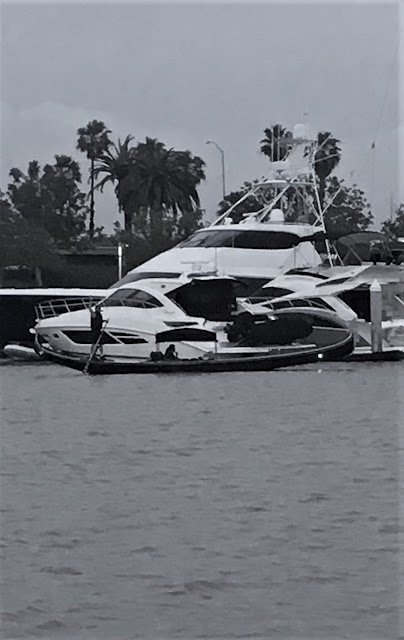 As the hours went by, the wind eased up, and it was a beautiful evening. 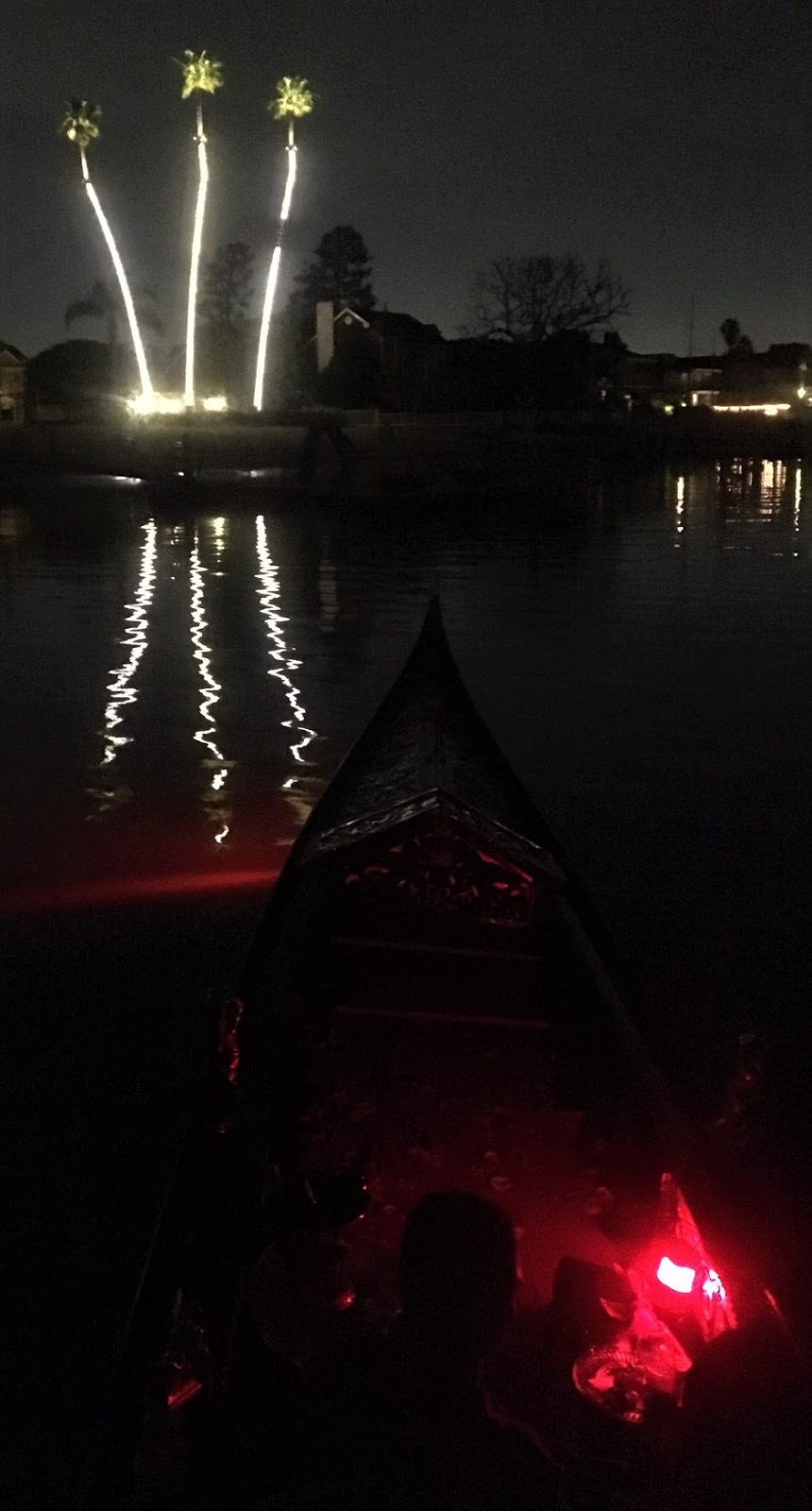