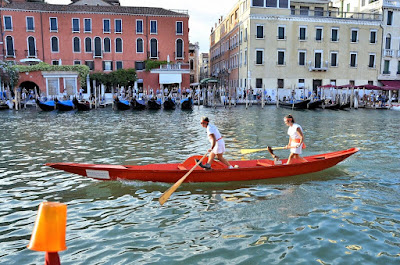 My friends at the GSVVM - a rowing club I'm a member of in Mestre - launched several of the club boats to row into the city for Regata Storica.
Some years back I was fortunate enough to make it to Venezia for this annual event, and I will truly never forget it.  The GSVVM has a large fleet of rowing craft, ranging from tiny mascarete to a huge quattordesona.
If you can get aboard one, and get into the city early enough, you can tie up along the Grand Canal and enjoy the parade and races from the very best location.
Nereo Zane was aboard a caorlina, with a group of club members on several boats.
These are photos he sent me from the day. 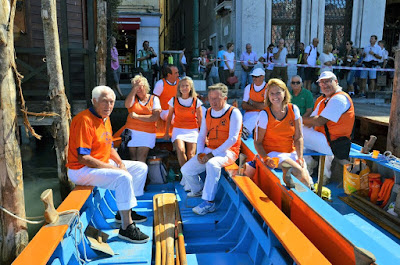 Some of the club members watching the activity on the water. 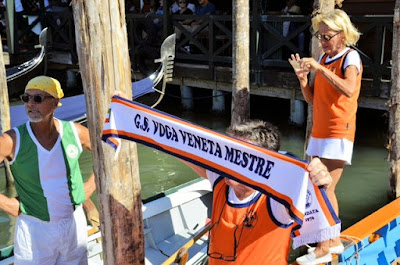 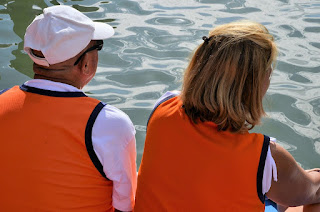 The best seats in the house. 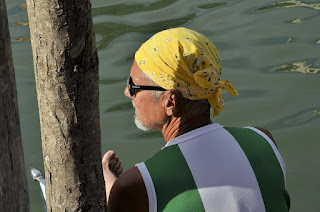 Our neighboring club in Mestre wears green and white.

This is one of those "everyone's gonna be out there" days.
All the rowing clubs dress up and row their finest boats.
Of course, you can expect to see some of the biggest multi-oared vessels gliding by.
I like to call these boats the "big desonas". 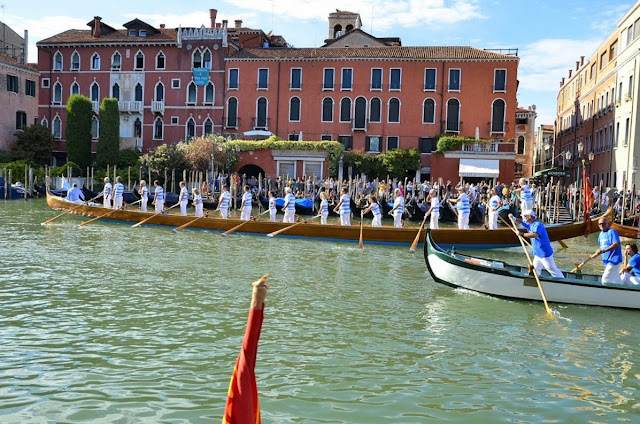 One the most impressive club boats is the 18 oar disdotona - the pride of the club Canottieri Francesco Querini in Castello. 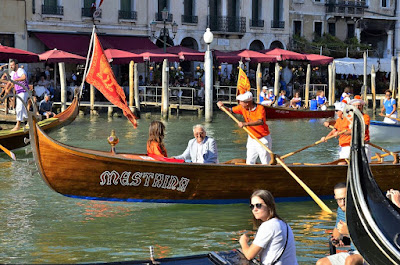 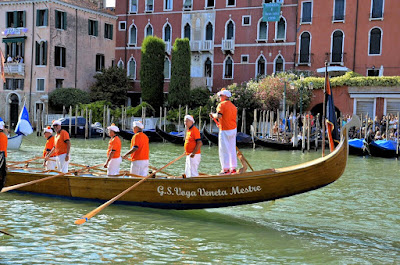 These boats are so long that you can't always capture one from tip to tip with your camera. 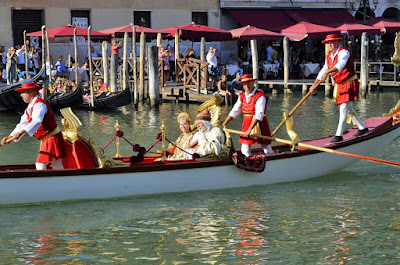 Along with rowing club boats, there are period vessels, 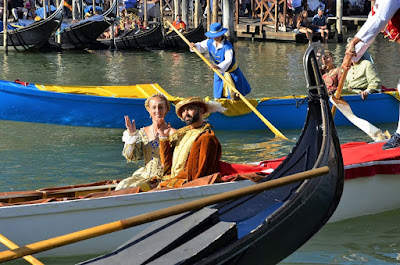 with folks in period costume. 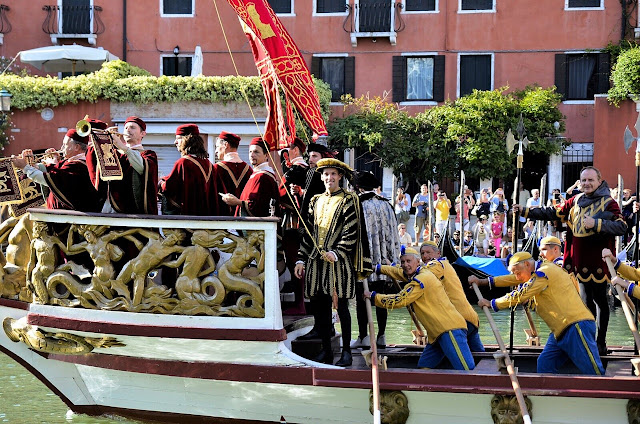 It's always fun to see someone you know on one of these boats.

After all of the processions, the canalazzo is cleared, and the races begin.
I could fill up an entire blog with all of the photos of all of the boats in all of the races, but in the interest of brevity, here are just a few. 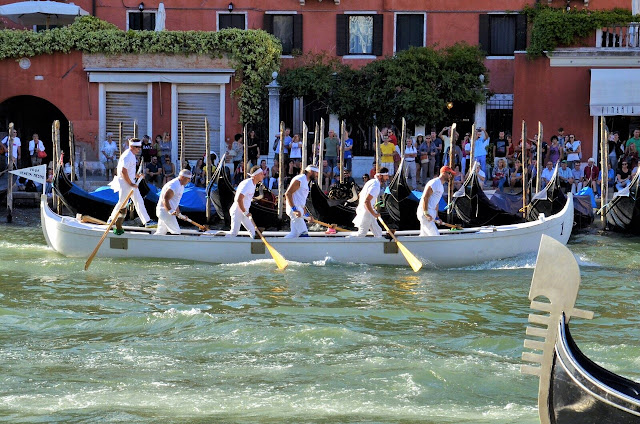 In the six-man caorlina race, there are 54 rowers spread out over the nine individual boats.  Just about everyone knows someone on a boat - so there's always lots of shouting from the spectators. 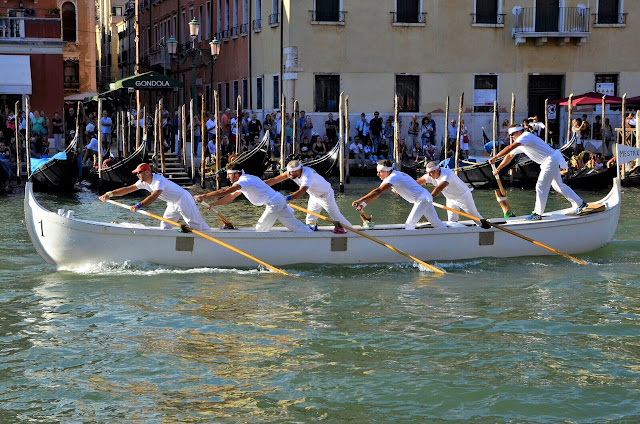 The GSVVM crowd were all cheering for the white boat. 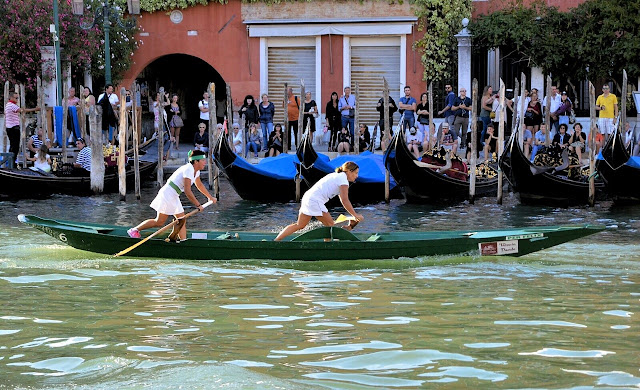 The women's race takes place on light, fast mascarete.
I believe there were club members on both the green and the orange boat. 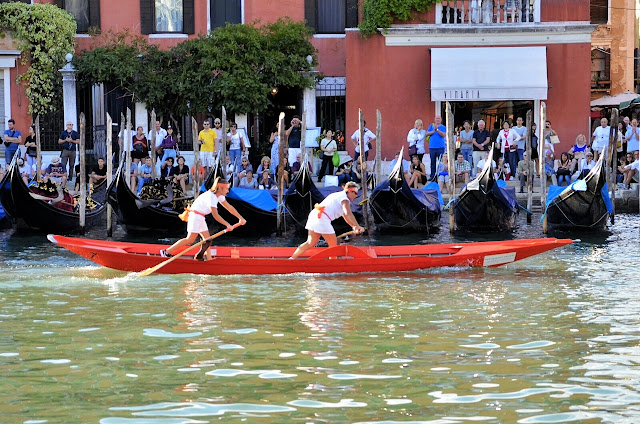 Actually I know the woman in front on the orange mascareta. 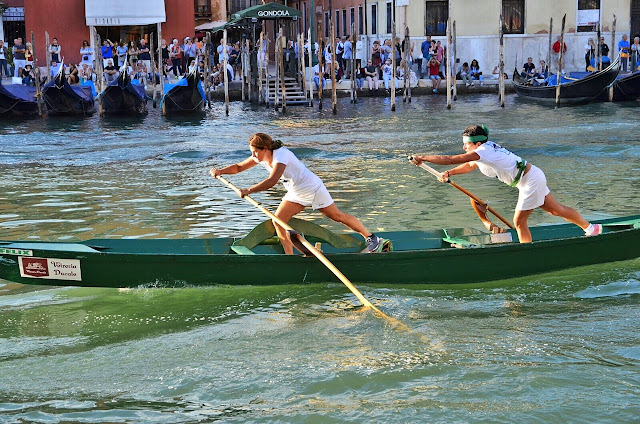 Heading towards the finish line. 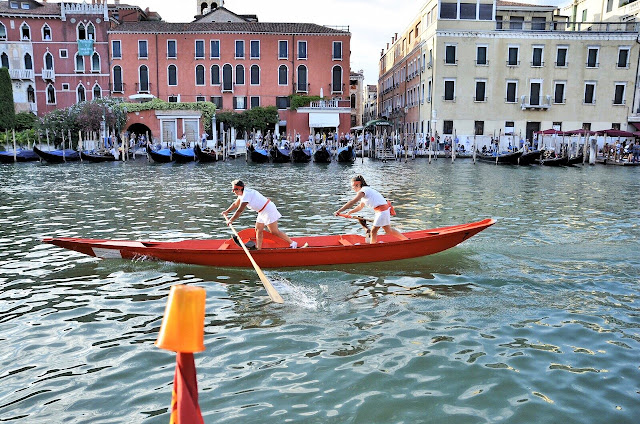 As fast as possible.

Big thanks to Nereo Zane for these great images, and for making us feel like we were right there with the GSVVM club members, sitting on the rails of those club boats.

Maybe next year some of us will be.
Posted by Gondola Greg at 5:19 PM