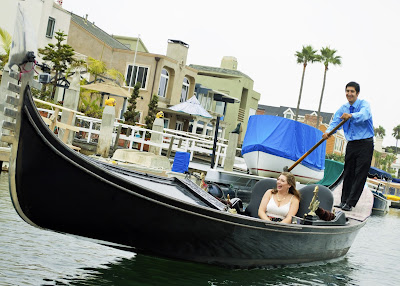 On Monday morning, under a serenely overcast sky, Gondola Company of Newport manager Eddie Rivera helped his girlfriend Jessica onto a gondola in Newport Harbor.
She suspected something was up.
He was dressed up, and not wearing stripes,
she had been dressed and primped for this "date" by her best friend,
oh, and then there was the fact that it was their ten year dating anniversary.
I was heading out for a workout-row on the pupparin,
and decided to follow at a distance so I could witness what followed. 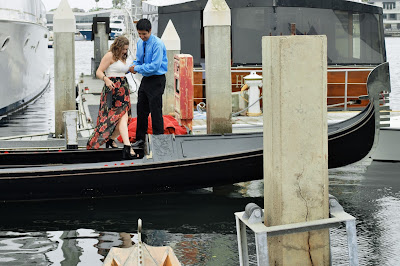 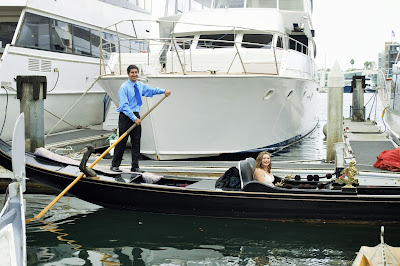 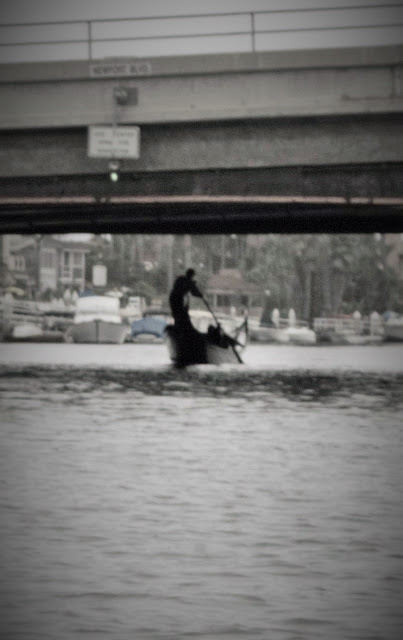 Under the Newport Boulevard bridge.

Once they reached a nice spot up in the canals,
Eddie stowed his oar and climbed into the passenger area of the gondola. 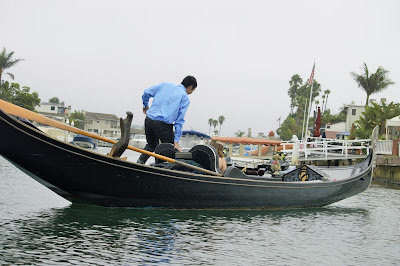 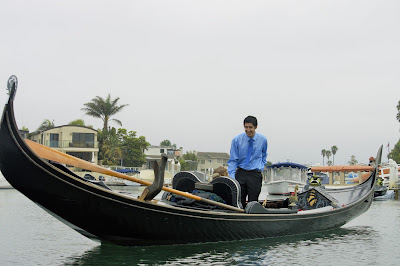 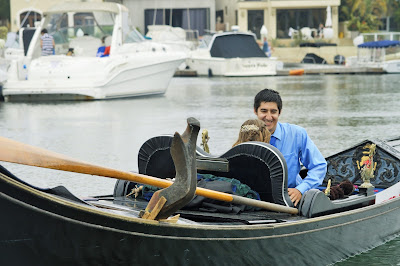 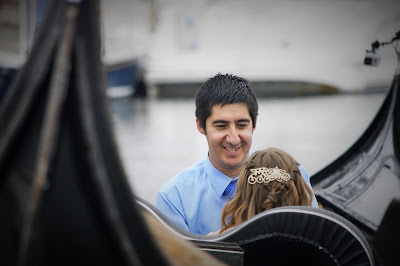 Aaand yes, proposing!
Sure enough, Eddie asked the big question.
She said "Yes", of course.
And how could she not?
Eddie had commissioned a custom engagement ring which included diamonds and an amethyst (her birth stone) - both were from dear relatives, and held great significance.
Eddie knows how to row a gondola.
He also knows how to commission a great ring.
And on Monday morning he turned out to be pretty darn good at asking a big question. 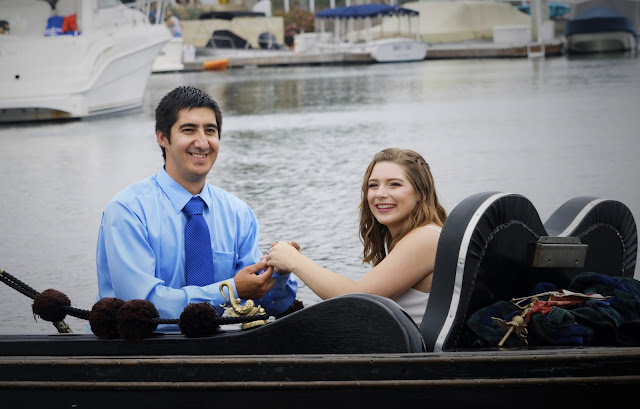 Putting on the ring. 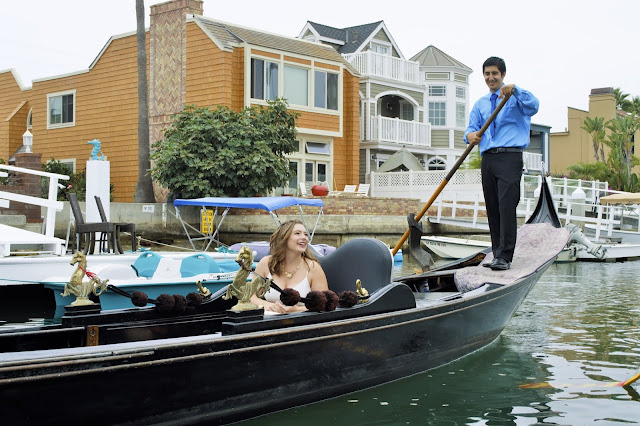 Cruising afterwards, the mood was fantastic. 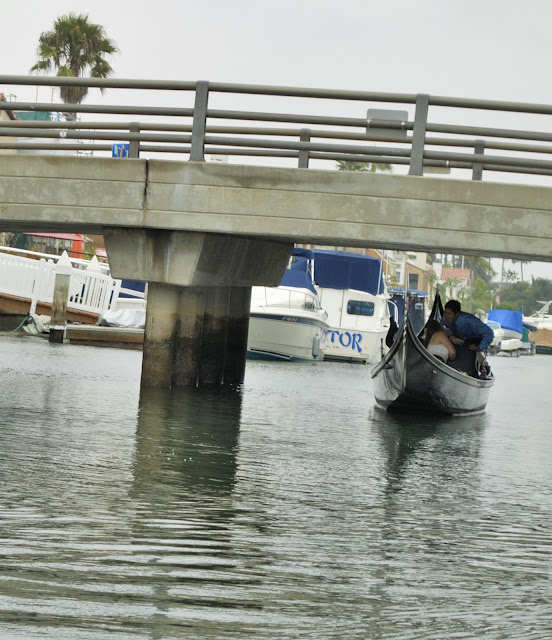 The newly engaged couple shared a kiss under the 38th Street bridge. 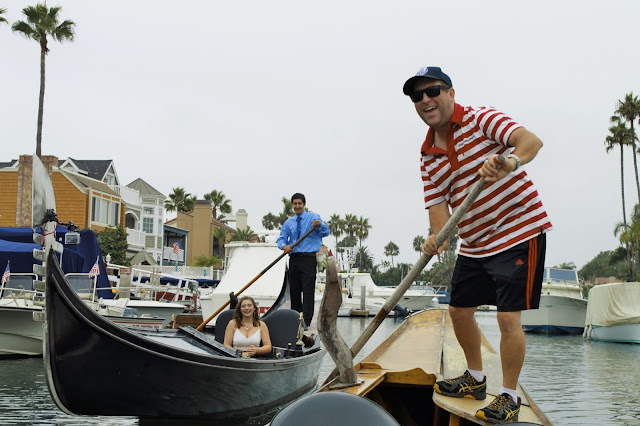 After the question was asked and the answer was given,
I was able to approach the boat and chat them up a little.
Everyone had a great time. 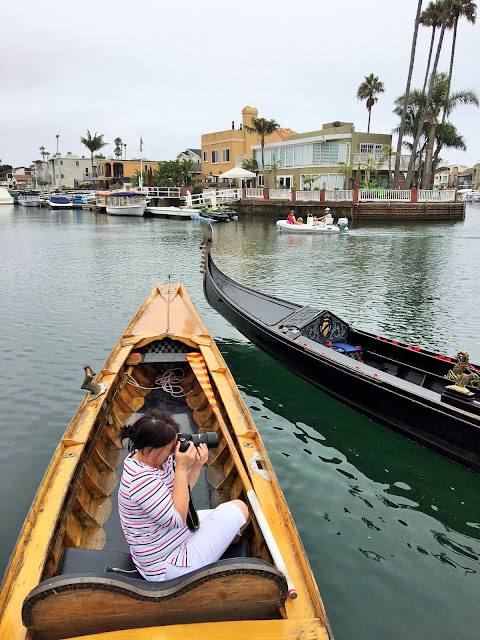 I had Ella on the boat with me, shooting some paparazzi-style photos.
We were both honored to be there.
We see a lot of proposals, but it's not every day
that we get to see a gondolier propose.
Congratulations to Jessica and Eddie.
May the memories of this great day brighten your lives forever. 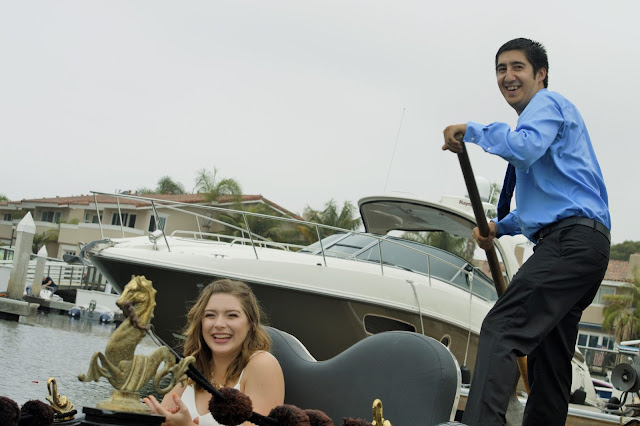