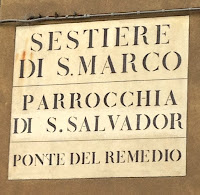 After the remarkable experience of watching the Regata Storica (an event that most non-Venetians never see), from what is arguably the best seat in the house (on a gondola with friends who are gondoliers), Andrew McHardy decided to take in what could be described as the polar opposite - he visited a vortex of tourist activity:       the "Bridge of Sighs".

Sure, the Rialto is probably the most photographed bridge in Venezia, but the one that has all the legend-lore, the one that all the couples want to kiss under, is that odd enclosed bridge that's a floor or two above the main level.
The romantic belief is that if a couple kisses under this bridge, while the sun is setting, and the church bells are ringing...their love will last forever.
This idea was significantly propagated with the movie "A Little Romance",
with Diane Lane back in 1979.
Since then everyone in the english-speaking world has wanted to enjoy the same experience, and gondoliers who row that route, have, of course enjoyed fulfilling the demand.
So after all the excitement of the regata had passed, our intrepid Kiwi friend
(yes, the guy's from New Zealand) stepped behind the Ducale Palace to see what all the fuss was about.
Here he is in position, and ready for the thrill.
Now if we could just get Diane Lane in that seat next to him. 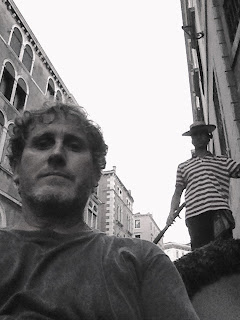 Afterwards, Andrew captured this little snippet of video
with the Bridge of Sighs in the background.


Of course there's more than one bridge over that canal, and if you're in the right place, you can snap a nice shot with several of them spanning over the water, with gondolas gliding beneath. 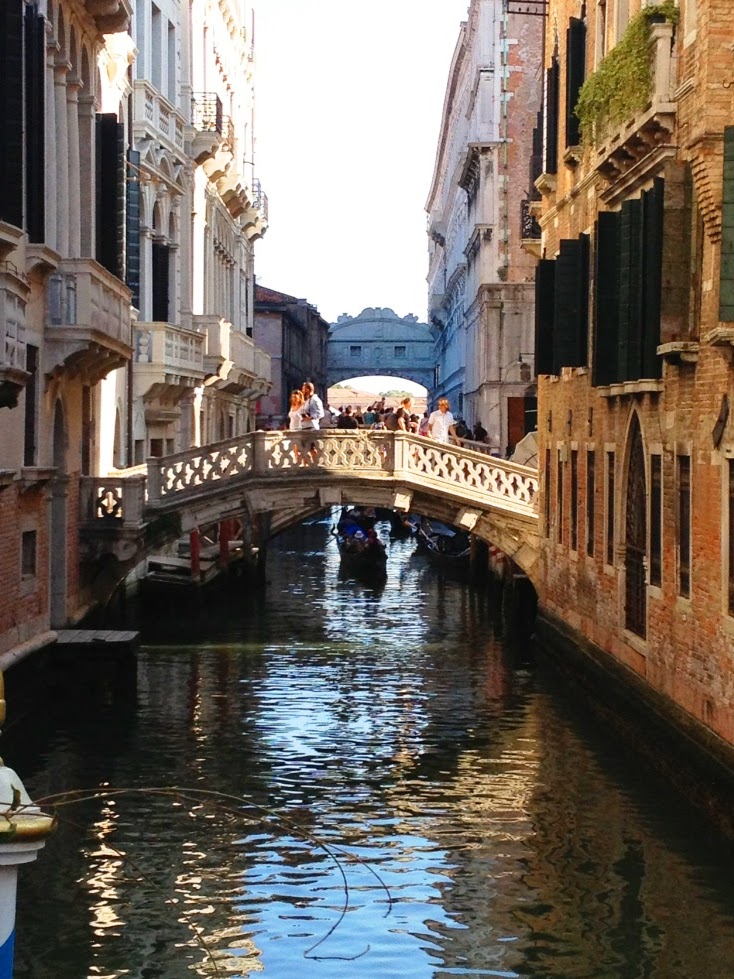 So that's what the tourists all line up for.
It's nice, really. I can see why a trip down this particular waterway has become so darn popular.
I can also see why so many gondoliers aspire to row there.

Thanks to Mr. McHardy for making us all a bit jealous.
Posted by Gondola Greg at 3:28 AM