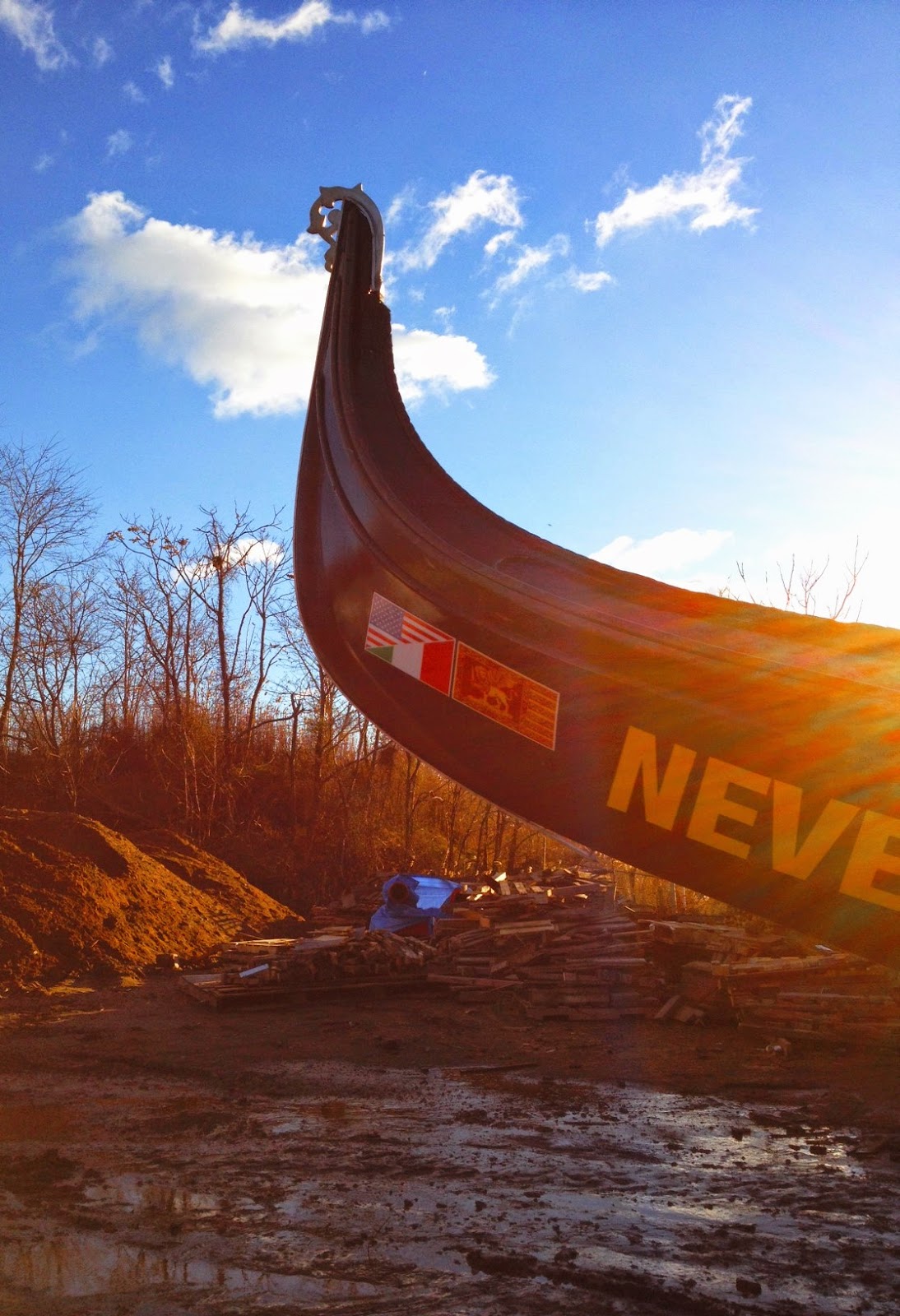 Shamrock, Texas.
That’s where she was when I last spoke to the truck driver.
A little town in the “top hat” of the Lone Star State.
Shamrock, population 2,029.
I doubt that he stopped there for anything but a bathroom break.
I saw the driver two days ago when he shifted into first gear
in Rahway, New Jersey.


He was a man of determination…determined to get the heck out of cold weather and back into a warmer climate.


Don’t get me wrong, the temperature wasn’t all that cold.
It was the bitter arctic wind gusting in from Canada that made things a bit less tolerable.
Truth be told, even the Canada Geese were complaining!
I heard them do so many times as they flew over the muddy storage yard I was relegated to as we loaded “her” into the driver’s truck. The “her” was a Venetian gondola -  the reason we’d traveled to a Newark suburb in January.

About eight years ago, I was fortunate enough to meet the legendary Vittorio Orio – a retired gondolier in Venice, Italy, who may have stopped rowing passengers, but he certainly hadn’t stepped off the back of the boat.
He had rowed several remarkable expeditions on a gondola.
His was the first ever English Channel crossing by gondola.
Nereo Zane arranged for me to meet the living legend,
and we made our way to the rowing club known as the Remiera Francescana, which is located in the Arsenale.
I found Vittorio to be polite, respectful, and while he spoke absolutely no English, Nereo helped us carry on a conversation.


Vittorio asked me if I’d like to plan an expedition in the U.S. to row with him and a few of his Venetian colleagues.
A year later we converged in Albany, New York for a six day, 150 mile row down the Hudson River.


It was a “tribute row” for the fallen heroes of 9/11.
Vittorio arrived with Enzo and Bepi from Venice.
John Kerschbaum of Minnesota and Chris Harrison of Texas rounded out the team.


We all rowed (four at a time) down the Hudson River to Ground Zero in Manhattan on my gondola “The Phoenix”.
This Gondola Blog was actually launched for the sole purpose of chronicling that one journey.


As it turned out, I realized that there were more stories to tell,
so I kept writing, and with help from many of my friends in the gondola community, we haven’t found the “end of the freeway” as far as gondola stories are concerned.


Two years after the Hudson River expedition, another gondola arrived in New York.  This one hadn’t been trucked out from California – it was shipped across the Atlantic from Venezia.
Vittorio, Enzo, Bepi, and another friend, Alberto, rowed this gondola for two days in a circumnavigation of Staten Island. 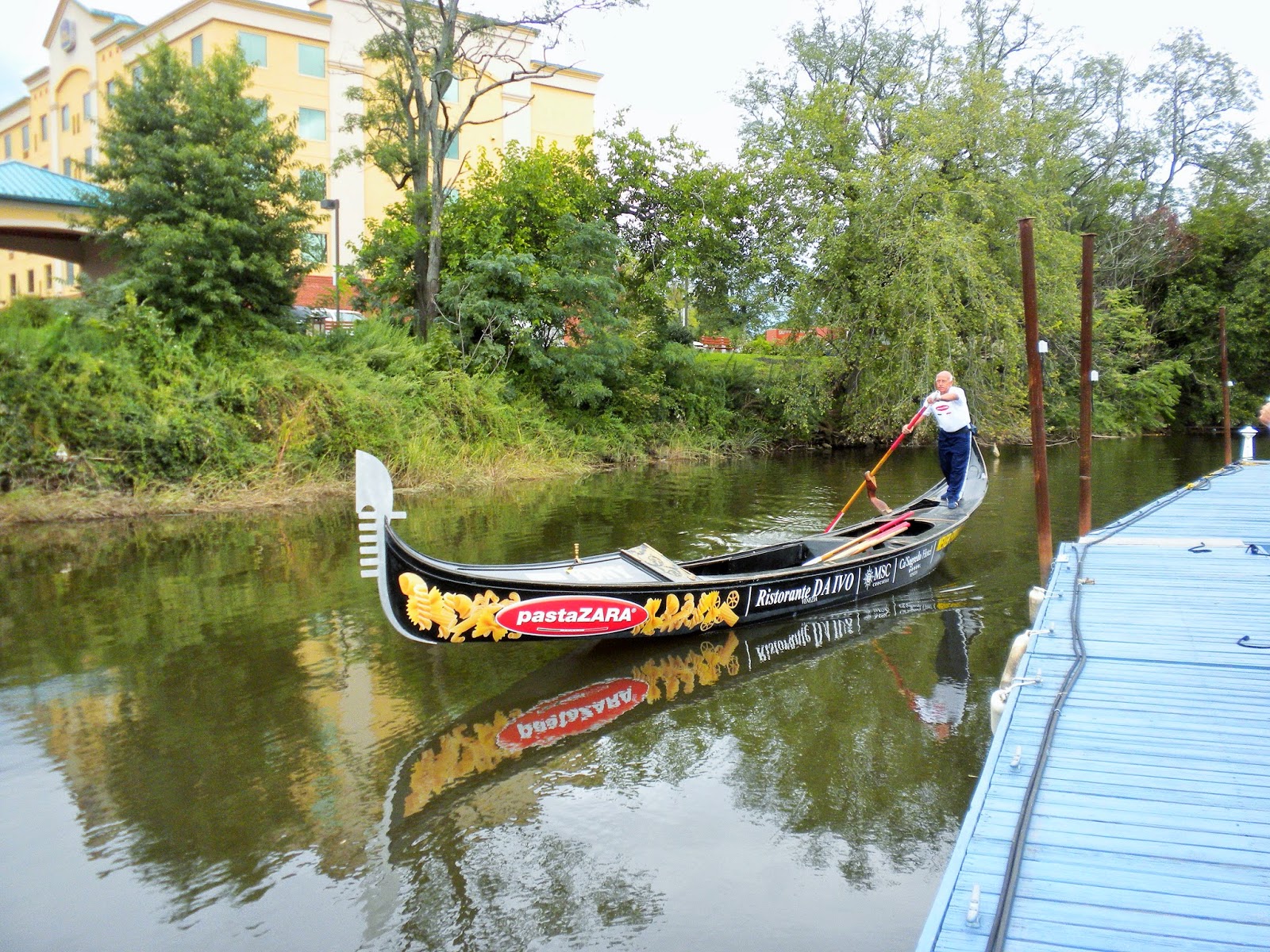 Like the expedition two years earlier, the gondola was towed by a fire truck in the Columbus Day Parade down 5th Avenue.


Vittorio and his crew may be Italian, but they are some of the most patriotically American guys I know.
This was also done in tribute to those who gave their lives on September 11th of 2001. Some of the decals on the boat were even the same as the ones we had on the Phoenix in 2007.
And then there was the huge pastaZARA decal on the bow.
I followed the Staten Island row through news reports, never heard what the plan was for the gondola, and afterwards, I assumed she’d been shipped back to where she came from.


In October I received a message from Vinnie Tummino, a New York firefighter who had been the main FDNY contact in both the ’07 and ’09 expeditions.
“Do you want to buy a gondola?” was the question.


As it turned out, the boat had never left the U.S.,
and she was sitting in an industrial facility in Rahway, New Jersey. 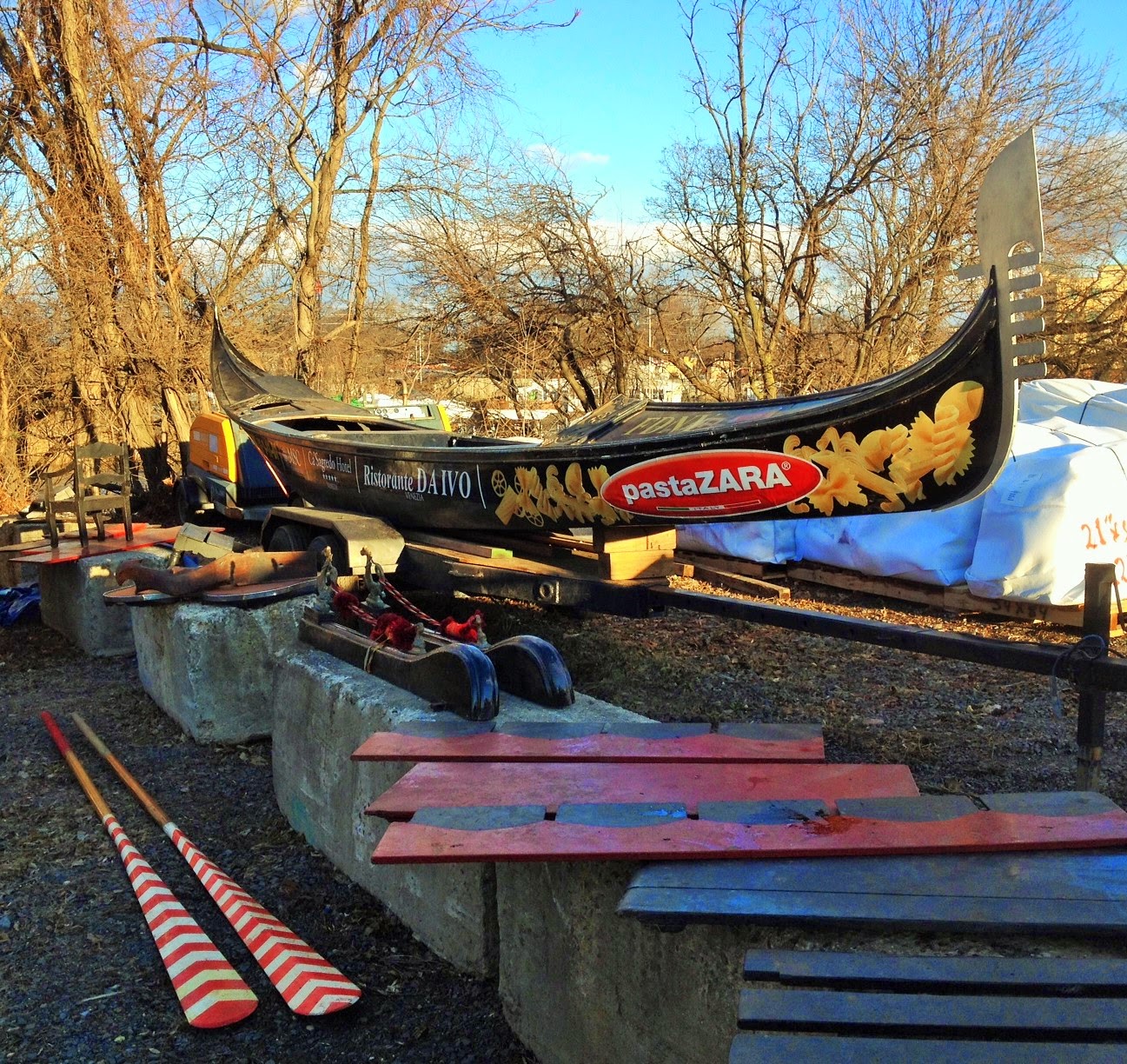 A classic “on again, off again” pattern followed,
where I was the second in line.
By mid-November I’d given up on the boat.
But on December 13th I heard back that the other folks had folded
and if I wanted the boat, she was mine for the purchase.


From the first offer in October, to the second opportunity in December,
my situation changed substantially because it had been decided
that we would host the U.S. Gondola Nationals here in Newport.


We will need lots of gondolas to do it right, and a boat like this will help.
One of the main features that attracted me was the fact that the boat has four forcole and four busi (the holes in the deck that hold the forcolas).
My hope is to include a four-oar event in November,
and this boat will be perfect for it.


As I write this now, I imagine the boat has entered Arizona
and I pray that she is still riding securely in the back of the truck. 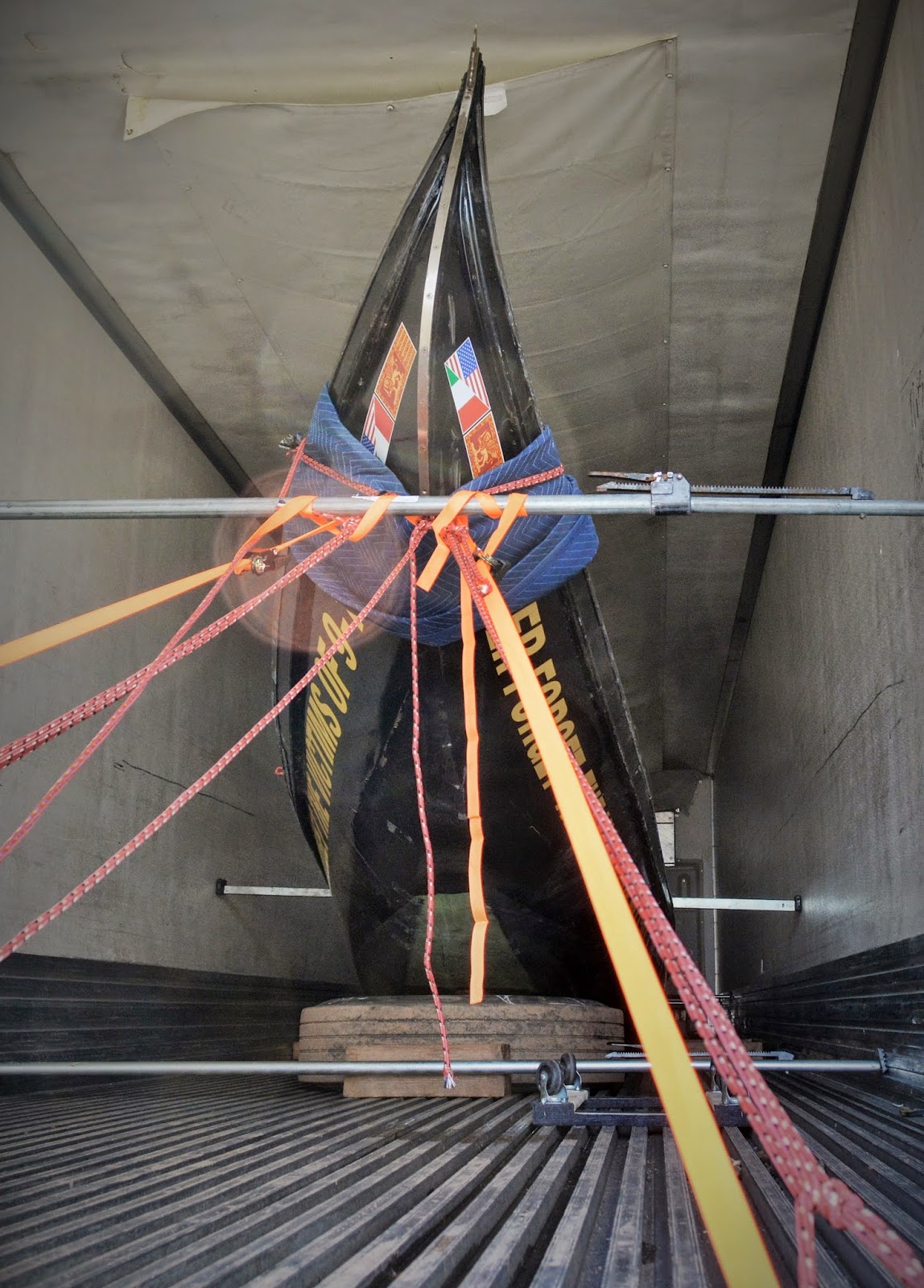 I used almost three hundred feet of rope, five compression bars, two wood blocks, and one old truck tire.
Additional wood support systems were built
to keep her from sliding sideways in either direction
(big thanks to Steve Forlenza in New Jersey for those clever units).

Not long from now, a team of eager gondoliers and I will meet up with the driver, and with the help of some tow truck operators, we’ll carefully bring her safely to the ground and bring her to her next appointment:
beauty prep for Valentine’s Day.
With a little luck, V-Day will help cover some of the costs associated with buying and getting her here.


Rest assured, you will be reading more about this gondola in future posts.
And as we discover more about her past, so will you.

If you want to row her, I invite you to join us here in Newport for the U.S. Gondola Nationals in November.
Posted by Gondola Greg at 11:00 PM