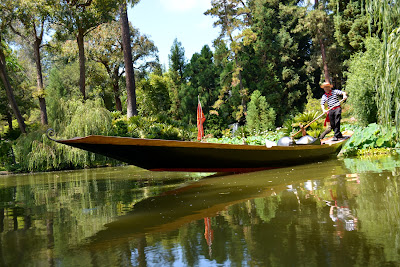 After the adventure of getting the Contessa down to the water and dipping her in, we were treated to lunch by the staff at Lotusland and then my wife and I dressed the boat for the event.
I changed into my stripes and spent some time getting to know the waterway there.
Elisa snapped a few photos as I did my best not to look stupid - thankfully she didn't take any photos when I found myself tangled up in the Weeping Willow branches (which happened more than once). 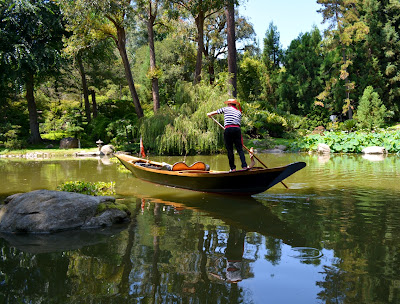 Rowing in this small body of water was definitely manageable, but I think I now understand what it's like to be a big fish in a small fish bowl.
Knowing what the pupparin was capable of, It was a bit like driving
a race car around the floor of a basketball court.


Ah, but she sure did look great on that pond.


I don't want it to sound like I'm complaining, I had a ball that day,
and when the event began, things got even better. 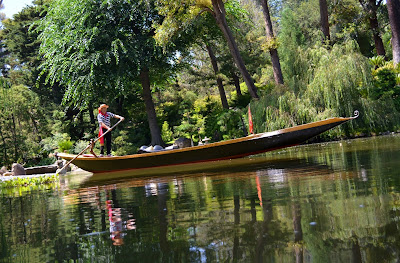 This was a special event for Lotusland, one that they only do once a year. The theme this year was romance, and so bringing in a Venetian boat with a singing gondolier fit the theme nicely.
There were five hundred people on the guest list; each and every one of them entered the property at the edge of the lake before walking on to other parts of the property - meaning that the Contessa and I were their first impression. 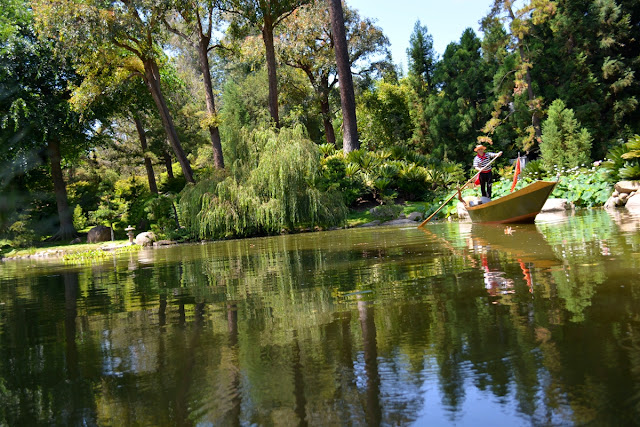 I rowed, I sang, I bowed and tipped my hat when appropriate.

The event coordinator told me it was a hit, and I had a great time doing it.
I came in with a repertoire of ten Italian songs, and sang for two hours -

singing each of them several times while doing my best to never sing the same song twice until I was sure I had a fresh group of guests on the shore.


Really, the most challenging part of this whole endeavor was the singing -
I never realized how taxing it can be to sing non-stop for so long.


I had a small amplifier on the boat, which the event planner provided,
it wasn't something I'd wanted to work with initially,
but after about 45 minutes (and some poor vocal placement),
I was thankful to have the assistance. 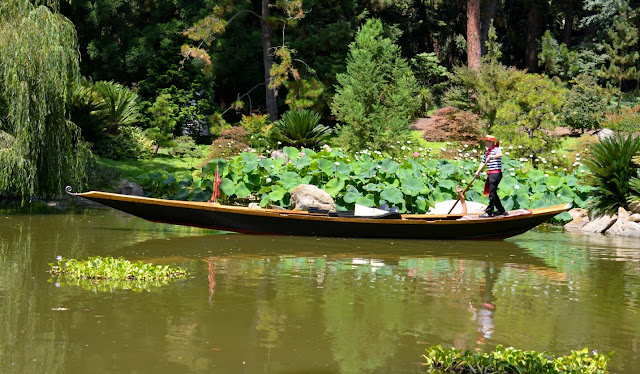 With the exception of a few early run-ins with the willow branches,

I managed to avoid bumping and grinding with any of the obstacles in and around the water. The lotus plants, which are so significant that the whole place was named after them, were never touched either. 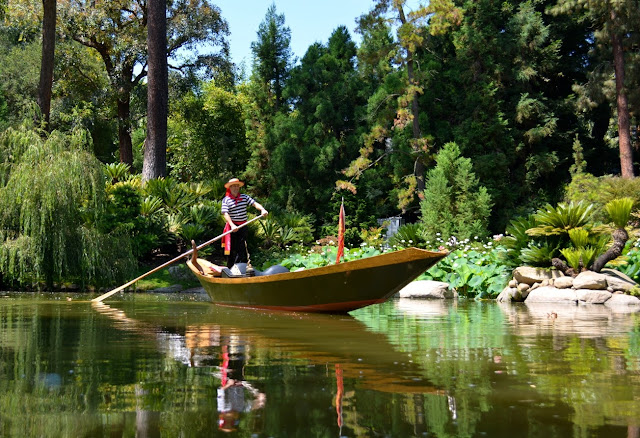 A gondolier once said:
"being a gondolier is like being a monkey at the zoo".


You are on display and people expect you to do certain things.


This was definitely the case that evening as I rowed and entertained the guests, but it was a blast. 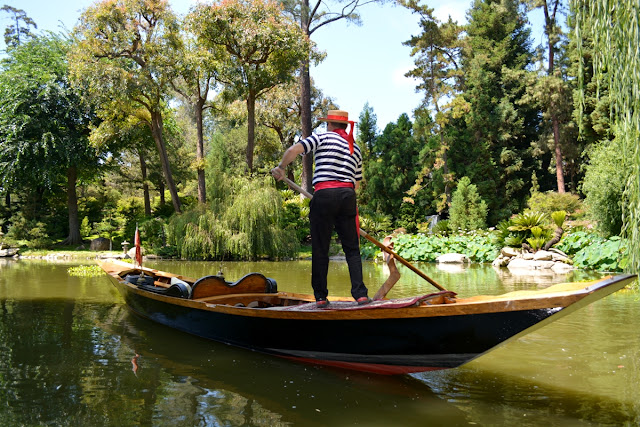 As is often the case with my passengers, I think I had more fun than my audience there at the garden. 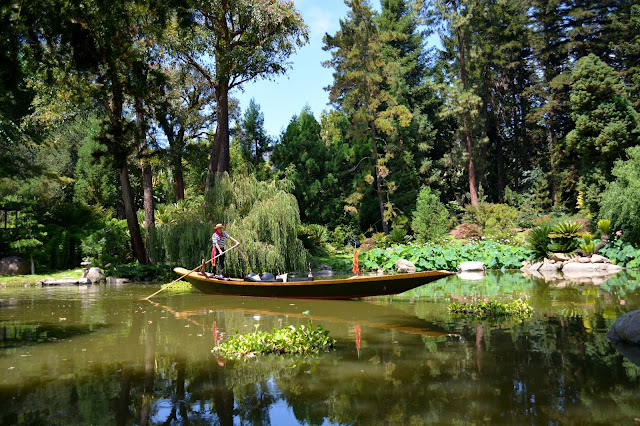 Could you be so kind as to tell me what are the common repertoire of gondola singers?
I am trying to locate the title of a particular song sang by the gondola singers in Macau. I suspect it is Italian. I remembered snippets of the song that seems to go like this..... ' ...your way is my way, we will be together ..' Appreciate if you can tell me the title of the song.