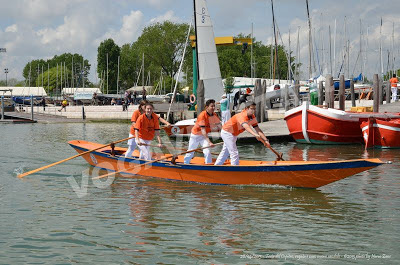 In the midst of all the excitement and ceremony of the "Festa del Capiteo",
the GSVVM also found time to launch another new boat - a beautiful four-oared sandolo.
There are so many great people at the GSVVM, and it seems almost unfair to only point out one of them.  But then again...he did build the boat.
In fact Luigi Marcuzzi is responsible for a lot of beautiful traditional rowing boats in the lagoon - most of them are orange and blue (the club colors).
Here are a few shots of the boat, taken by Nereo Zane while she was under construction. 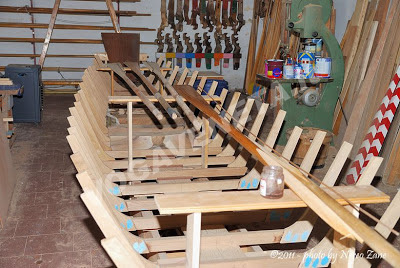 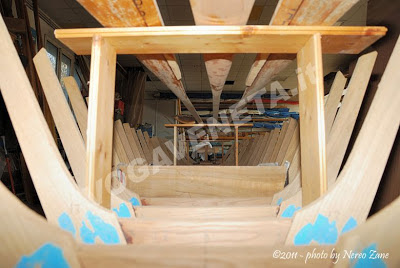 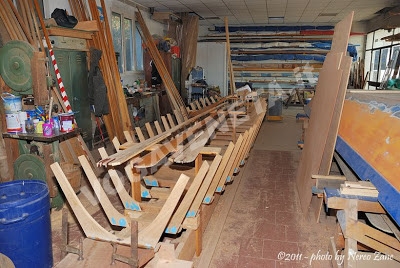 This sandolo is the fourth built by maestro Marcuzzi, and her first official participation will be in the "Festa della Sensa" on May 12th.
On her launch day, the boat was rowed by four of the youngest members of the club, who seemed to like rowing her quite a lot. 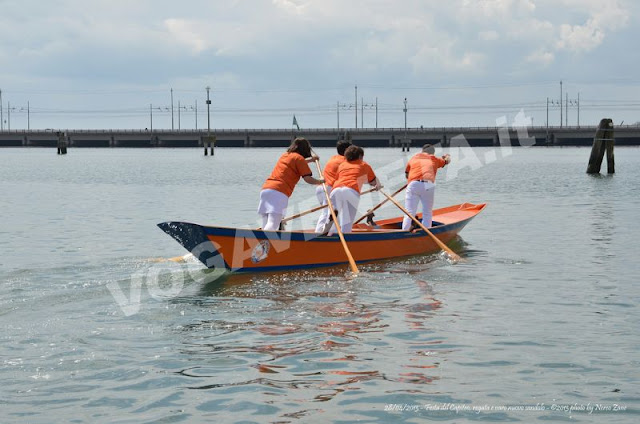